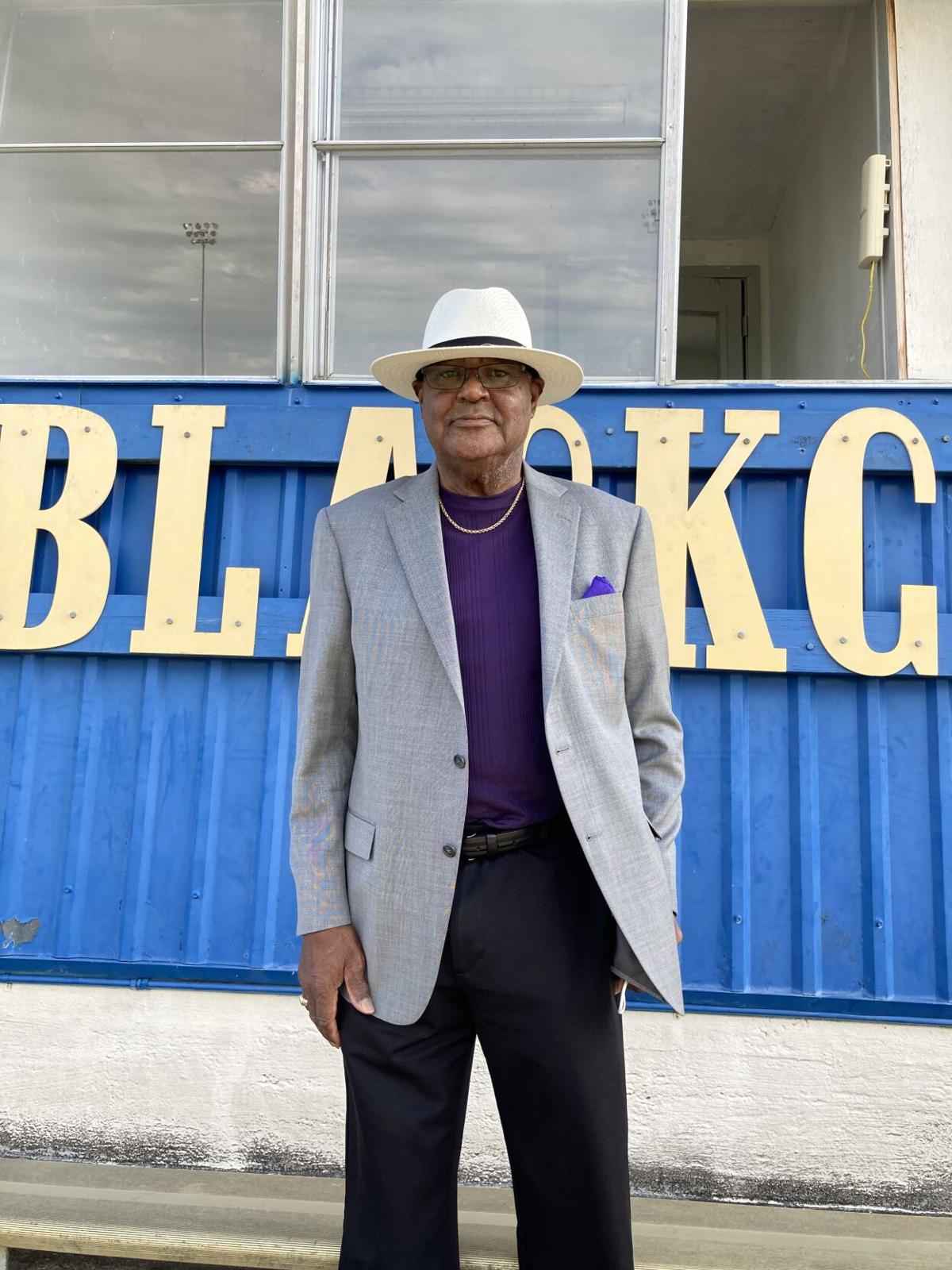 Bay City Hilliard graduate Ronnie Ford will be inducted into the Prairie View Interscholastic League's Hall of Honor/Hall of Fame in July. 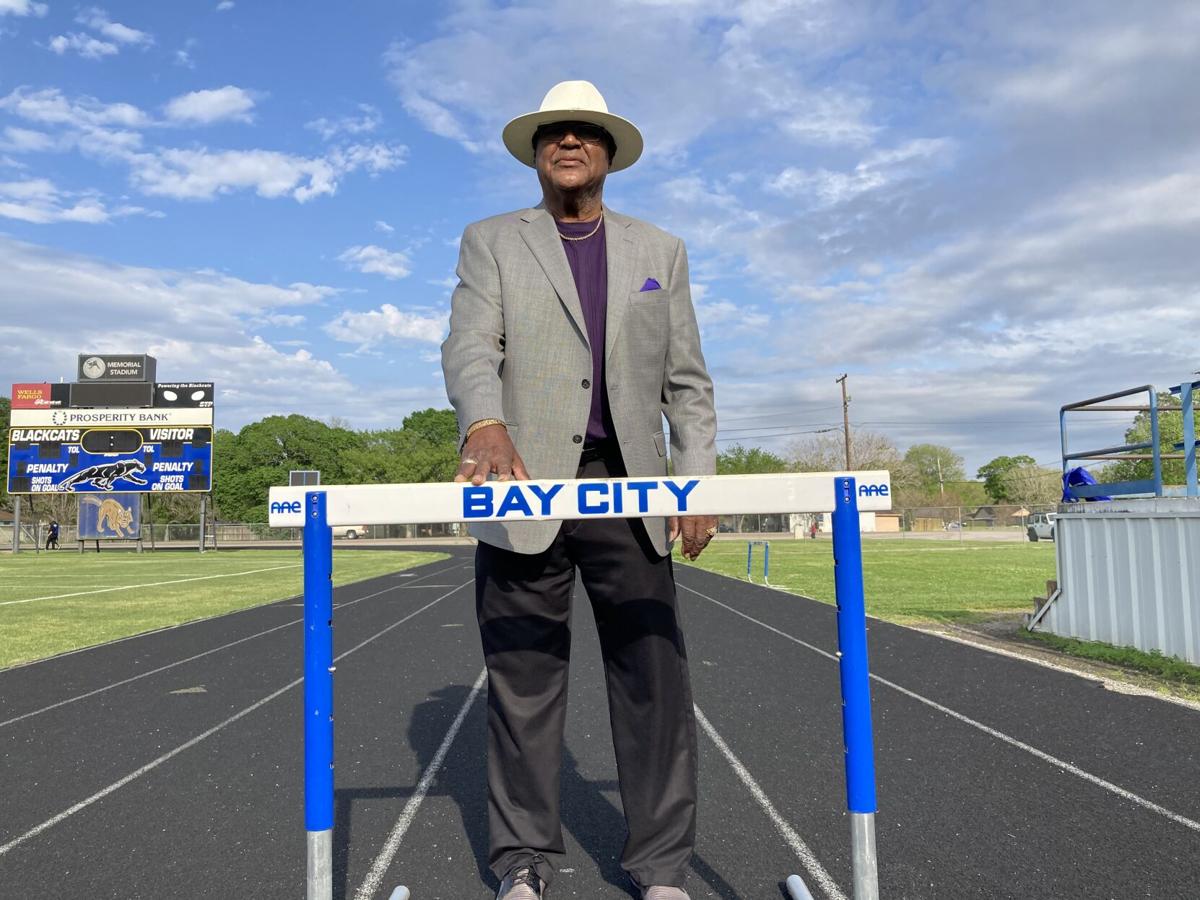 Bay City Hilliard graduate Ronnie Ford will be inducted into the Prairie View Interscholastic League's Hall of Honor/Hall of Fame in July.

BAY CITY — Ronnie Ford looked down from the stands and pointed to the empty track at the old Memorial Stadium.

Ford was about to become a senior in high school when he attended a summer practice at the stadium led by legendary coach Joe Rogers and ran a 9.8-seconds 100-yard dash.

Ford became the “only brother” on Rogers’ club team and set a national Junior Olympics record in the 180-yard hurdles.

He also earned an invitation to run track for Rogers at Bay City High School, when the school opened its doors to Blacks in 1965.

But Ford elected to remain at Hilliard High School where he ended his track and field career by winning six medals – five gold and one silver – at the Prairie View Interscholastic League state meet.

“Joe Rogers came and asked my mother if I would come over there,” Ford recalled. “At the time, I didn’t want to come. I guess I had all my friends there (at Hilliard). You know you’re young and you just want to be with your friends. You know you’re not ready for that right then.”

Ford, 73, has fond memories of his time at Hilliard where he played football and basketball in addition to running track.

Ronnie Ford won three gold medals in the hurdles at Bay City Hilliard High School and will be inducted into the Prairie View Interscholastic League’s Hall of Honor in July. pic.twitter.com/6e5kBRERCD

Ford was coached in football and track by Joe Washington Sr.

Ford credits Washington for helping him excel in the hurdles, where he won gold medals at the PVIL state meet as a sophomore, junior and senior.

“He was a coach,” Ford said. “He was a really good coach. He motivated you because you were scared of him. He really helped me in track.

“I was having trouble with my steps and the blocks,” Ford added. “He told me he had moved the hurdle one-yard up. But he hadn’t moved it. He was just trying to trick me and I got it right.”

Ford played quarterback, running back and receiver on the football team and point guard on the basketball team.

He earned the nickname “Tricky” from his basketball coach for his ability to dribble the ball between his legs. He scored 24 points at a state tournament game and made the all-tournament team.

Ford and his Hilliard teammates would practice at the high school before playing football games on Saturday at Memorial Stadium.

Hilliard competed against schools from Seguin, Gonzales, Yoakum, Wharton, Cuero and Victoria, where Ford got a taste of a segregated society.

“You look back at it and we’d go to football and basketball games and go to places and we weren’t able to go in there and eat,” he said. “We went to Victoria and we went to a place and our coach had to go in there and get hamburgers and we had to eat them on the bus. There were things like that.”

Ford had scholarship offers from Prairie View and Texas Southern, but accepted a track scholarship from Wharton County Junior College where he wound up playing football before a knee injury ended his athletic career.

“You think about what it would have been like,” Ford said. “I had a good career. I had good teachers as far as academic wise. I’ve got good memories. I’ve met good people. I don’t regret anything.”

Ford graduated with an associate’s degree from St. Philip’s Community College in San Antonio and eventually moved to Lake Jackson with his wife, Shirley, and worked for Dow Chemical Company for 25 years before retiring.

Ford’s son Charles was a two-time state champion in the high jump at Converse Judson and played basketball at St. Mary’s University.

His grandson Robert recently graduated from the University of Southern California where he ran the 800-meter dash and on the 1,600-meter relay team. He is in New York training for the U.S. Olympic Trials.

“I got my son, grandson and granddaughter,” Ford said, “and they got their athletic ability from me.”

Ford was inducted into Hilliard Hall of Fame in 1997 and another honor awaits him this summer.

Ford has been selected by the PVIL coaches association for induction into the PVIL Hall of Honor/Hall of Fame. Induction ceremonies are scheduled for July in Houston.

“It’s a big honor,” he said. “I thought people had forgotten about me. But you look back at the stuff I did and you don’t believe it.”