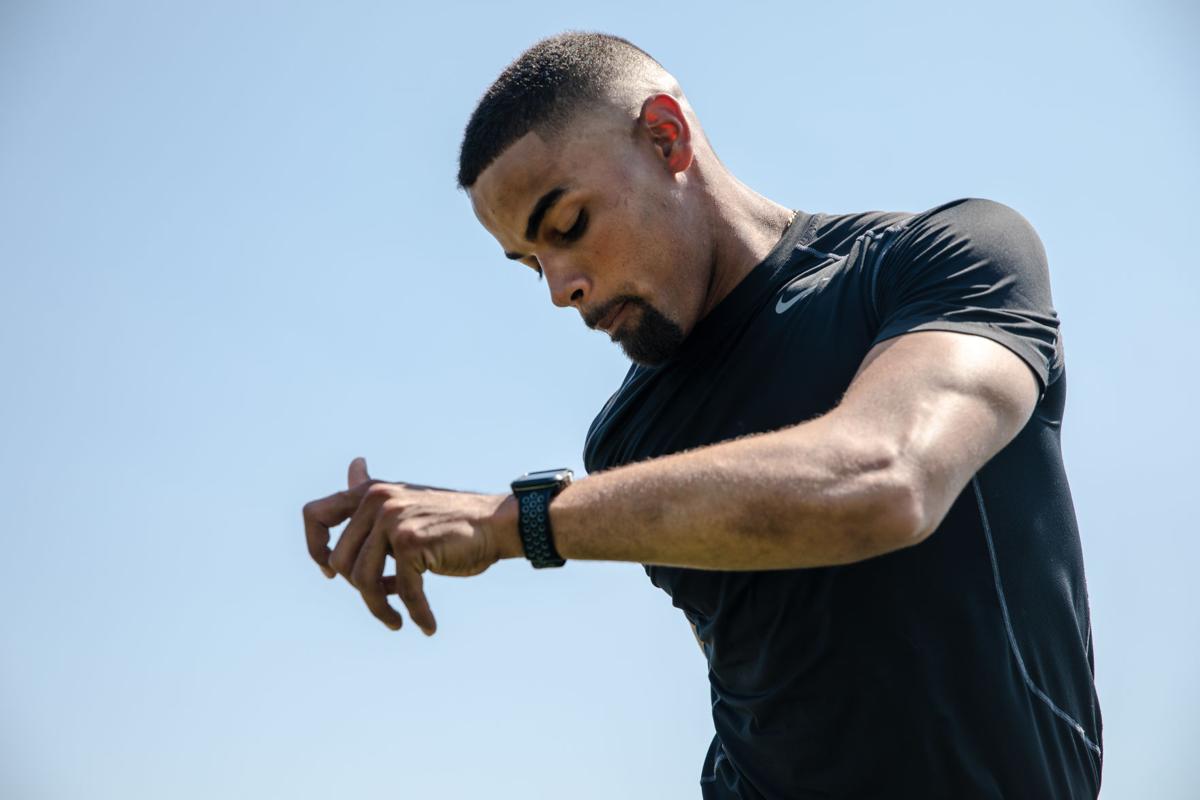 Yoakum graduate and Cleveland Browns receiver Damion Ratley worked out with other area athletes on Thursday at Yoakum’s Bulldog Stadium. 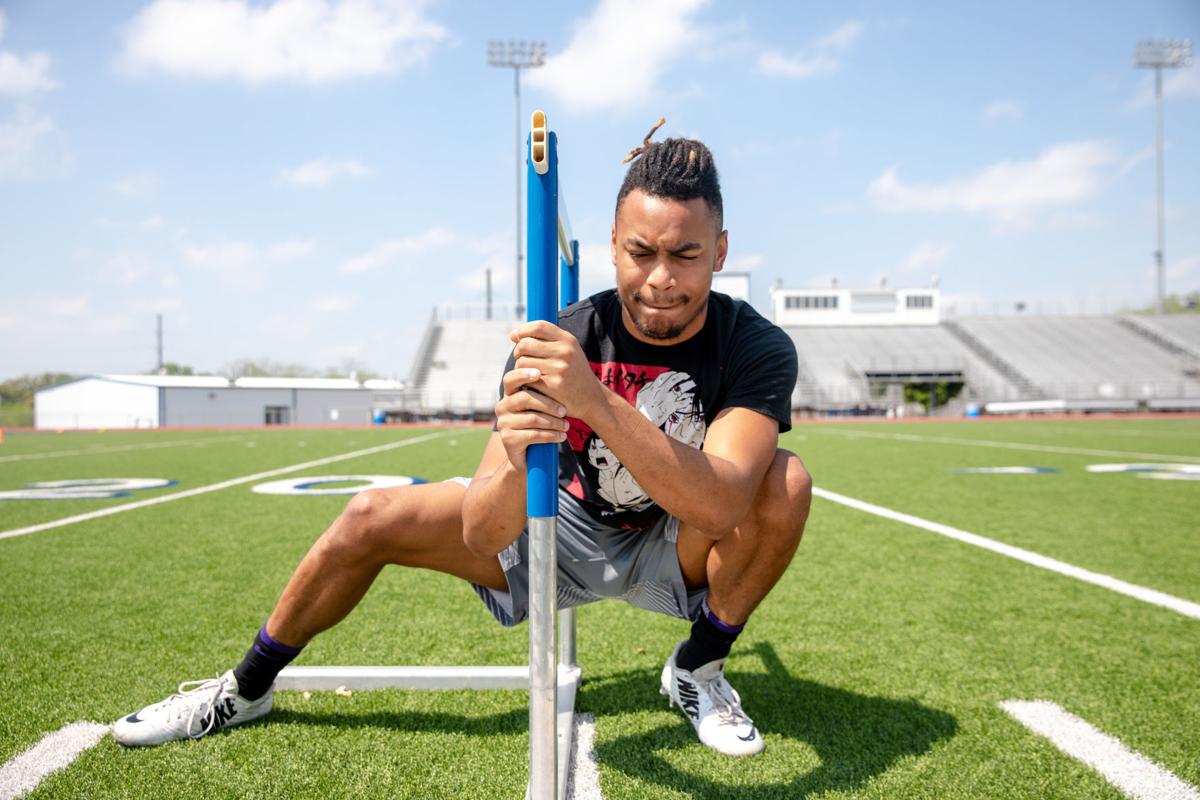 Yoakum graduate Tre’vonte Hights warms up during a workout at Yoakum’s Bulldog Stadium. 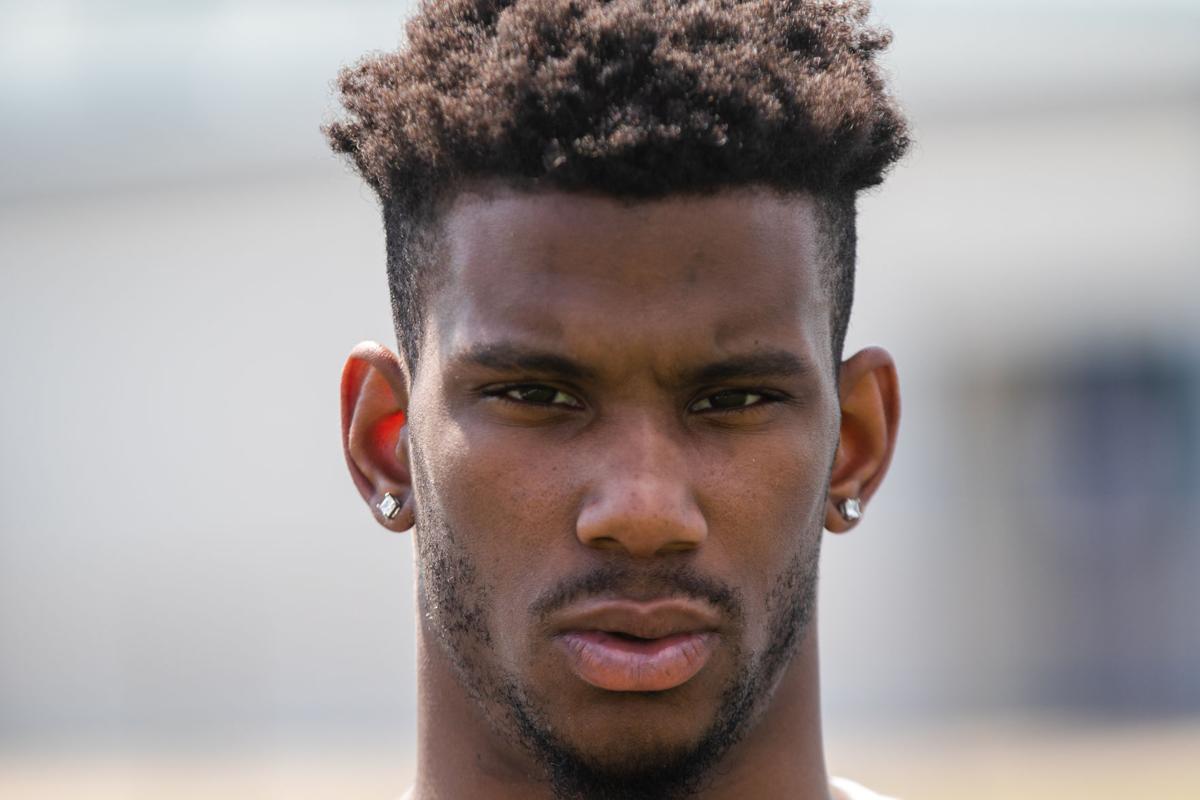 Josh Moore stretches his legs before daily practice on Thursday at Yoakum Bulldog Stadium. Moore has continued to join daily practice from Monday to Friday.

Yoakum graduate and Cleveland Browns receiver Damion Ratley worked out with other area athletes on Thursday at Yoakum’s Bulldog Stadium.

Yoakum graduate Tre’vonte Hights warms up during a workout at Yoakum’s Bulldog Stadium.

Josh Moore stretches his legs before daily practice on Thursday at Yoakum Bulldog Stadium. Moore has continued to join daily practice from Monday to Friday.

YOAKUM – Damion Ratley broke from the line of scrimmage, put a move on Jordan Moore and hauled in a pass from Wille Hights in the end zone.

Ratley’s remark was made in a light-hearted manner, but with a message.

Ratley wanted to emphasize to the small group of players who had gathered at Bulldog Stadium in the blazing heat to take what they were doing seriously.

Ratley held himself accountable, dropping to the turf for pushups whenever Moore got the better of him or he failed to catch the ball.

“It means a lot,” Jordan Moore said. “Seeing what Damion Ratley did just motivates us. What he’s doing now has always been a childhood dream of mine. He did every step we did, the same workout, he went to the same high school, he put on the same uniform. It’s motivation to see him come out here and make me better. You don’t see that everywhere.”

The players are doing their best to stay in shape while official activities have been suspended because of the COVID-19 virus.

“We’re trying to make the best of this right here,” Jordan Moore said. “It’s the first time we’ve been all together. To have all of us out here at the same time and making sure we’re better and putting out for 361 means a lot.”

Jordan Moore was actually one of the luckier players. The University of Houston completed all but the final two days of its spring practice.

“I had a real good spring,” he said. “I’m coming off a decent end of the year after I got over that adversity that I went through. I’m ready and I’m hungry. I’m ready to put UH back on the map.”

Josh Moore and Whittington weren’t as fortunate. Texas was scheduled to begin spring practice Thursday and it has been canceled.

But the stoppage could be the toughest for Tre Hights, who recently completed his career at TCU.

“You can always look back and think you could have done things better,” he said. “But I enjoyed the process for sure. I enjoyed my time there and I’m grateful for everything they gave me.”

Tre Hights graduated from TCU in June with a degree is sociology and a minor in psychology.

He is still taking online classes and hopes to continue playing football, but was dealt a blow when TCU was forced to cancel its pro day.

“I’ve been working out and getting a few calls,” Hights said. “Having no pro day really hurt me. I’ll take whatever route I have to take. I’m also prepared to further my education.”

Tre Hights, who brought his 7-year-old cousin, Trent Hights, to the practice, has already thought about life beyond football.

The players hope to continue with their informal workouts, which often come together at a moment’s notice.

“It’s really crazy.” Jordan Moore said. “We just text, ‘The field at 12,’” and everyone is out there. That’s the crazy thing about it.”