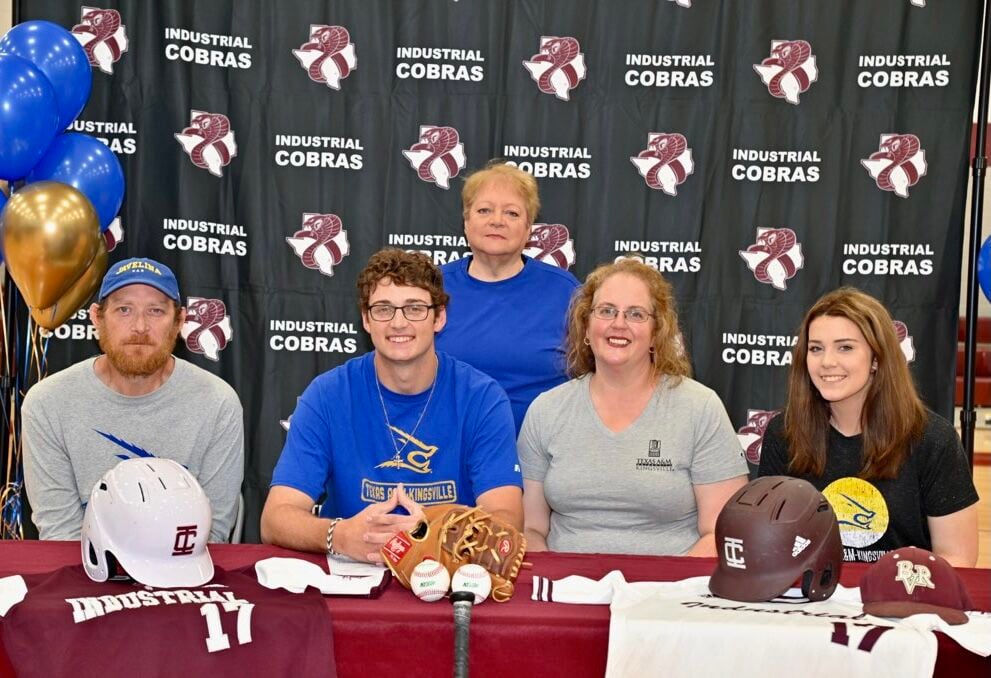 Industrial’s Blake Rogers, second from the left, signed a letter of intent to play baseball at Texas A&M-Kingsville in a ceremony Monday at Industrial High School. 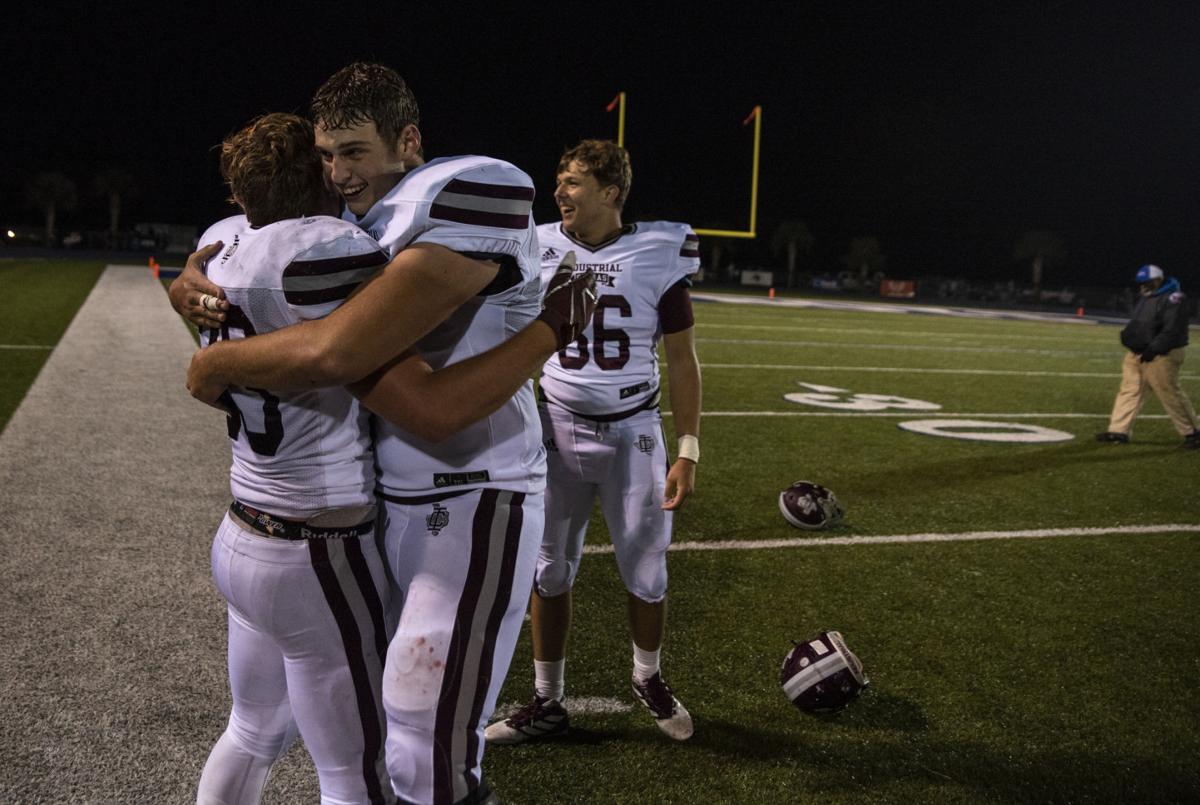 Industrial’s Blake Rogers, second from the left, signed a letter of intent to play baseball at Texas A&M-Kingsville in a ceremony Monday at Industrial High School.

VANDERBILT — The tallest guy in the room is always going to get noticed.

Standing 6-foot-5 and weighing 230 pounds, Industrial’s Blake Rogers has been an impact player for the Cobras on the baseball diamond and the football field.

This week, Rogers got to live out a dream by signing his National Letter of Intent to play baseball at Texas A&M-Kingsville.

“It’s great,” Rogers said. “It’s been my dream to go play pro baseball, but it’s one step at a time. I’ve got that next step to go play college baseball.”

In football, Rogers was a first team all-state offensive lineman as a junior and senior, helping Industrial to back-to-back district titles and consecutive trips to the third round of the playoffs.

A right handed pitcher that also plays third and first base, Rogers has gone 7-3 as a starter and has hit four home runs.

Rogers said he did not have many college offers, but a trip to Kingsville secured his commitment.

In baseball, Rogers helped the Cobras win their final four games to wrap up fourth place in District 28-3A, winning his starts against Tidehaven and Columbus and homering in both games.

Against the Cardinals, Rogers went 4.2 innings, giving up four runs on three hits, striking out eight and going 2-for-3 at the plate with a home run and three RBI.