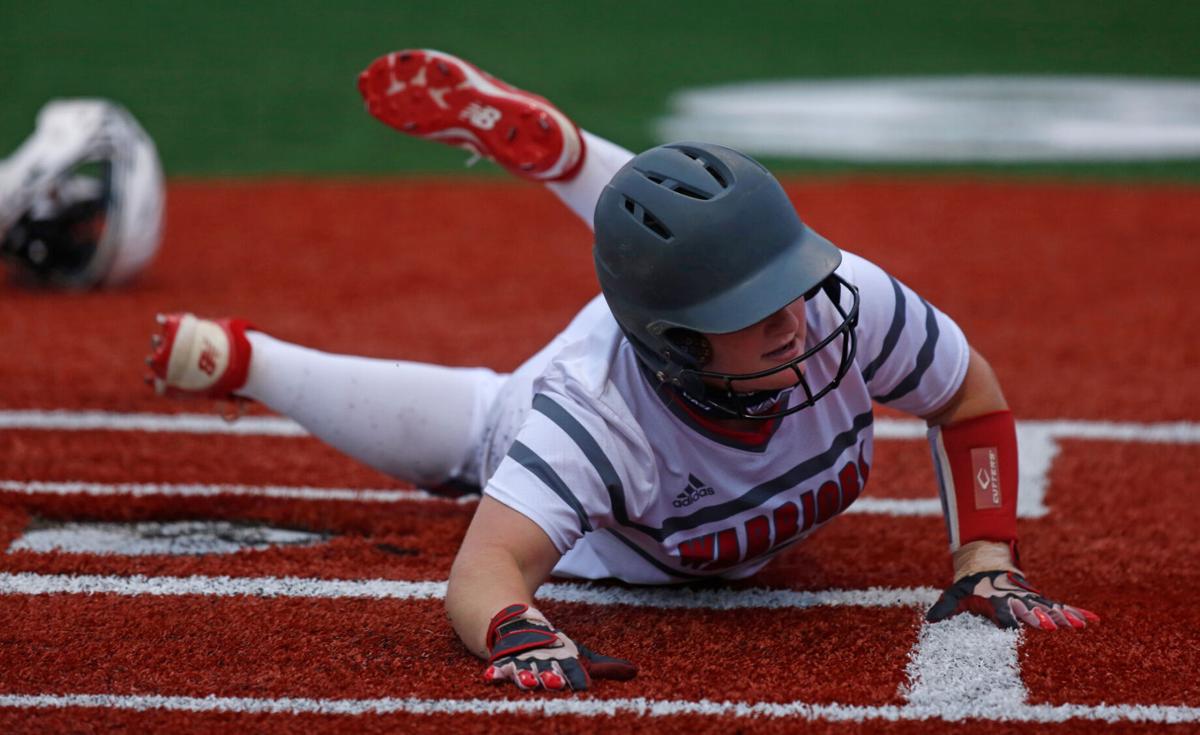 Victoria West’s Christine Wenske slides into home plate to score the tenth and final run of the game against Mission Veterans Memorial during Friday’s Class 5A bi-district round at Robstown Lady Picker Field. West won 10-0. 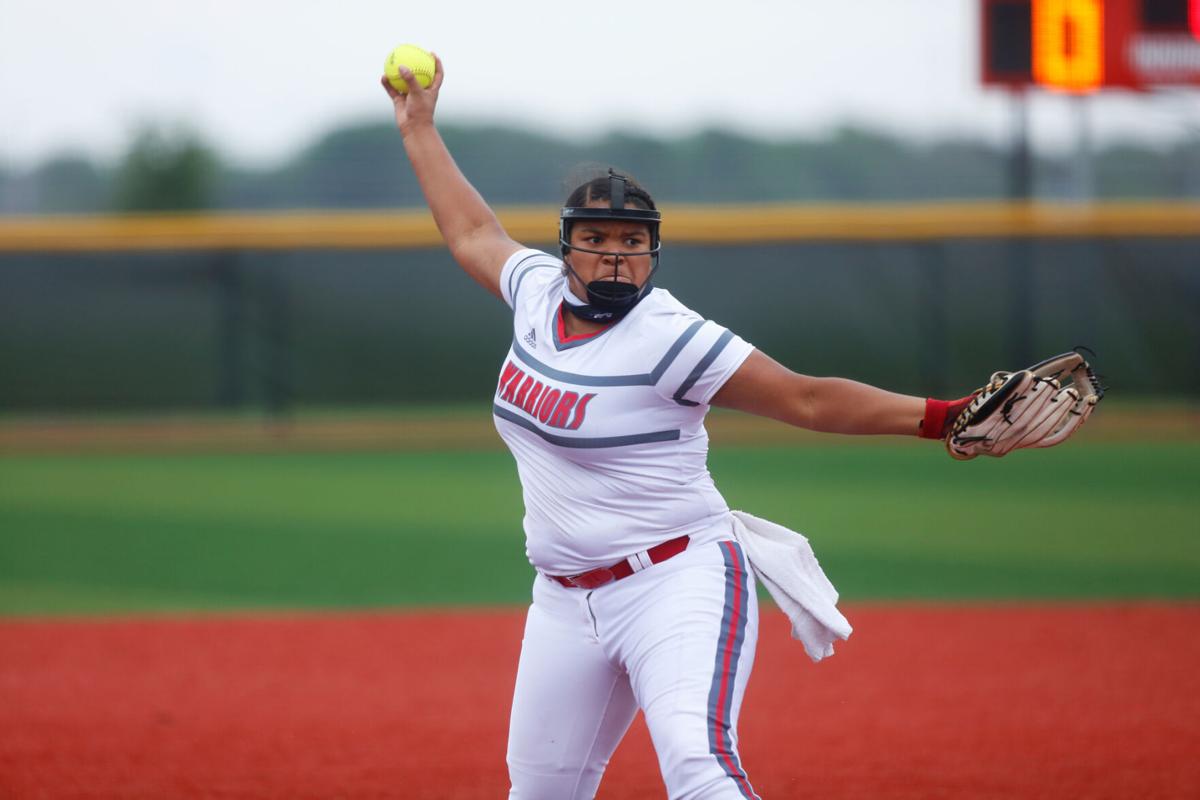 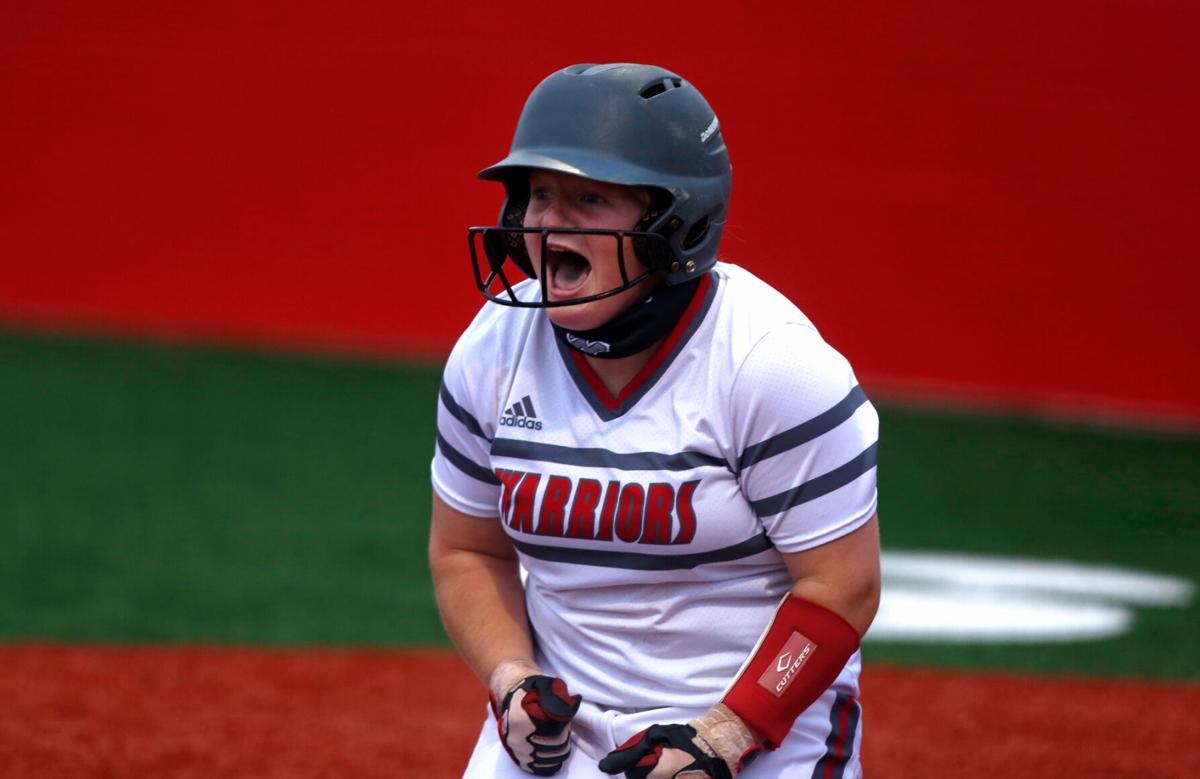 Victoria West’s Christine Wenske celebrates after scoring a run to end the game during Friday’s Class 5A bi-district round against Mission Veterans Memorial at Robstown Lady Picker Field.

Victoria West’s Christine Wenske slides into home plate to score the tenth and final run of the game against Mission Veterans Memorial during Friday’s Class 5A bi-district round at Robstown Lady Picker Field. West won 10-0.

Victoria West’s Christine Wenske celebrates after scoring a run to end the game during Friday’s Class 5A bi-district round against Mission Veterans Memorial at Robstown Lady Picker Field.

The Victoria West sophomore had never played in a playoff game, but that didn’t phase her.

“I knew coming in that if I just trusted our defense and trusted what we knew how to do, that I’d be perfectly fine. I was confident,” she said.

James threw a no-hitter against the Lady Patriots, pitching six innings and striking out 10 while not walking a single batter in the Warriors’ 10-0 Class 5A bi-district win over Veterans Memorial (9-8).

“It’s just a great feeling,” James said. “I’m excited and proud of what we were able to do. I couldn’t have thought up a better first playoff game. It’s all about trust and we had that.”

The Warriors will play the winner of Mercedes and Valley View, date and location to be determined.

West (20-5-1) got on the board early as Sydney Harvey opened the bottom of the first with a triple and Lilly Chavez followed that up with a single to plate Harvey, Christine Wenske followed Chavez with a single to give the Warriors a 2-0 lead.

West struck again in the third, as Katarina Zarate drove in Wenske and Daizie Fuentez drove in Rosales to grow the Warriors’ lead and West scored twice more in the fourth to make it 6-0.

“It says a lot about our lineup that we were able to score in all but one inning tonight,” said West head coach Jody Thompson. “Every part of the lineup did its job tonight at one point or another and so that’s what we are going to need moving forward is everybody doing their part. It’s not always going to be one inning, sometimes it’s chipping away.”

James faced the minimum through four innings before an error in the fifth inning.

“AJ is an outstanding pitcher,” Wenske said. “She is always going to give her best for all of us and I’m just so proud of her for getting that accomplishment.”

West tacked on three more runs in the fifth on a single from Fuentez and a double from Marisa Rosales and after Wenske singled in the sixth, she scored the games final run after a throwing error allowed her to score all the way from first base.

As one of only two seniors on the team, it was a fitting ending.

“It’s a feeling that I’ll never forget, sliding into home plate to score the final run,” Wenske said. “It will be a story that I can tell for years that I did that my senior year and that is how I won my first playoff game.”

The win broke a nine-year drought in which the Warriors had not won a playoff game, dating back to 2012, it was also Thompson’s first win as a head coach.

“I knew that I’d be here because this team is just phenomenal,” Thompson said. “I couldn’t ask for a better team in my first year as head coach and they just make it so fun. I hope it’s the first of many, and with this group I really do believe that we could go a long ways.”

But Thompson was most happy for her seniors.

“It’s so rewarding to give that back to Christine (Wenske) and Josie (Balderaz) and to see their faces, especially Wenske when she crossed home plate,” Thompson said. “She’s had struggles this season with her health and injuries and to see her experience that, that’s all the satisfaction I’ll ever need.”