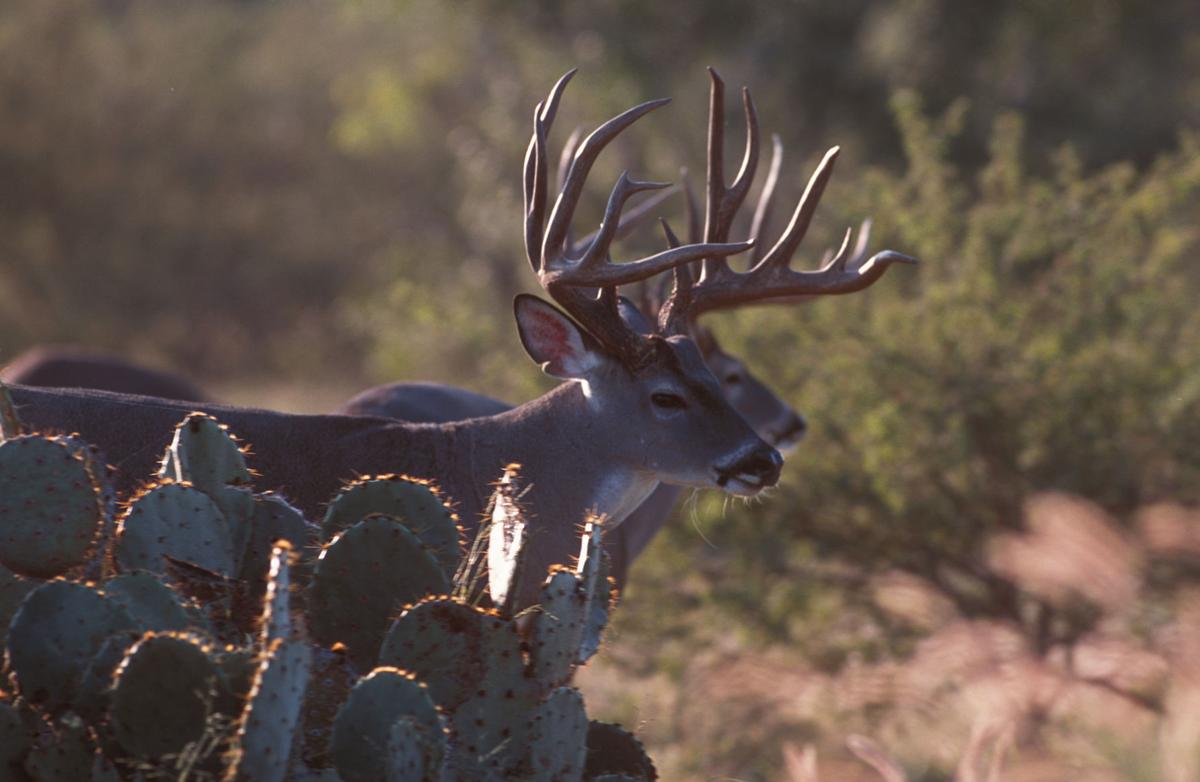 Seeing even one buck like this is a noteworthy treat but seeing two at once is unimaginable. These two bucks are rare-even for the Brush Country of South Texas, but every year, bucks like these are brought to ice in several regions of Texas. 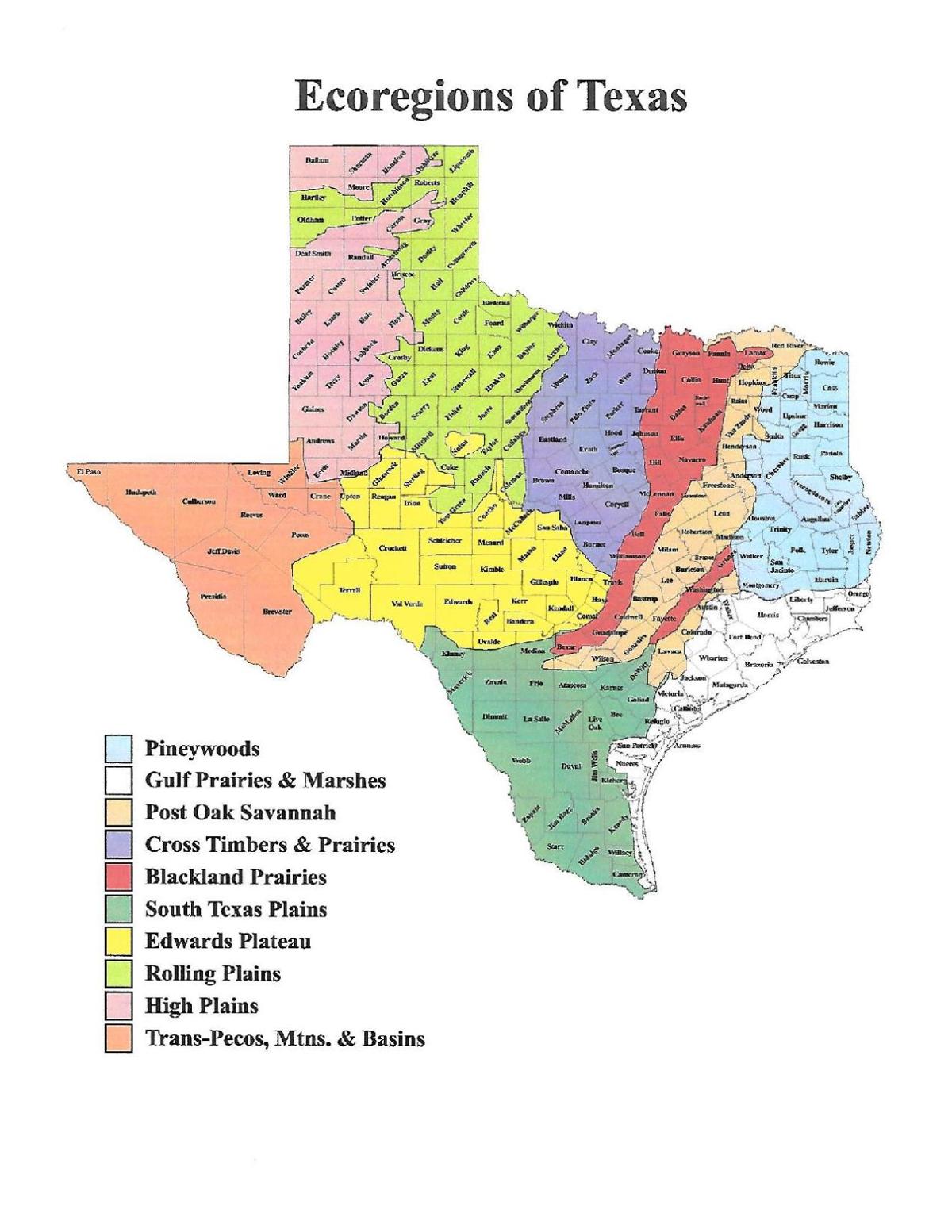 A map of the ecoregions in Texas

Seeing even one buck like this is a noteworthy treat but seeing two at once is unimaginable. These two bucks are rare-even for the Brush Country of South Texas, but every year, bucks like these are brought to ice in several regions of Texas.

A map of the ecoregions in Texas

In general, white-tailed deer population has grown to an estimated 5.4 million from the previous estimate of four million! Improved survey practices combined with Nature caused the increase.

Rains and weedy nutrition came at the right time for antler development, which should be ABOVE average. Cain also expects high fawn survival, perhaps over 50%. It’s usually around 40%.

The Cross Timbers region northeast of the deer-rich Hill Country contains the second most whitetails. Highest deer densities are in areas northwest of Killeen – as high as 133 deer/1,000 acres in places. It’s grown every year since 2005. Cain expects an increase in bucks 5.5 – 6.5-years of age this season. In 2018, 62% of bucks harvested were over 3.5- years old. Hunter success was 66%. Some great bucks should be harvested there this year.

The Post Oak Savannah runs from the Red River to around Floresville with the highest concentrations of deer along I-10 and the lowest along I-20 east of Dallas. Of harvested bucks, 63 % of them were 3.5 years old and Cain predicts a few more 6.5-year-olds this season. Hunter success last year was 61%. A buck/doe ratio of one buck for every 4.5 does screams for increased doe harvest.

Population trends in the Pineywoods have fluctuated for the past five years. Fawn production has been low, but antler restrictions have reduced the number of young bucks being shot and others being allowed to age, resulting in good numbers of 1.5, 2.5 and 6.5 bucks this year. As always, Cain foresees the usual number of “tremendous bucks” being brought to ice.

Winding down from the Pineywoods to the Gulf Prairies and Marshes, north of Highway 59, 42% of harvested bucks were 4.5 years old. Not bad. Below Hwy. 59, the habitat becomes more coastal, so the population declines. There are still plenty of deer and good buck age structure.

South Texas remains a place antler-envy addicts consider paradise. Rightfully so. Native habitat is excellent, but conditions and sex ratios vary due to management practices. The 2015 fawn crop indicates more 4.5-age bucks, but fewer 5.5 and older ones. Generally, antler quality will be above-average due to conditions during the critical antler growing period.

Landowners, lessees or others moving or hunting nilgai, deer or other wildlife located in a fever tick quarantined area must have the animals or hides inspected before movement. Affected areas begin in Kinney County and include every county to the south bordering the Rio Grande and curls up the coast to Willacy. Also included are inland counties Jim Wells and Jim Hogg.

John Jefferson, “Woods, Waters and Wildlife” columnist, may be reached at 512-219-1199 or on his website, johnjefferson.com.