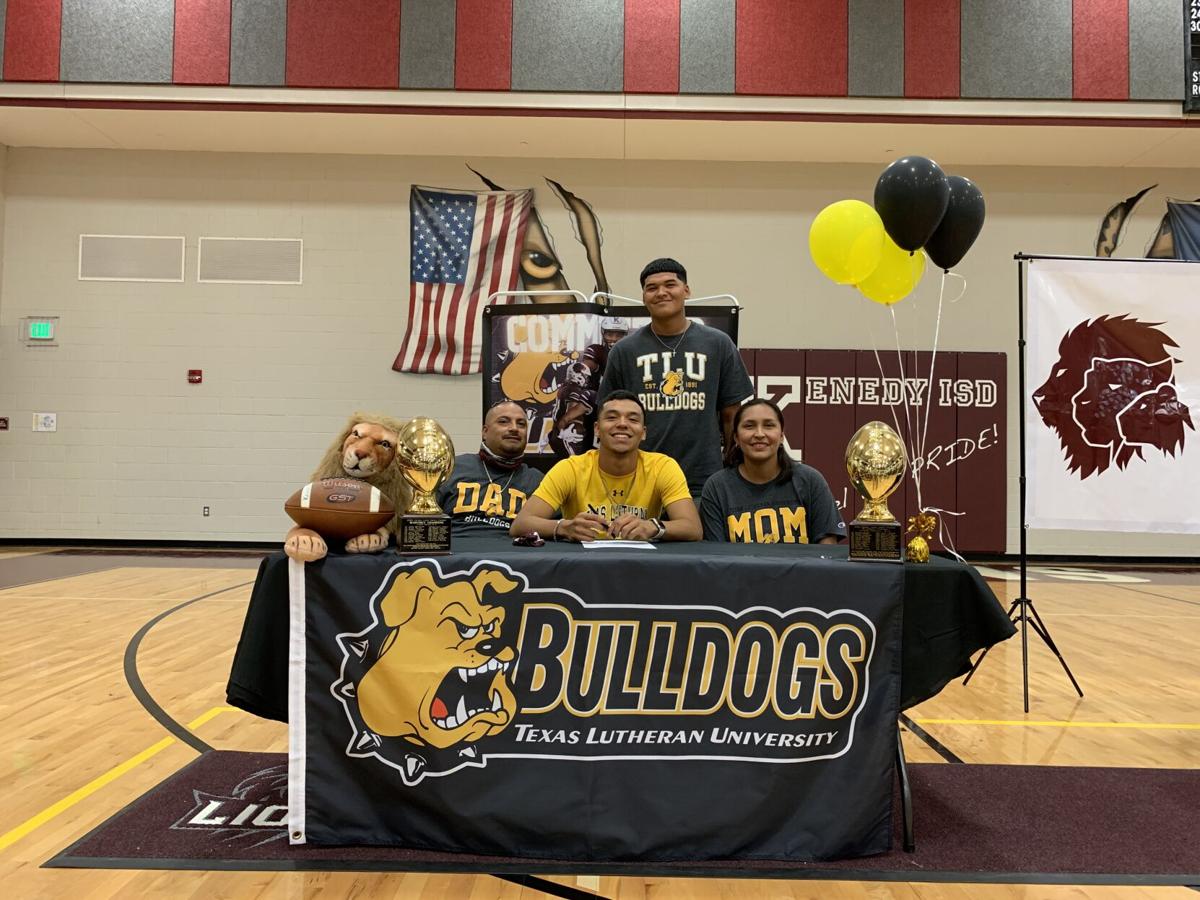 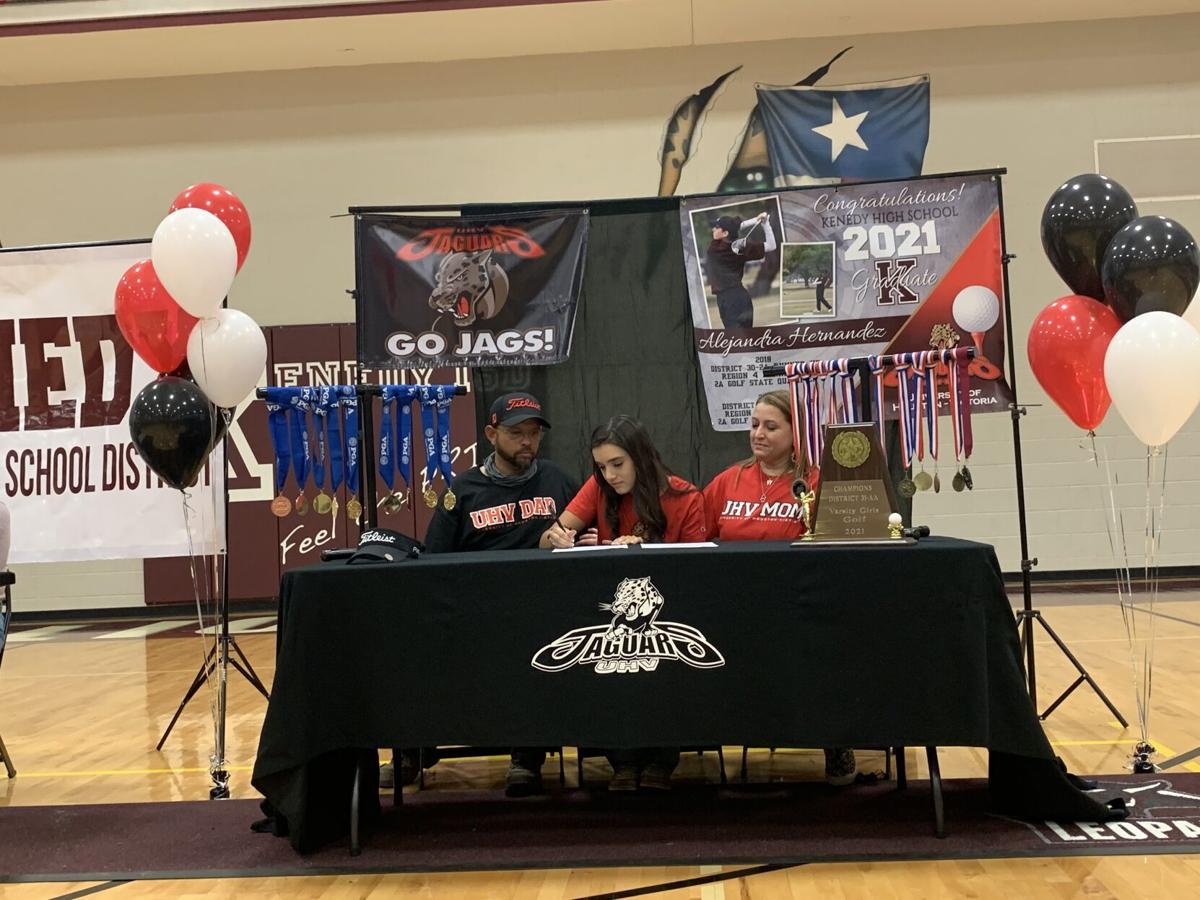 Kenedy’s Alejandra Hernandez committed to play golf at UHV in a signing ceremony at the Kenedy gym on Tuesday.

Kenedy’s Alejandra Hernandez committed to play golf at UHV in a signing ceremony at the Kenedy gym on Tuesday.

KENEDY — A pair of athletes who brought success to Kenedy accomplished a dream on Tuesday afternoon.

“To me it means working hard every day,” Hernandez said. “Sometimes I got tired of wanting to play golf and practice, but it’s what’s going to get me to my future and it’s what really I wanted to do.”

After making the playoffs as a junior, Salais rushed for 1,151 yards as a senior and led the lions to a win over Ben Bolt in the Class 2A, Division I bi-district round, Kenedy’s first playoff win since 2013.

Salais had verbally committed to Mary Hard-Baylor but chose TLU after a visit that made him feel welcomed.

Salais, who plans to study education, will join a program that has been heavily recruiting athletes from the Crossroads in the past year.

Hernandez has been an accomplished golfer for the Leopards and her signing day table had the individual medals to prove it.

Hernandez was a state qualifier as a freshman and sophomore and was expected to qualify was a junior in 2020.

Hernandez’s mother, cousins and teachers at Kenedy all went to UHV, so the Jaguars were on her mind as she used the Next College Student Athlete (NCSA) app, to get in touch with UHV head coach Garrett Adair.

That formed a dialogue and led to a scholarship offer, allowing Hernandez to accomplish a dream of playing college athletics and study nursing.

Both Salais and Hernandez are still competing in track and golf and have qualified for regionals in their respective sports.

Hernandez headed to Corpus Christi the moment the signing ceremony ended and will compete at the Class 2A, Region IV tournament at the Lozano Golf Course Wednesday and Thursday.