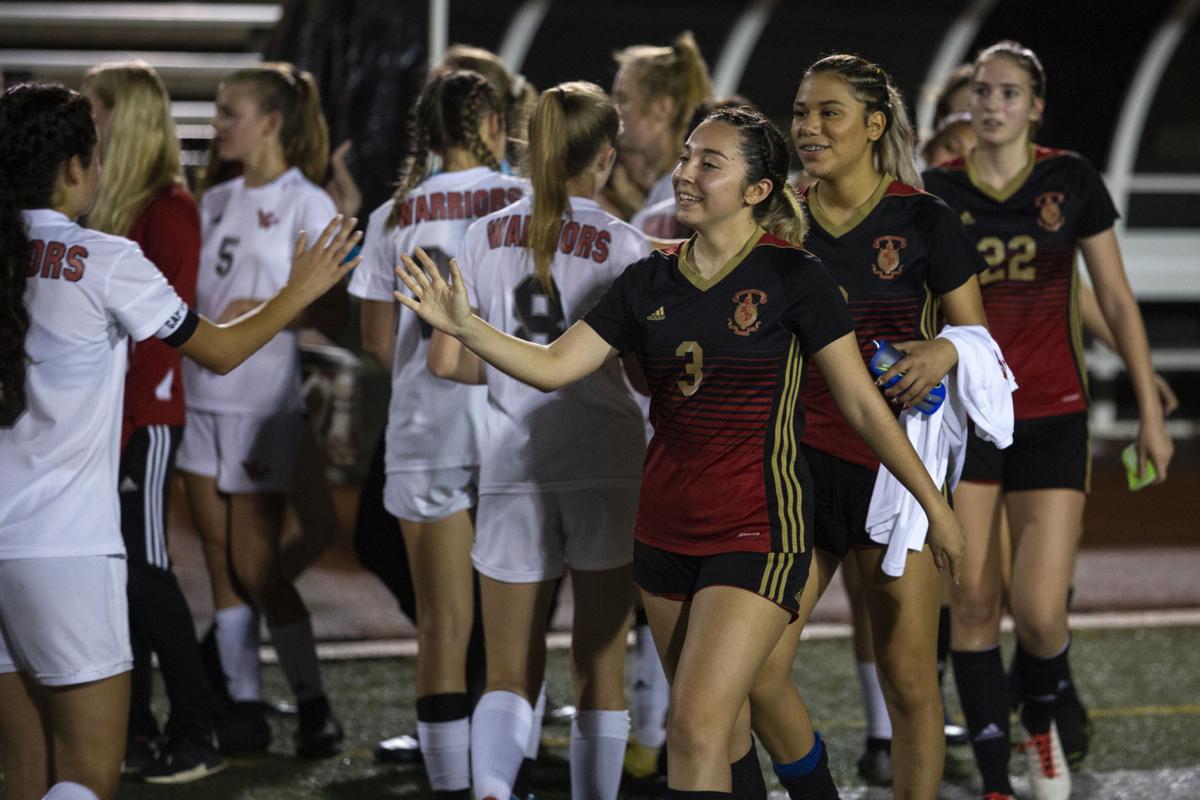 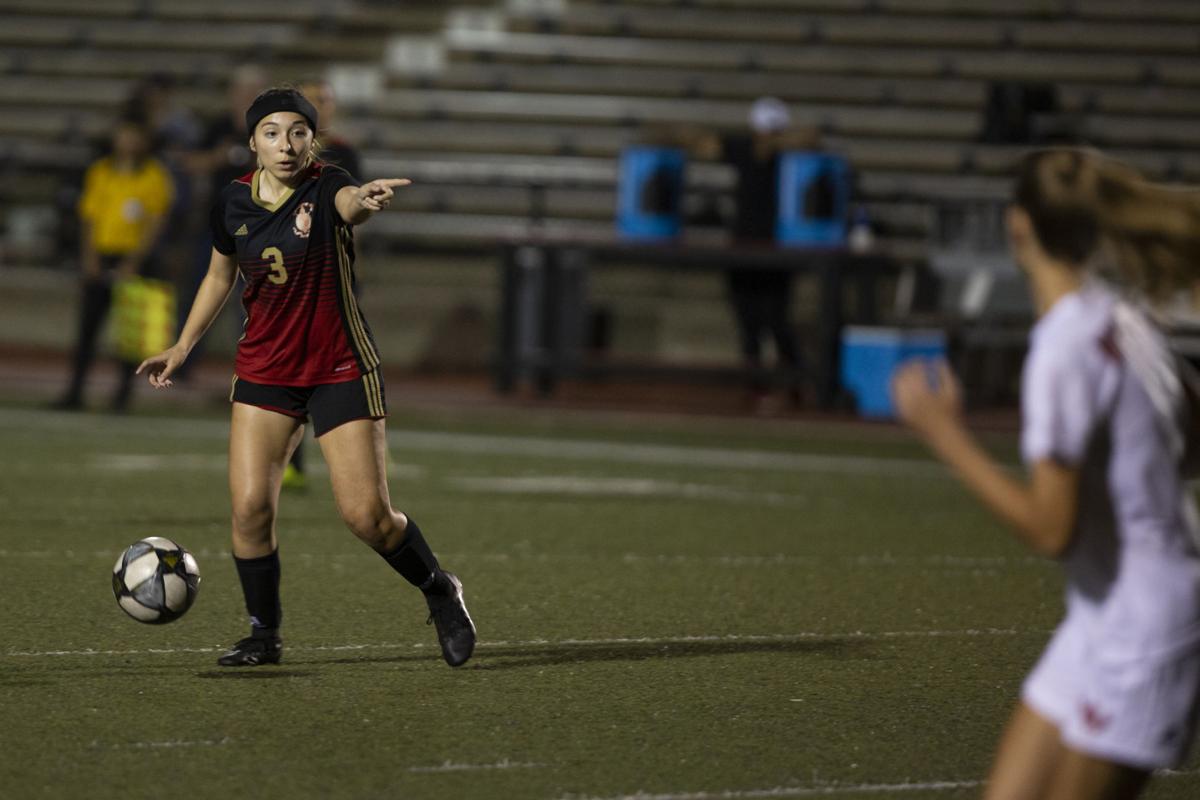 Victoria East's Isabella Martinez coordinates with another player player during the final game of the season against Victoria West at Memorial Stadium. 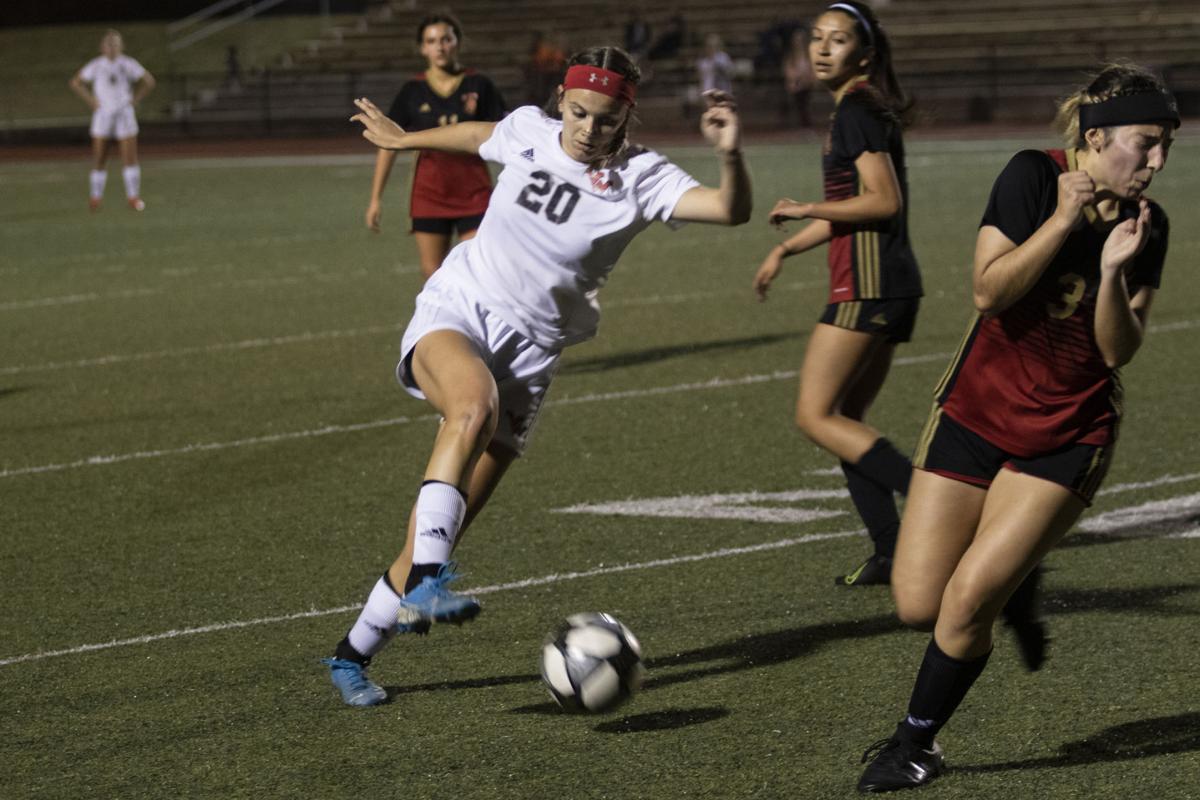 Victoria West's Skylar Shaffer kicks the ball down field during the final game of the season against Victoria East at Memorial Stadium.

Victoria East's Isabella Martinez coordinates with another player player during the final game of the season against Victoria West at Memorial Stadium.

Victoria West's Skylar Shaffer kicks the ball down field during the final game of the season against Victoria East at Memorial Stadium.

Chloe Spencer wanted to leave a mark on the Victoria East program.

Spencer, a senior captain for the Lady Titans, hopes she and her fellow seniors have helped do that.

“I hope that when we leave, we’ve left the heart of a family,” Spencer said. “I feel like that tradition is just going to keep going in this program, and it’s just going to grow into even more in the future.”

Spencer played in her final District 30-5A game Friday night, and helped lead the Lady Titans to a 3-1 victory over Victoria West in each teams final regular season game at Memorial Stadium.

Chloe Spencer opened the scoring in the first half on a goal assisted by Kyleigh Spree-Kolos.

Spree-Kolos scored twice in the second half before West trimmed the lead to two late in the game off a goal from Rianna Arguellez.

“Our communication was top notch tonight,” said East head coach Misty Boenig. “Our style play was good. We were calm on the ball, we were relaxed while we played and made the right plays. We did the little things we’ve been working on and trying to get better at over the course of the season. We are really starting to see that improvement as we head into the playoffs.”

The game will take place in April with the time and location to be determined.

“We just have to keep staying connected and practice,” Spree-Kolos said. “Staying in shape is the most important thing. We have to go out and work hard.”

West started the season with playoff aspirations before injuries hampered the teams’ run down the stretch.

“Every game was basically readjusting to who was hurt and who we didn’t have that game,” said West goalkeeper Macey Franz. “But the team still played hard and everyone would accept their new role. Everyone here made a big commitment to this team and I’m proud of how hard they fought.”

West’s only chance of making the playoffs is for Corpus Christi King to lose in its final district game to Corpus Christi Carroll. King and Caroll will play after the UIL suspension ends.

“This group meant a lot,” Franz said. “They mean everything to me and I just don’t want to leave them.”

With all UIL athletic contests suspended until March 30, Boenig will have to adjust the Lady Titans’ schedule.

“It’s tough because there’s no games for us to play for the next month,” Boenig said. “That’s a challenge for any coach and my job is to keep the intensity at practice high enough to where its at game level when we show up to play a playoff game.”

But Boenig also sees the time off as a positive.

“These girls are going to be able to get some rest,” she said. “We have been banged up and battered and this is a time for healing. Hopefully it allows some players to get back to 100 percent.”

Victoria East and West boys and girls soccer teams play their last game of the season at Memorial Stadium. Victoria East won both games 3-1 an…