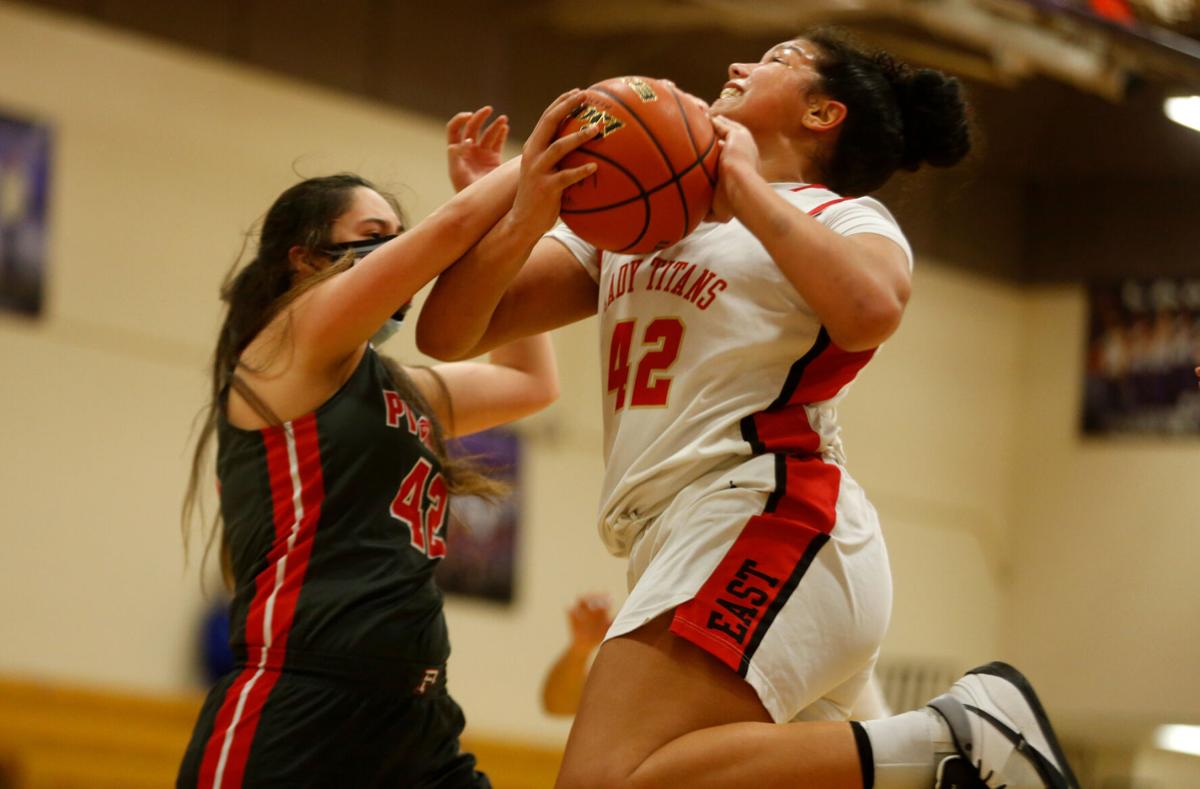 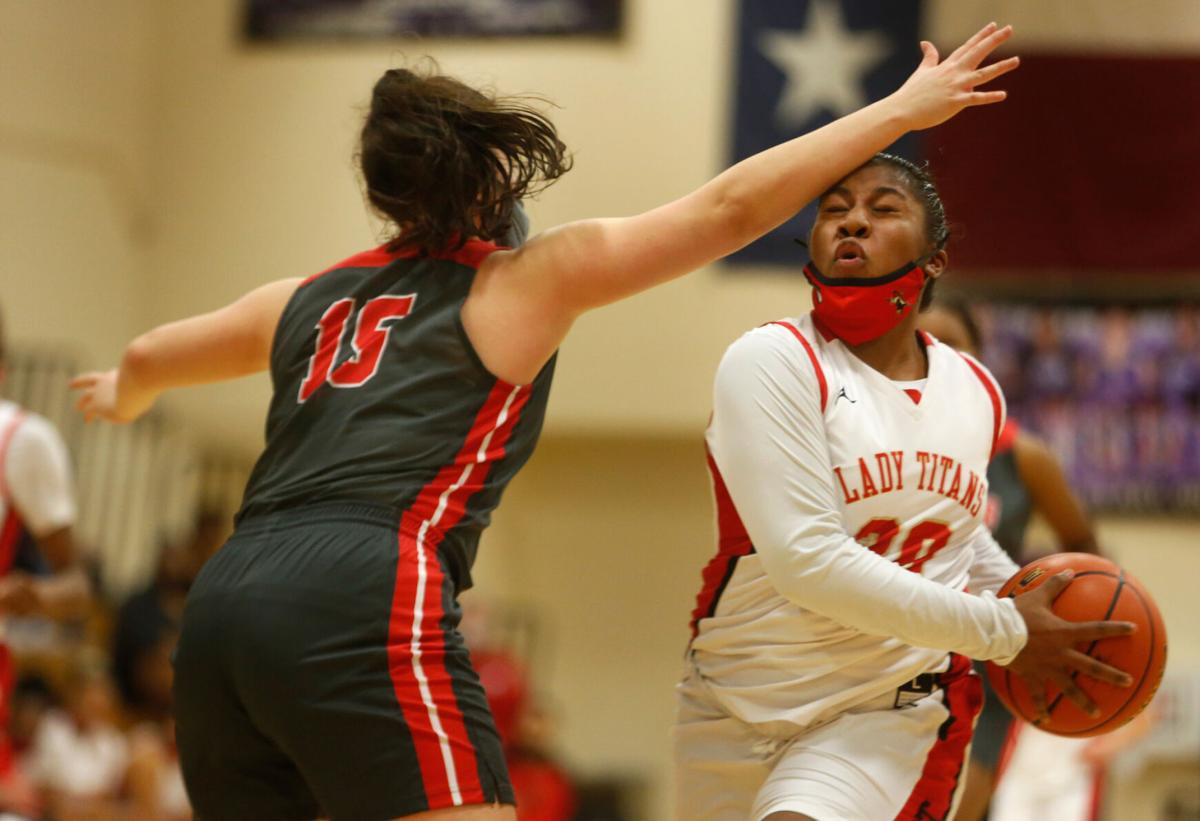 Victoria East’s Alayeh Bryant is hit in the head by a defender’s arm during Tuesday’s Class 5A regional quarterfinal game against Sharyland Pioneer at Roy Miller High School in Corpus Christi.

Victoria East’s Alayeh Bryant is hit in the head by a defender’s arm during Tuesday’s Class 5A regional quarterfinal game against Sharyland Pioneer at Roy Miller High School in Corpus Christi.

In a scrappy affair throughout the four quarters, the Lady Titans and Lady Diamondbacks traded leads eight times as momentum swung both ways.

In the end Victoria East fell 58-53 to Sharyland Pioneer, ending its season in the regional quarterfinals for the second year in a row.

“This team was a joy to coach this year, just a fun loving group,” said East head coach Yulonda Wimbish-North. “I told them they don’t have anything to hold their heads down about. They came and continued the tradition. Really there’s nothing to be ashamed of because there’s a lot of people that didn’t think we’d get this far with the amount of seniors that we lost last year.”

Despite starting the game with a 4-0 lead, East (20-5) soon fell behind for the second straight game. Danielle Rangel and Audry Hornaday hit a pair of 3-pointers for Pioneer (21-2), giving the Lady Diamondbacks their first lead.

The 3-pointers would come back to haunt the Lady Titans, but East had an early battle in the paint as Brandalyn Rice’s height advantage was nullified by Pioneer’s Carly Hornaday.

East would fight back to take the lead, but Pioneer’s shooters kept the Lady Diamondbacks in the game.

Rice would lead the Lady Titans in scoring with 20 points as East held a 23-22 halftime lead.

“I think anytime you want to advance and go as far as you can go, so it’s disappointing, but I thought we fought, things just happened at inopportune times,” Wimbish-North said. “I can’t take anything away from Pioneer. They hit shots, like unbelievable shots. They’re a really good team.”

There was a trio of momentum swings in the third quarter. First Pioneer took the lead, then East, but Pioneer had the killer sequence of events.

Between the end of the third and start of the fourth, Audry Hornaday, Jordan Bravo and Sophia Ponce de Leon combined to hit five straight 3-pointers to give Pioneer a 12-point lead.

“This team is like a family, we try to cheer each other on and we want the best for each other no matter what,” Wimbish-Gay said. “For those coming back, I just hope that they know our coaching staff is here to help them and love them, and if they work hard and give it their all they can be successful.”

A Hannah Tyler 3-pointer made it a two-point game with just over a minute to play.

However, Pioneer got a Carly Hornaday offensive put back put the Lady Diamondacks back up by four. Combined with two made free throws and Pioneer secured its spot in the regional tournament.

East will graduate its top scorers in Rice and Wimbish-Gay, two players who have played varsity basketball all four years with the Lady Titans.

“I feel bad for all the seniors that didn’t get to make it to the regional tournament,” Wimbish-North said. “For whatever reason it wasn’t meant to be, so my thing to them is ‘Holy your head up.’ Giani and Brandalyn will probably play at the next level. So for those we have returning, you’ve just got to move forward and get ready for what you’re going to do next year.”