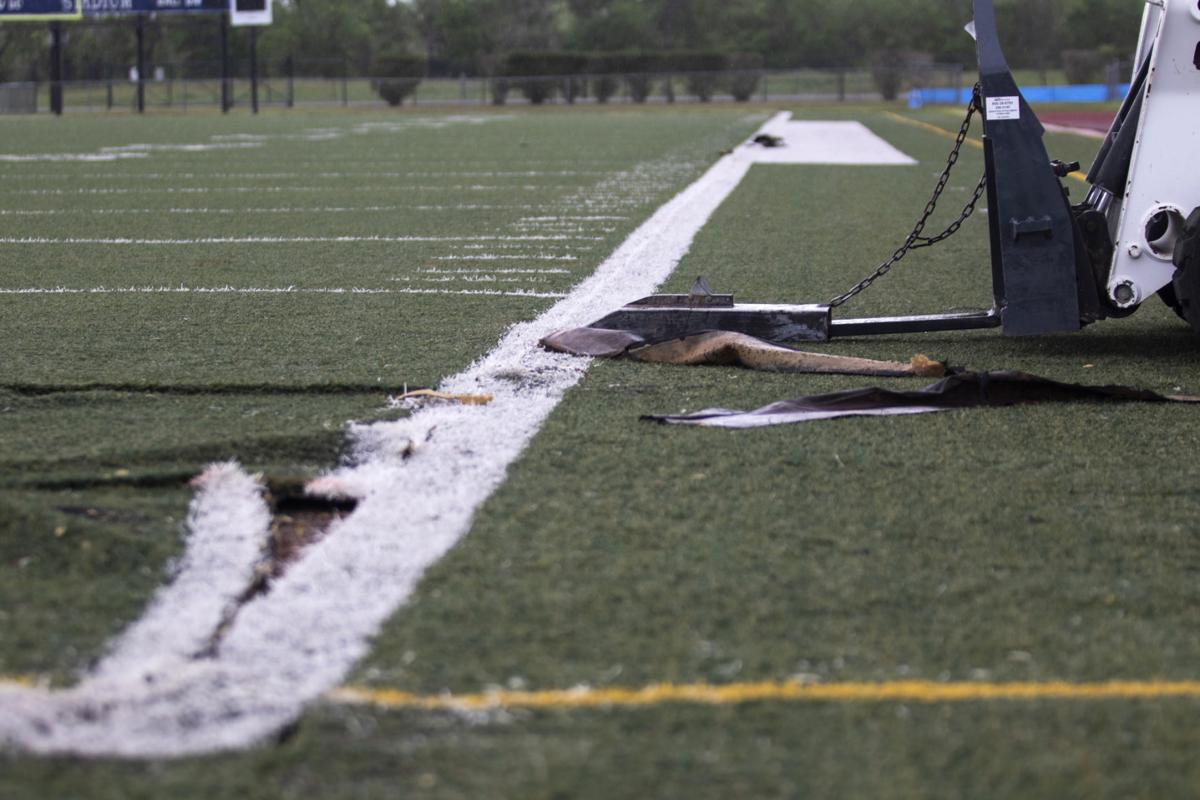 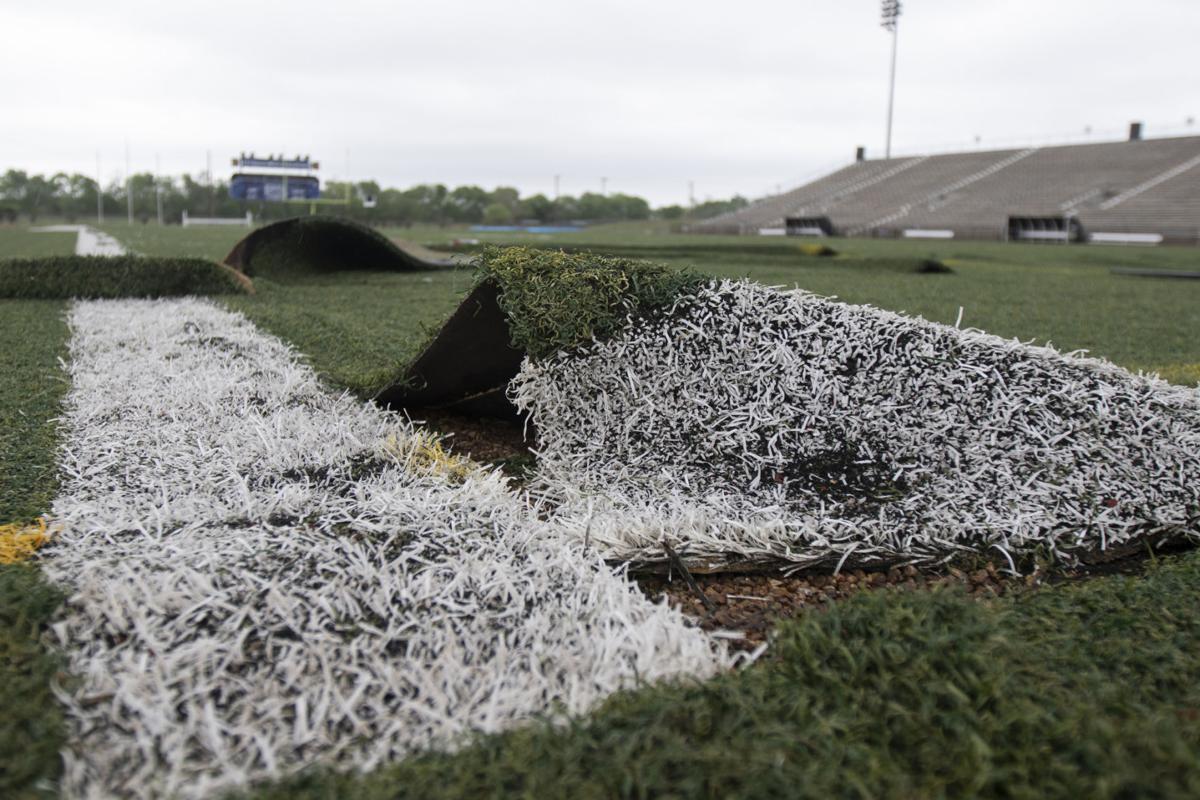 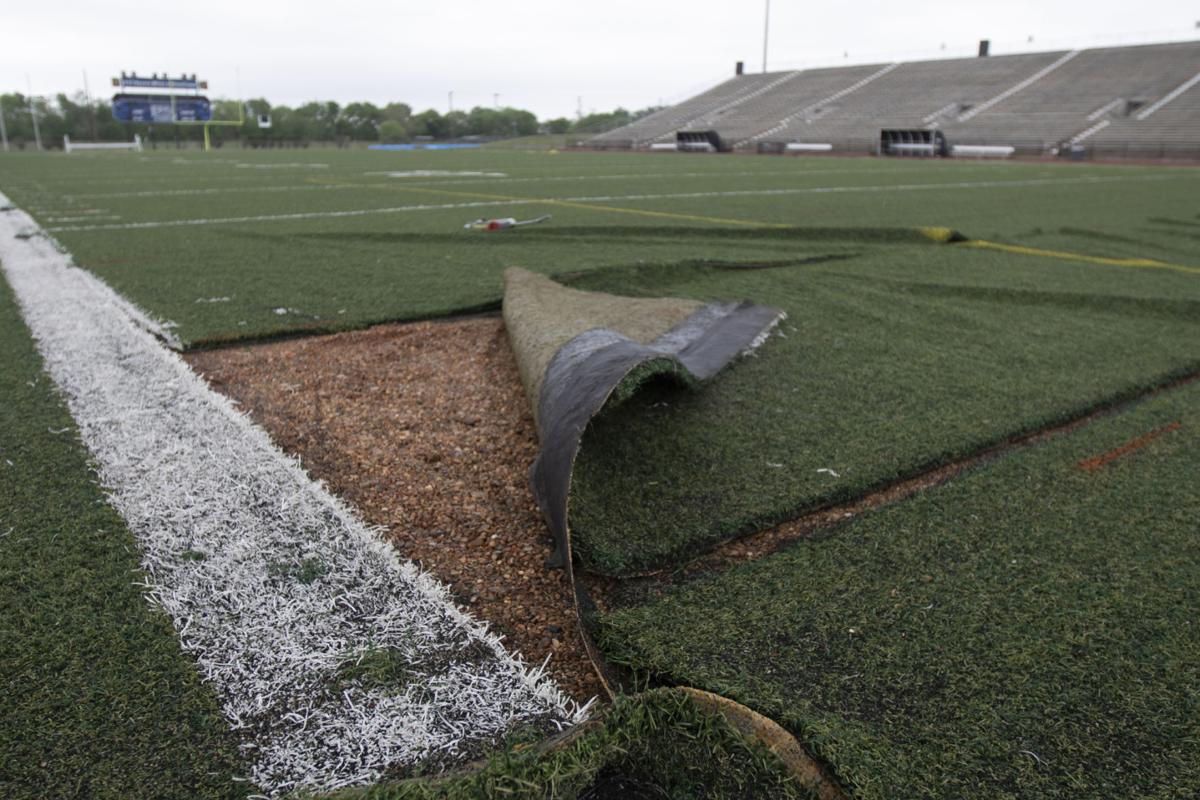 When Bobby Jack Wright took over as Athletic Director at Victoria ISD, his vision was to install a new playing surface at Memorial Stadium.

“It was No. 1, as far as my priority list when I got here,” Wright said. “It was kind of my first project – and it was important because of how badly it needed to be replaced – and how badly we needed it for our student athletes in multiple sports here at Victoria ISD.”

That project came to fruition, and VISD started the process of tearing out the old turf to replace it on Monday.

The school district agreed with Frost Bank in November to a $600,000 payment for the new turf in exchange for the right to name it Frost Bank Field.

“I started looking at different companies that were interested in coming on board and partnering with the school district and Frost Bank ended up jumping on board,” Wright said. “We are very appreciative of them, and I’m happy they were able to step up and help us out in this endeavor.”

Victoria East and Victoria West athletics will be the biggest beneficiaries when it comes to the new turf.

“The new turf is softer and has newer technology,” he said. “We played on a new surface at Calallen last season, and you could see the excitement the players had and how nice it was to have such a new surface. It’s nice that we’ll be able to give the kid that same experience here.”

East head football coach Roland Gonzalez was also excited for the players who will be able to play on the new field.

“It’s a blessing to get this done. It’s good for the community and it’s good for the kids to feel confident about where they are playing,” he said. “Having a new surface is going to be very beneficial for all of them.”

VISD hopes that the new playing surface will help bring more playoff games to the city.

Memorial Stadium has hosted only one playoff game in the past two seasons.

“I think it certainly improves the chances of having more playoff games at the stadium,” Wright said. “There’s a lot of factors that go into that, but I know that in talking to a lot of coaches that they had pretty much ruled out Memorial because of the condition that the turf was in. There’s other things we need to improve on with the stadium as well, but the playing surface was first and foremost what needed to be upgraded.”

Both Boyce and Gonzalez were grateful for the chance to get a new playing surface.

Boyce said that it was a great first step for the stadium and that upgrading facilities for student-athletes is a big positive.

Gonzalez said it had been a long time coming to get new turf and that the team would enjoy being on a better surface.

But Wright hopes there will be more upgrades to the stadium in the future.

“There’s still a lot that we have to do with all of our athletic facilities but because of its age,” Wright said. “Memorial Stadium still needs other improvements, and we are looking at making those improvements as soon as we can. The locker rooms, restrooms and concessions stands are just a few. There’s still a lot of pieces to the puzzle that need to be worked on.”