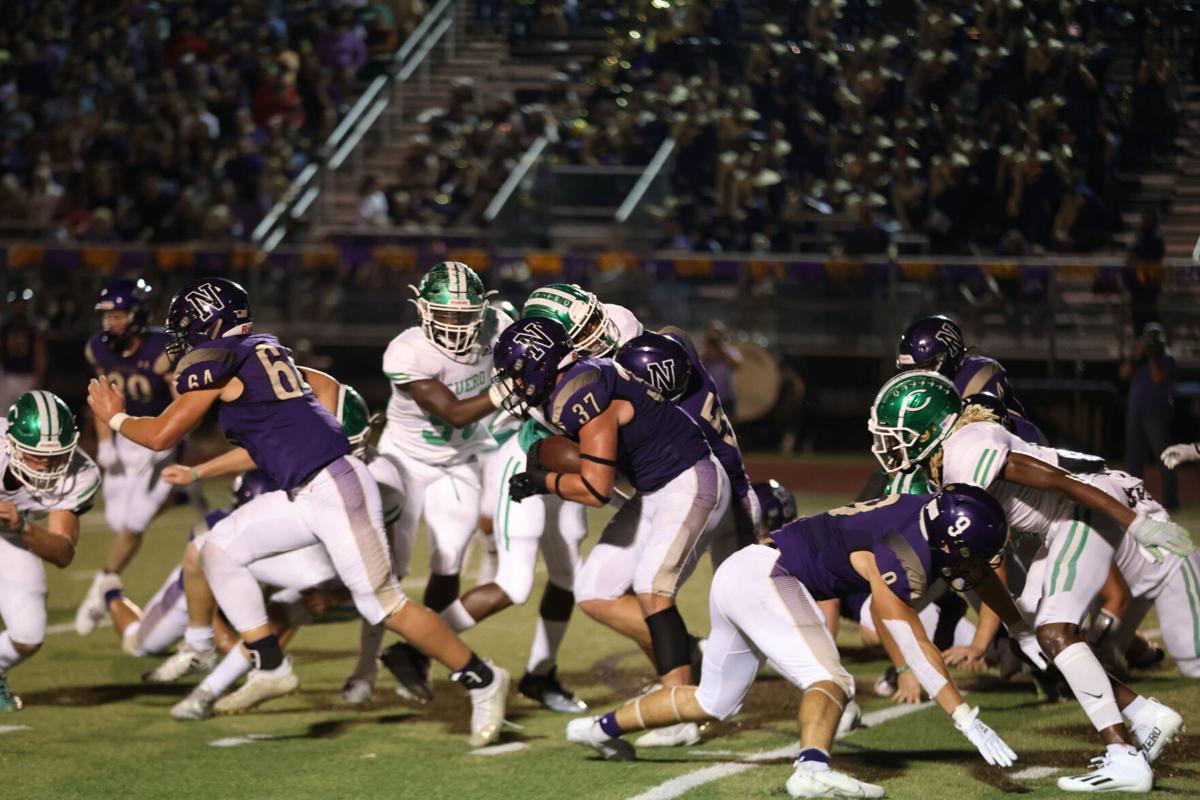 Cuero’s defense moves in to stop Navarro running back Brody Whitson during Friday’s game in Geronimo. 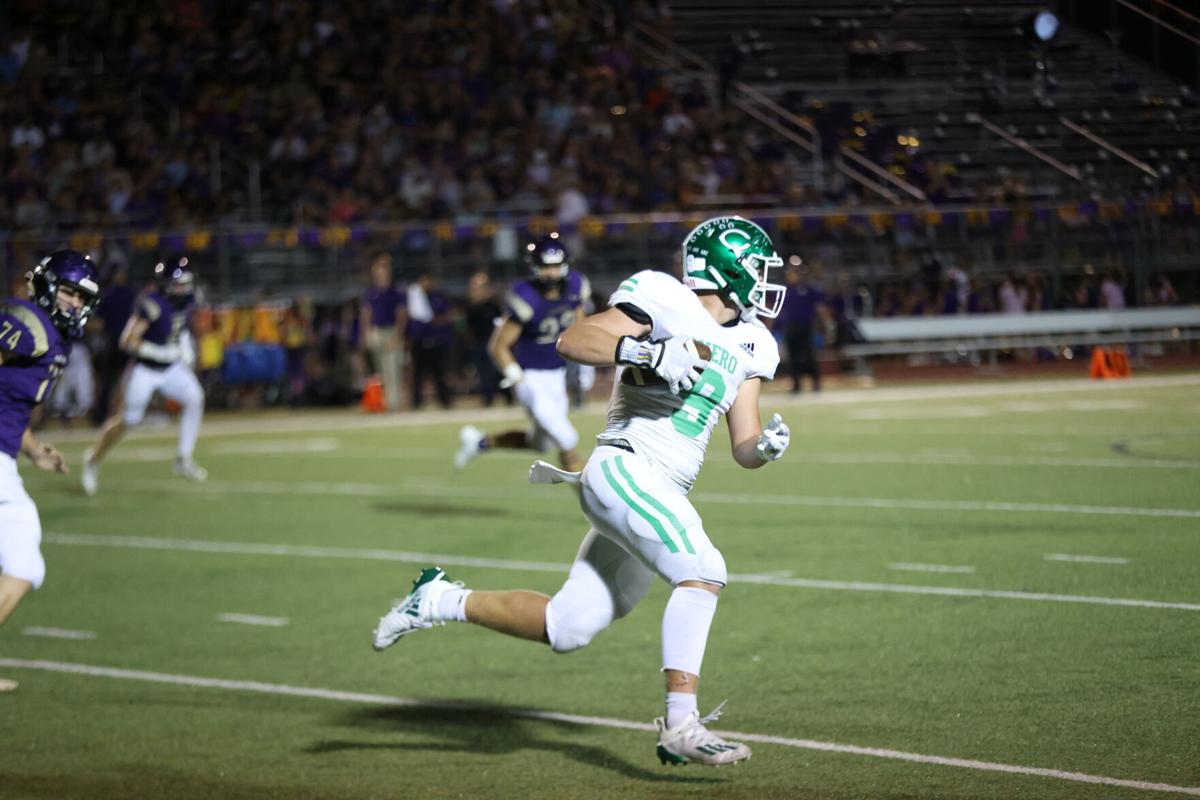 Cuero’s AJ Arroyo runs with the ball in Friday’s non-district game against Navarro in Geronimo. 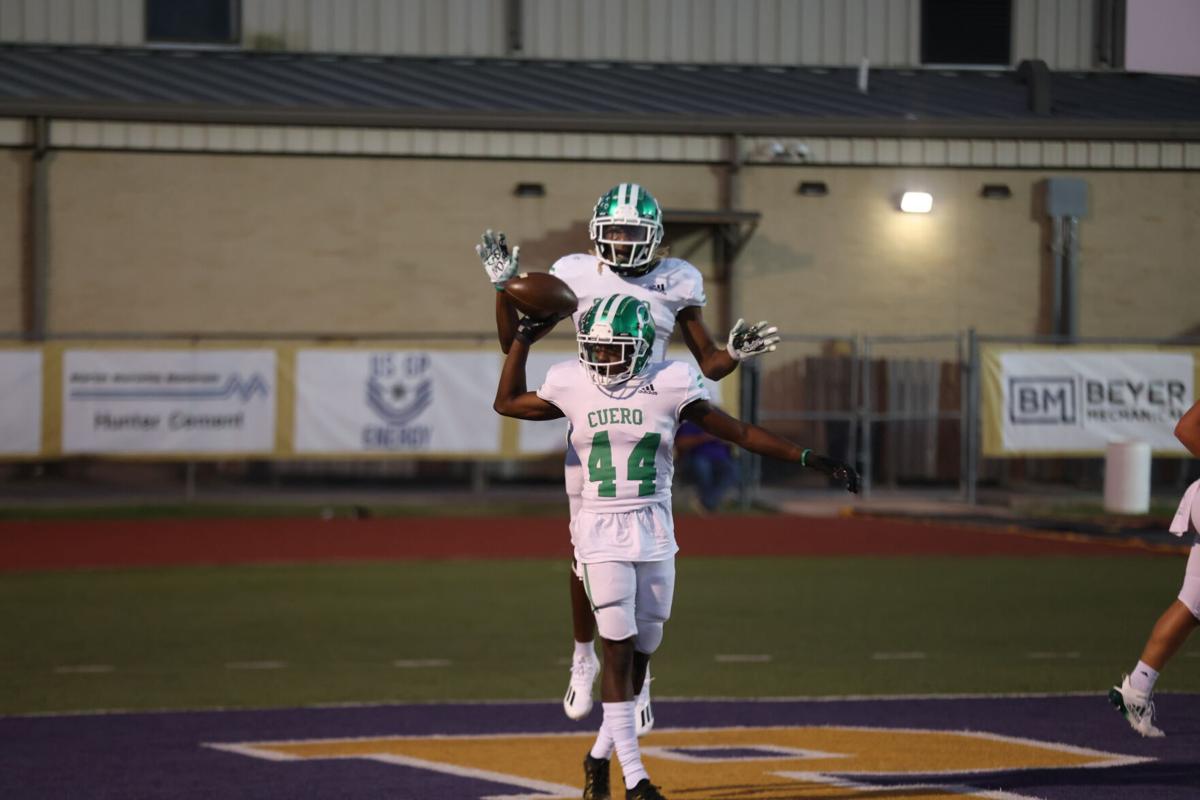 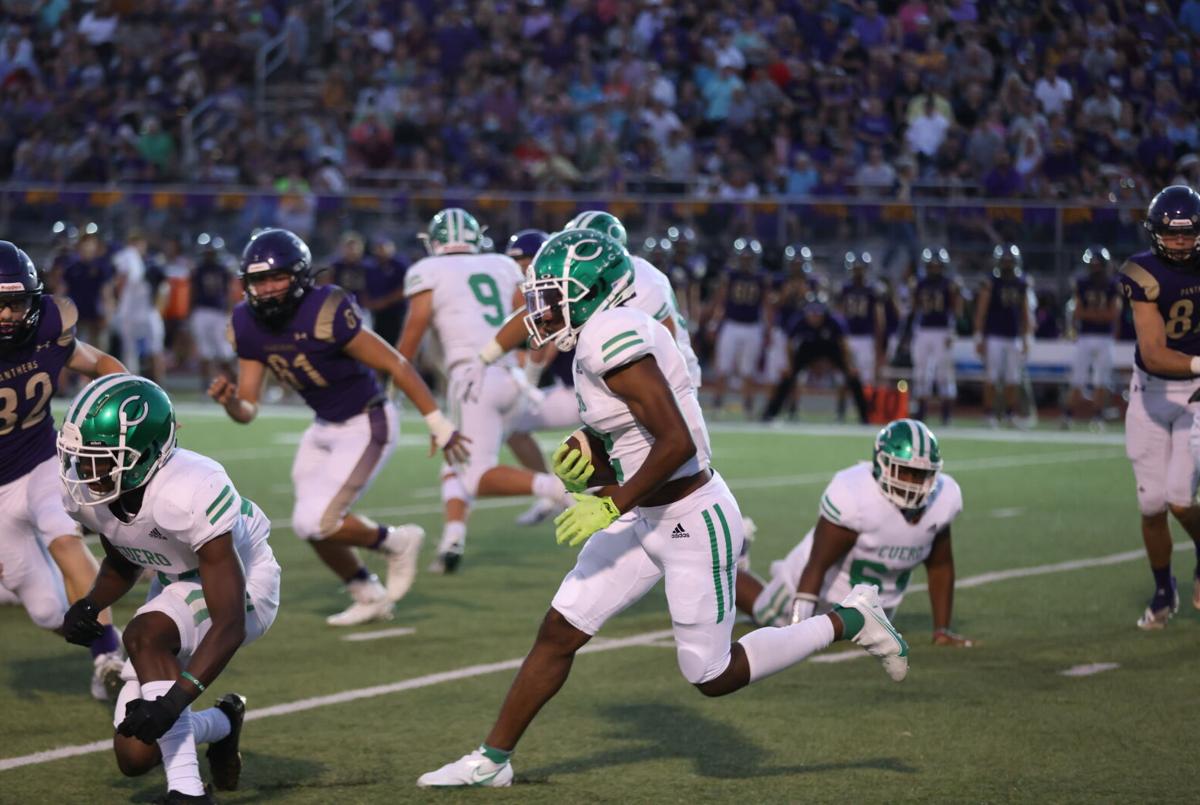 Cuero’s Tycen Williams runs with the ball in a non-district game Sept. 17 against Navarro in Geronimo.

Cuero’s defense moves in to stop Navarro running back Brody Whitson during Friday’s game in Geronimo.

Cuero’s AJ Arroyo runs with the ball in Friday’s non-district game against Navarro in Geronimo.

Cuero’s Tycen Williams runs with the ball in a non-district game Sept. 17 against Navarro in Geronimo.

GERONIMO — One minute and 11 seconds may not seem like a lot of time, but it was an eternity for Navarro.

The Panthers did not have a timeout, but were able to run four plays and were the beneficiary of a Cuero penalty.

The result was a 30-yard field goal by Jaxen Monkerud with 10 seconds remaining in the fourth quarter to capture a 29-27 win over the No. 7 Gobblers Friday night at Erwin Lee Field.

Quarterback Nick Billings avoided a sack and scrambled for 9 yards before an offsides by the Gobblers gave the Panthers a first down at the 28 with 45 seconds left.

Navarro then tried a wrap-around draw that was stopped for a 2-yard loss, but for reasons unknown the clock stopped at 36 seconds and was run down to 30 seconds before the next play was run.

“I don’t want to say nothing about anything,” Alvarez said when asked about the clock. “Just go home, lick our wounds and get ready to go play.”

Billings then connected with Landary Blackburn for 17 yards before spiking the ball to set up Monkerud’s kick.

“We fought adversity the whole game,” said Cuero lineman Kyle Weghorst. “That’s our first time going down in a game and I think we fought hard. We’ll probably see them again so we have that to look forward to.”

The Gobblers had taken a 27-20 lead with 4:57 left in the fourth quarter on Tycen Williams’ 2-yard touchdown run and a two-point conversion pass from Williams to quarterback Jerry Rossett.

The touchdown followed a fumble recovery by Daydrien Perez, who had also returned a fumble 25 yards for a touchdown on the game’s first play from scrimmage.

Cuero was the recipient of four fumble recoveries and an interception, but turned only three of the turnovers into points.

The Gobblers were hurt by penalties, as they were flagged 12 times for 90 yards.

“I think we did good on offense until we got behind on downs from penalties we shouldn’t have had,” Weghorst said. “I think we’ll learn a lot from it. We have a lot to get better at. We know where we need to focus on to get better at.”

The Panthers pulled within 27-26 when Billings threw a 65-yard touchdown pass to Brody Whitson with 3:26 remaining in the fourth quarter.

But Whitson was stopped short of the end zone on the try for two points, and Cuero had a chance to run out the clock.

But the Gobblers couldn’t make a first down on three runs, and the Panthers put together their game-winning drive.

“We didn’t get a first down when we needed one — bottom line,” said Alvarez. “The kids played hard and gave a good effort.”