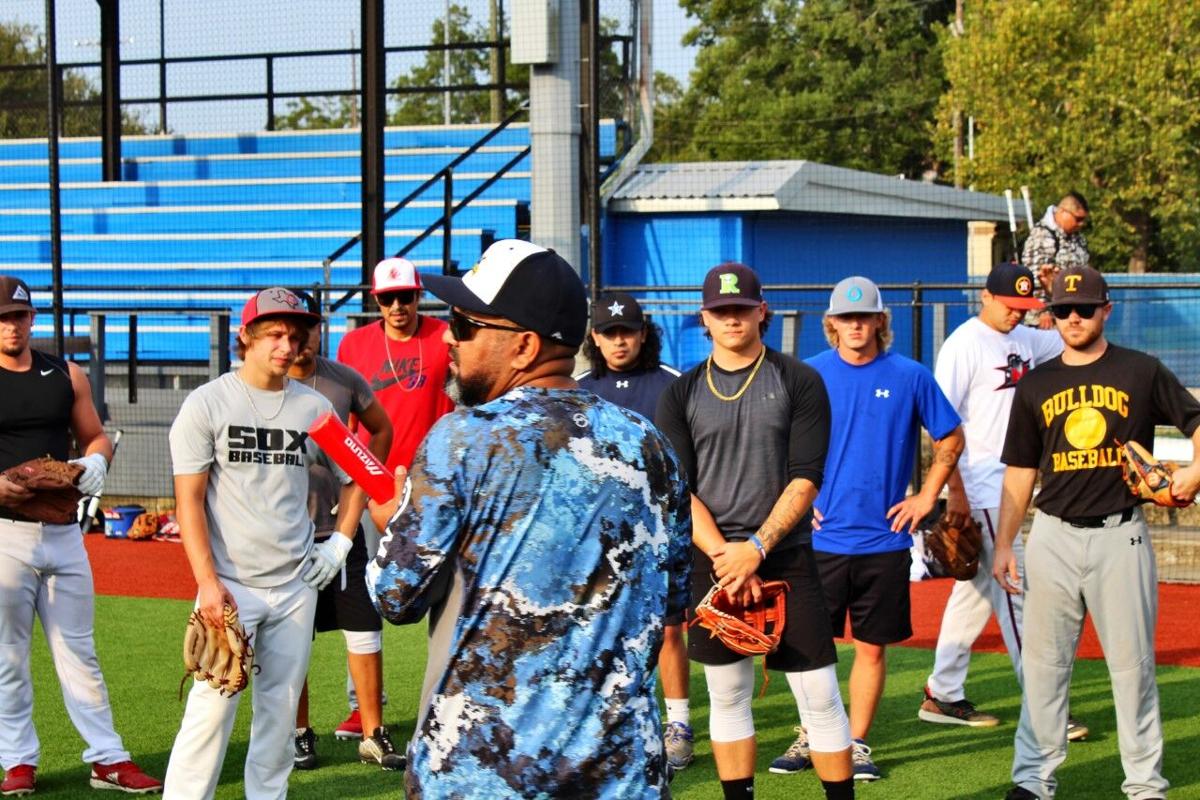 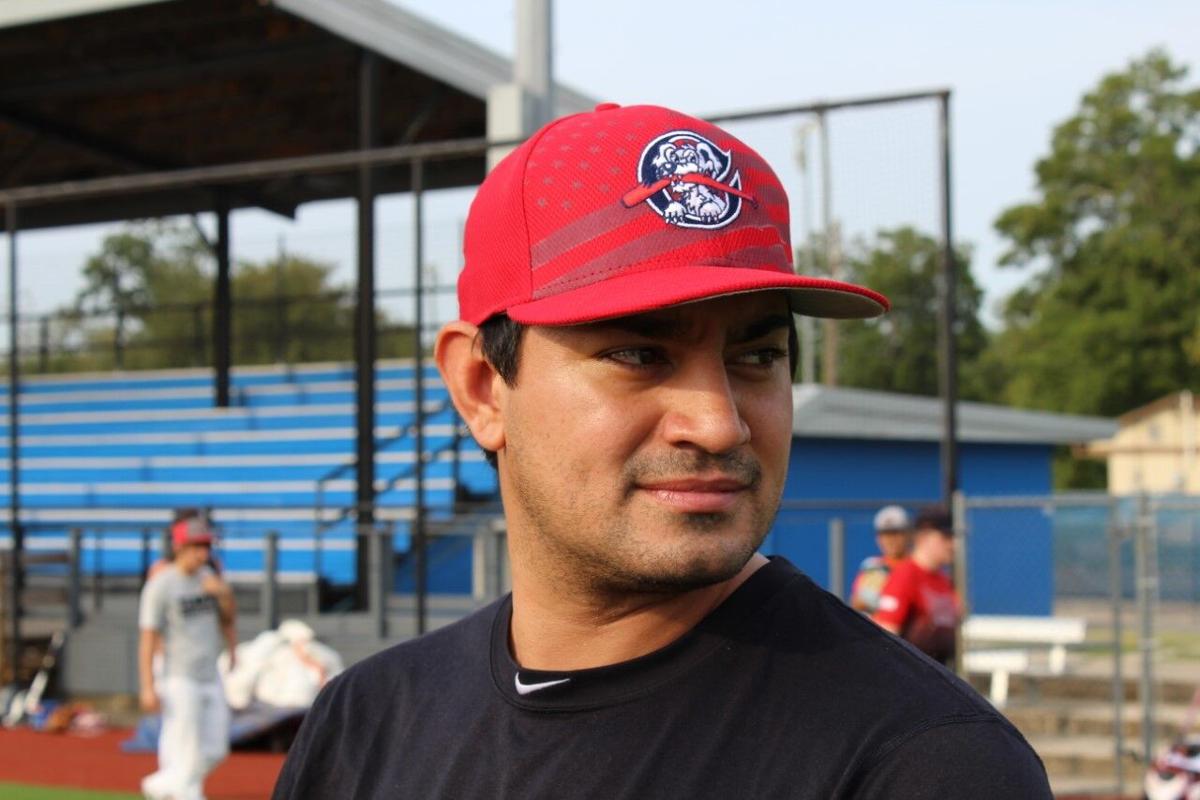 Andre Del Bosque prepares for a tryout with the Victoria Armadillos on Saturday at Riverside Stadium. 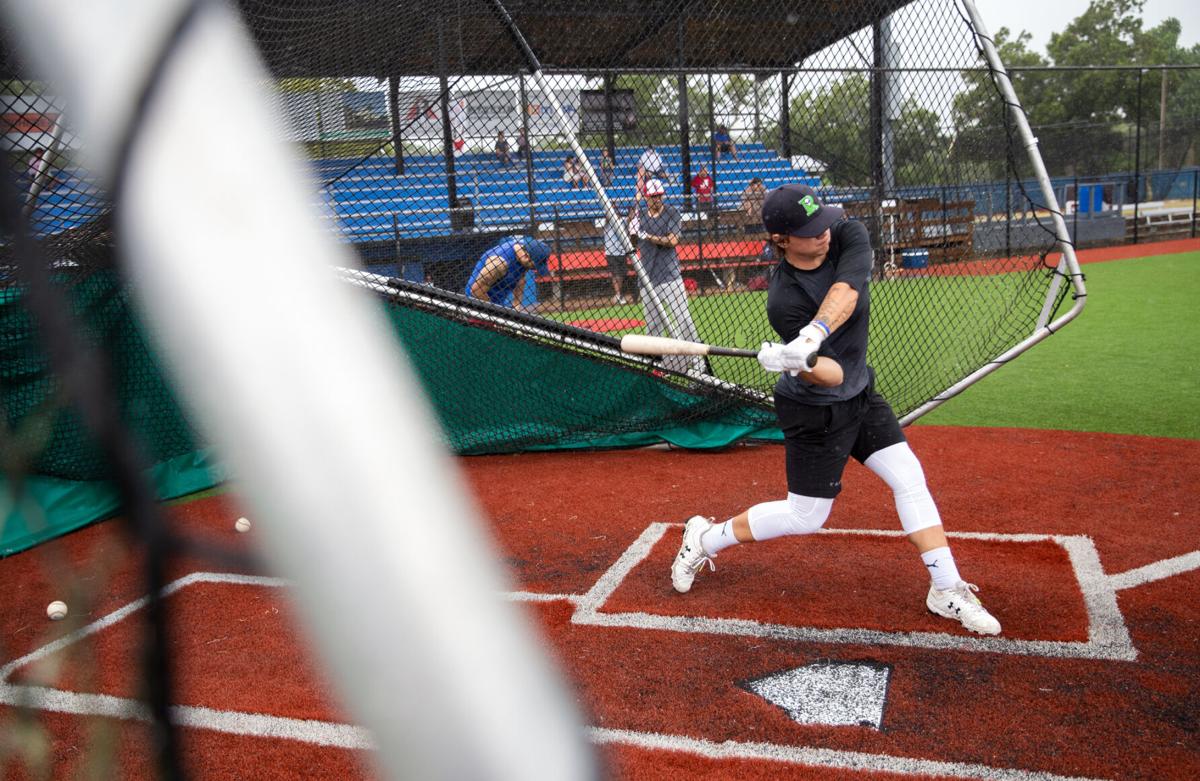 Marcus Hanson swings at an incoming ball during a tryout for the Victoria Armadillos on Saturday, July 25 at Riverside Park. 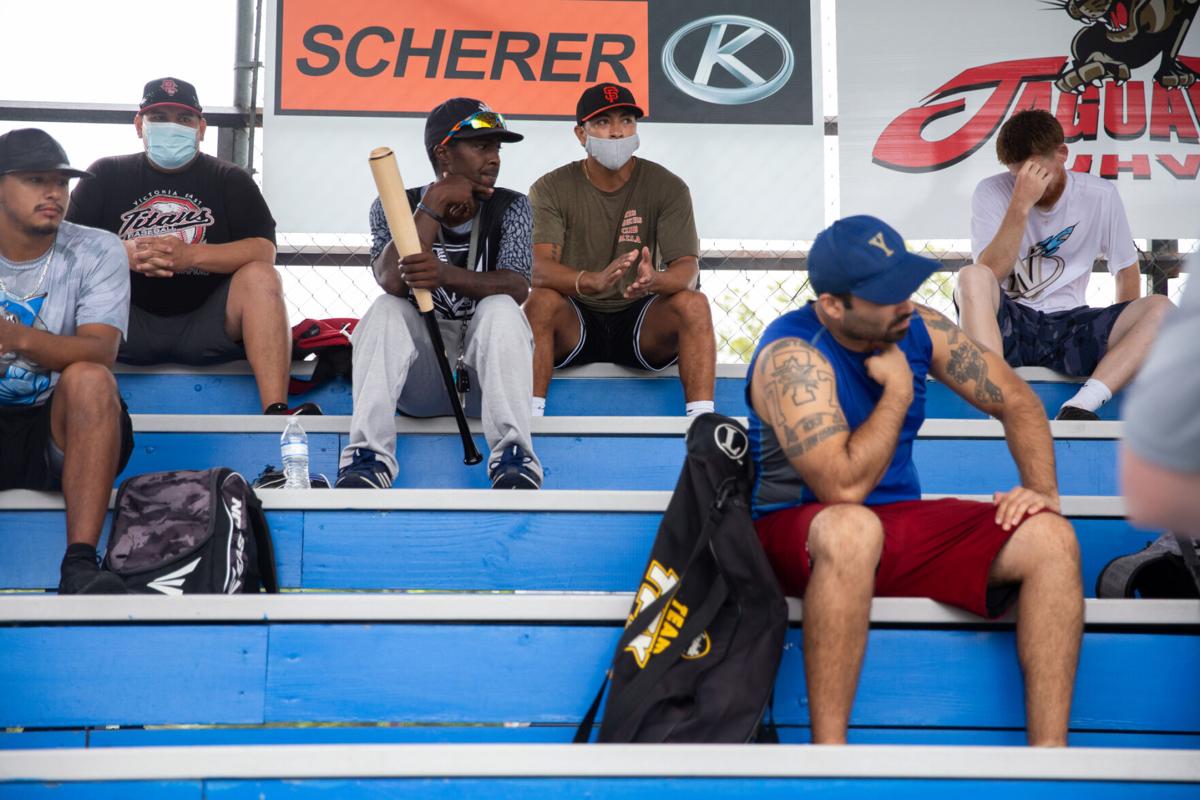 Players sit in the stands because of a sudden downpour of rain during a tryout for the Victoria Armadillos on Saturday, July 25 at Riverside Park. 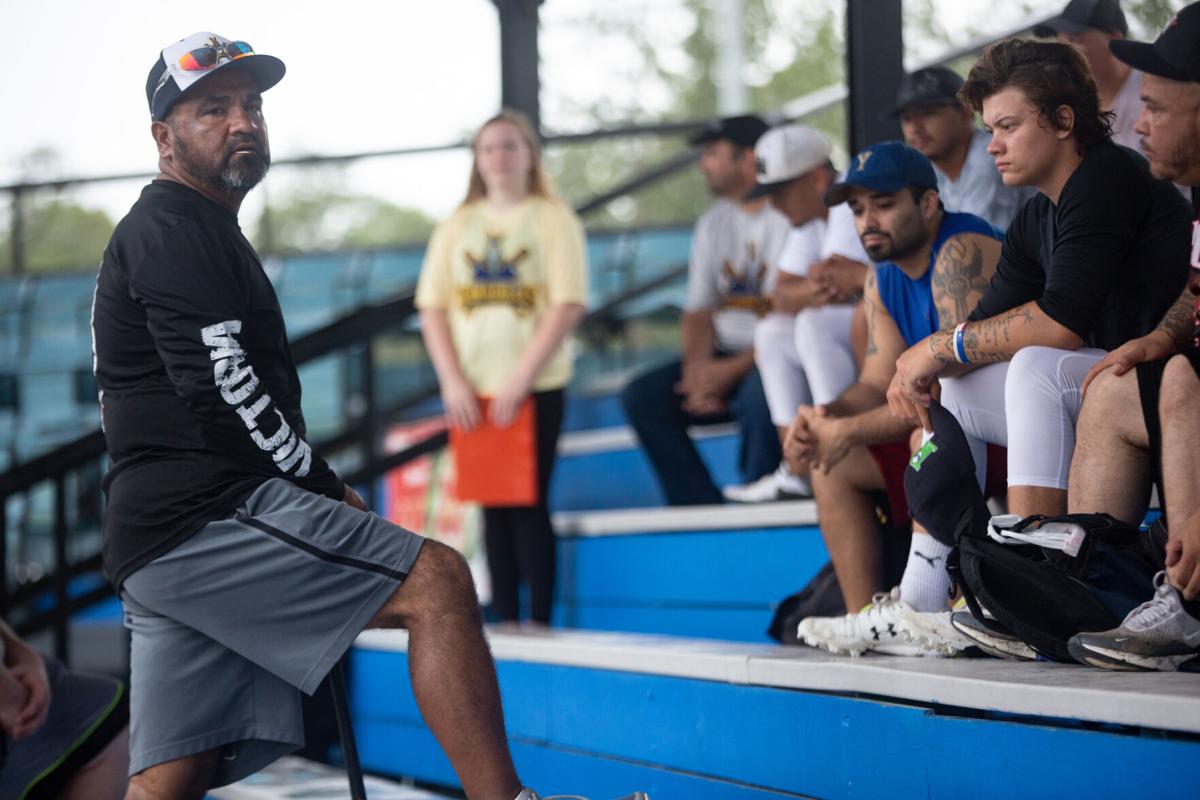 Andre Del Bosque prepares for a tryout with the Victoria Armadillos on Saturday at Riverside Stadium.

Marcus Hanson swings at an incoming ball during a tryout for the Victoria Armadillos on Saturday, July 25 at Riverside Park.

Players sit in the stands because of a sudden downpour of rain during a tryout for the Victoria Armadillos on Saturday, July 25 at Riverside Park.

When Andre Del Bosque first learned about the Victoria Armadillos, it piqued his interest.

The former UHV and Staten Island Yankee player had been looking for a way to get back into baseball and was excited at the opportunity the Armadillos gave.

“I saw everything going on through their facebook page and the interest just started building from there,” Del Bosque said. “I reached out to the guys on the team and learned about the tryouts and now I’m here.”

The Armadillos are a semi-pro team based in Victoria formed earlier this year. Originally the team planned to play in the South Coast Baseball League but decided against it and is in talks with other leagues.

“I am beyond excited right now,” Armadillo head coach Phillip Barron said. “What the ownership wants to do with the team and the direction they’re trying to take it is exactly what I wanted to see. I just hope that we can promote the town. I’m just hoping that once we get this team fully put together we can put a good product on the field for the people of Victoria and the surrounding area so they can enjoy coming out to watch.”

Tunchez had been out of baseball the past four years, but is eager to play with the Armadillos.

“I want to have competitive baseball here and this is an opportunity for that,” Tunchez said. “This can show the youth that there is an opportunity to play the game when you grow up. I just want to help out the younger guys that are playing on the team too and help them develop and they can take full advantage of everything.”

The Armadillos are still building and will have at least one more tryout before beginning practice, but the team liked what they saw on Saturday.

“This was the best tryout by far,” Tunchez said. “It took three tryouts for everything to come together, but the talent we’re looking for is finally coming out. It’s always a process but now that we have these pieces like Andre myself and a few others it makes it easier for other talented guys to see that it could be worth it to come out, and I think it’s just going to get better.”

The game can also provide a much needed escape for the players and coaching staff.