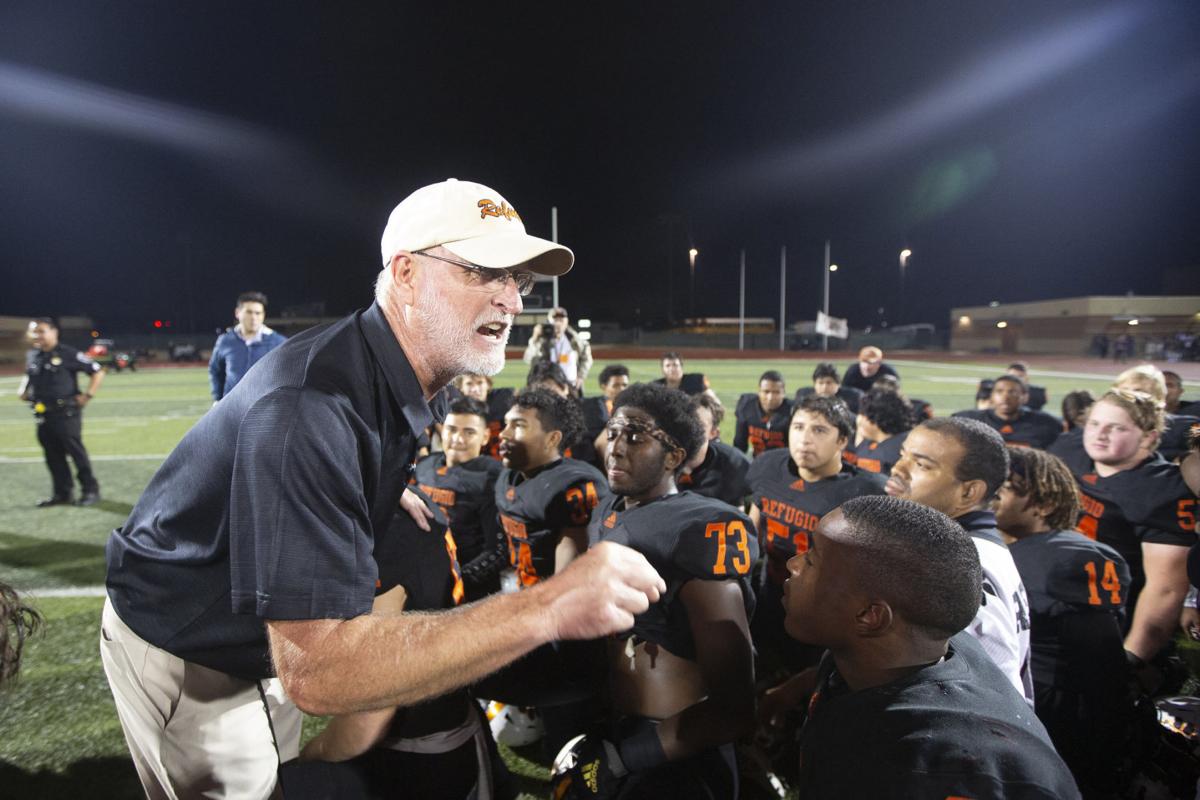 Refugio head coach Jason Herring talks to his team after a come from behind victory over Shiner in the Class 2A Division I regional round on Friday at Rutledge Stadium in Converse. 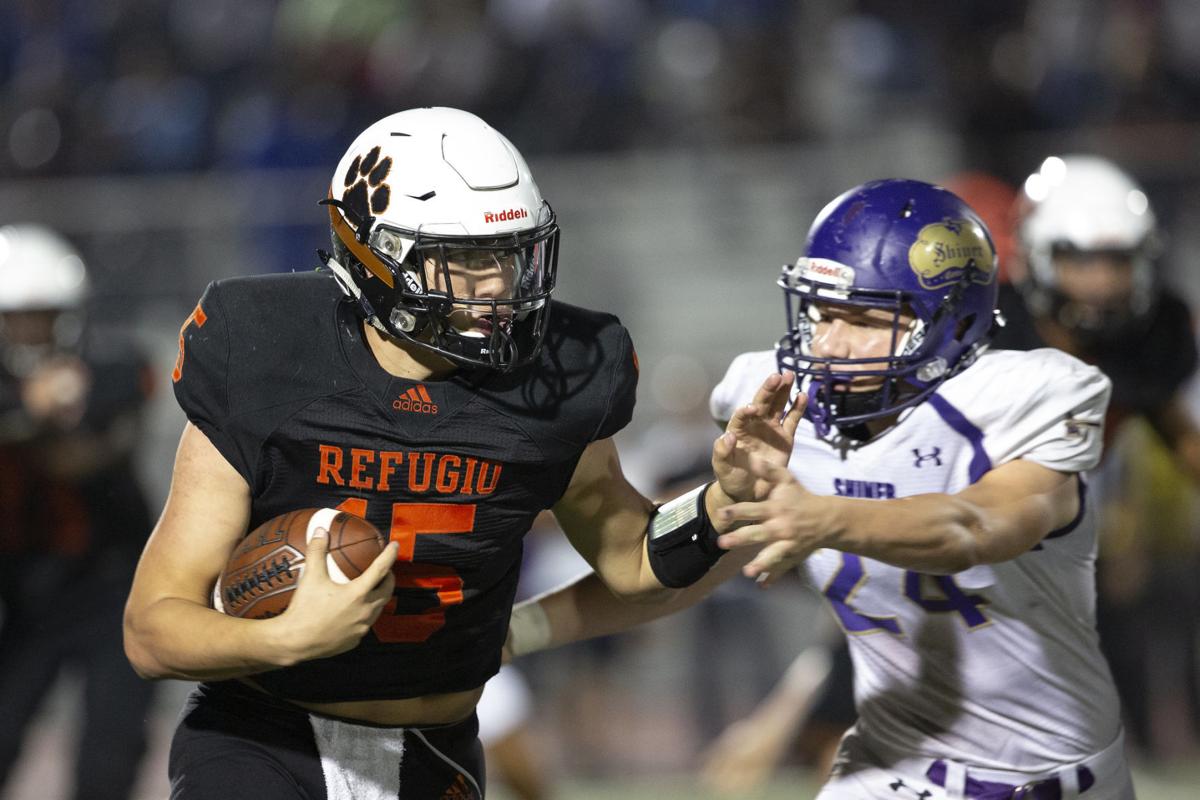 Refugio quarterback Austin Ochoa runs during the Bobcats’ Class 2A, Division I regional playoff against Shiner at Rutledge Stadium in Converse.

Refugio head coach Jason Herring talks to his team after a come from behind victory over Shiner in the Class 2A Division I regional round on Friday at Rutledge Stadium in Converse.

Refugio quarterback Austin Ochoa runs during the Bobcats’ Class 2A, Division I regional playoff against Shiner at Rutledge Stadium in Converse.

REFUGIO – Refugio coach Jason Herring didn’t wait until Monday to urge his team to put Shiner in the rear-view mirror.

Herring did so after the Bobcats’ 45-43 Class 2A, Division I regional playoff win Friday night at Converse Judson’s Rutledge Stadium.

“It’s hard on kids,” Herring said. “They’re tired. Very few kids can make it all the way 16 weeks through the grind. Some of them get satisfied, some of them lose their focus, they let the big emotional win – we told our kids you’re going to enjoy this win Saturday and Sunday and then I don’t want to hear another word about Shiner. Starting Monday, it’s Holland, Holland, Holland. It has to be that way or Thursday night will be our last game.”

Refugio (13-0) doesn’t have to be reminded of the importance of focusing on their quarterfinal game against Holland (13-0) set for 7:30 p.m. Thursday at the Alamodome in San Antonio.

The Bobcats came off an emotional regional win over Shiner last season, and lost in the quarterfinals to Mason, which went on to win the state championship.

“You have to refocus,” said Refugio quarterback Austin Ochoa. “Whatever happened at Judson’s field is past and we’re moving on to this Thursday.”

Holland captured Refugio’s attention with a 26-0 regional win over Mason.

The Hornets have yielded a total of 91 points this season, and have won their last two games via a shutout.

“It’s a real attack defense, a pressure defense and I’ll be honest with you, I think the most they’ve given up in one game is 19 points to Hearne,” Herring said. “They’re plenty good on defense, and they hang their hat on defense. Their defense is what sets them apart and makes them special.”

The Bobcats scored 45 points against a Shiner defense that had not allowed more than 21 in any game.

Refugio scored 31 points in the fourth quarter to erase a 13-point deficit in the final 3:04 of the game.

The Bobcats know reaching their season-long goal is at stake.

“This team right here has a lot of heart and we trust each other on every play,” said center Thomas Keyes. “We have the mentality that we aren’t going to lose.”

Notes: Refugio will be the home team. All tickets at the gate will be $12.

The winner will advance to the semifinals against the winner of Friday’s Groveton-San Augustine game.

Class 2A, Division I Quarterfinal

Refugio head coach Jason Herring was named the Dave Campbell Texas Football Class 2A coach of the week. This comes after the Bobcats 45-43 win over Shiner in the Class 2A,Division I regional playoff last Friday.

ARLINGTON — Austin Ochoa has thought about winning a state championship since he returned to Refugio two years ago.