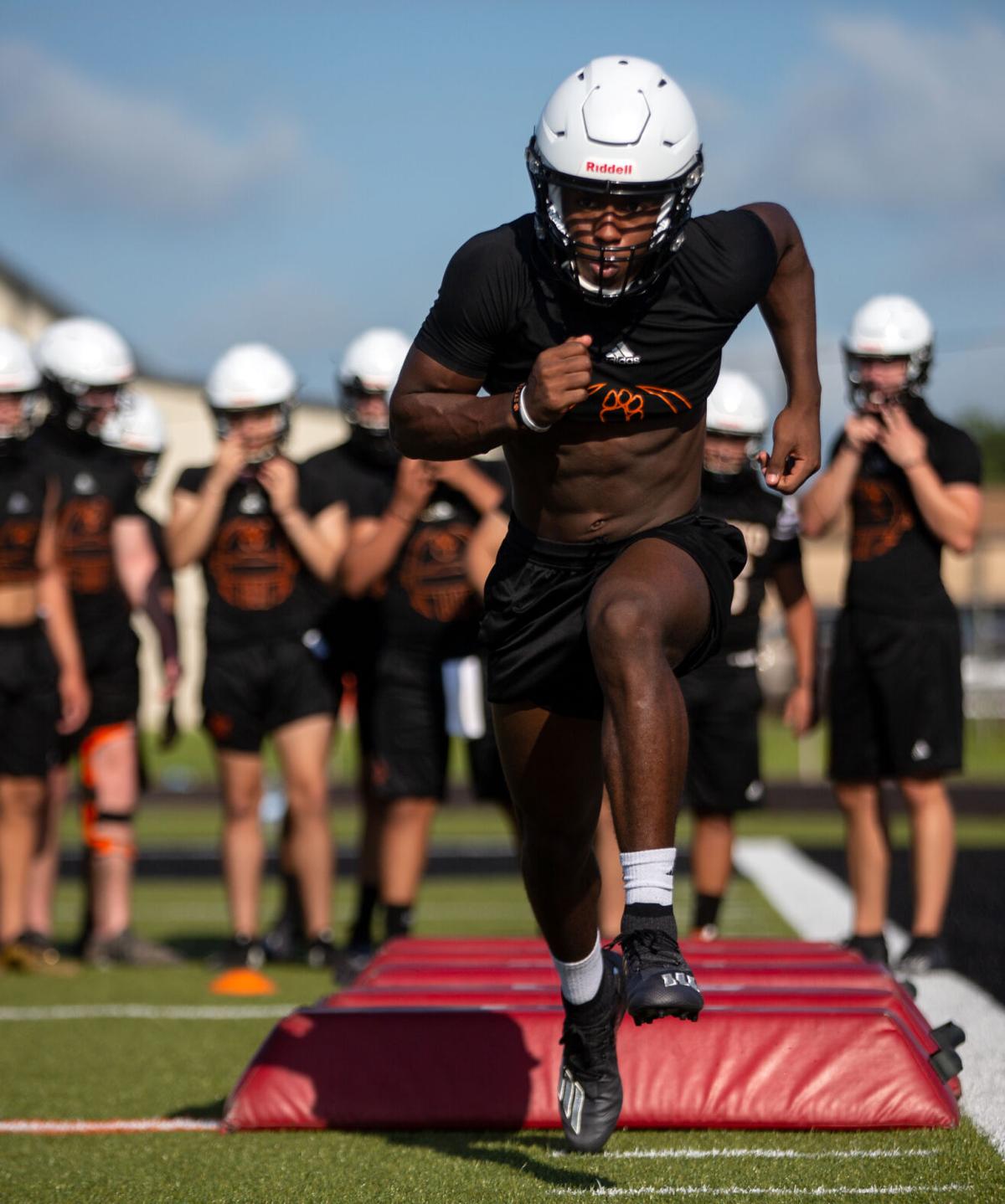 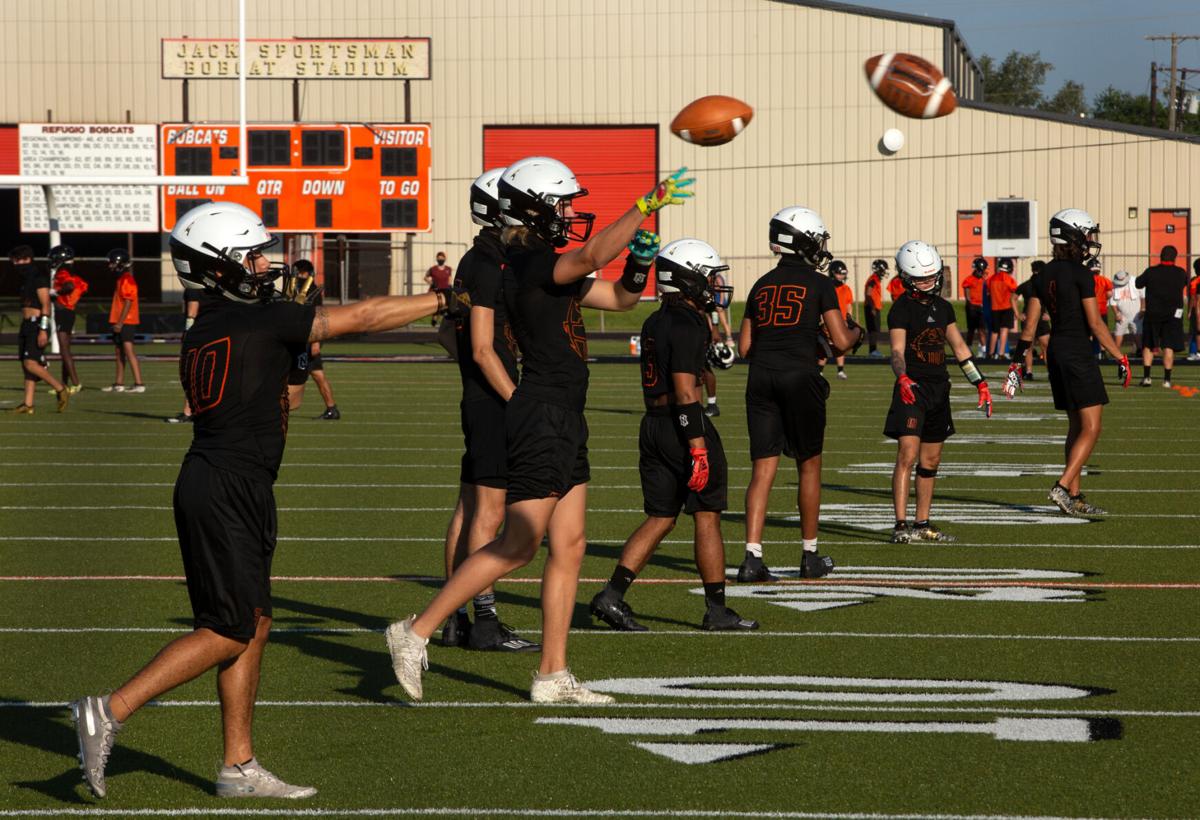 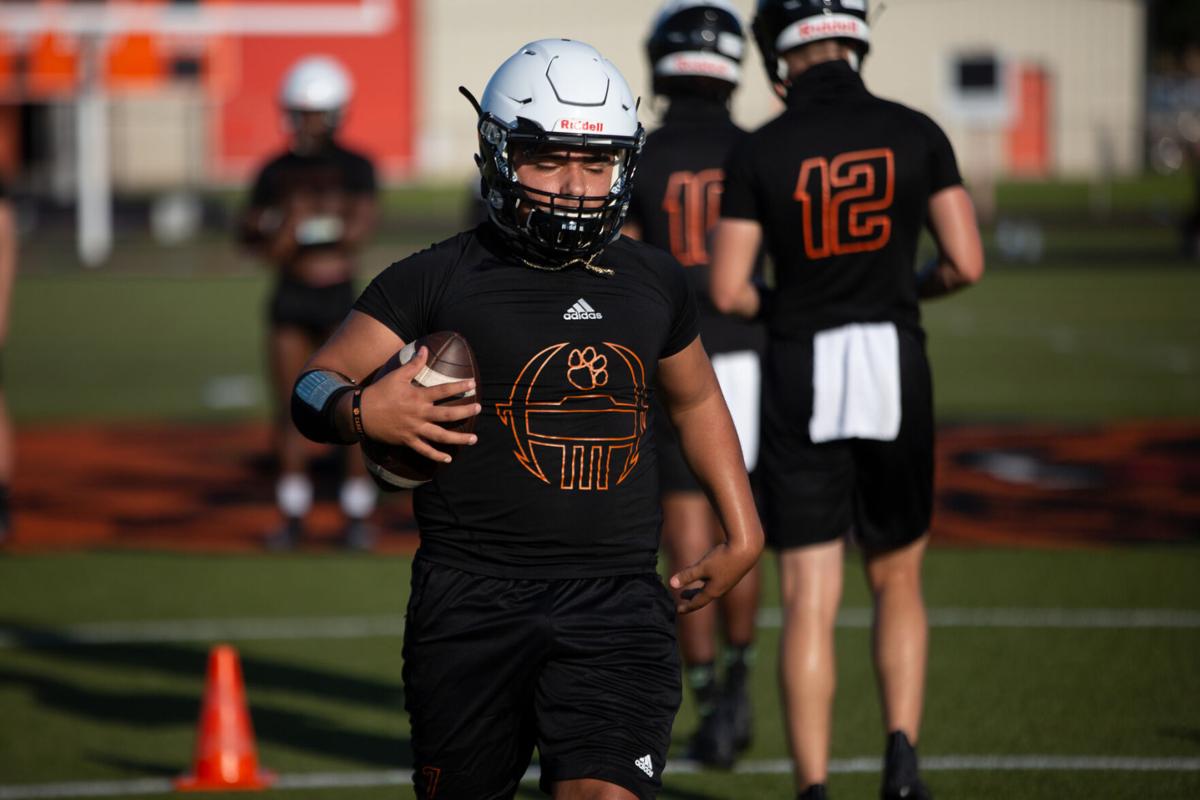 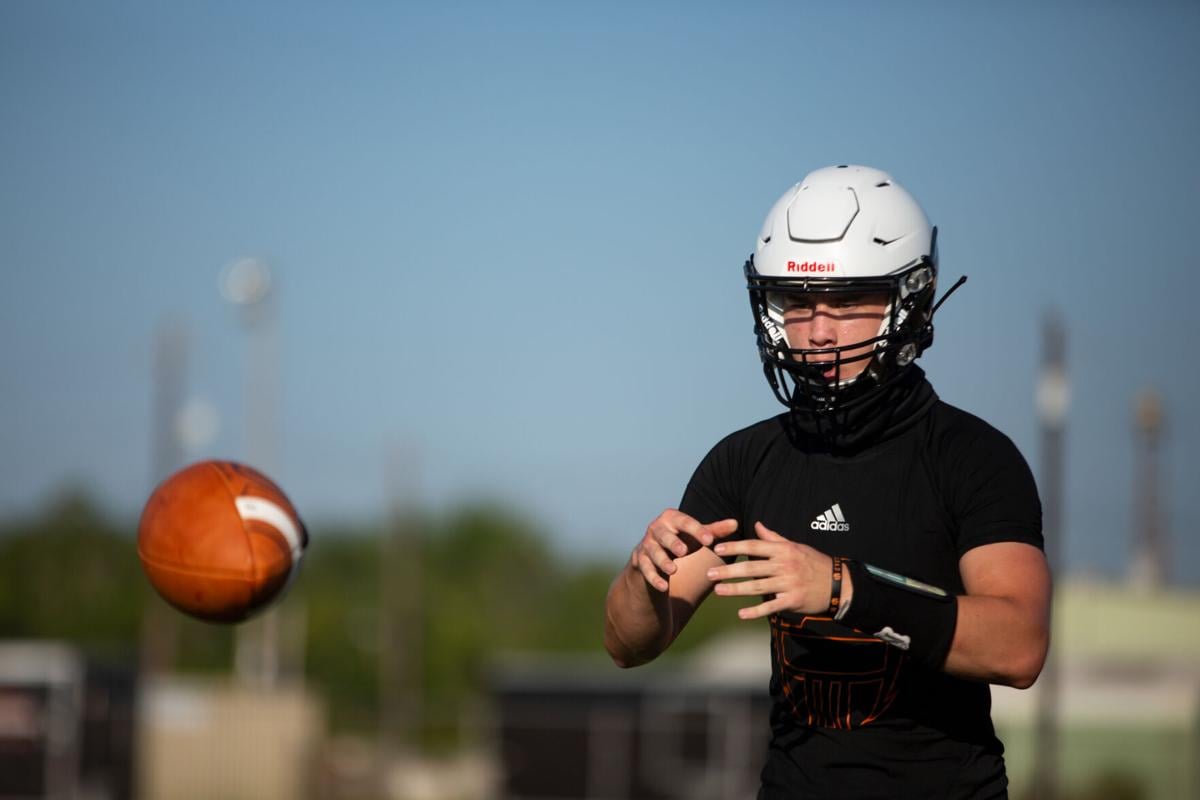 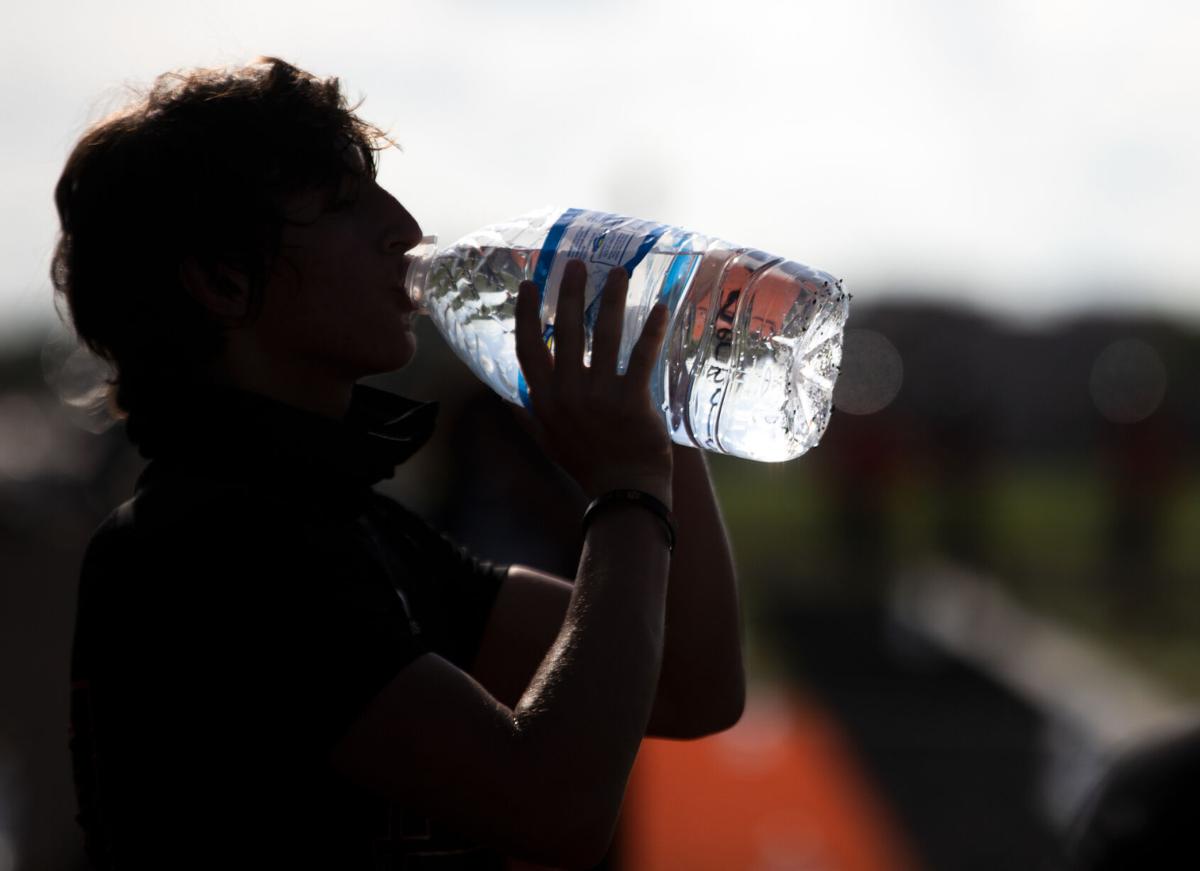 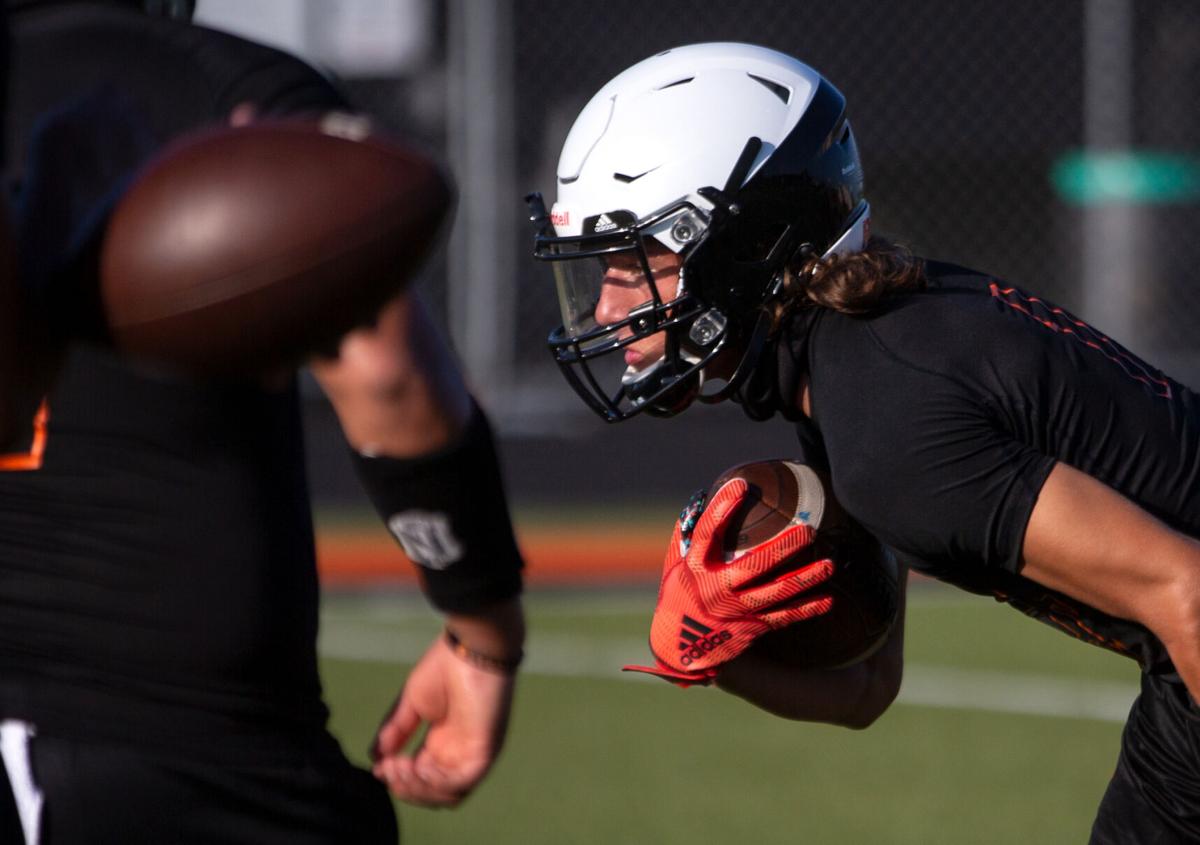 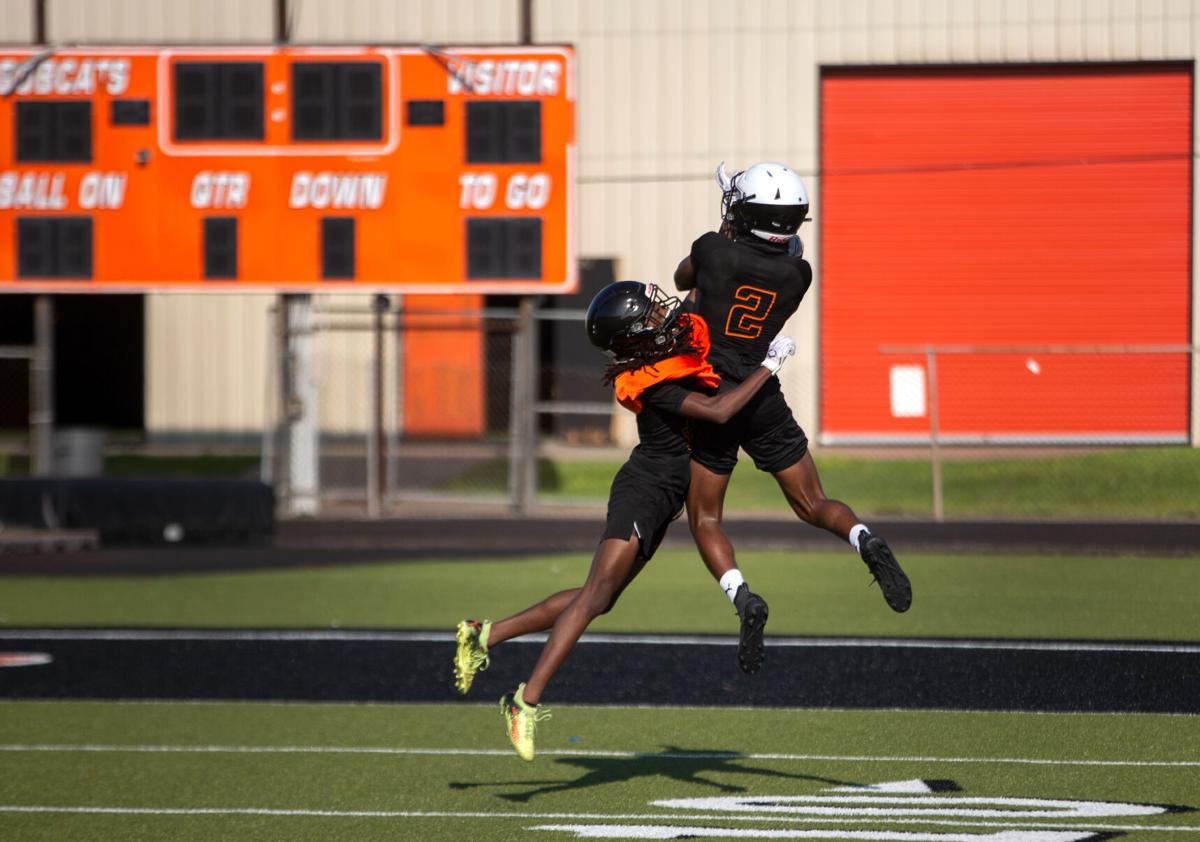 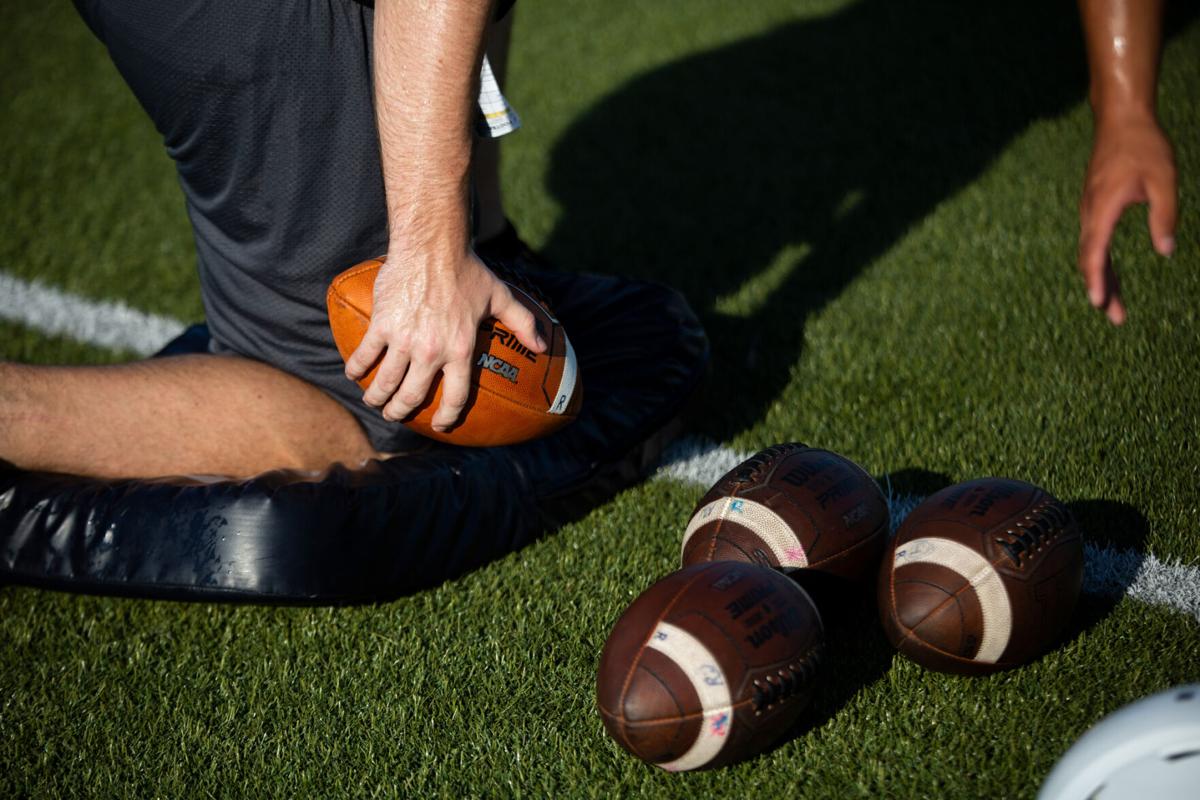 A coach prepares to toss the ball to a receiver during football practice on Monday, Aug. 3 at Jack Sportsman Bobcat Stadium in Refugio.

A coach prepares to toss the ball to a receiver during football practice on Monday, Aug. 3 at Jack Sportsman Bobcat Stadium in Refugio.

REFUGIO — Jason Herring has performed a number of roles during his three decades as a football coach, but he has a new one this season as a result of the COVID-19 pandemic.

“We’re able to do what we need to do,” Herring said. “You’ve just got to be smart about it and hand sanitize, and keep on them about the mask when they’re not exercising. The main thing I tell them is it’s their duty to protect themselves and protect the team so we can keep going.”

The Bobcats were able to run plays as a team for the first time since they captured the Class 2A, Division I state championship with a 28-7 win over Post at AT&T Stadium in Arlington in December.

“It’s just so good to have the kids,” Herring said. “We had great numbers. We had 70 kids show up and I’m elated for that. They had a great summer. They came in good shape and I like where we are.”

The Bobcats have a quite a few positions to fill and will rely on a number of younger players this season.

“I feel like we’re getting there,” said senior Zavien Wills. “It’s just getting a feel for the new team. But it feels good being out here.”

“It feels good to be out here with the teammates,” said junior Jordan Kelley. “We have a lot of new upcoming people on the varsity. It’s all about building chemistry with your teammates.”

Refugio will have a new starting quarterback this season, and senior Josh Rodriguez, sophomore Caleb Hesseltine and freshman Isaiah Avery are competing for the position.

Herring knows the quarterbacks need practice reps, but he’s pleased with the amount of prep work they did with quarterback coach Cameron Cox when they were unable to practice.

“We were able to do a lot of virtual meetings, which normally you don’t have time for,” Herring said. “During the quarantine, we weren’t able to have our kids a lot so our quarterback coach was able to get the quarterbacks on Zoom meetings and do a lot of playbook and film study. We’re actually intellectually miles ahead of where we have been,”

The Bobcats are doing their best to adapt to their new guidelines, knowing the season could depend on it.

“It’s a lot different,” Kelley said. “Nobody wants to go two hours of football wearing a mask. It gets hard to breathe. We’re just going to have to get used to it and look forward to the season.”

Refugio does running back drills. pic.twitter.com/RnifF9QCCQ

“It’s kind of weird,” Wills added. “It’s not just here, it’s everywhere we have to wear a mask and put hand sanitizer on. It’s just like a new way of life.”

NOTES: Refugio will play all eight of its scheduled games on the road. In addition to District 15-2A, Division I games, the Bobcats will play Devine, George West, Edna and Taft.