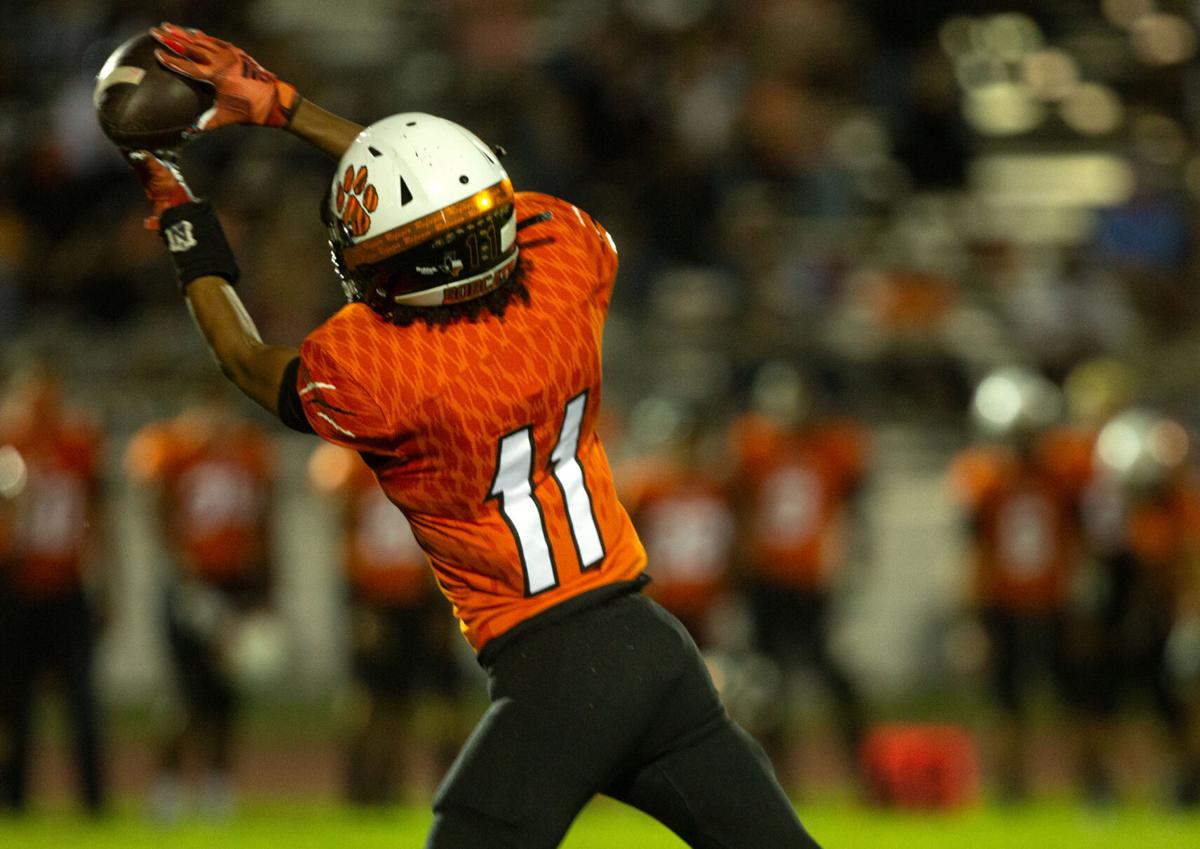 Refugio’s Sean Jones makes the catch during a District 15-2A, Division I game against Bloomington at Bobcat Stadium. 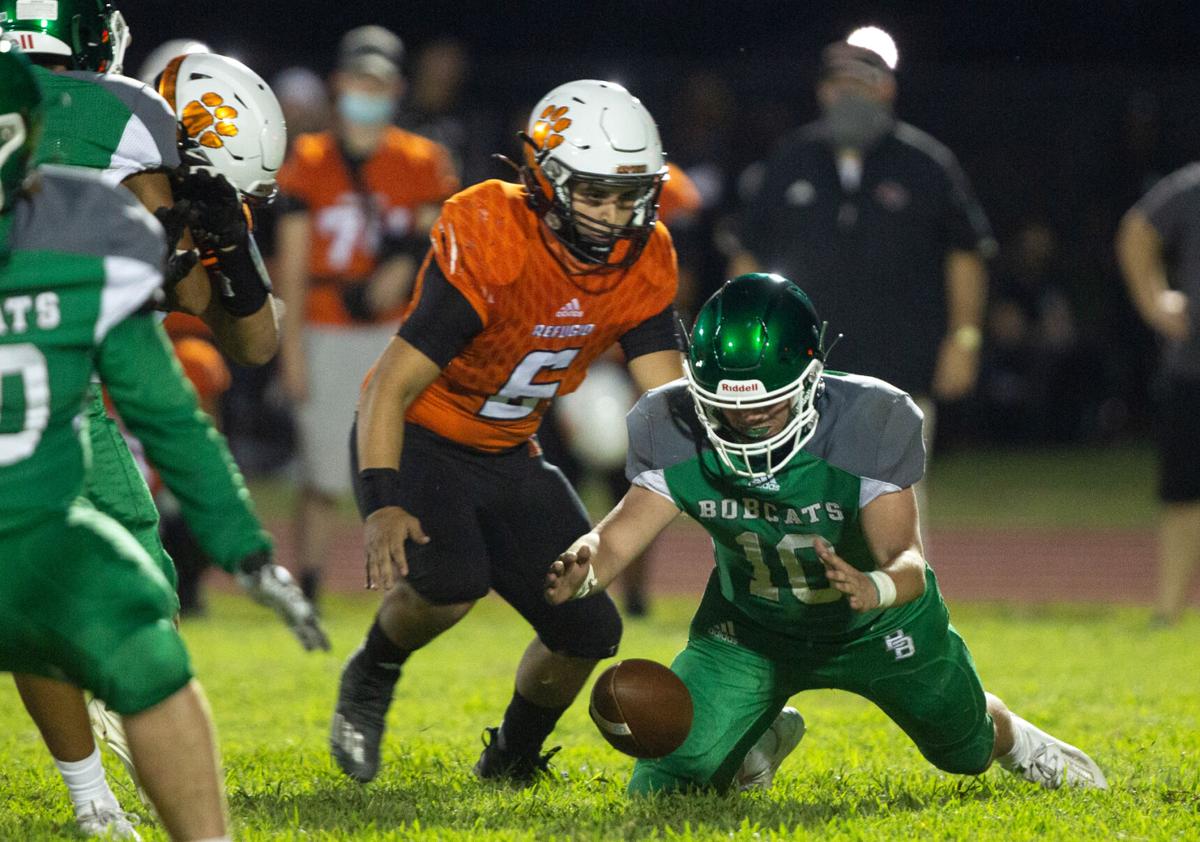 Bloomington's Isaiah Solis attempts to quickly recover a fumble during a District 15-2A, Division I game against Refugio at Bobcat Stadium. Bloomington struggled to keep up with Refugio standing on top 47-0 at halftime.

Refugio’s Sean Jones makes the catch during a District 15-2A, Division I game against Bloomington at Bobcat Stadium.

Bloomington's Isaiah Solis attempts to quickly recover a fumble during a District 15-2A, Division I game against Refugio at Bobcat Stadium. Bloomington struggled to keep up with Refugio standing on top 47-0 at halftime.

REFUGIO — Refugio found out Tuesday evening that its Class 2A, Division I area playoff game against Flatonia would no longer be played at Poss Johnson Field in Karnes City.

COVID-19 concerns in Karnes City caused the game to be moved to Yoakum’s Bulldog Stadium at 7 p.m. Thursday.

But the Bobcats took the news in stride in what has been anything but a normal year.

Once the UIL announced plans for the season, Refugio was forced to play all of its games on the road because of damage done to Jack Sportsman Bobcat Stadium during Hurricane Harvey.

The Bobcats were able to play their entire eight-game schedule, including their four District 15 games.

But last week’s scheduled bi-district game was forfeited by Riviera.

“If Covid has taught me one thing, it’s don’t get all bunged up about things that are out of your control,” said Refugio coach Jason Herring. “I don’t like it, but there was nothing I could have done about the forfeit. We’re just trying to make the best of it.”

The Bobcats have done their utmost to keep their focus and maintain their playing edge.

“We’ve been practicing putting in reps and trying to get better each and every week,” said quarterback Caleb Hesseltine. “I think we’ve put in enough work during our break to keep the timing with my receivers. The line is getting their calls in and everything is moving along. We’ve been putting in a lot of work and I’m excited to get it going.”

Herring had the team go through normal practices at least three days a week during the time off.

“I’m concerned about two things,” Herring said. “This will be the best opponent we’ve seen in a while, and No. 2 is we haven’t played for so long.”

Herring was pleased with Refugio’s performance in its last game, a 62-0 win over Freer on Oct. 30.

“It’s hard for me to put a finger on it, but our last game we finally looked like ourselves,” he said. “We hadn’t looked that way offensively – which makes sense since we had to replace so many people – but defensively we’ve been solid all year.”

Refugio and Flatonia will be playing at a neutral site, but the Bobcats won the coin flip and will get to wear their black jerseys for the first time this season.

“We’re not taking any games off,” said senior Zavien Wills. “We know each game could be our last so we play to the fullest. That’s what drives us. I know this might be my last time playing football so I want to make it the best.”

NOTES: The winner will advance to the regional round against the winner of Thursday’s Ganado-Three Rivers game.

Class 2A, Division I Area