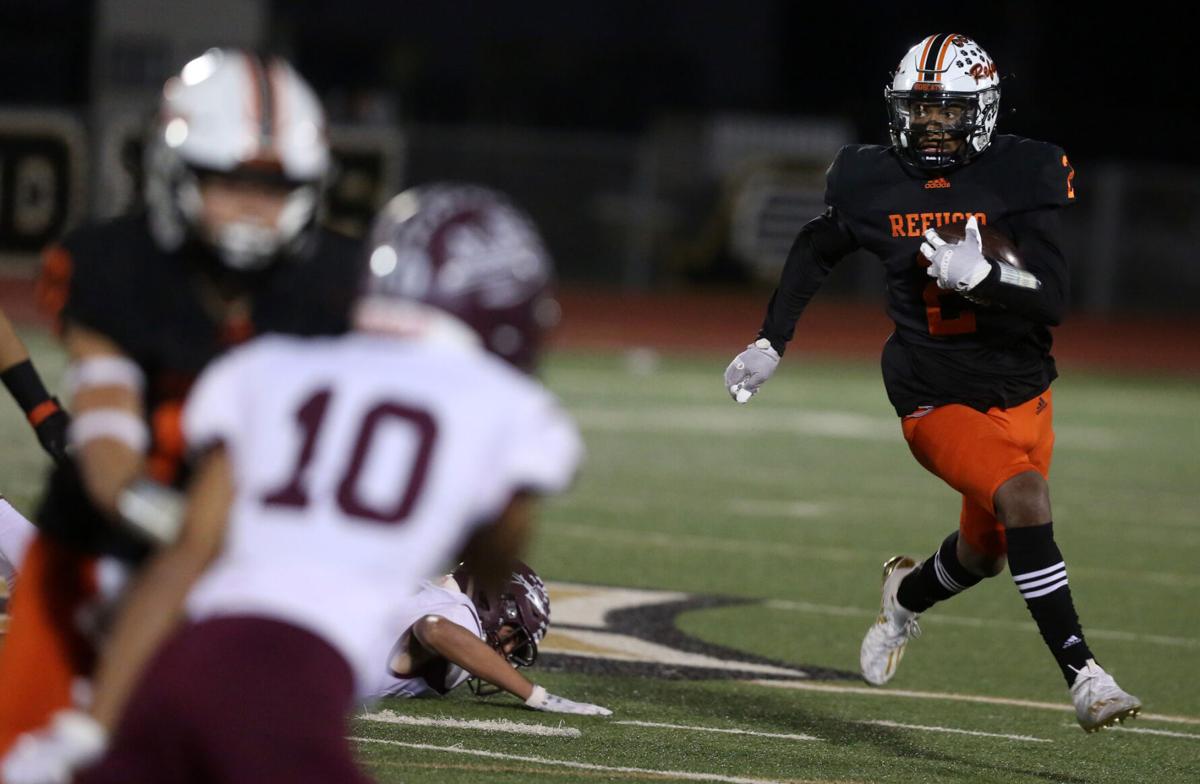 Refugio’s Antwaan Gross runs the ball during Friday’s Class 2A, Division I regional round playoff against Ganado at Sandcrab Stadium. 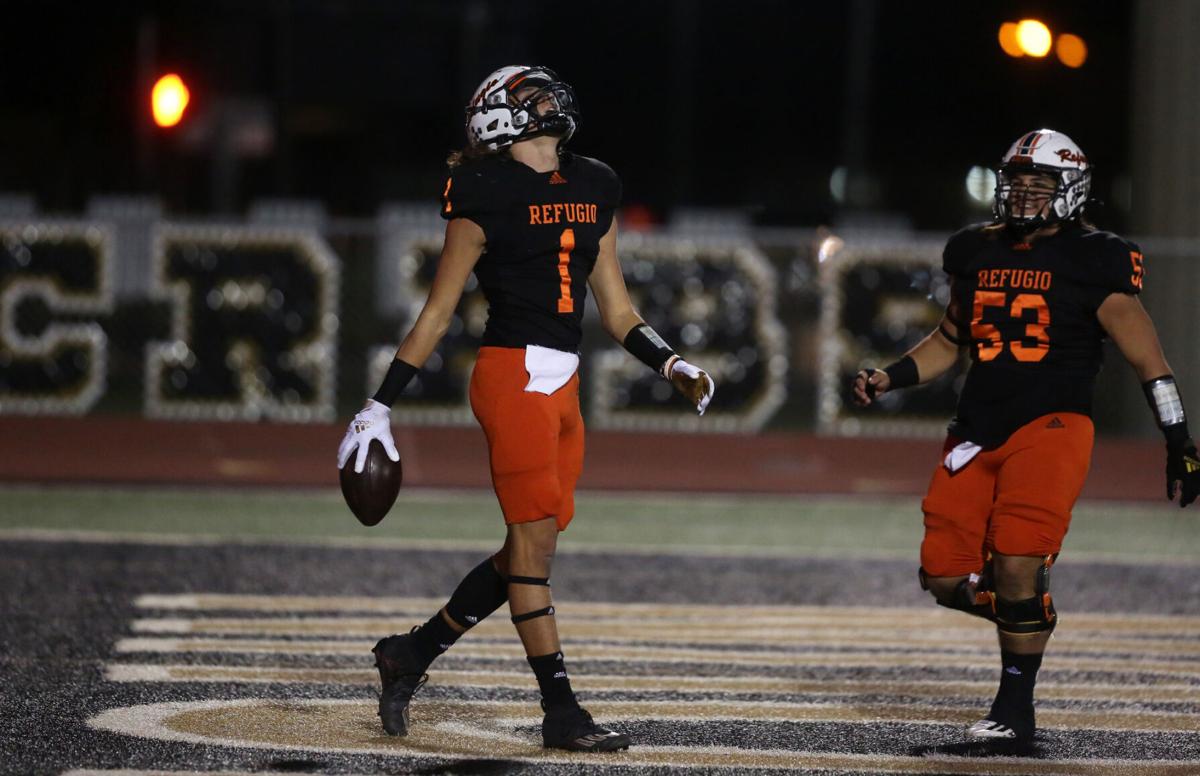 Refugio’s Jordan Kelley looks up at the sky after running the ball in for a touchdown during Friday’s Class 2A, Division I regional round playoff against Ganado at Sandcrab Stadium. 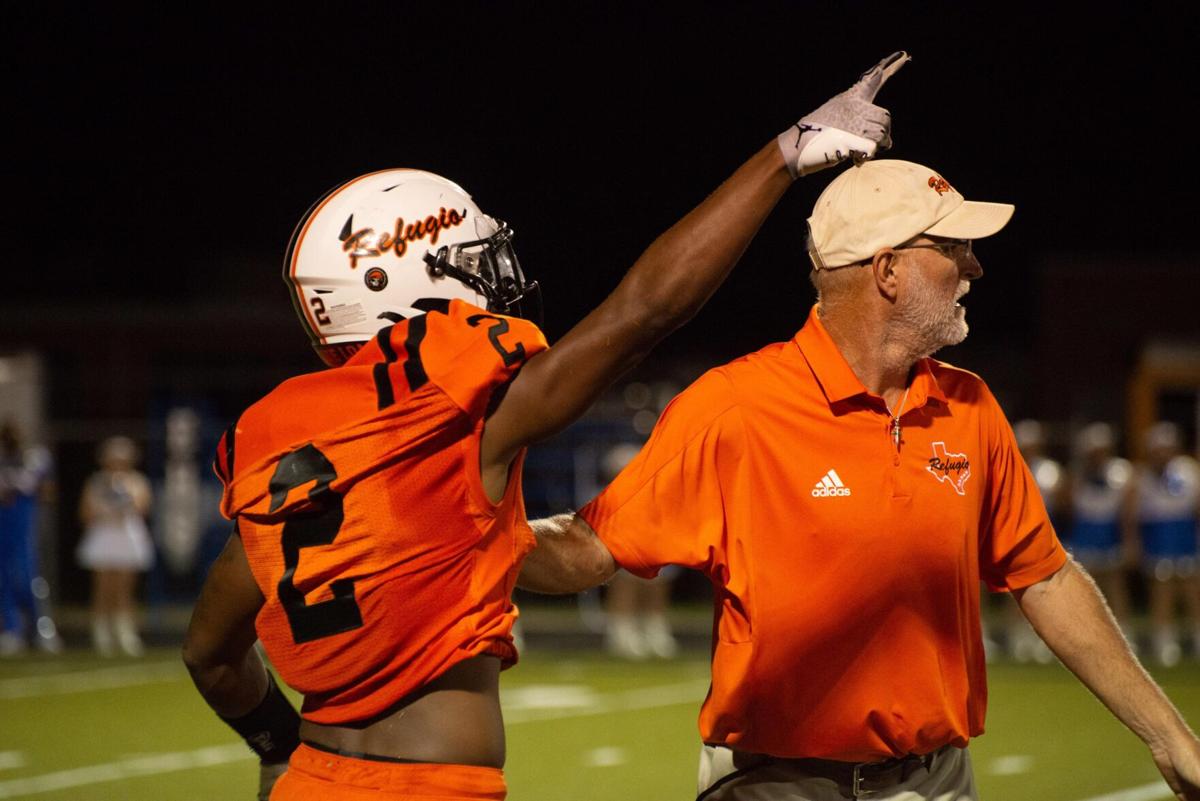 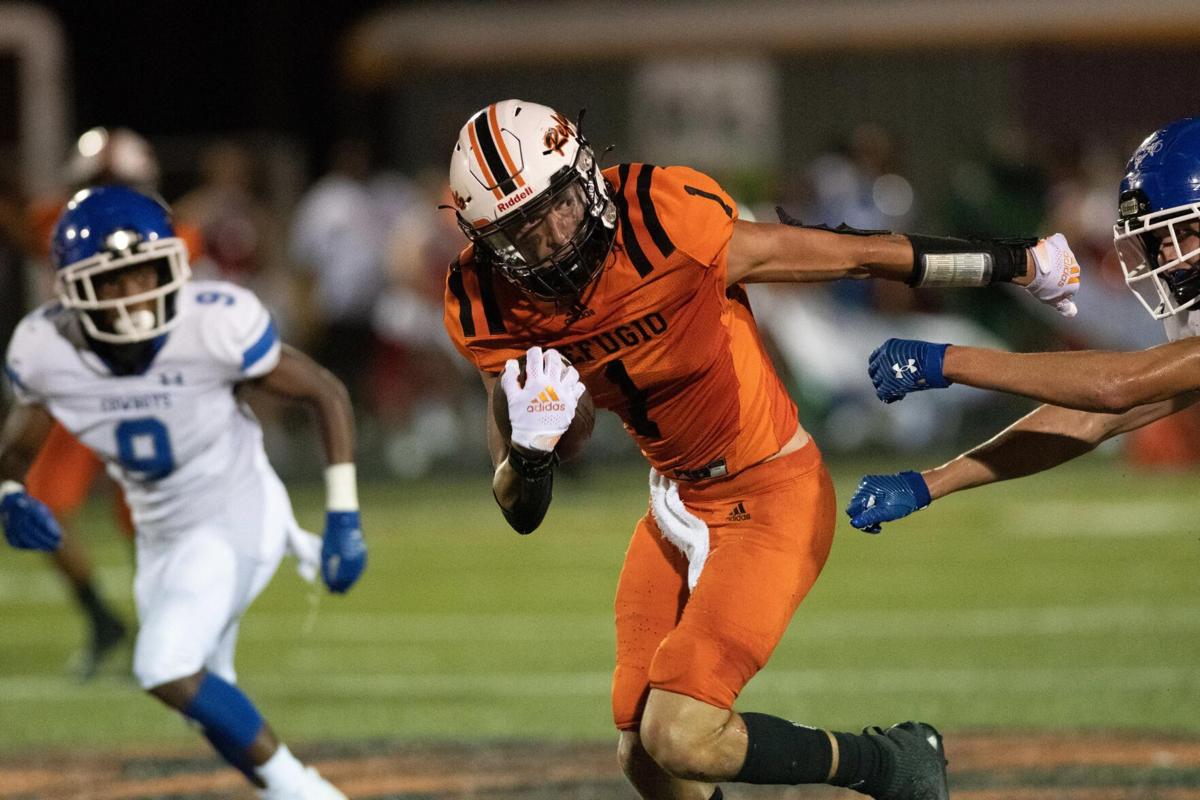 Refugio’s Antwaan Gross runs the ball during Friday’s Class 2A, Division I regional round playoff against Ganado at Sandcrab Stadium.

Refugio’s Jordan Kelley looks up at the sky after running the ball in for a touchdown during Friday’s Class 2A, Division I regional round playoff against Ganado at Sandcrab Stadium.

REFUGIO — Jordan Kelley knows every team has its unique style and characteristics.

But Kelley, a senior receiver and defensive back, has seen similarities between this year’s Refugio team and one he played on in the past.

“The focus of this group kind of reminds me of the 2019 team,” Kelley said. “We have leaders step up at the right time and we all know how 2019 ended.”

Refugio won the 2019 Class 2A, Division I state championship after defeating Shiner in the regional semifinals.

If the Bobcats (13-0) want to win a sixth state championship they’re going to have to defeat Shiner (13-0) when the teams meet in a regional final contest at 7 p.m. Thursday at Victoria’s Memorial Stadium.

“I’m very excited,” said senior receiver and defensive back Antwaan Gross. “It’s going to be packed, it’s going to be really loud and it’s going to be the best game ever. We most definitely have been looking forward to this game. We got a little taste in our mouths last year.”

Shiner defeated Refugio in the regional final last season and went on to win the state title.

“At the beginning of the season we always told ourselves that this matchup was going to happen,” Kelley said. “Last year left a bad taste in our mouths.”

The Bobcats have breezed through the season, trailing only once — against Edna — and outscoring their opponents by a combined 808-84.

“It’s the coaches and mainly just trust in the process,” Gross said. “You just listen to them and be coachable and everything flows just how it’s supposed to be.”

Kelley also attributes much of the success he’s had to the coaching at Refugio.

“It’s been great. The coaches have shown nothing but love to me all four years,” Kelley said. “Without them, I wouldn’t be who I am today. I credit them for that. They.re the best coaches in the state. They get us ready for any game and they put us in the best position possible for us to go out and play.”

Kelley has been on varsity for four seasons, and Gross for three and both have been a big part of Refugio’s success.

“They’ve been our leaders,” said Refugio coach Jason Herring. “They’ve been captains since they were sophomores. They’re two of the most dynamic players we’ve ever coached. What I love about them is they’re great kids.

“What’s great about Antwaan and Jordan is you don’t ever have to worry about them because they’re going to do what’s right. Their leadership has just meant volumes to our team and there’s no way I could ever put into words how much I appreciate them.”

Kelley and Gross are thankful for the career they’ve had at Refugio and don’t want it to end anywhere but AT&T Stadium in Arlington.

“We can’t let each other down,” Gross said. “If something goes bad or happens, just keep playing and move on.”

“It definitely puts more urgency in my body,” Kelley added. “Our coaches say we only have like a few weeks max and I definitely don’t want it to end.”

NOTES: Refugio will be the home team...Tickets will be sold online only...The winner will advance to the semifinals against the winner of Friday’s Timpson-Centerville game.

Class 2A, Division I Regional Final