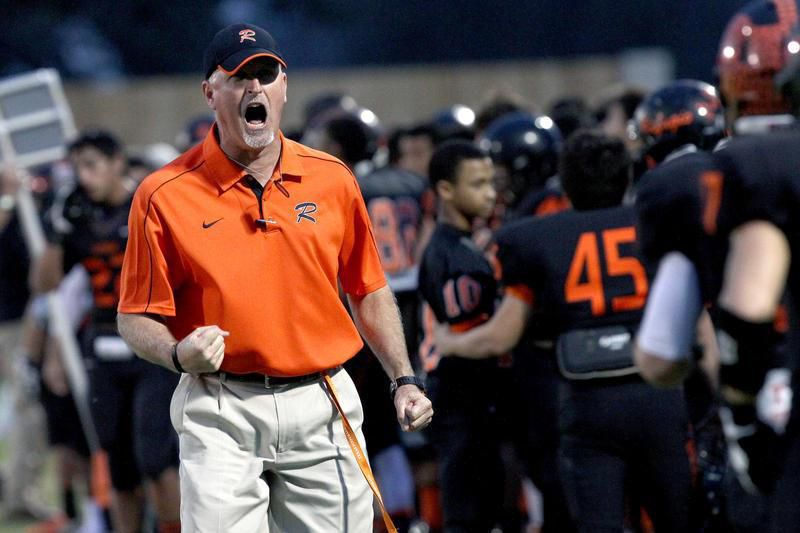 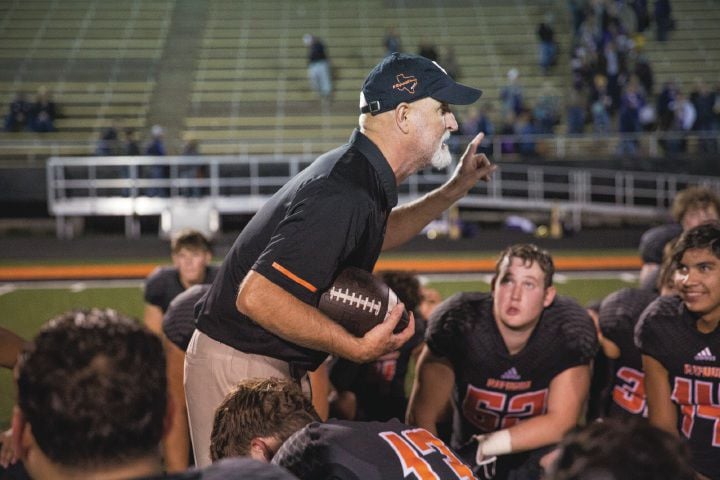 Refugio Head Coach Jason Herring congratulates his team after a District 15-2A, Division I win against Shiner.

Refugio Head Coach Jason Herring congratulates his team after a District 15-2A, Division I win against Shiner.

Refugio’s Jason Herring is already thinking about the 2018 season.

But Herring got another reminder of how special last season was Tuesday when he was named the 2017 Lone Star Gridiron Class 2A Coach of the Year.

Herring also won the award last season and in 2011.

This year’s award was presented to Herring for his efforts to help the school and the community recover from the devastation of Hurricane Harvey.

Herring was also recognized for assisting junior Casey Henderson after he suffered a serious neck injury in a game and for his efforts in helping Henderson’s family rebuild their home.

Herring’s off-the-field work didn’t prevent him from leading the Bobcats to their third straight state final appearance, where they dropped a 34-21 decision to Mart.

“Obviously, what we went through with Casey and the hurricane and to be right back in the finals on top of graduating probably the best class we’ve had in years. That was really an awesome year,” Herring said. “We’ve gotten where we measure ourselves just in championships. Honestly, there’s more to it than just that.”

Herring received the honor less than a week after it was announced that Refugio was named Dave Campbell’s Texas Football’s Class 2A team of the year.

“Getting that team of the year, I was so proud of that for the kids and the community,” Herring said. “It didn’t turn out like we wanted. We wanted to win the dang thing.”

Texas Football expects Refugio to get another opportunity to win a state championship in the upcoming season.

Texas Football’s Class 2A, Division I preseason poll released Tuesday has Refugio ranked No. 1, Shiner ranked No. 2 and Mason ranked No. 3.

“I honestly thought whoever wins our region has a great shot of winning it,” Herring said. “I didn’t know we would be No. 1, but I thought us, Mason and Shiner would be all top five for sure.”

Refugio is no stranger to being ranked high in preseason polls and has grown accustomed to high expectations.

Refugio and Shiner were not the only teams to be ranked in Texas Football’s preseason polls.

District 14 foes Goliad and Yoakum, were ranked No. 2 and No. 5, respectively, in the Class 3A, Division I poll.

“One thing it did by us getting in that district (with Yoakum) is make us work harder,” said Goliad coach Bobby Nicholson. “All preseason polls do is get the kids fired up. I told the kids the Tigers better be ready because we have a target on our backs.”

Falls City was ranked No. 7 in the Class 2A, Division II poll.

Texas Football’s Class 4A preseason polls are scheduled to be released Wednesday.