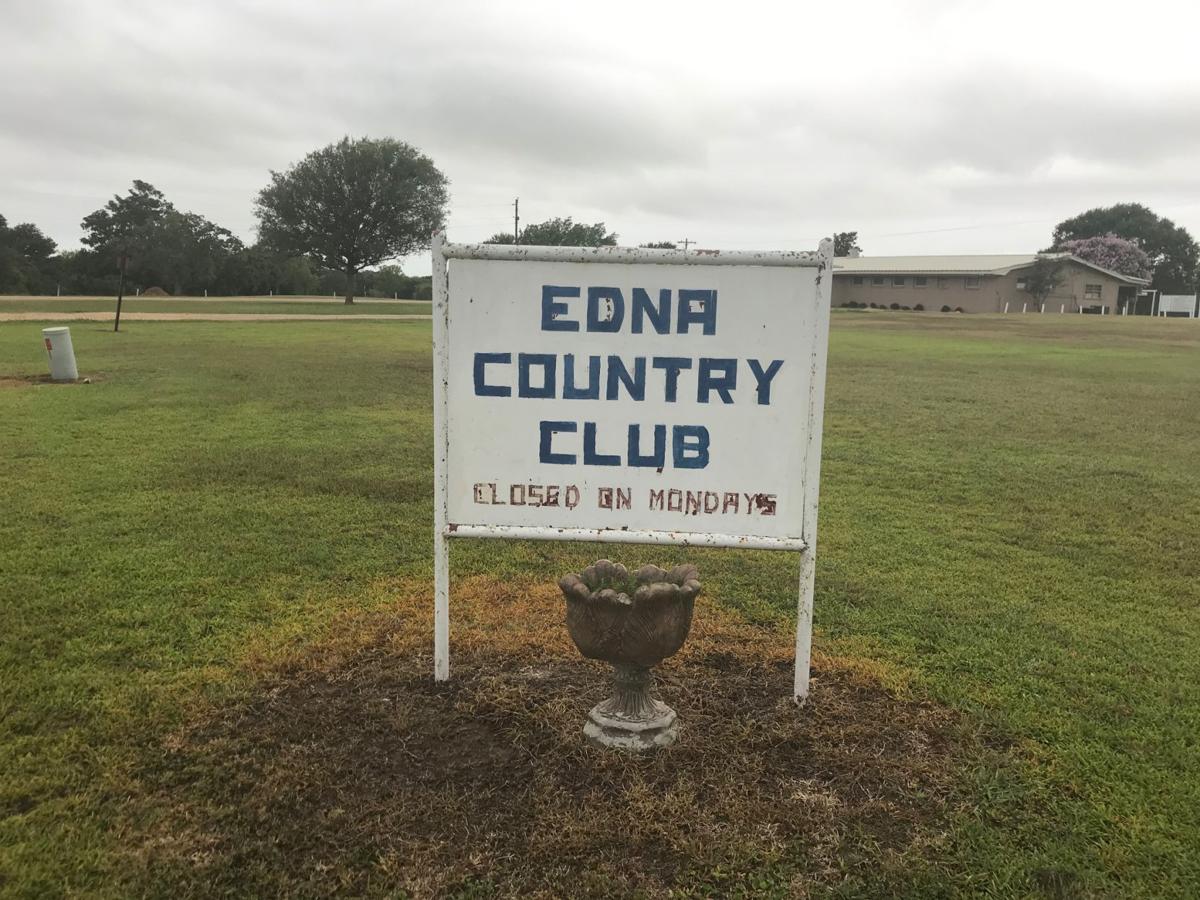 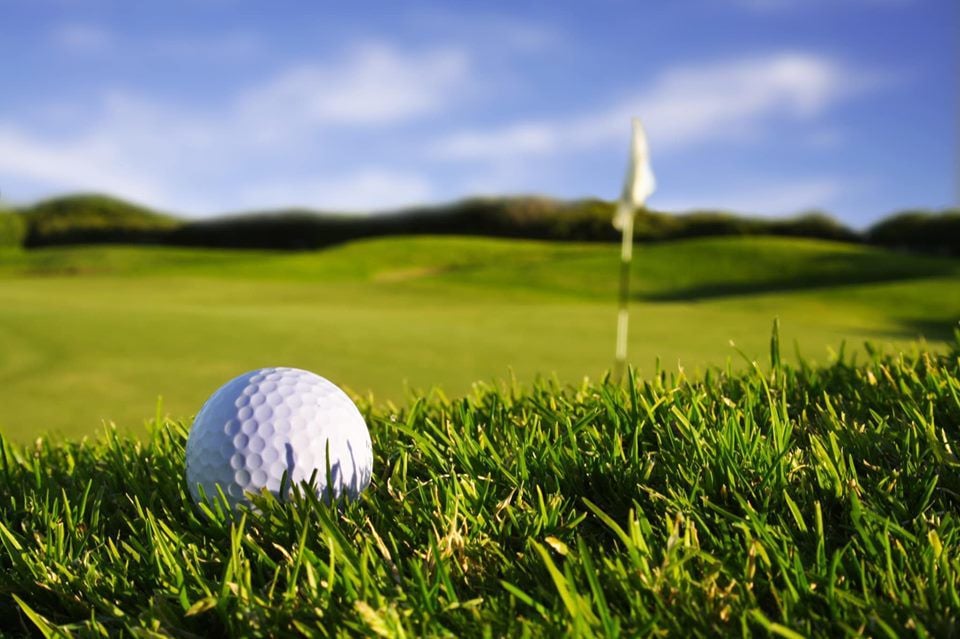 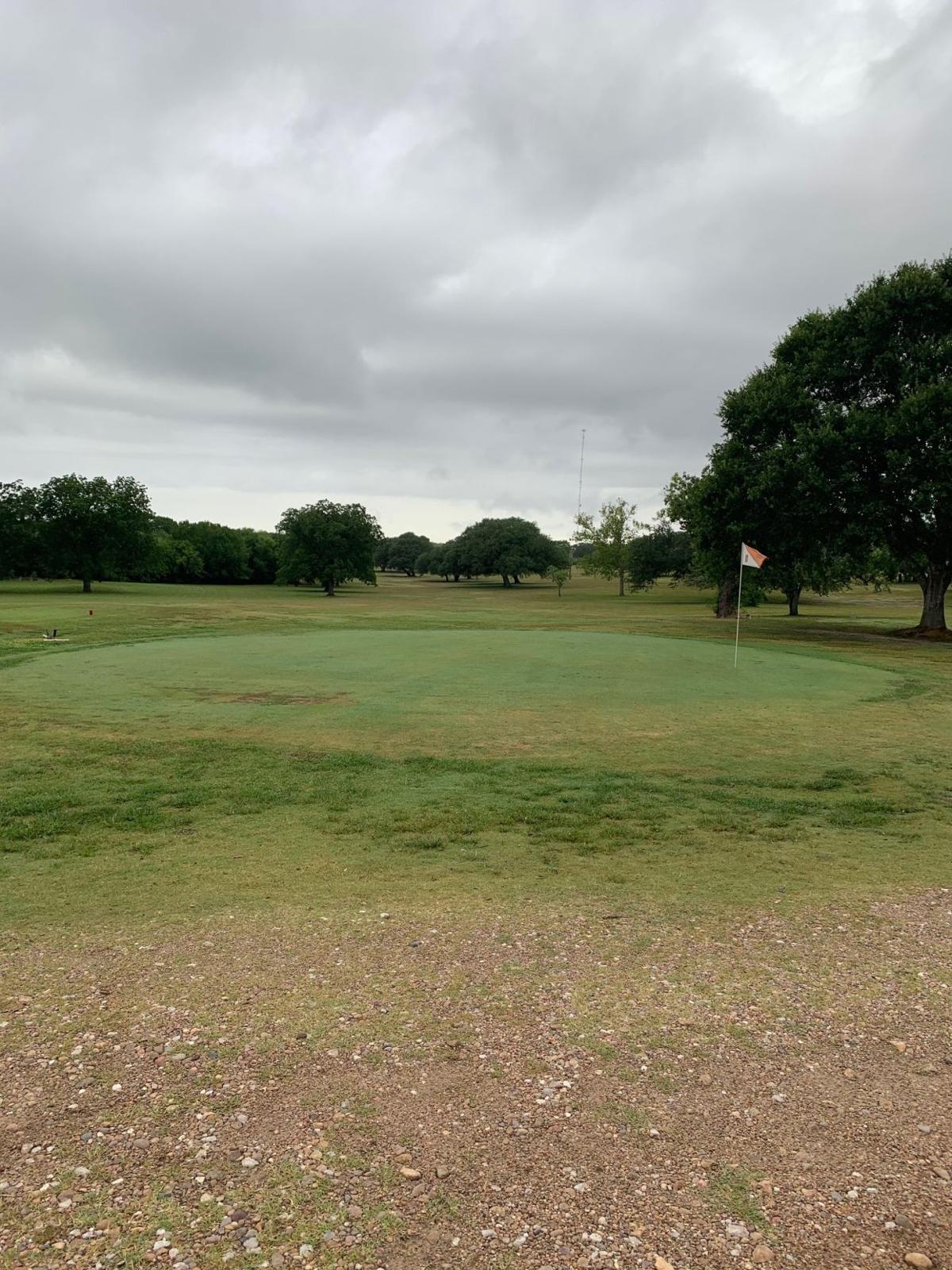 This week I donned my mask and visited one of my favorite nine-hole venues in the area-Edna Country Club. Retired insurance agent, Don Sachtleben is the treasurer for the Board of Directors of this private facility and manages the day to day operations. Don and I sat on the patio watching the deer and the hummingbirds while overlooking the natural valley that this club is built on.

The idea for Edna Country Club was formed by a group of rice farmers back in the early 1950s. The land close to the Lavaca River was leased and the nine-hole course was built in 1953. This river bottom land is loaded with beautiful oak trees and a gentle sloping terrain that gives you uphill, sidehill and downhill looks. The river does occasionally flood the lower part of the course but when it does, Don says they just play around the high water until it recedes.

Edna Country Club currently has 90 active members but is also open to the public for free play. Don mentioned the members here are a very tight knit group. The club does not have a large budget so some of the members pitch in when necessary to keep up with the maintenance and preservation of the course. They do several events each year to raise funds to cover the property taxes on the facility such as fish-fries, a Father’s Day tournament and others.

Don told me that this is a highly active club. They did not have to shut down when the pandemic started but have been practicing all the social distancing and sanitizing guidelines since it began. The members have a Wednesday, Friday and Saturday game that anyone can participate in. During daylight saving time, they also have a Thursday night scramble every week. There is also a first Sunday scramble that is immensely popular.

The 85-acre facility has a driving range next to the clubhouse. The club allows Edna, Industrial and Louise high school golf teams to practice there. They have carts for rent, but also allow private carts owned by the members to be kept in cart sheds on the property. This makes it easy to go out and play a quick nine holes in the evenings. The course is set up with different tees for the front nine and back nine. It gives you a different look and strategy when you play 18 holes. One 400-yard par four that plays all uphill and usually into the wind will give you all the difficulty you want.

Edna Country Club is a beautiful but challenging layout. If you have not had the pleasure of playing this jewel, make the thirty-minute drive to Edna and try it out. You will not be disappointed.