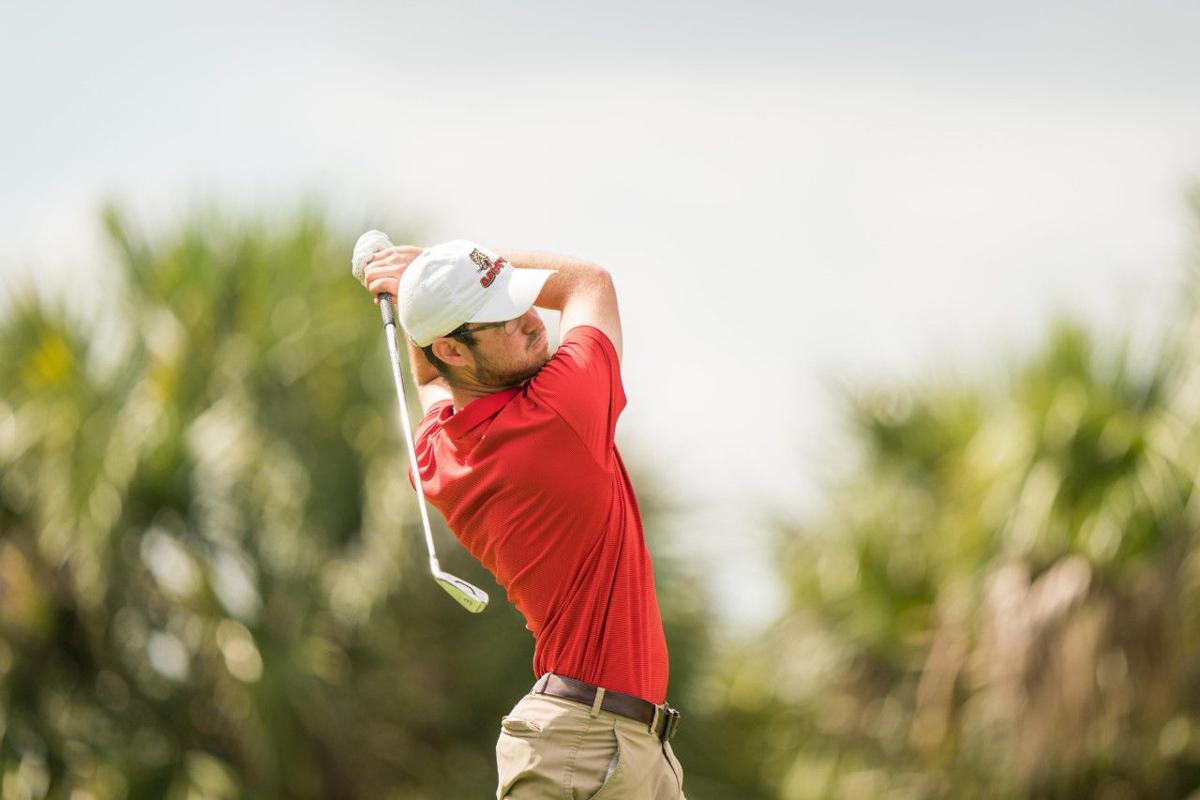 Ben Lake is a UHV golfer and a graduate of Victoria East. 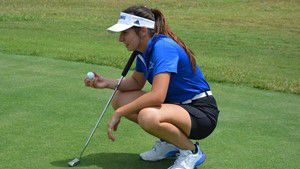 Ben Lake is a UHV golfer and a graduate of Victoria East.

Crossroads area golf is continuing to flourish with social distancing restrictions being the new normal. We were finally able to watch live golf on television the last two weekends. These exhibition matches were for great COVID-19 charitable causes and were fun to watch.

In a couple of weeks, we will see some real competitive golf being played on the professional tour. It will be interesting to watch since there will be no fans in attendance for a while.

This past week I visited with two of Victoria’s youth that had success in high school and went on to play college golf at a higher competitive level. The Lake twins Ben and Madison were stars of their golf teams at Victoria East. They were offered different opportunities to play college golf and are continuing this path.

Benjamin Lake went from East High School to West Alabama University to study and play golf. A year later he came back to The University of Houston-Victoria and was able to make the golf team.

Ben says he was glad to be back home, and immediately bonded with the other members of the UHV golf team.

This past season (cut short by the pandemic), Ben complied a 76.00 scoring average in nine events. He won individual honors at the PGA Works Championship and had six top-10 finishes in all the events he played.

Ben has been working at Victoria Country Club this summer. He also occasionally travels with one of his fellow UHV teammates to Texas Junior Golf Tour events to help with set-up, scoring and general tournament business when possible.

He is a biology major at UHV and will be a senior this fall. He plans to join the Air Force after graduation and wants to be a pilot.

UHV’s 2020-21 schedule is still not finalized, but the UHV Fall Classic will probably be the first tournament for the team when they come back.

Ben is really looking forward to his final year. He has been practicing a lot and hopes to do well. Good Luck Ben.

Madison Lake has had a busy summer. She has been working full time at the Victoria Veterinary Clinic. At TAMUK, she is studying animal science and hopes to continue her studies at A&M, Texas Tech or Oklahoma Veterinary schools.

In high school, Madison helped lead her team to consecutive district titles and qualified for the State Championships two years in a row. Madison told me the transition to college golf was a big step.

She said the college girls were much more serious and competitive. All these girls could really play. Her golf game and her work ethic have gotten Madison many accolades at A&M-Kingsville. The team practices at the L. E. Ramey Golf course in Kingsville.

They compete in the Lone Star Conference and there are nineteen teams in the Region. Their schedule takes them to Florida, Arkansas and Oklahoma as well as many Texas tournament locations.

Madison was in the lineup for all 11 tournaments her first two years and made the roster for all the tournaments played her junior year before the pandemic shut down. Her scoring average of 79.44 was TAMUK’s second best.

She placed second at the PGA Minority Collegiate Championship. Madison also had her first ACE on Feb. 25, 2020 at the Islander Classic at Corpus Christi Country Club.

Madison is looking forward to her senior year and hoping to finish strong for the TAMUK Lady Javelinas. No schedule has been announced yet, but she is hoping things get back to normal.

There will be three seniors on the team this year and Madison believes they can do well in the conference. Good Luck and play well Madison. We will be following your efforts.