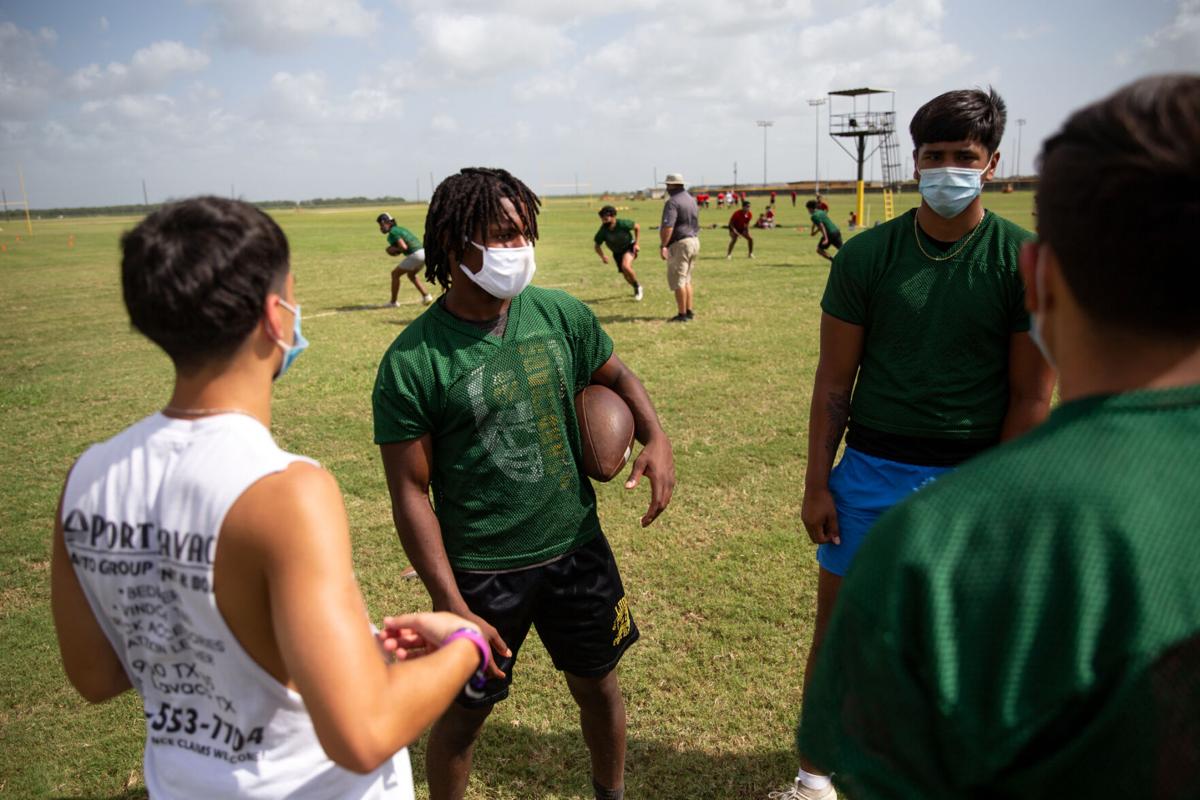 Calhoun’s Jarius Stewart holds the football while talking to his teammates during strength and conditioning workouts at Calhoun High School. 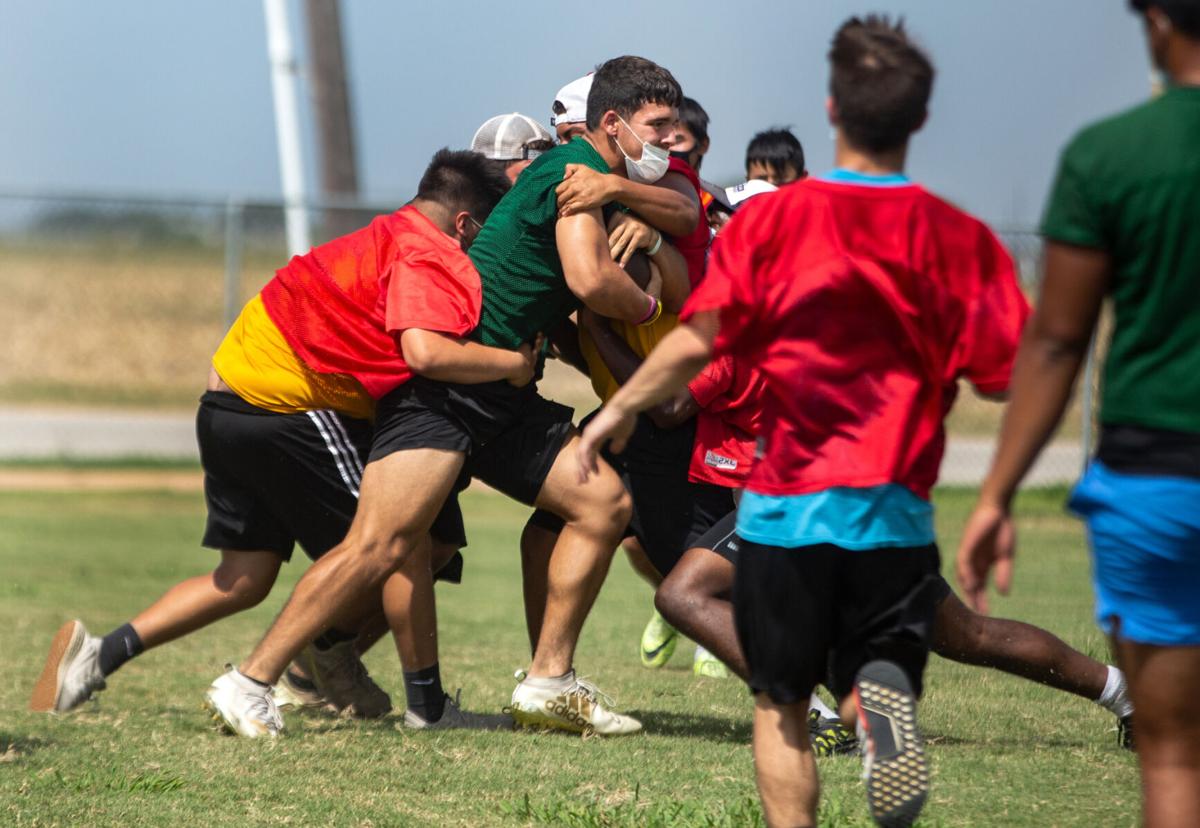 Calhoun players try to take down running back Steve Johnson during strength and conditioning workouts in Port Lavaca.

Calhoun’s Jarius Stewart holds the football while talking to his teammates during strength and conditioning workouts at Calhoun High School.

Calhoun players try to take down running back Steve Johnson during strength and conditioning workouts in Port Lavaca.

Calhoun will open the 2020 season as scheduled after the Sandcrabs were able to find a Week 1 opponent in Waco La Vega.

Calhoun is coming off a successful 2019 campaign. The Sandcrabs captured their first district championship since 2012 with a 17-6 win over Corpus Christi Calallen.

The team put together a 10-3 record and advanced to the Class 5A, Division II area round.

The Sandcrabs, who are ranked No. 5 in the Class 4A, Division I state poll, will look to the return of a successful backfield in Steve Johnson, Sean Flores and Jarius Stewart.

Other key players for the Sandcrabs will be Aaron Zapata, Damian Chavez, Danny Garcia, Adrian Chambers and Jacob Laughlin.

Johnson, who set Calhoun’s career rushing record during his junior season, rushed for 2,298 yards and 30 touchdowns.

“We have a great core of kids coming back with three starters in our secondary,” Whitaker said. “In our backfield, there’s Steve Johnson, Sean Flores and Jarius Stewart. We feel good about this group. Our kids have been in a lot of games and lot of matchups. We like our chances if we can get some snaps and get some playing time.”

Calhoun’s biggest change during the offseason was moving Stewart into the quarterback position with the departure of Conner Kestler.

The Sandcrabs will also be without linebacker Cade Kveton, who was an anchor for the team’s defense.

But Whitaker, who is preparing for his 16th season at Calhoun, is confident his players will have success filling each role.

“Jarius is a great football player — no matter where you put him,” Whitaker said. “I remember when we put him in the heat of battle against Calallen, and it was a close game. He’s a good young man and works hard. We lost a good quarterback, but we gained another one in him.”

The Sandcrabs will also see action against Alice, Calallen, Tuloso-Midway and Corpus Christi Miller in the newly-aligned District 15-4A, Division I.

Calhoun has continued to do its part by staying ready through strength and conditioning workouts and team scrimmages.

“It hurts my heart that they haven’t been able to play,” Whitaker said. “Our kids are hungry, excited and they want an opportunity to continue playing.”