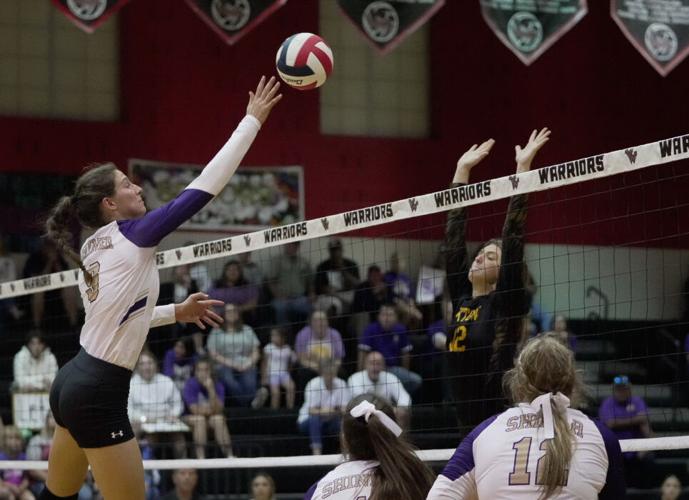 Shiner’s Rylee Vancura loves the ball over Yorktown’s Emie Bolting in a bi-district matchup in Victoria. 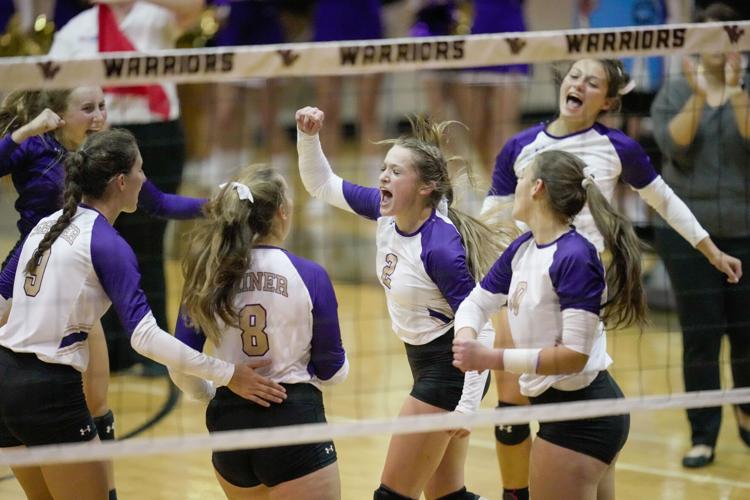 The Shiner Lady Comanches celebrate after taking the match against Yorktown Tuesday night. 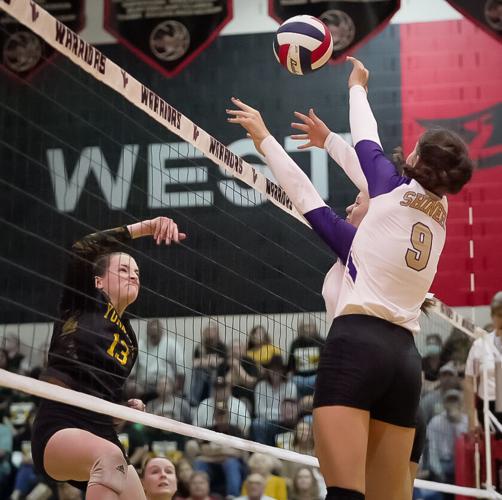 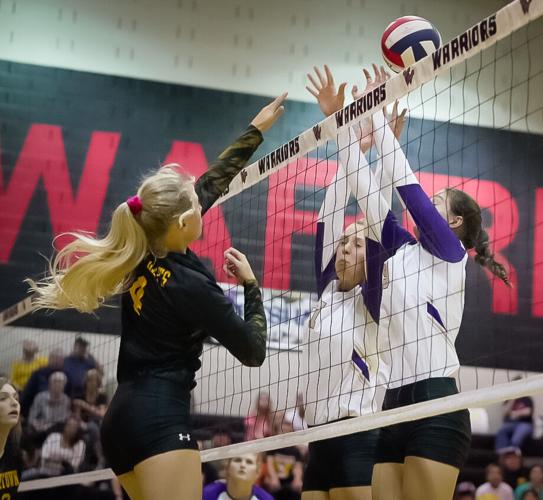 Yorktown's Seely Metting spikes the ball through the blocking of Julie Ivy (7) and Rylee Vancura (9) of Shiner in game action. 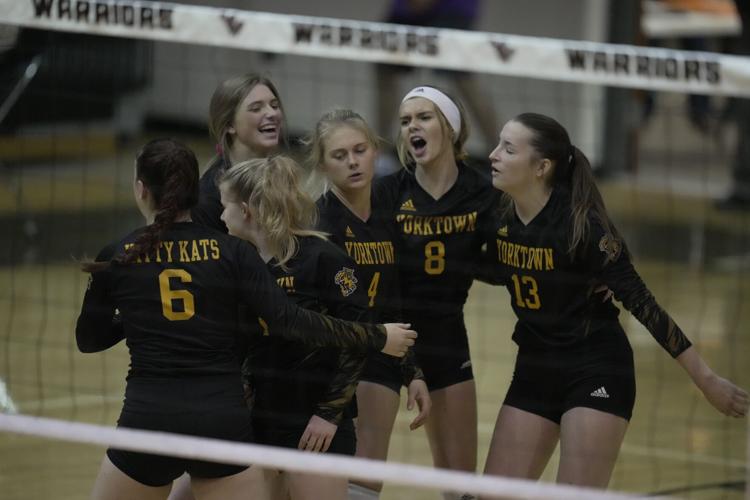 The Yorktown Kitty Cats celebrate after winning a point against Shiner in game action Tuesday night in Victoria.

Shiner’s Rylee Vancura loves the ball over Yorktown’s Emie Bolting in a bi-district matchup in Victoria.

The Shiner Lady Comanches celebrate after taking the match against Yorktown Tuesday night.

Yorktown's Seely Metting spikes the ball through the blocking of Julie Ivy (7) and Rylee Vancura (9) of Shiner in game action.

The Yorktown Kitty Cats celebrate after winning a point against Shiner in game action Tuesday night in Victoria.

It was youth against experience in Tuesday’s Class 2A bi-district game between Shiner and Yorktown at Victoria West.

The Kitty Kats and their five seniors were coming off their third straight unbeaten district season, while the Lady Comanches and their five sophomores and three freshmen had finished fourth in a tough District 27-2A.

“We felt like we worked really hard in practice and we felt like we had this one,” said Shiner’s Rylee Vancura. “We were doing good and we got it.”

Behind the offense of seniors Seely Metting and Makenna Preslar, Yorktown (29-7) jumped out to a 10-6 lead in Set 1. But slowly Shiner (18-14) chipped away at the score before taking the lead

Mental mistakes let points slip away from the Kitty Kats in all three sets.

“We just made little mistakes and a team like Shiner adjusted and capitalized,” said Yorktown coach Irma Gomez. “We just dug deeper holes for ourselves. That’s hard to do. In playoff situations it’s different. Everybody’s amped up and a little nervous and the mistakes can seem very magnified and it did tonight with us.”

The Kitty Kats would take the lead with scores from Kaley Lassmann and Jackie Gwosdz, but Shiner came right back to tie the game at 18 before going on a 7-3 run to close out the set, 25-21.

“We have some big hitters in our district,” said Shiner coach Desiree Nitsch. “The game is fast so we have to move with it. Tonight, being with the young girls, I knew it was going to be a rough start just because of our nerves and being young. But eventually they settled down and could pull it out.”

Vancura led Shiner with 10 kills, while Megan Blaschke had 14 assists. Callie Sevcik had 7 kills and 10 digs.

For a team that had lost one set throughout district play, Yorktown knew its back was against the wall.

The Kitty Kats responded in Set 3 with their biggest lead, jumping out to a 9-2 start. But once again Shiner chipped away at the score and forced Yorktown into errors that handed the Lady Comanches the game.

“We’re a very young team and we came out we played together and were motivated,” Vancura said. “We just picked each other up and told each other that it was okay to make mistakes, that we got it.”

Shiner’s win means all four teams from 27-2A advance to the area round with Schulenburg, Weimar and Flatonia winning earlier.

The Lady Comanches will play Thorndale on Thursday at 6:30 p.m. at Giddings.

Yorktown graduates one of its most successful classes ever and hopes the loss will be a motivator for future teams.

”I’m really sad for our seniors cause I know they really wanted this,” Gomez said. “This is for sure one of the best groups we’ve had. I’m very proud of them. We’re gonna miss them. The young ones coming up have a big big job ahead of them.”