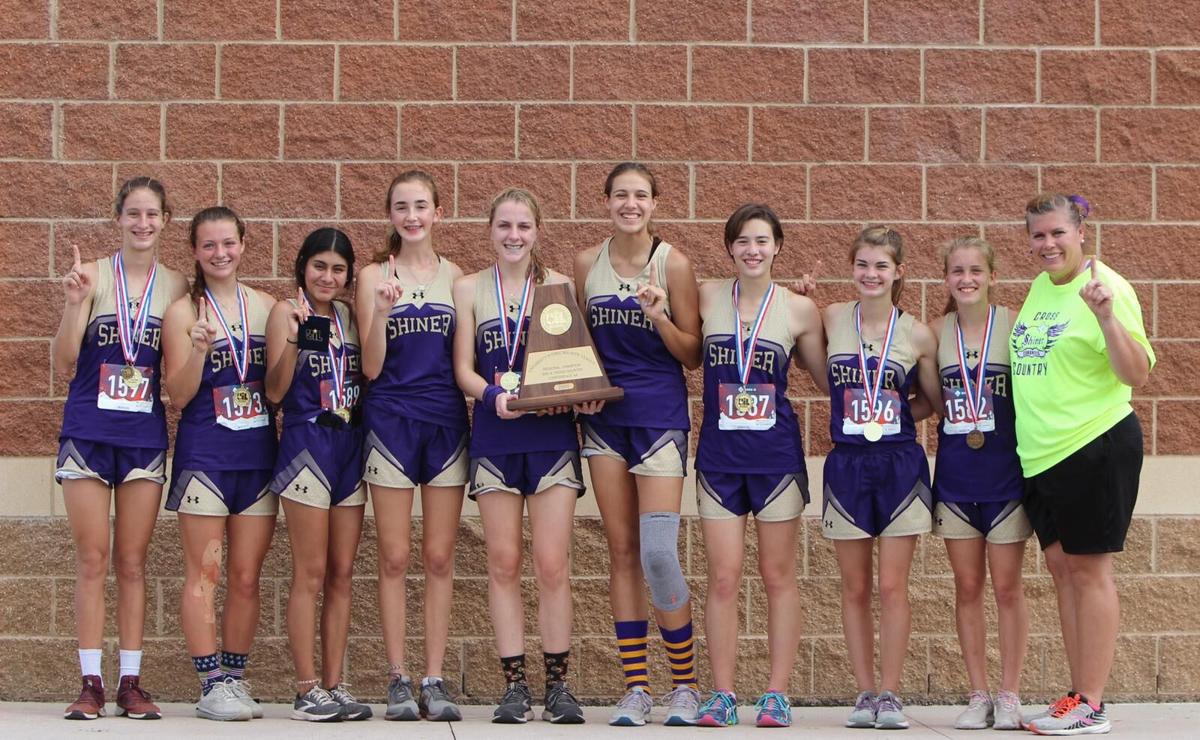 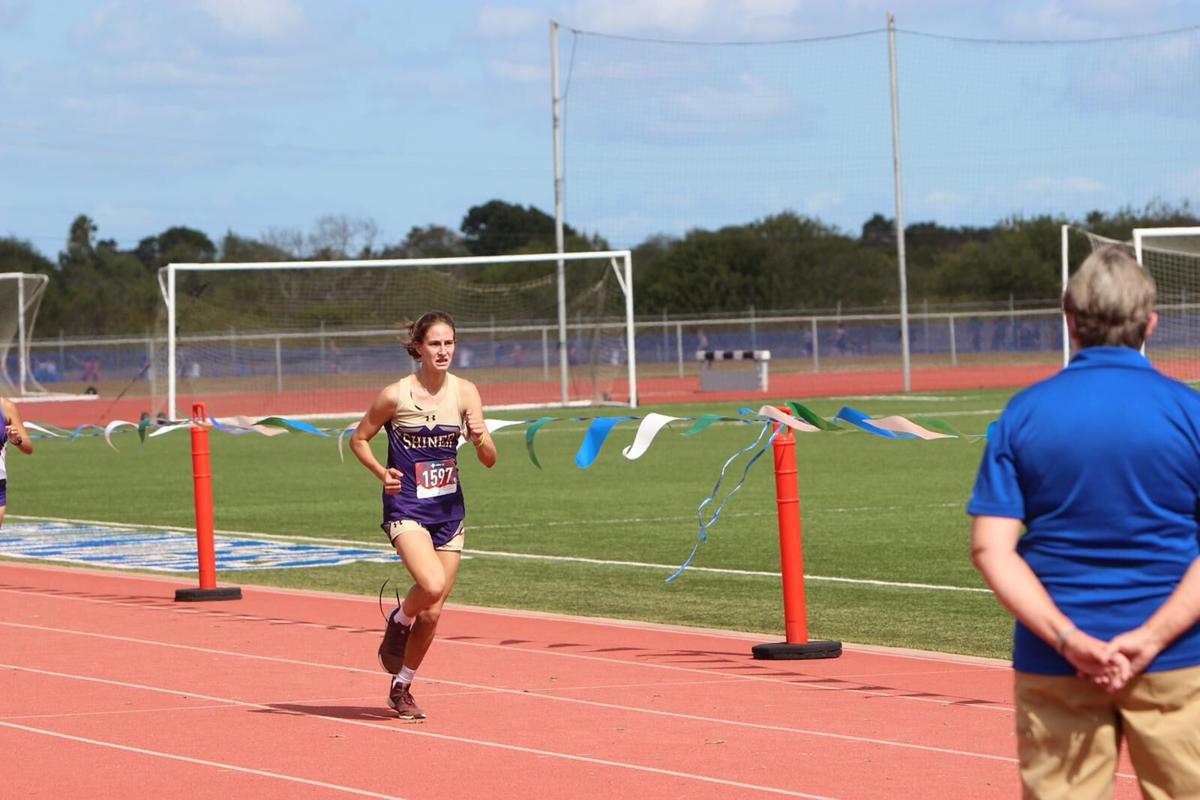 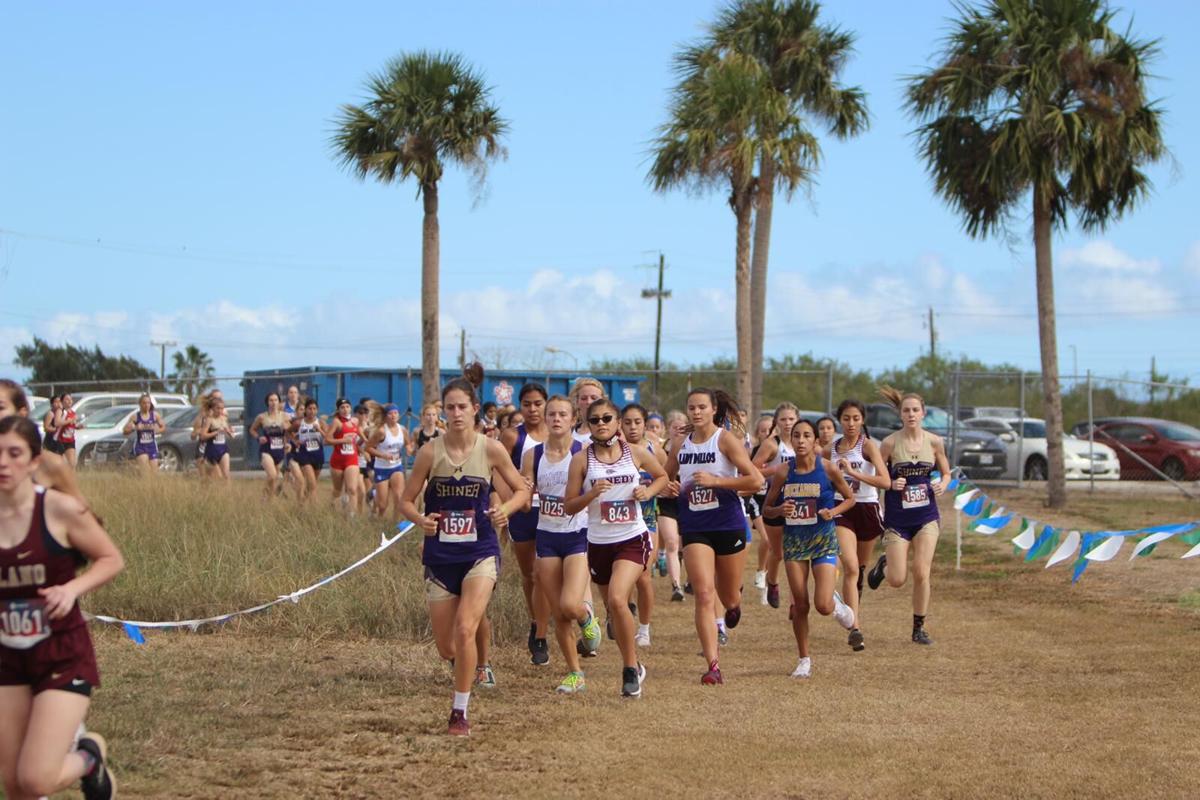 SHINER — Shiner went to the Region IV-2A regional cross country meet determined to earn a berth to the state meet.

But the Lady Comanches weren’t expecting to return from Texas A&M-Corpus Christi with a regional championship trophy.

“We were looking to advance,” said Shiner coach Michelle Winkenwerder. “We knew we had a shot, but you always give credit where credit is due. Mason and San Saba have great programs and have been there for years. When I looked up at the board and saw we were No. 1, it was an amazing moment.”

Shiner captured the team title with 53 points and advanced to the state meet as a team for the first time since 1995.

The Lady Comanches will head to Old Settler’s Park in Round Rock for the UIL State Cross Country Championships.

“We were expecting to qualify for state, but we never expected to win the regional meet,” said junior Jocelyn Moreno. “We all just did an amazing job and just motivated each other throughout the way and helped each other.”

Shiner’s Jocelyn Moreno on the Lady Comanches winning the regional meet and running at the ⁦@uiltexas⁩ State Cross Country Championships in Round Rock. pic.twitter.com/96YRCKazBg

Winkenwerder attributes the team’s success this season to its training regimen and unselfishness.

Unlike many cross country teams, the Lady Comanches practice during athletic period and again in the afternoon.

As a result, they were better prepared for the 90-degree temperatures at the regional meet.

“We’re always practicing in the heat,” Winkenwerder said. “We hosted eight meets and three big high school meets and I always put them in the heat of the day. The heat and running when we ran at all the meets really helped us out.”

But Winkenwerder gives most of the credit to the way the two freshmen, one sophomore, four juniors and two seniors on the team have bonded and supported each other.

Shiner coach Michelle Winkenwerder on the Lady Comanches winning the regional meet and qualifying for the ⁦@uiltexas⁩ State Cross Country Championships as a team for the first time since 1995. pic.twitter.com/bNxvp6bQ4S

“There’s no selfishness with this team – none whatsoever,” she added. “Last week, we had a runoff to decide who was going to be the top seven at the regional meet. They paced their fellow teammates to make sure they were doing the best they could do.”

“I really like the people I get to run with,” Grosenbacher said. “I’ve made some of my best friends from the sport. I’ve gone to state as an individual. It’s so great to have everyone go and everyone enjoy the experience.”

Shiner has a chance to make a memorable season even better by placing in the top three at the state meet.

“The race has to be run,” Winkenwerder said. “Not only are you going as a team for the first time in a long time, but you have an opportunity to bring home some hardware. That makes it even more special.”