Brinley Ramirez, Riley Rainosek and Jocelyn Moreno placed in the Top 10 for the Lady Comanches. Ramirez led the group with a time of 13 minutes, 29.17 seconds.

Industrial finished second as a team, Hallettsville was third and Yoakum was fourth.

Industrial finished second as a team with Johnathan Garcia and Aaron Wilfert placing in the Top 10. 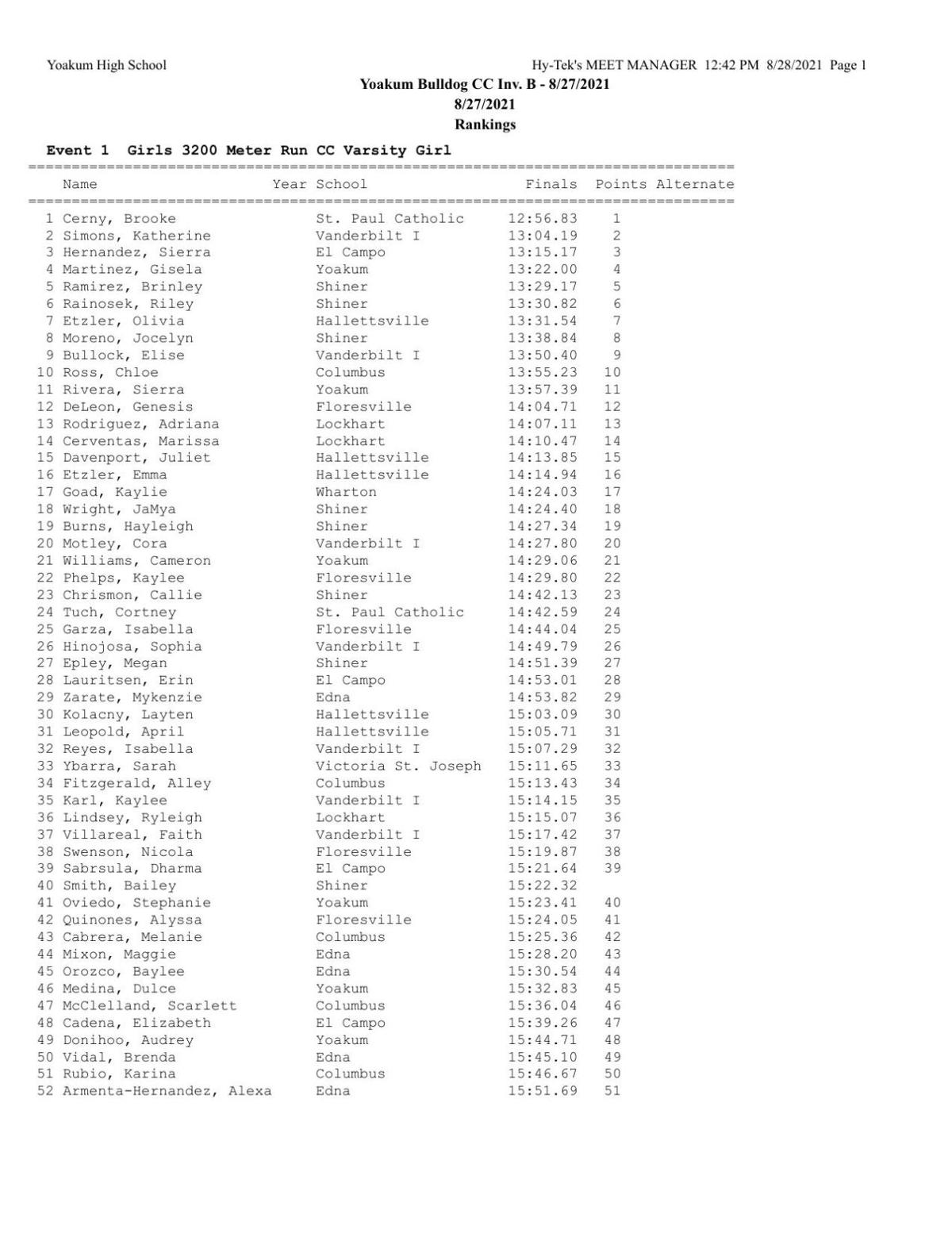 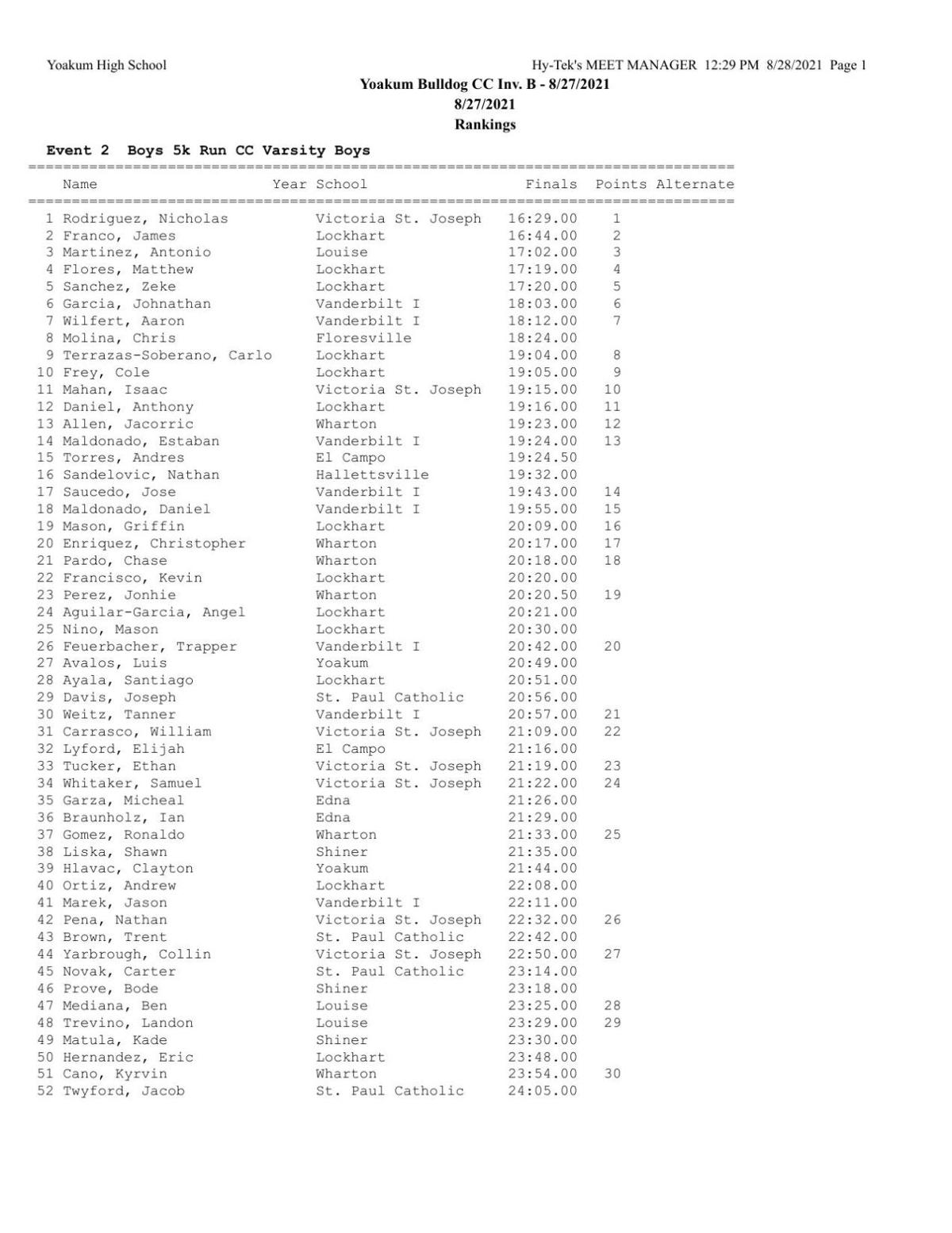