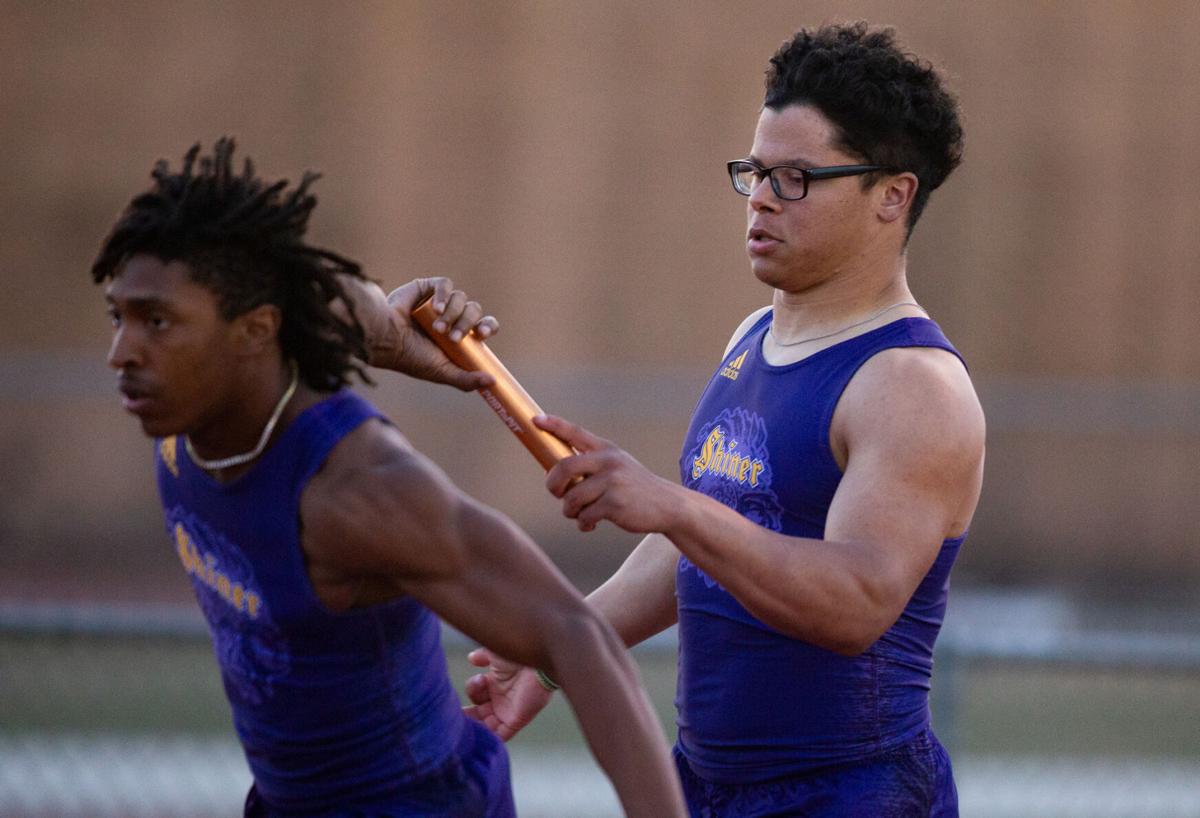 Shiner’s Zane Rhodes, right, passes the baton off to Trevor Haynes in the 800-meter-relay during Thursday’s Shirly Frnka Relays at Goliad High School. 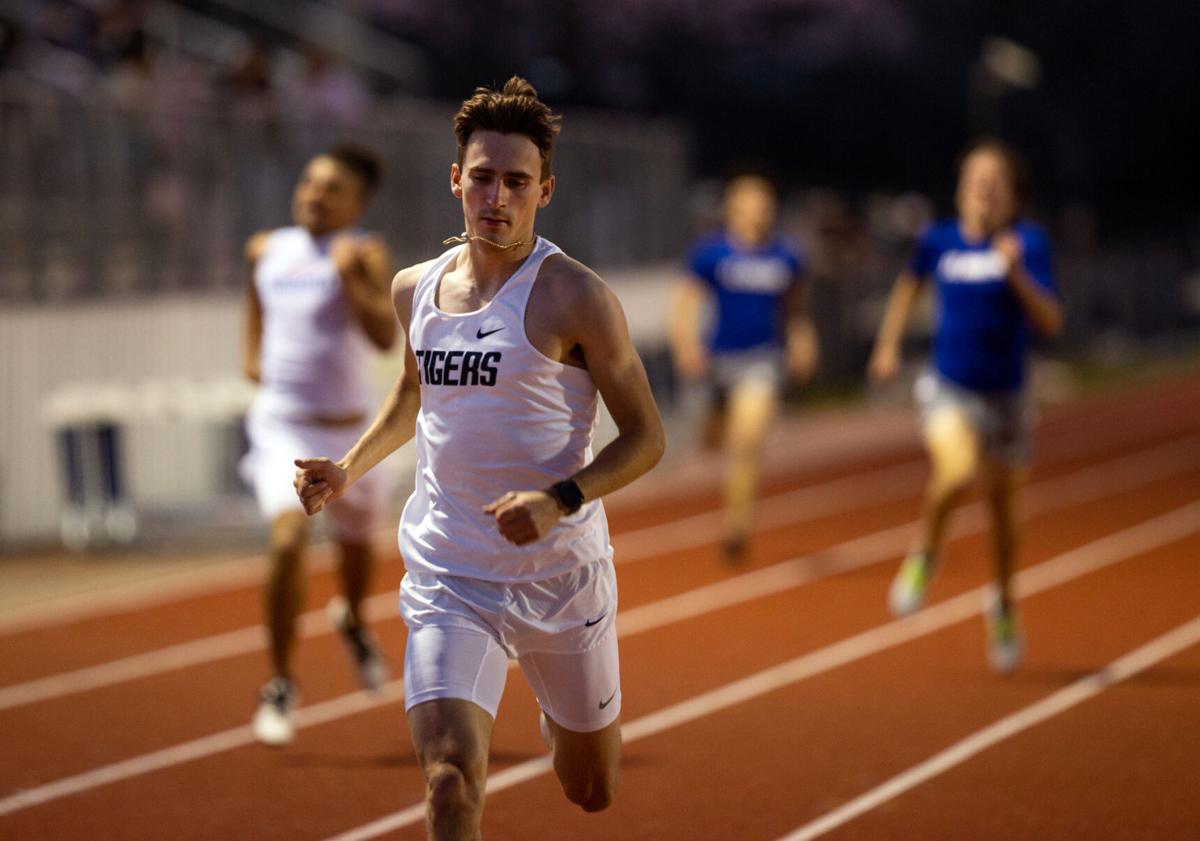 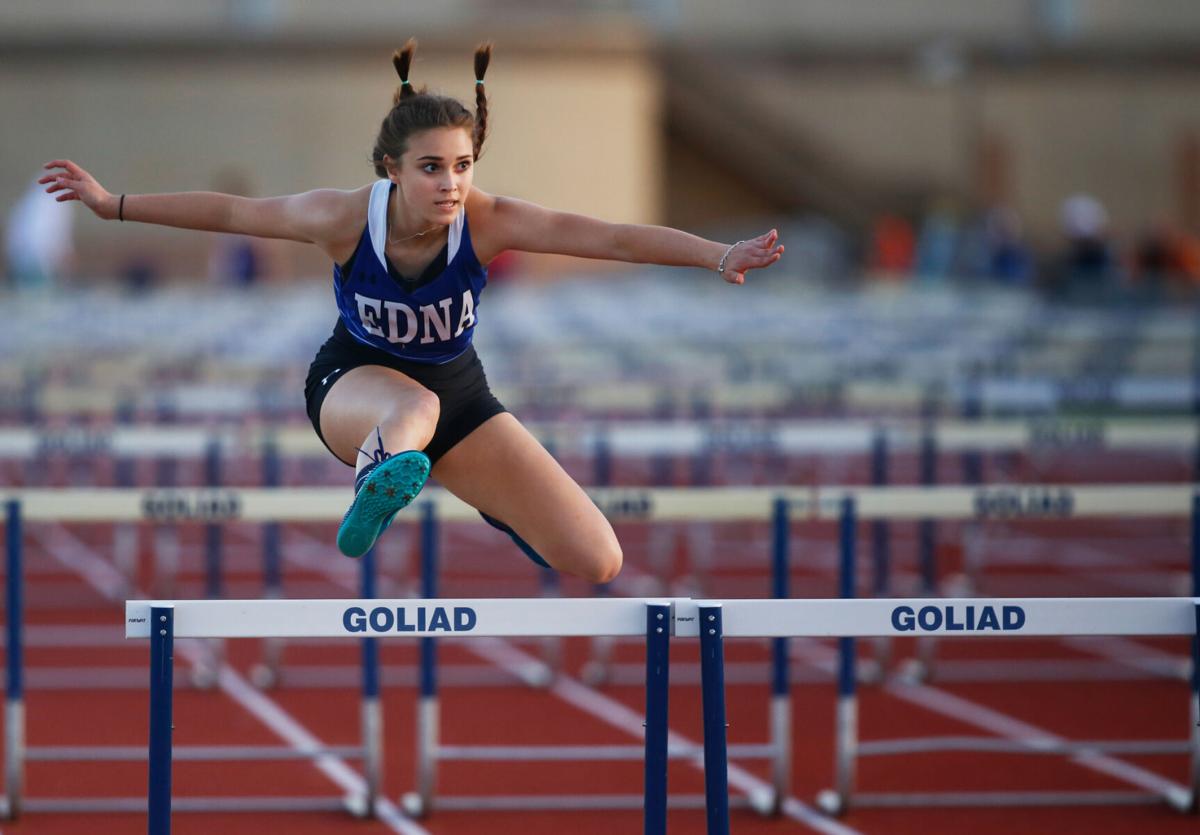 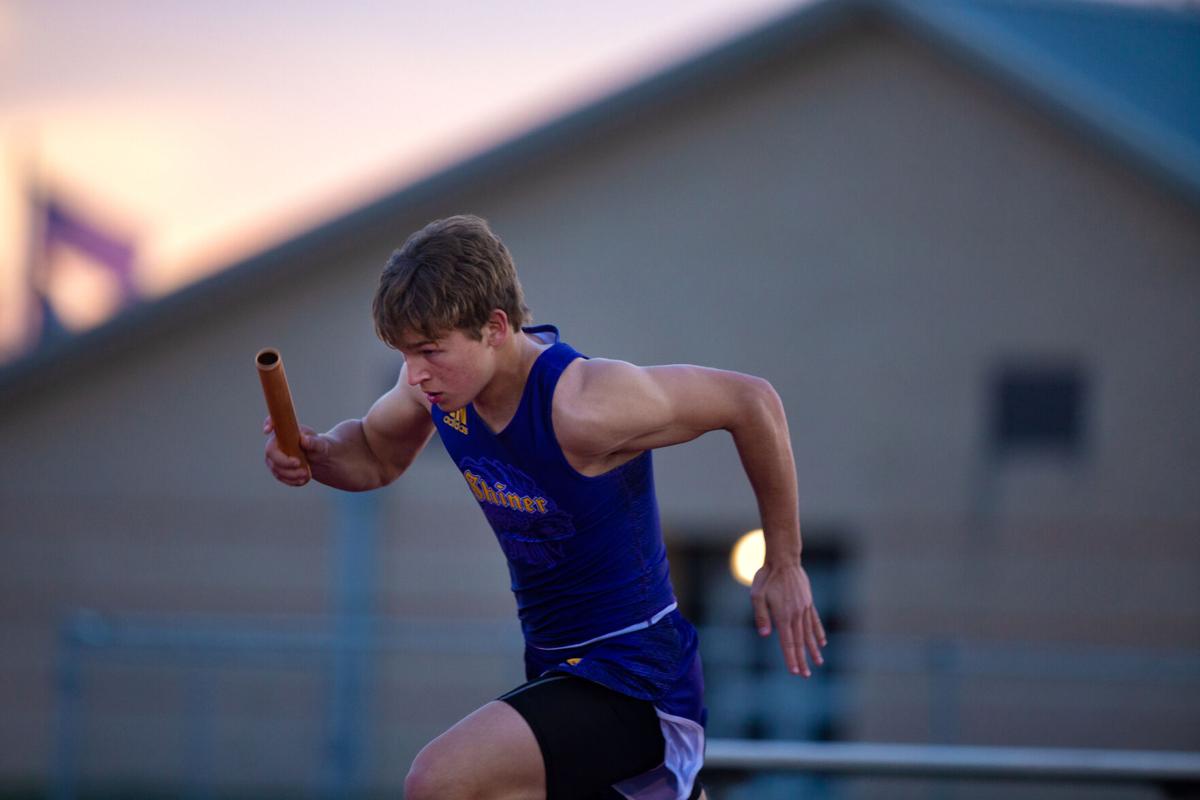 Shiner’s Zane Rhodes, right, passes the baton off to Trevor Haynes in the 800-meter-relay during Thursday’s Shirly Frnka Relays at Goliad High School.

GOLIAD — Shiner has already won a state championship in football.

But the Comanches have their sights set on another state title.

“Our kids are hungry,” said Shiner coach Randy Palmer. “They’re competitive and talented. We definitely have the talent to do it. They see that and they see the goal that’s in front of them. We may not win individual track meets, but the further we go we’re going to be able to win some of those bigger track meets.”

Shiner finished third (111) in a close race with Refugio (115) and Cuero (114.5) in the battle for the team title at the Shirley Frnka Relays on Thursday at Tiger Field.

But the Comanches are building toward the state meet at Mike A. Myers Stadium in Austin in May.

Shiner’s Dalton Brooks ⁦@king_brooks25⁩ hopes the Comanches add a state title in track to the one they won in football. pic.twitter.com/98VhIkTa6c

Shiner was a favorite to win the team championship last year before the season was canceled by the COVID-19 pandemic.

“It was disappointing but everybody overcame it,” said junior Doug Brooks. “It’s a new year and we’re ready to do our thing.”

Dalton Brooks won the long jump, triple jump and ran the anchor leg on the winning 400- and 800-meter relay teams.

“Every track meet you just build it up, build it up and keep getting better,” he said. “You just give it everything you’ve got.”

Shiner’s Doug Brooks ⁦@Doug1as_Brooks⁩ wins the discus and finishes second in the shot put at the Shirley Frnka Relays in Goliad. pic.twitter.com/wHjyvUkVVF

Doug Brooks won the discus and finished second in the shot put.

“I love being able to come out here and compete in the spring season,” he said. “I feel great. We work with each other all fall and now in the springtime, it’s the same thing.”

Trevor Haynes won the 100 and Zane Rhodes the 200 for Shiner.

Shiner’s Trevor Haynes wins his heat in the 100-meter dash at the Shirley Frnka Relays in Goliad. pic.twitter.com/0JjahmnBrk

Goliad’s Cutler Zamzow has already signed to run at Texas A&M next season.

But Zamzow hopes to claim his first gold medal in the 400-meter dash before leaving for College Station.

Zamzow took a step in the right direction by winning the 400 in a time of 48.75, the second-fastest in the state heading into this week.

“When it froze, we took basically a week off and that kind of hurt a little bit,” he said. “But I’ve been hitting the weight room a lot harder than previous years and that’s why my times have improved so much.”

Zamzow knows its early, but believes he’s heading in the right direction.

“Hopefully, by state we’re running in the 47s,” he said. “It’s a good leap but hopefully, we’ll get there.”

For full results from the Shirley Frnka Relays go to VictoriaAdvocate.com/eedition.