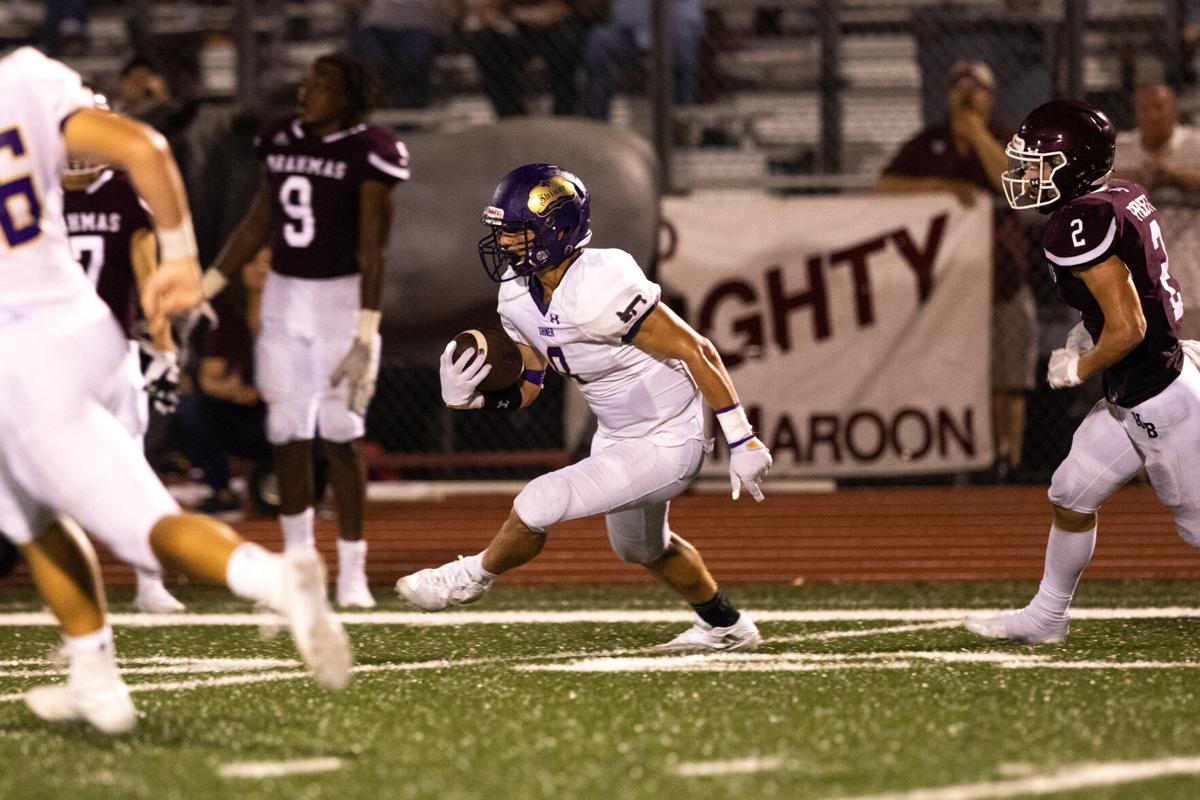 Shiner’s Eli Fric carries the ball after making an interception during a game against Hallettsville at Brahma Memorial Stadium on Aug. 27. 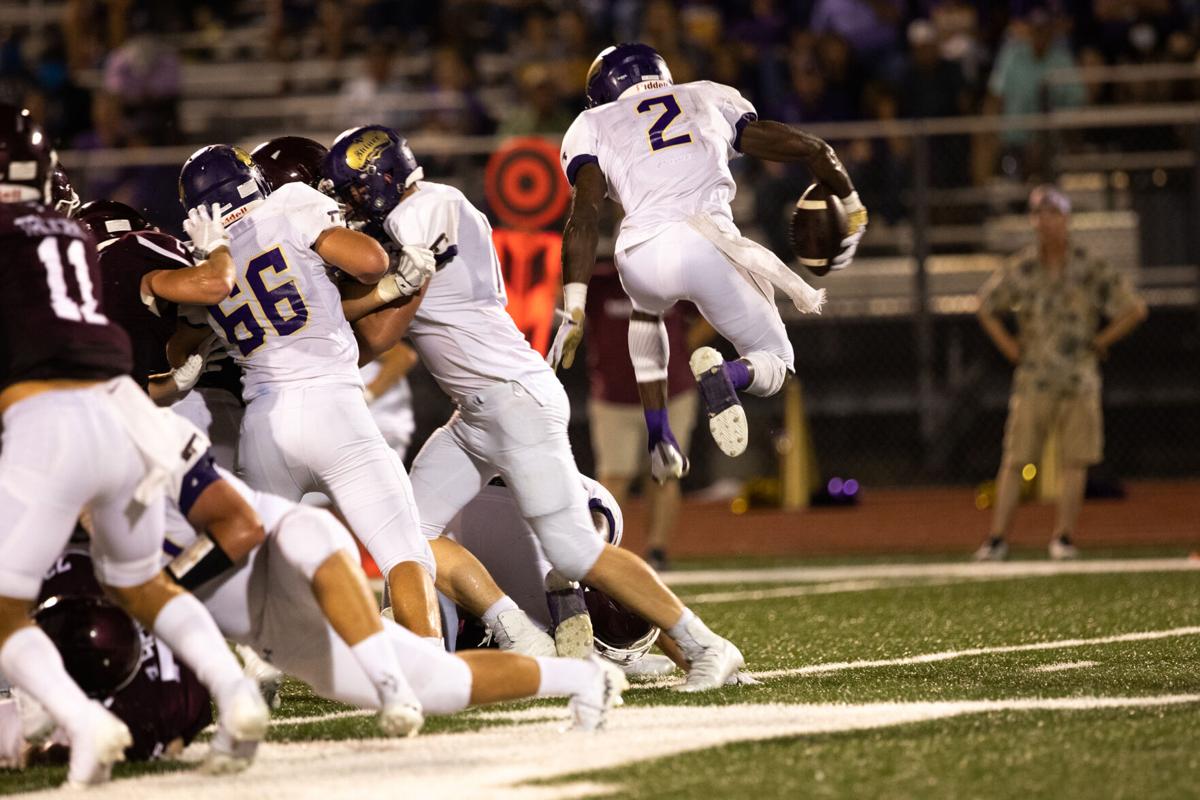 Shiner’s Dalton Brooks jumps over Hallettsville defenders during a game at Brahma Memorial Stadium on Aug. 27.

Shiner’s Eli Fric carries the ball after making an interception during a game against Hallettsville at Brahma Memorial Stadium on Aug. 27.

Shiner’s Dalton Brooks jumps over Hallettsville defenders during a game at Brahma Memorial Stadium on Aug. 27.

SHINER — Shiner has never shied away from tough competition and this season is no different.

“It’s going to give us a test,” said junior Dalton Brooks. “It’s good for a young team to be tested. It shows us where we’re at and what we can do.”

Shiner, ranked No. 2 in the Class 2A, Division I poll, has passed every test thus far, defeating Hallettsville, Blanco and San Antonio Davenport.

Shiner’s Dalton Brooks ⁦@king_brooks25⁩ and the Comanches have started the season 3-0. pic.twitter.com/8q2PAWsK9u

“Since the beginning of the season, we’ve improved a lot,” said senior Eli Fric. “Our O-line got better, every part of our offense got better. Our defense got better too, so we’re making better plays.”

Shiner expected to encounter some rough patches early in the season after losing 22 seniors from last year’s state championship team.

“I still think we’re developing,” said Shiner coach Daniel Boedeker. “We’re trying to find our identity. Every year it’s different. We want to be as physical as we can and play as fast as we can. With knowledge of assignments, we’re going to play faster and that’s going to help us down the road.”

The Comanches were challenged by a deeper San Antonio Davenport team before prevailing 28-14.

“We’re getting better at making adjustments,” Brooks said. “We’re getting way better in fact. Davenport came out in a formation we’d never seen, but we made the adjustment to it. Our team listens and learns very quickly.”

Boedeker is encouraged by the steps the team has taken from week to week.

“We’ve seen quite a bit of improvement,” he said. “Getting experience with these younger guys. They’re getting more comfortable with blocking schemes and whether a defense is throwing something different at us or not, these kids don’t panic. They know how to work together, they talk with each other and swe’re still making mistakes, which we kind of expected. But it’s definitely gotten better.”

Brooks expects the mistakes to happen less frequently as the season progresses.

“We need to have more confidence in ourselves,” he said. “People need to come out and know what they’ve got to do. Just getting there and playing fast.”

Shiner looks to take another step in the right direction against the Pirates.

“Learning is a major part of it, but also chemistry as a team,” Fric said. “We’ve all been building chemistry and it’s been working out great.”