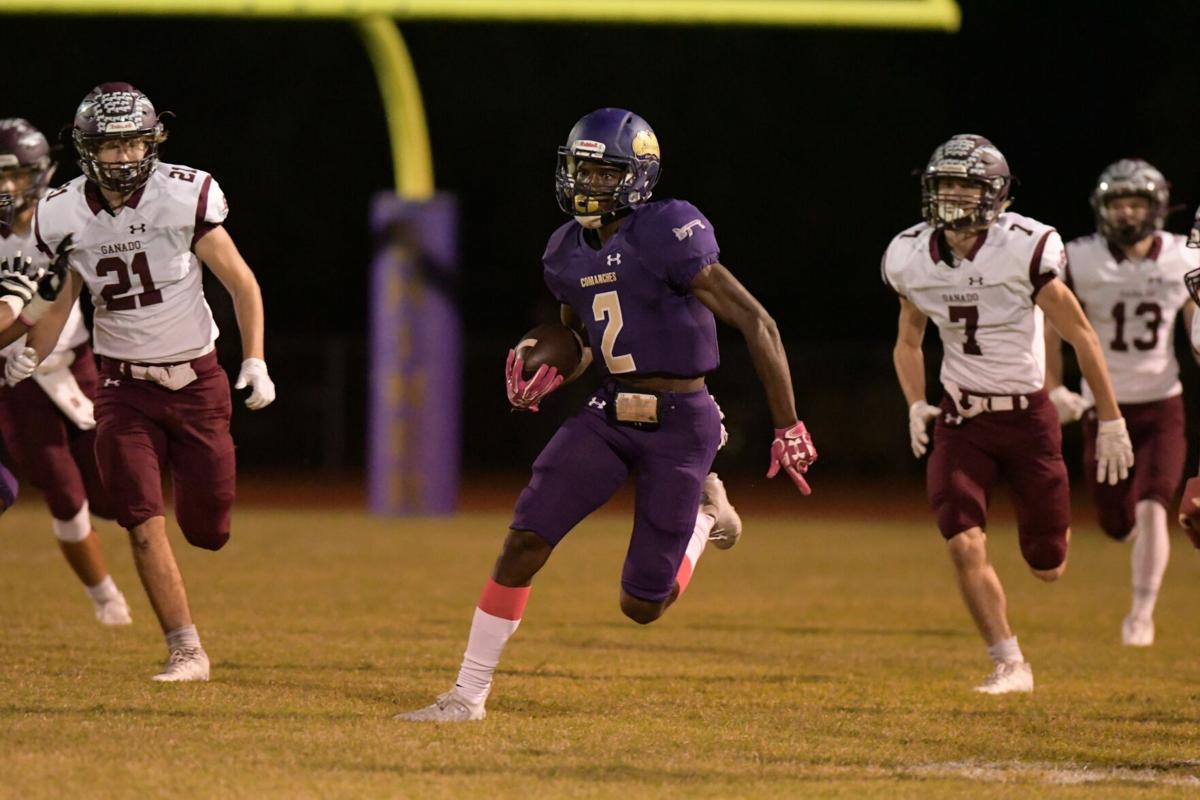 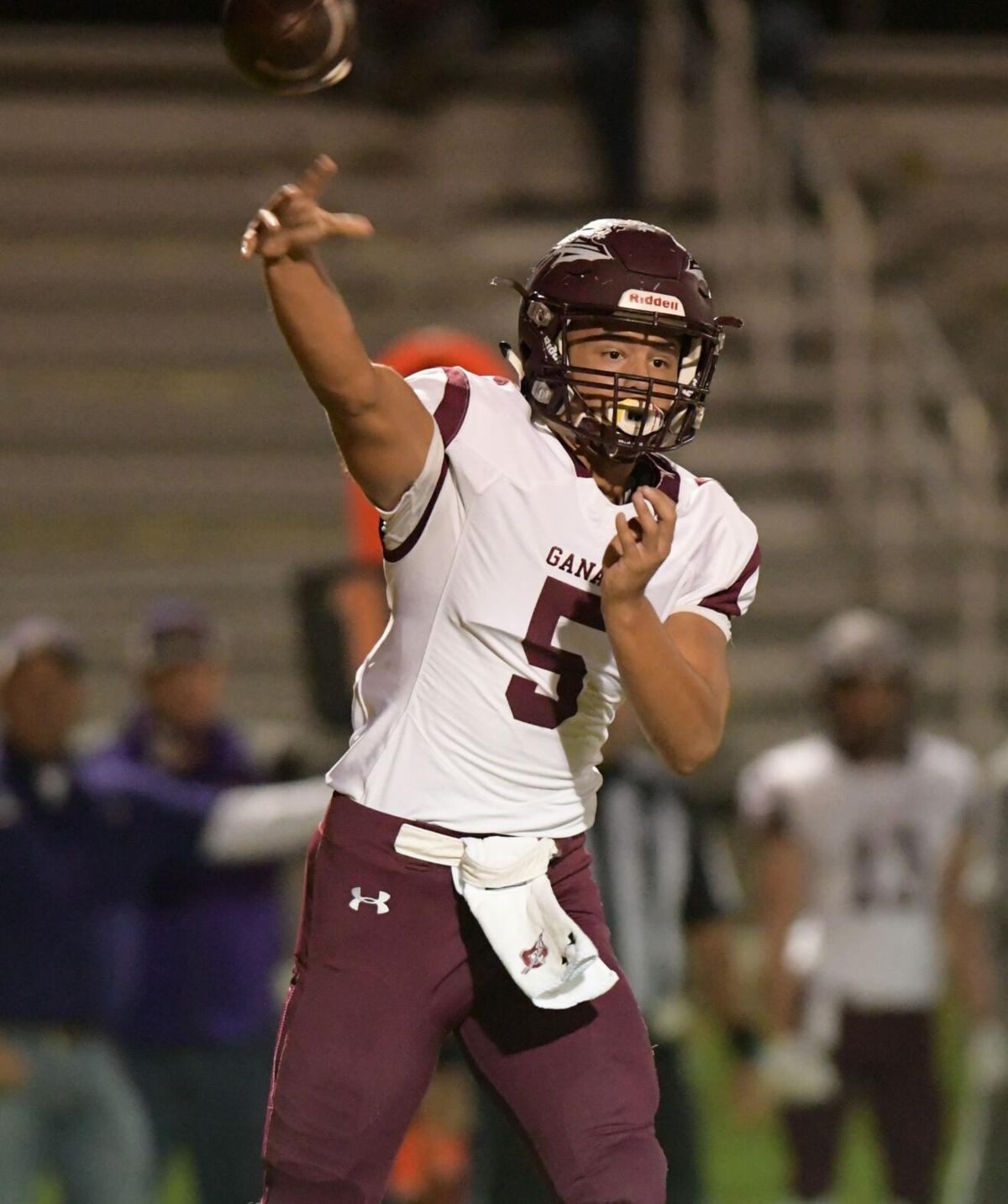 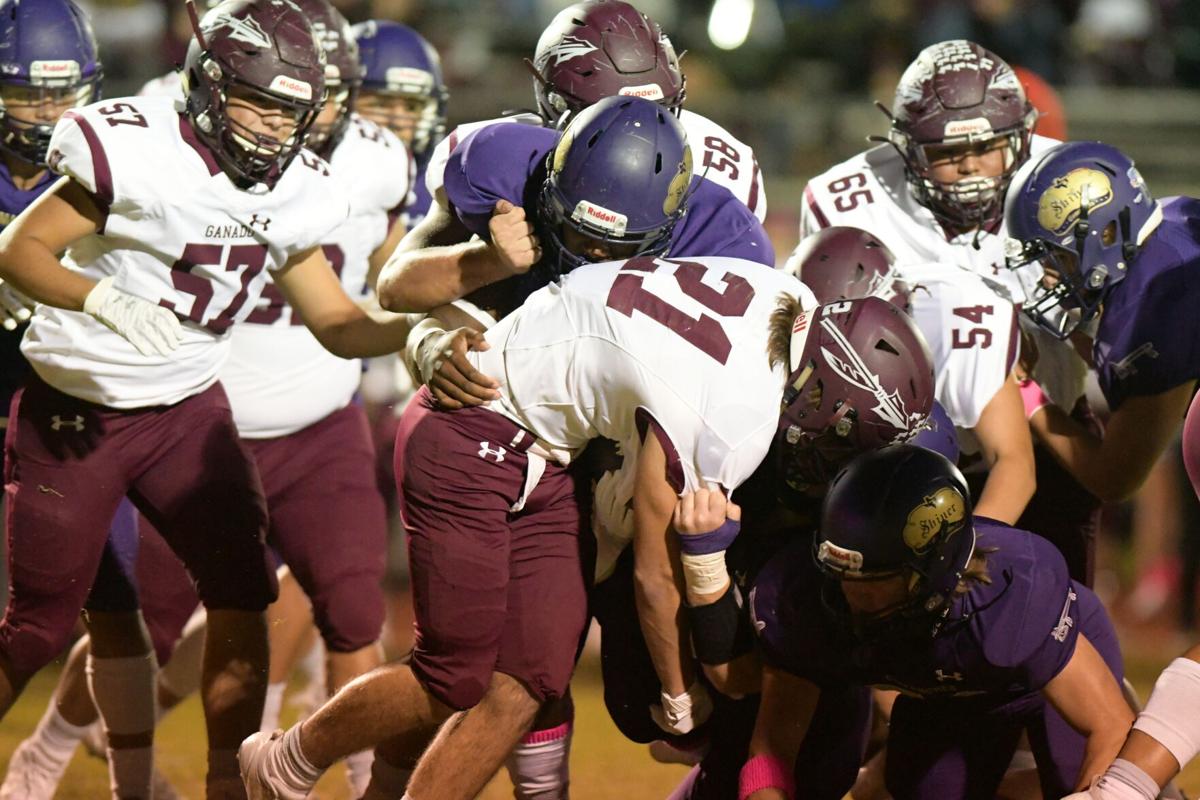 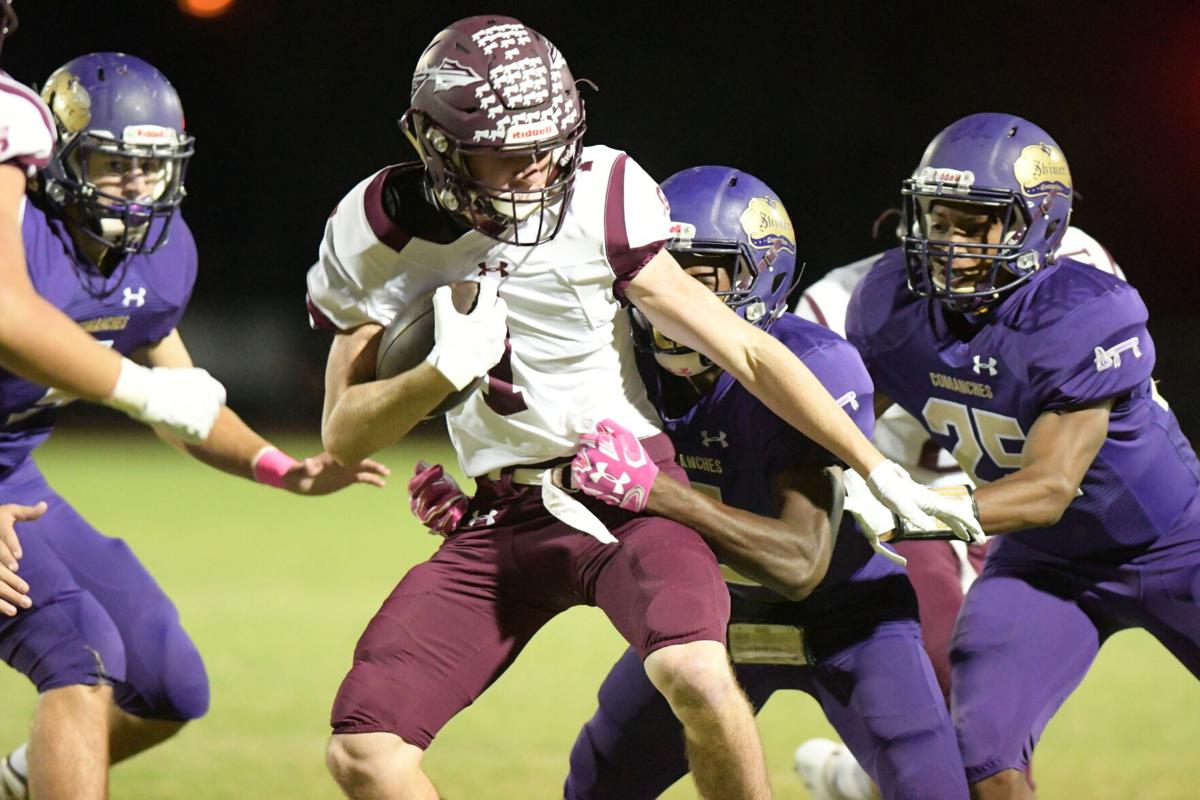 SHINER – Dalton Brooks received an offer from the University of Texas last week.

Brooks’ performance against Ganado showed why a number of other offers a likely to follow.

Brooks returned a kickoff for a touchdown, caught a touchdown pass, ran for a touchdown and had an interception to lead Shiner to a 57-0 District 13-2A, Division I win over Ganado on Friday night at Comanche Stadium.

“He definitely had a big night,” said Shiner coach Daniel Boedeker. “We’re very proud of him. His explosiveness came out tonight. He played with a lot of energy and definitely made some big plays for us.”

The No. 1 Comanches (7-0, 3-0) rolled up 555 yards of offense while taking sole possession of the district lead and wrapping up the top seed in the playoffs.

“That’s a special team right there,” said Ganado coach Brent Bennett, whose team fell to 3-4 and 2-1 in district. “My hat’s off to them because they’ve got it rocking and rolling.”

Brooks set the tone with his kickoff return to start the game, cutting to his left and out-running the defense.

“We game planned for that,” he said. “They had four on one side and that was the vulnerable side so that’s where I took it.”

“I had a few mistakes the first times I got the ball,” Doug Brooks said. “In my head I was like, ‘no more mistakes.’”

Rhodes had 11 carries for 131 yards, and Trevor Haynes added a 22-yard touchdown run.

“I’m proud of our team,” Doug Brooks said. “They were ranked before and we didn’t look at it any different as they are now. We played a great game.”

The Comanches were also dominant on defense. Ganado penetrated Shiner territory only twice and had 120 yards of offense.

“Coach came out and said, ‘Their O-line is where it’s at. If the D-line can contain the O-line, we’ll have a great game on defense,’” Doug Brooks said. “We did great things on defense, and the D-line played great.”

“Our defensive line has gotten really good throughout the course of the season,” Boedeker added. “We knew we had the potential to be good there. We had some guys coming back, and they’re definitely playing really well right now.”

The Indians did not have a rushing first down until 3:35 remained in the fourth quarter, and had a minus-26 yards rushing until their last possession.

“They’ve got some dudes up front. They really do,” Bennett said. “We were really concerned about their defensive line. Every film we had they controlled the line of scrimmage. It’s not hard to see. Their pressure game just annihilated us up front.”

The Comanches are happy with their progress, but determined to continue improving.

“It can be hard to keep focus sometimes,” Dalton Brooks admitted. “You start to enjoy it too much and then you’ve got to come back to reality and anything can happen. We want to keep rolling, keep winning and doing what we’re doing.”