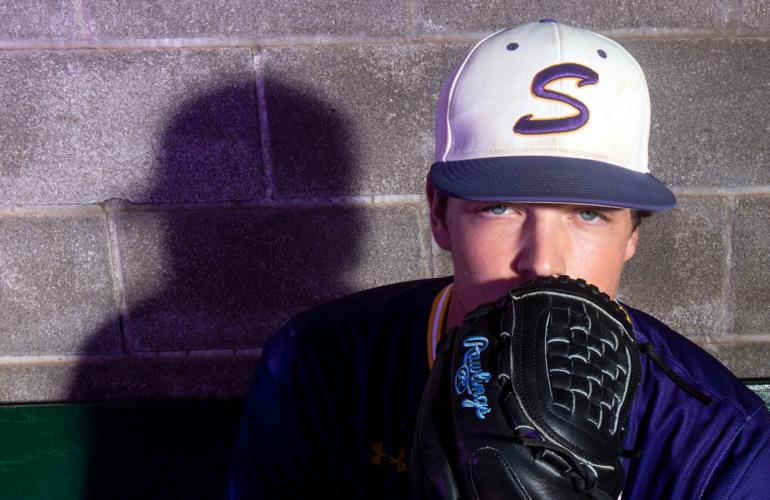 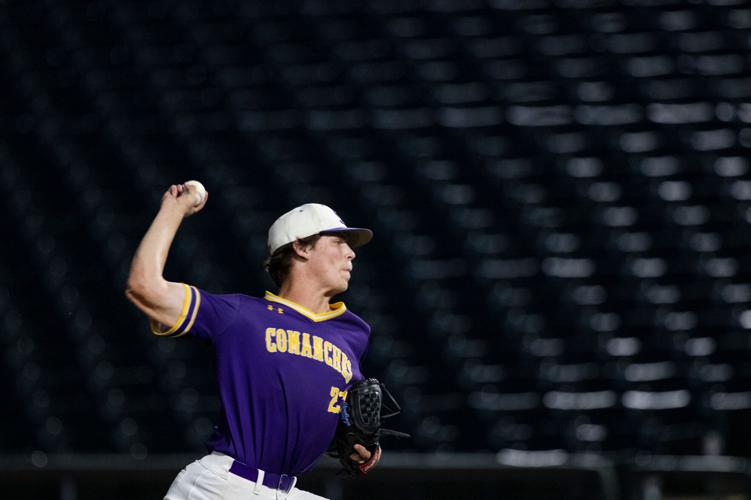 Shiner’s Ryan Peterson winds up a pitch during the 2A state semifinal game against Garrison on at Dell Diamond in Round Rock on June 9. 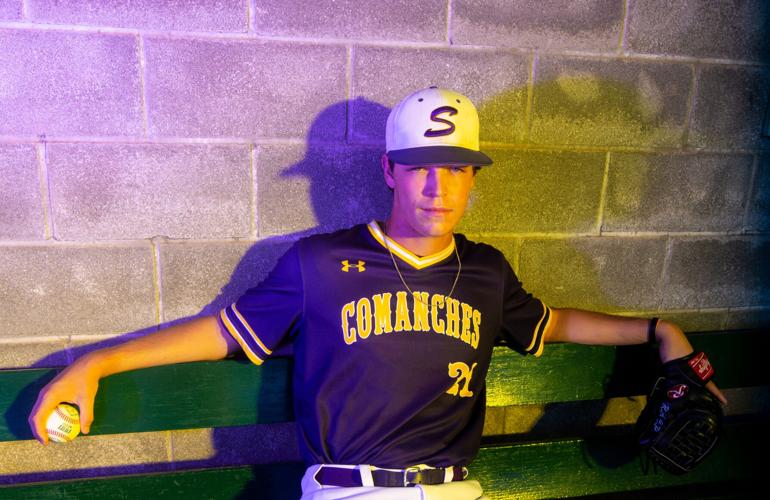 Shiner’s Ryan Peterson winds up a pitch during the 2A state semifinal game against Garrison on at Dell Diamond in Round Rock on June 9.

Shiner coach Daniel Boedeker understands nothing is guaranteed in baseball.

But Boedeker knew when Ryan Peterson was on the mound, the Comanches had an opportunity to win the game.

“Anytime he was up there we knew that we would have a chance,” Boedeker said. “We knew he was going to do his part on the mound as far as throwing strikes. We would just have to make some plays behind him and score some runs to give him a little support. Being able to do that consistently week-in and week-out is definitely a tough task and he was able to do that all year.”

Peterson led Shiner to a 34-1 record and to its second consecutive state tournament appearance and was named Player of the Year on the Blue Bell/Texas Sports Writers Association Class 2A all-state tournament released Tuesday.

“It’s a really big honor,” said Peterson, who has committed to Sam Houston State University. “Just being able to go out there and play baseball and have a great time is always fun.”

Peterson’s accomplishments were even more impressive considering he was coming back from an ulnar collateral ligament injury he suffered during the playoffs in his sophomore season.

“All the work he put in prior to the season really paid off for him,” Boedeker said. “We expected him to have a good year, but he definitely exceeded our expectations. He basically had a phenomenal year. Any time he took the mound, we were very confident with his presence and proud of his accomplishments.”

Peterson was disappointed Shiner was unable to win a state championship, but proud of the team’s accomplishments.

Peterson was joined on the first team by teammates Drew Wenske and Bryce Nerada.

Wenske, a junior, was selected at shortstop after hitting .448 with three home runs and 48 RBIs. He also scored 49 runs and had 37 stolen bases.

Refugio senior Jordan Kelley was a first-team pick at second base. Kelley hit .514 with five triples and 23 RBIs. He scored 27 runs and had 18 stolen bases.

Falls City junior Ayden Gates was a second-team selection as a reliever, and Kenedy freshman Daniel Pena was chosen at first base.

Doug Shanafelt, who led Valley Mills to the state championship, was named Coach of the Year.