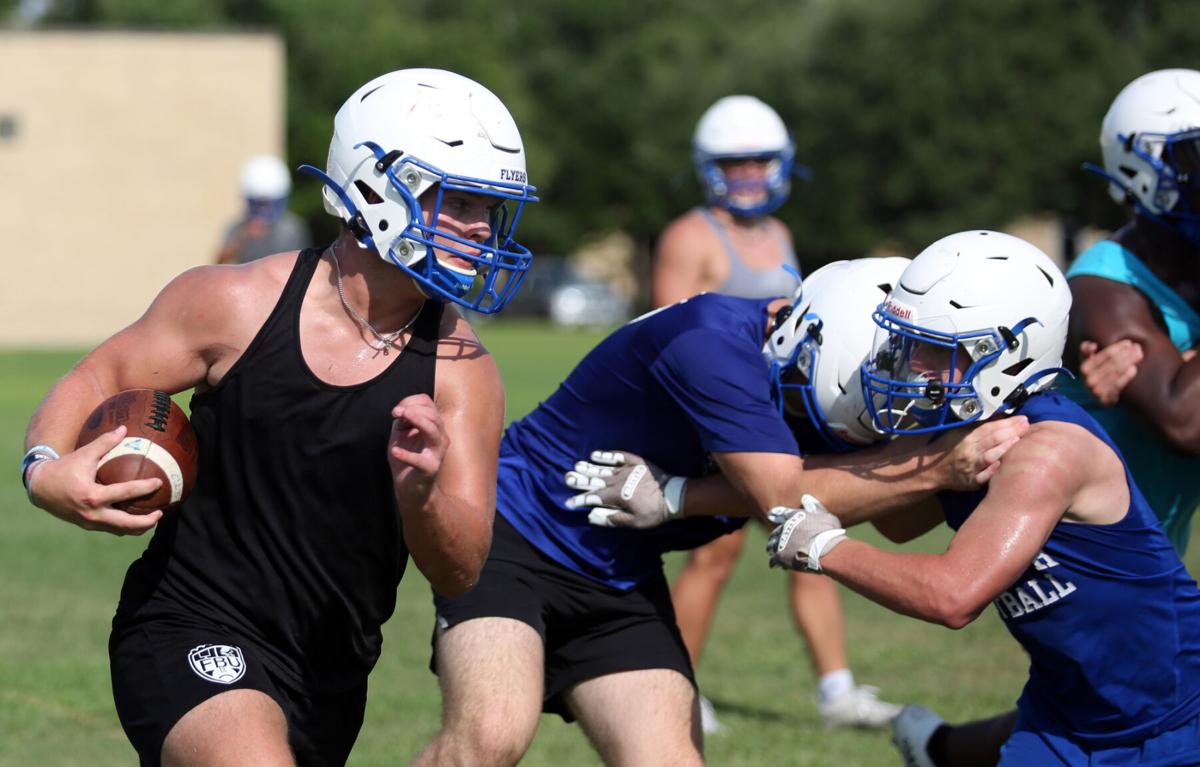 St. Joseph’s Jace Saddler runs a route with the ball during practice at St. Joseph. 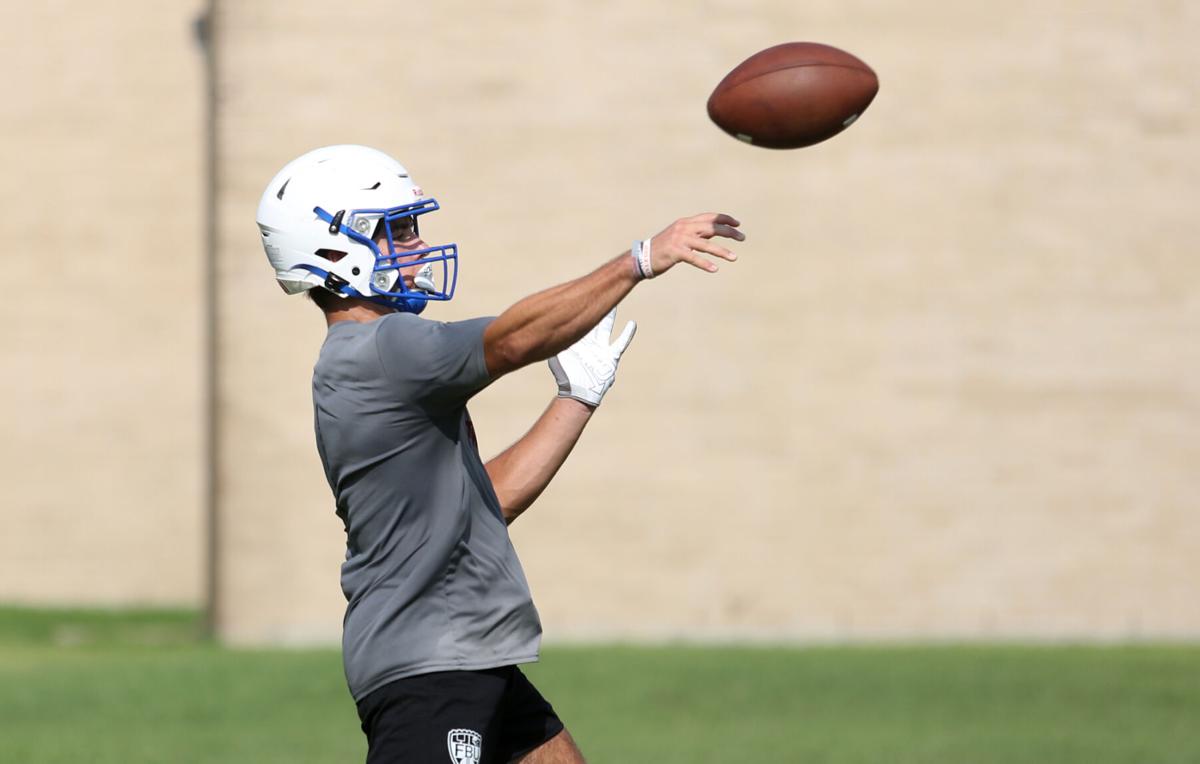 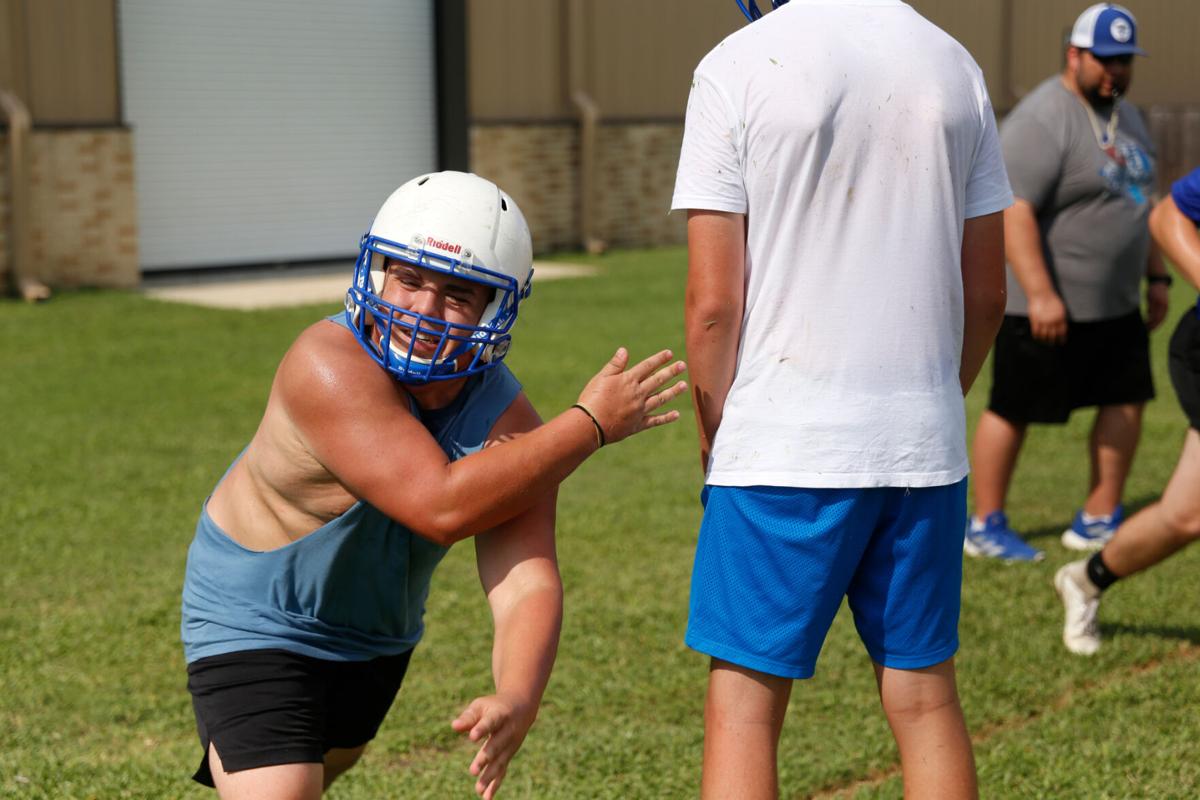 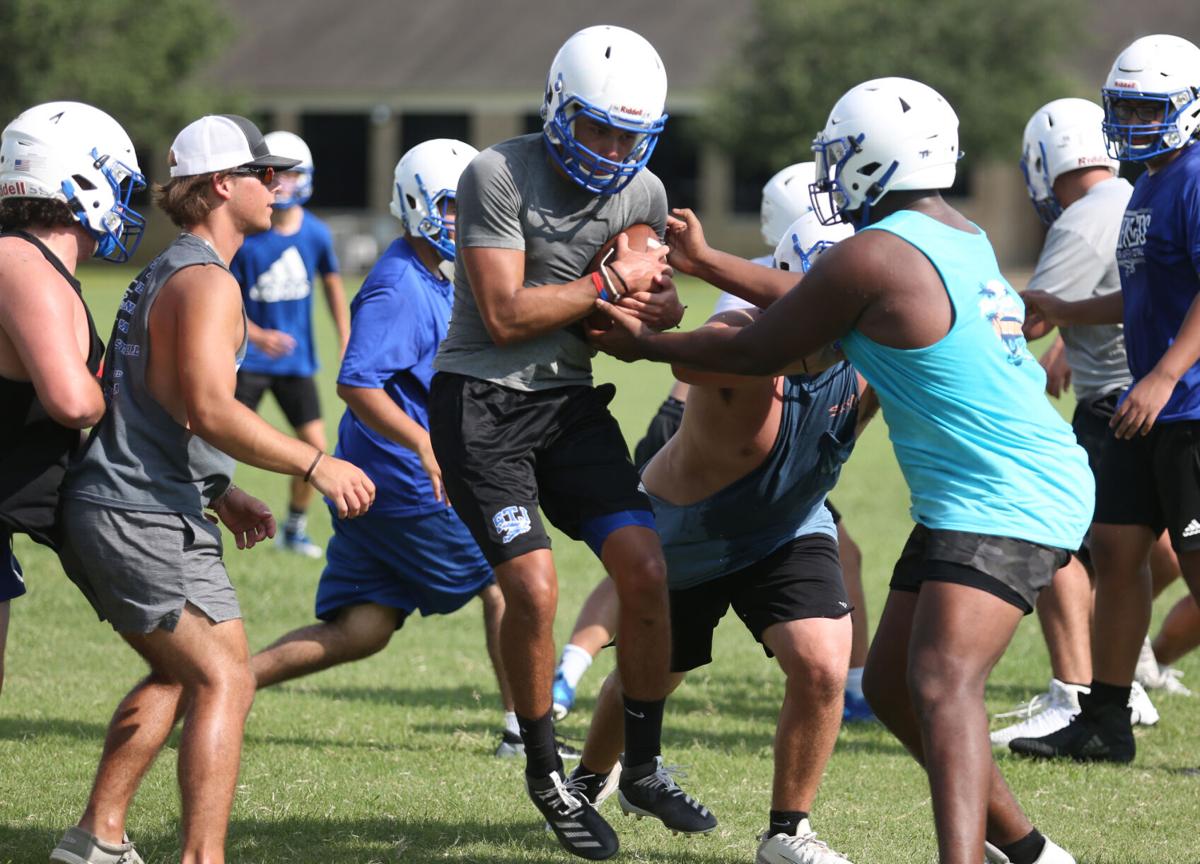 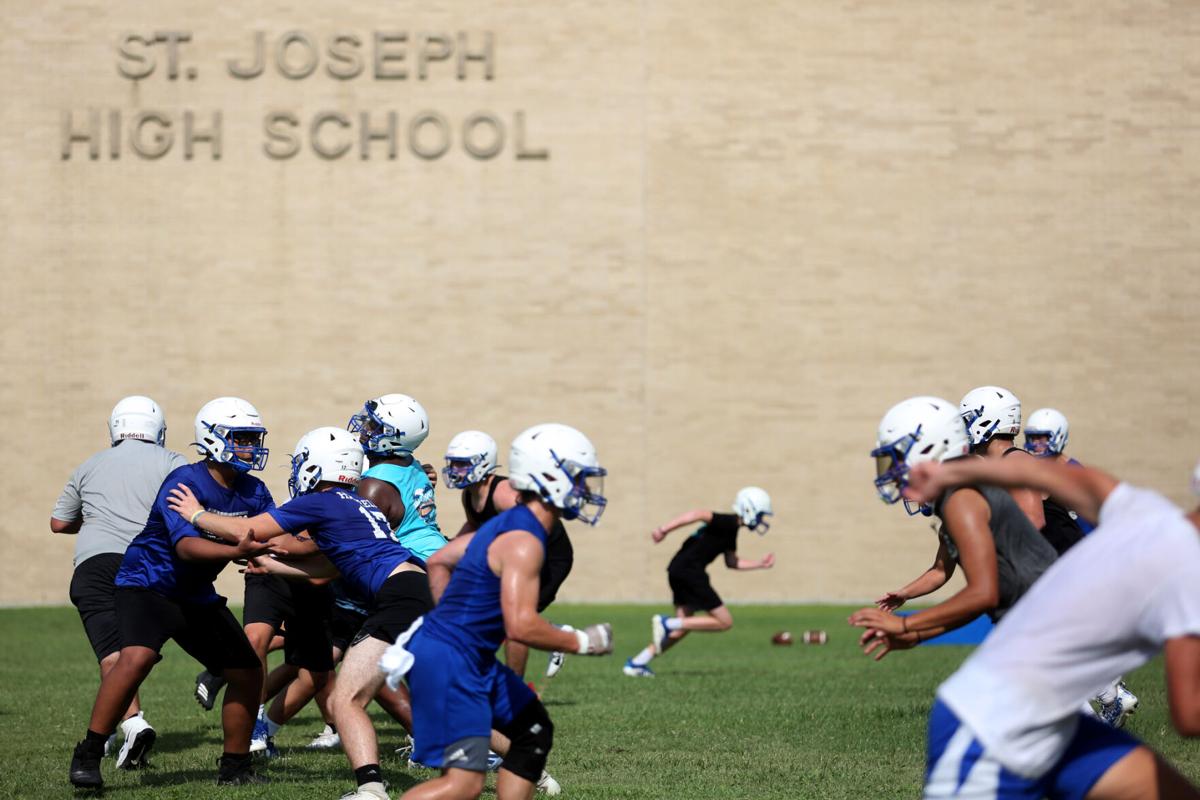 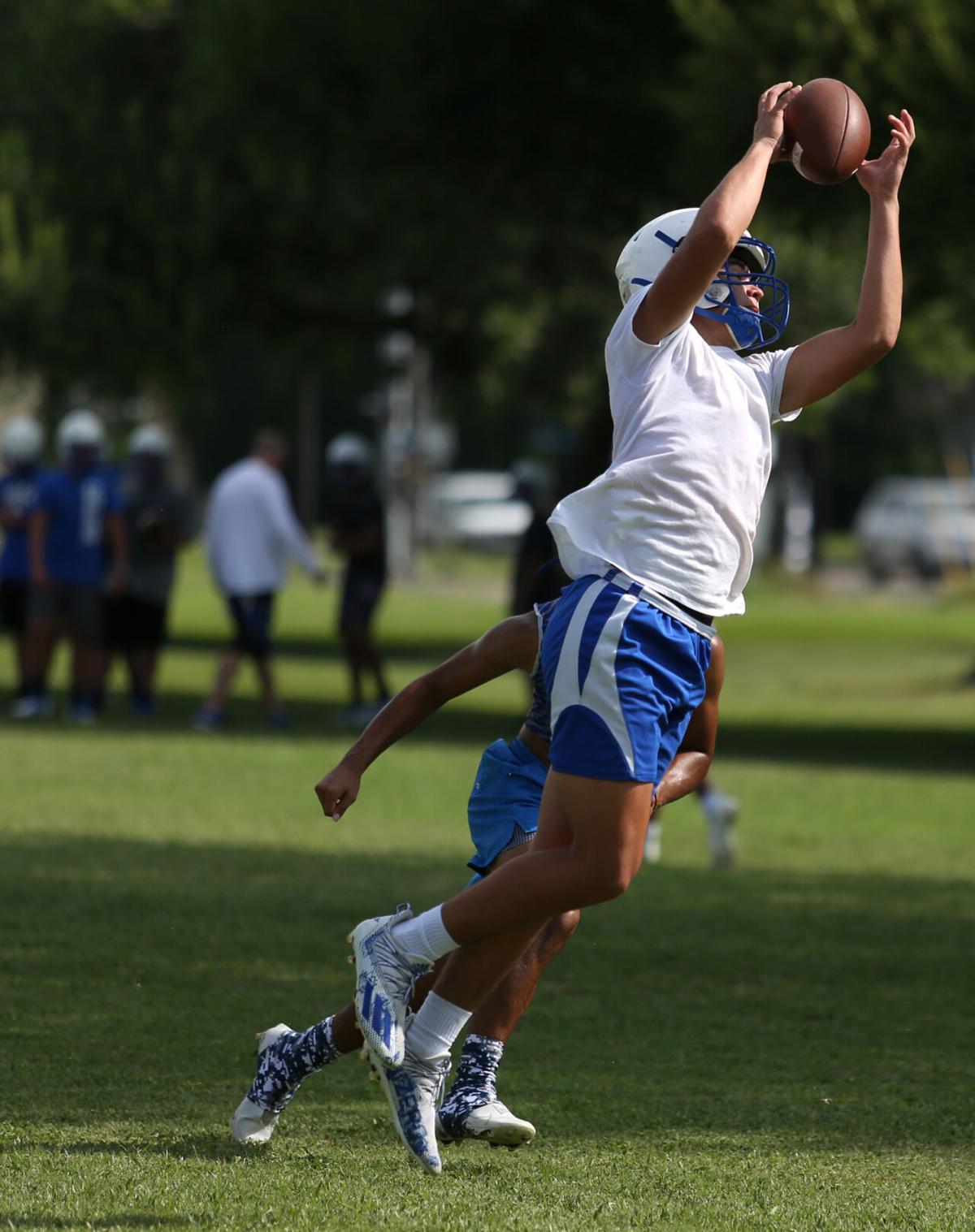 St. Joseph’s Jace Saddler runs a route with the ball during practice at St. Joseph.

This year, behind a large freshman class, the Flyers had 55 players report to the first practice of the season.

“We had 32 kids last year,” Duprie said. “We have a freshman group of 25 kids and our projection is the next two freshmen classes should be large.”

The Flyers are coming off of a 3-4 season, finishing 1-3 in TAPPS Division II, District 4 play.

St. Joseph beat Austin Brentwood Christian 27-21 in bi-district but lost 42-0 to Houston Second Baptist in the area round.

“We are pretty thin,” Duprie said. “We have about 20 kids we are counting on for varsity and the others are either junior varsity or somewhere in between. If we stay healthy and eligible, I think we have a decent shot at the playoffs this year. The expectation going into each season is to make the playoffs.”

Jackson Stefka and Carter Nelson have both seen snaps at quarterback this preseason. The Flyers will lean on Jace Sadler in the backfield. Four returning offensive and defensive lineman will help secure the trenches.

The Flyers hope to build on last year’s experience and the addition defensive coordinator Wayne Condra to take a step forward.

St. Joseph has a bye in week one, opening the season at Karnes City on Sept. 3.

The Flyers hope the bye week will give the team additional time to polish its’ offensive and defensive game plans.