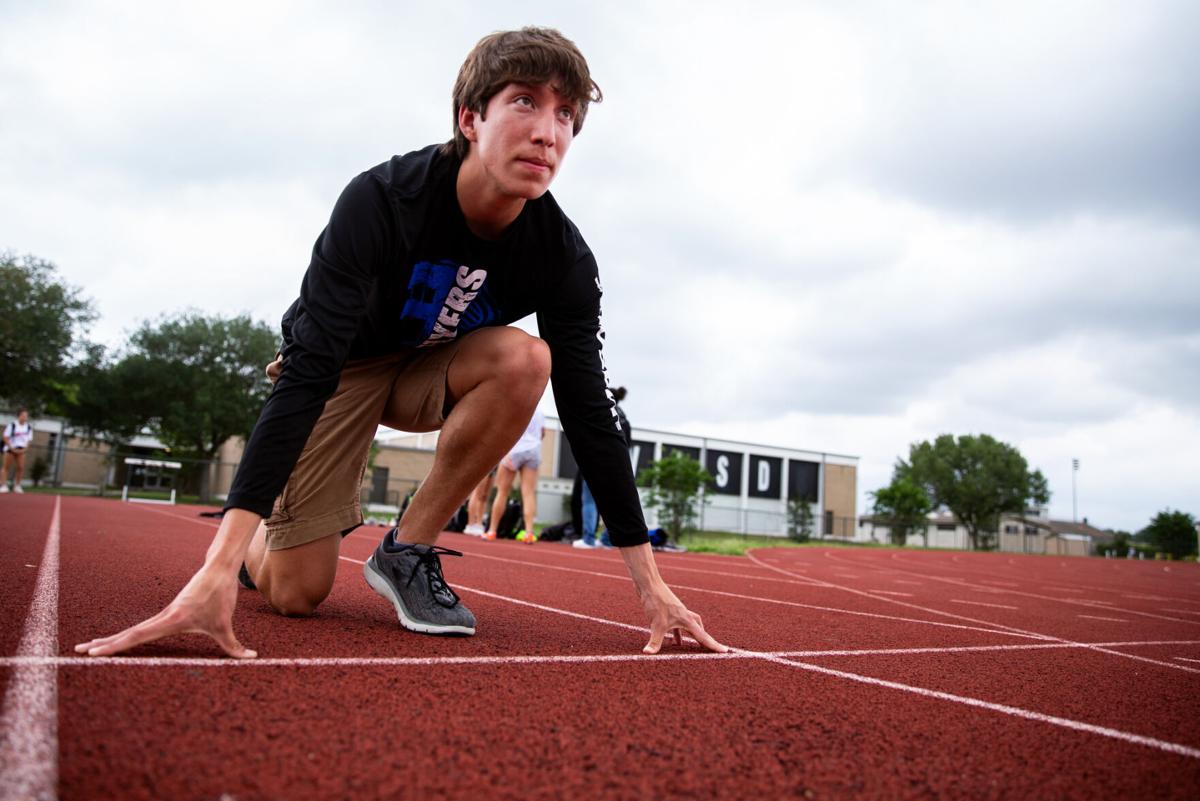 St. Joseph’s Nick Rodriguez poses for a portrait on Tuesday at Liberty Track. The St. Joseph junior said he began distance running in the sixth grade. 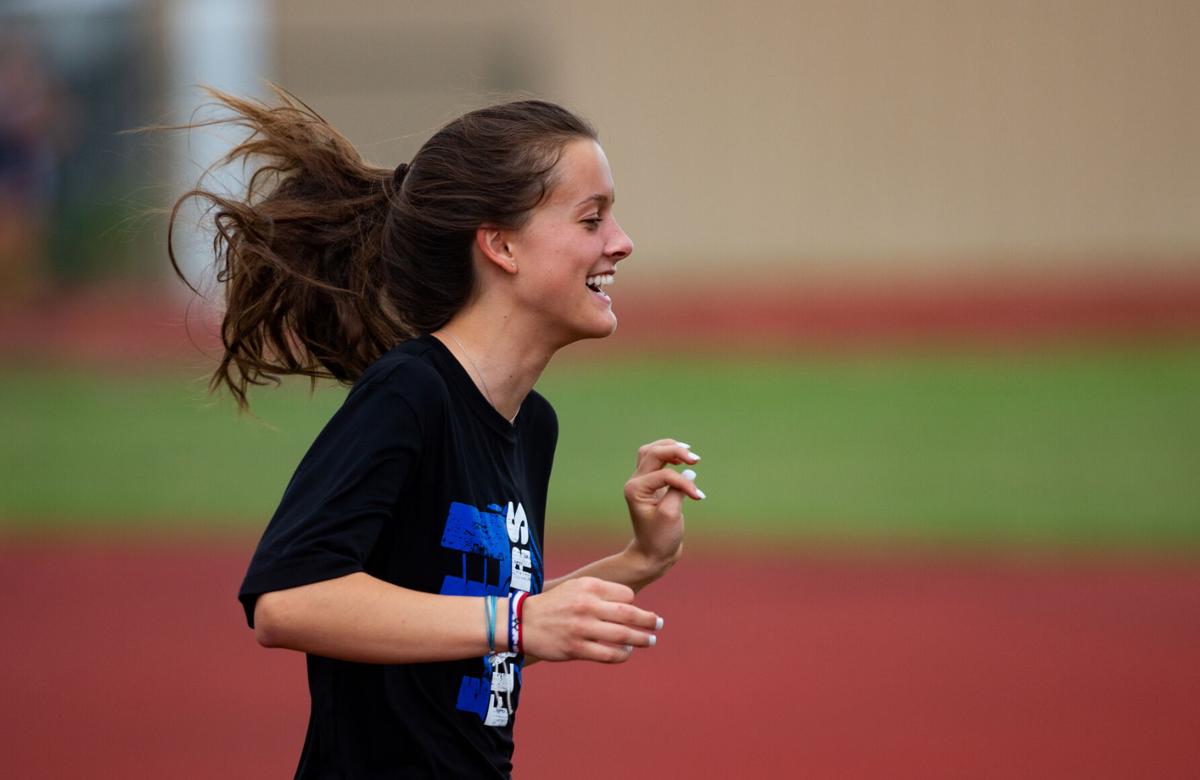 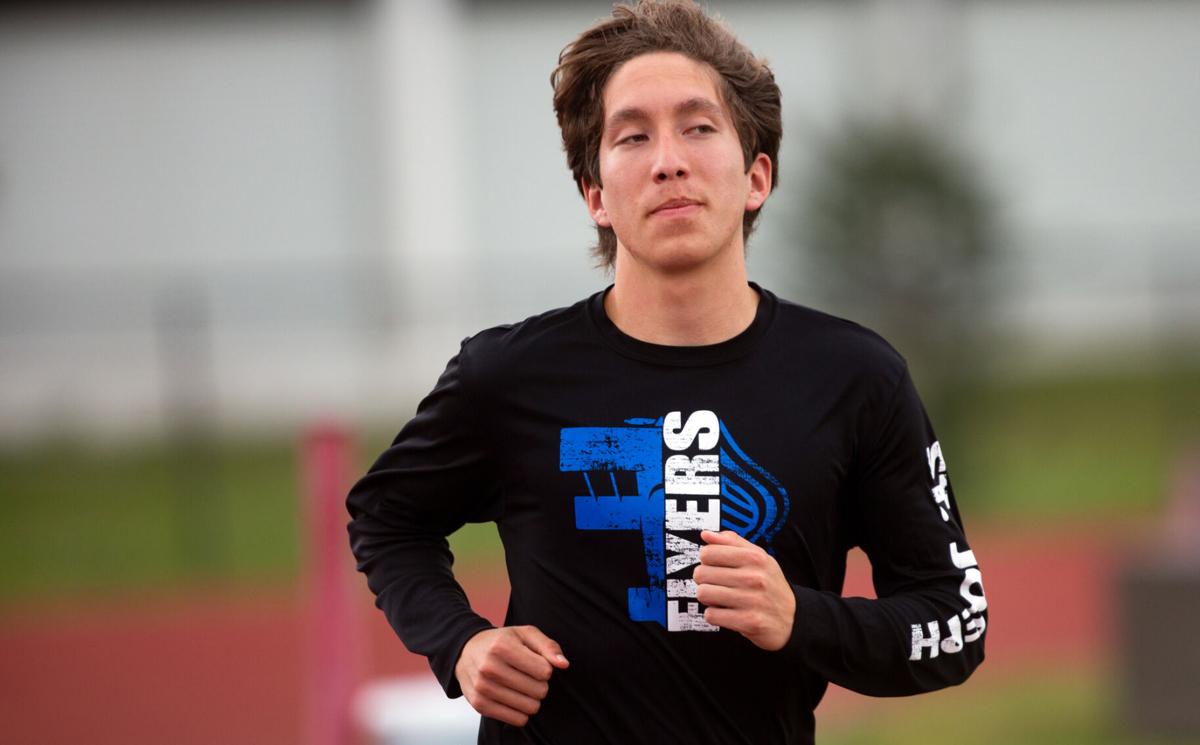 St. Joseph’s Nick Rodriguez poses for a portrait on Tuesday at Liberty Track. The St. Joseph junior said he began distance running in the sixth grade.

Nick Rodriguez has been running long distance since he was in sixth grade.

Now juniors at St. Joseph, both Rodriguez and Theriot are preparing for the TAPPS 5A State Meet.

“It’s really awesome,” Rodriguez said. “I love it in that I have an outlet to give God the glory for all the hard work I do. All the success that I have in my races really makes me happy in that I can show that God has been on my side through everything I have been doing.”

Rodriguez started long distance running as a way to prepare for soccer but quickly found himself enjoying cross country as a sport.

He has become disciplined to continue to improve every year.

“I try and kind of look at it as a long term thing,” Rodriguez said. “What can I do to prepare for years to come? So I really try to shape my workouts year to year by how I can improve and how to prevent injuries.”

Rodriguez has been the top boys distance runner among all area athletes this season.

Rodriguez’s fastest 800 time came at the TAPPS 5A Regional Meet, qualifying him for Friday’s state meet with a second place finish.

“It meant a lot in that going to state I know there’s that extra adrenaline rush, so I can maybe get my time down,” Rodriguez said. “All the hard work that had gone over the whole season just culminated in qualifying for state.”

Theriot had played volleyball and basketball all through middle school but broke her wrist as a freshman, ending her volleyball season.

She decided to try cross country as a way to get in shape for basketball season, and ended up being one of the top runners on the team.

“I knew I could definitely be a top placer and possible get to state,” Theriot said. “I was focused on the runners in front of me and just keeping up with them and improving my time.”

Theriot’s time was a new personal record and improved by 35 seconds from her district performance.

“It was really kind of relieving cause I’ve never done that before and my coaches were depending on me to do it,” Theriot said.

Distance coach Steve Jones has watched the two runners grow over the past three years.

“First of all, no surprise,” Jones said. “They’ve been developing for a long time and it’s really neat to see them make it to the highest level.”

The TAPPS State Meet is on Friday and Saturday at Round Rock Christian Academy.

“Competition is going to be very very stiff,” Jones said. “We already know what the best times are for those that they’re going to be competing against. Both of them are going to be challenged.”