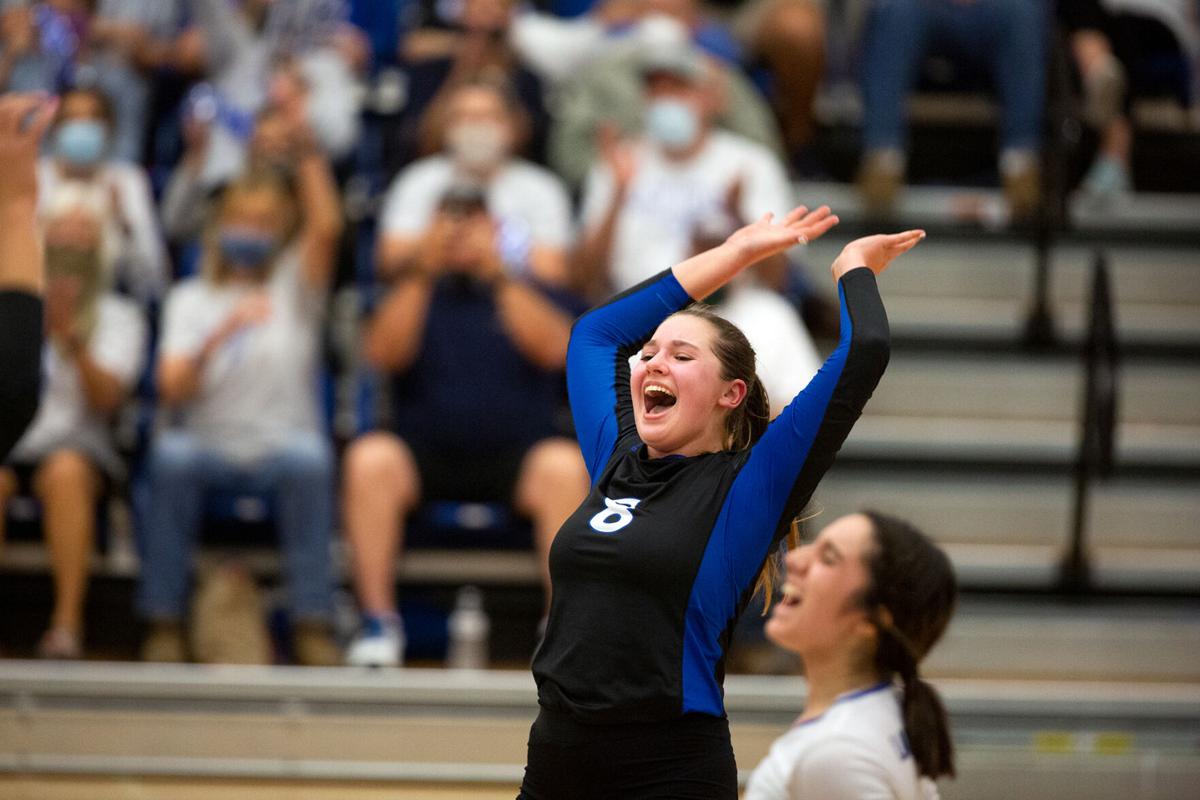 St. Joseph's Morgan Korinek throws up her arms in excitement after her team scored a point in the second set during Tuesday's game against Fort Bend Christian Academy at St. Joseph High School. 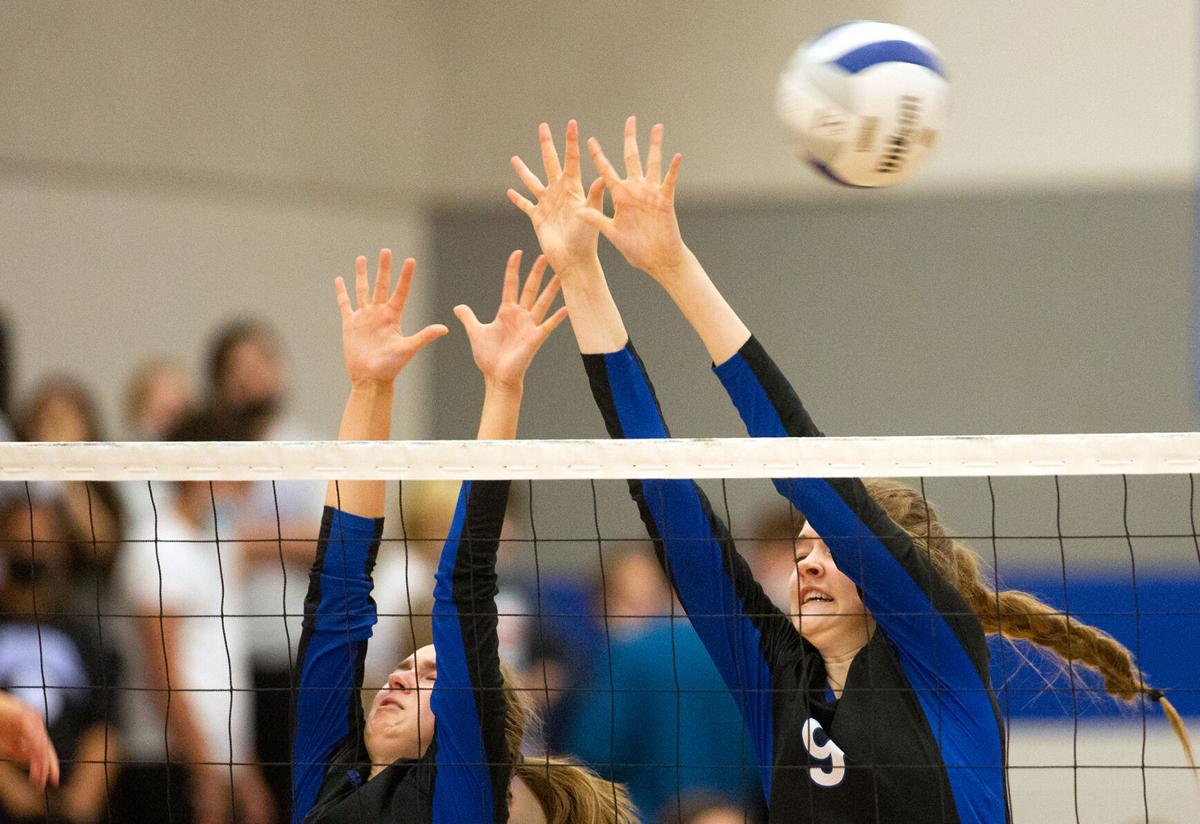 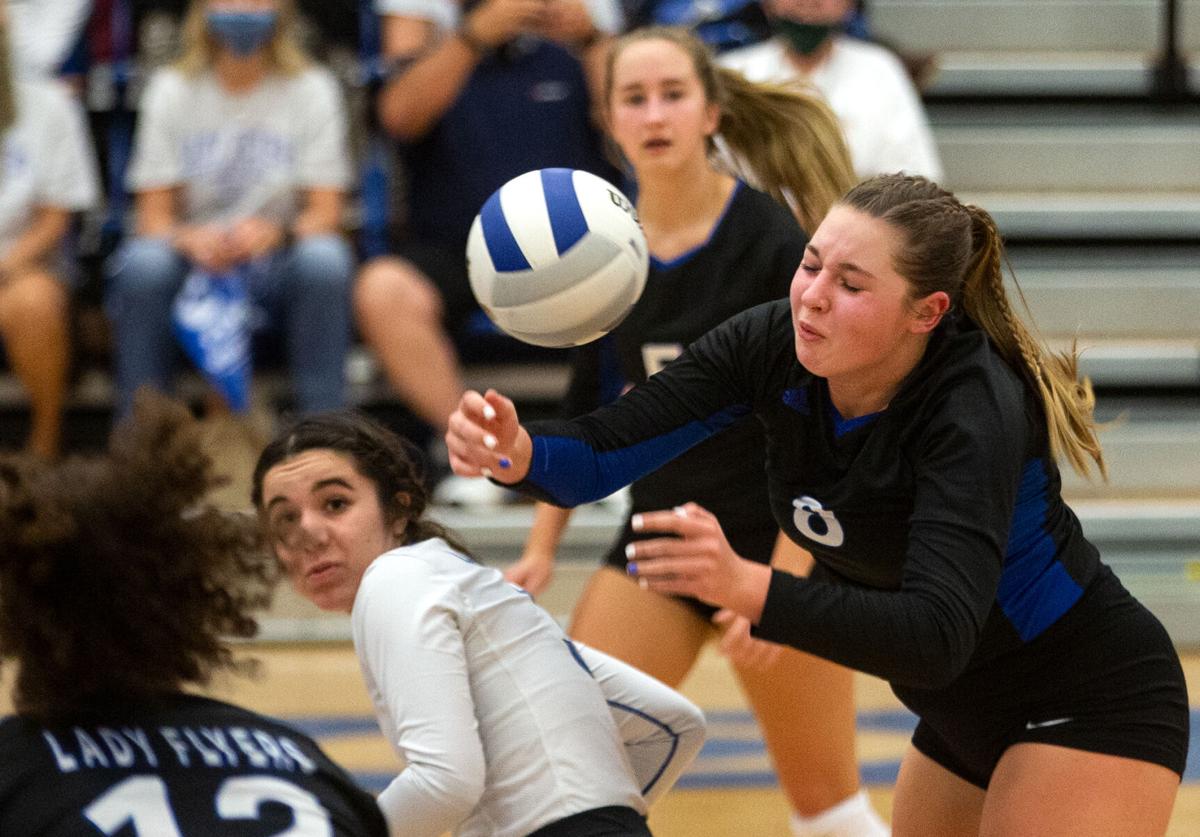 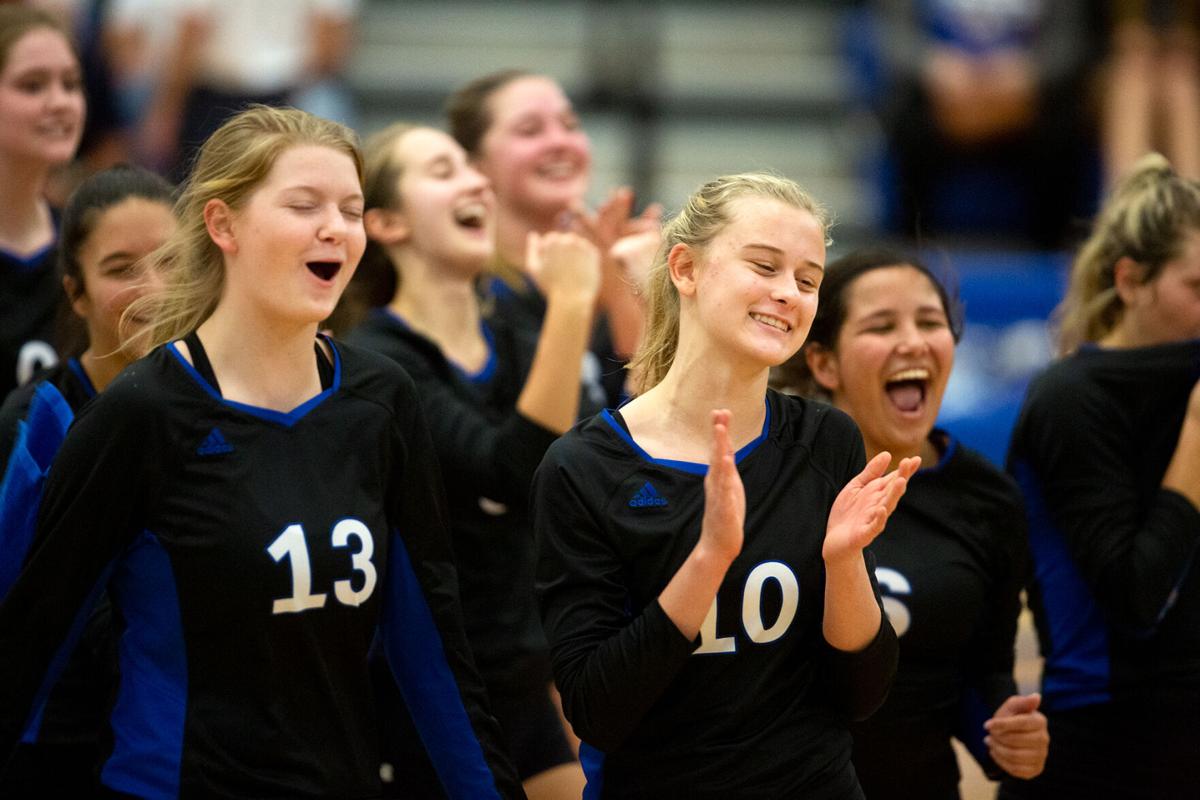 St. Joseph's Morgan Korinek throws up her arms in excitement after her team scored a point in the second set during Tuesday's game against Fort Bend Christian Academy at St. Joseph High School.

The team was depleted with eight seniors having graduated and the threat of COVID-19 put a season of any kind in serious doubt.

Fast forward to the present and the Flyers have advanced to the TAPPS 5A State Championship Game and will play the defending state champion Carrollton Prince of Peace Eagles on Saturday in New Braunfels.

“I knew I had a handful of very talented athletes, but we weren’t sure when we’d be able to start playing,” Swanlund said. “The seniors demonstrated early on that they had a desire to lead this team on a deep run and it’s been very fulfilling to see.”

The Lady Flyers clicked early on in a double header against San Antonio Christian and TAPPS 4A San Antonio Holy Cross, TAPPS 6A and 4A schools respectively. St. Joseph beat them in a combined five games to one and carried that momentum through the rest of the season.

In the playoffs, Swanlund wanted her team to be grateful for every opportunity they got to play and to give it their all. They did just that.

The Flyers defeated Fort Bend Christian Academy (3-0), Lutheran South (3-2) and Austin Hyde Park (3-0) to advance to the state final against Prince of Peace.

“They notoriously have a strong program,” Swanlund said. “For my team, I want to see them have great sportsmanship either way it goes and show the younger ones how to persevere under pressure situations.”

Saturday’s final is set to start at 3 p.m. at New Braunfels Christian Academy.

Peter Scamardo is a Sports Reporter for the Victoria Advocate. He can be reached at 281-755-2666 or at pscamardo@vicad.com or @PLScamardo2.