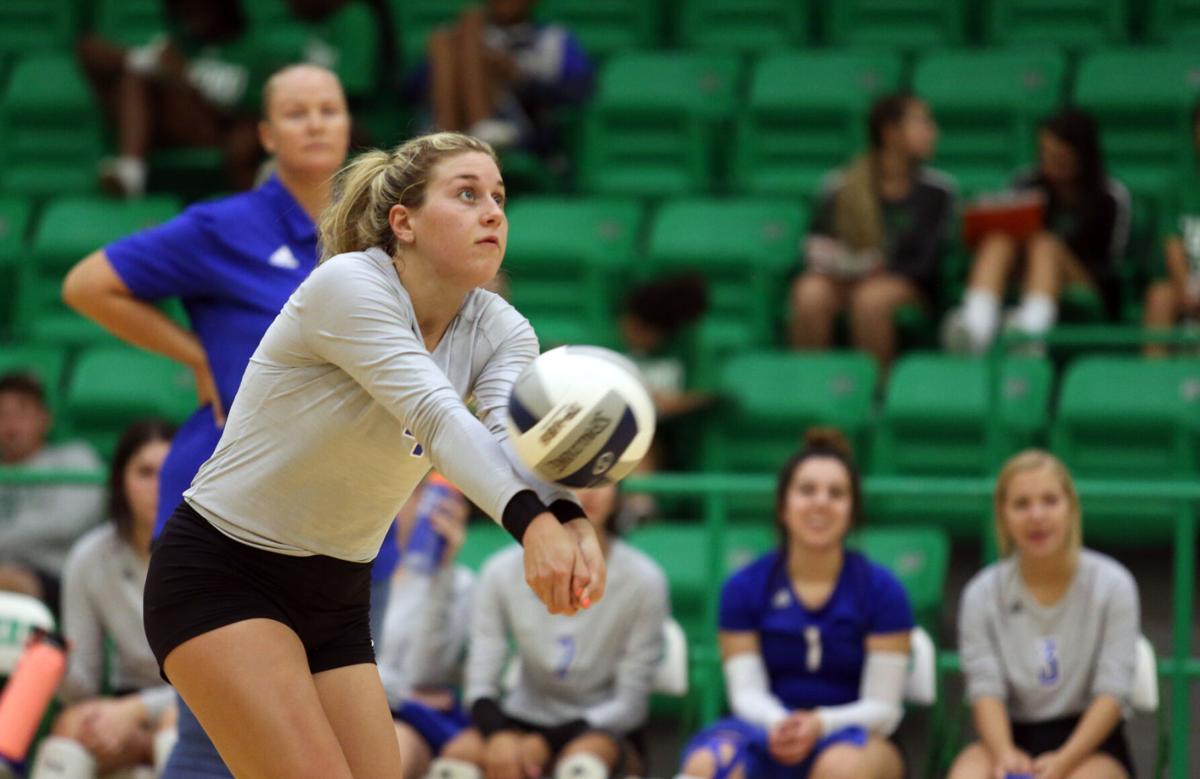 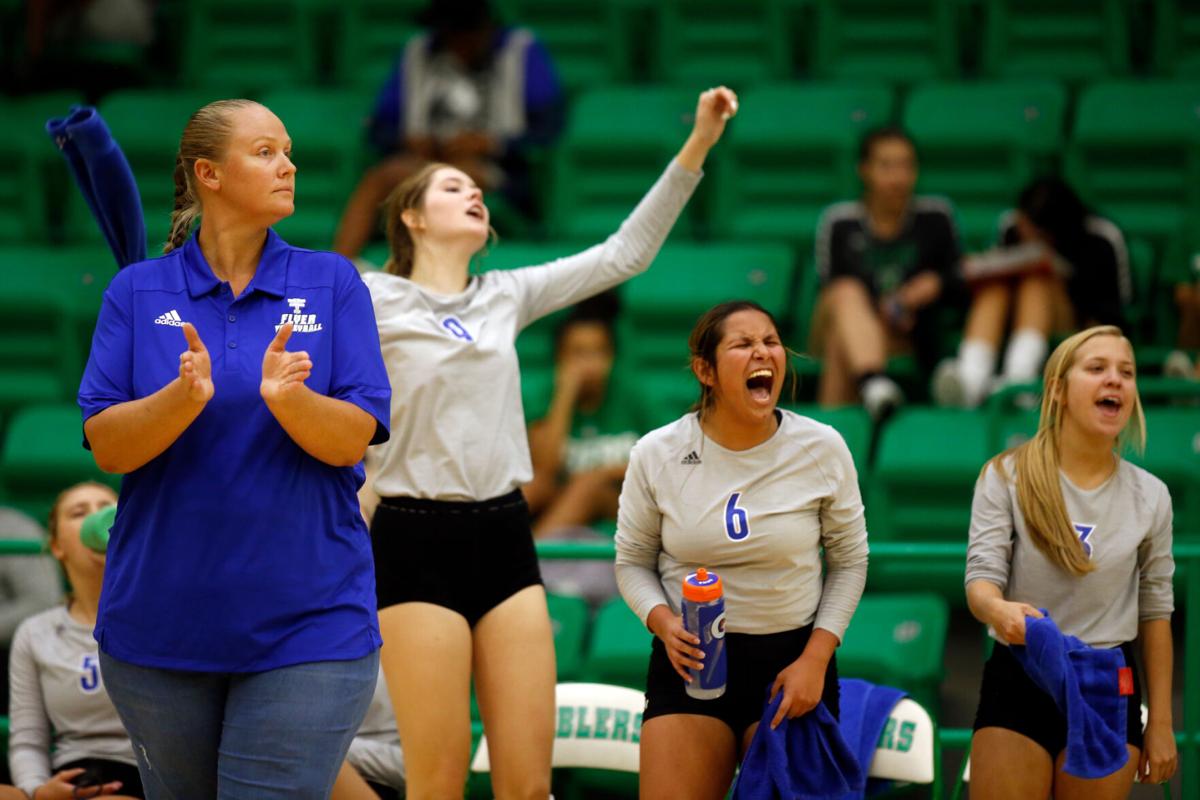 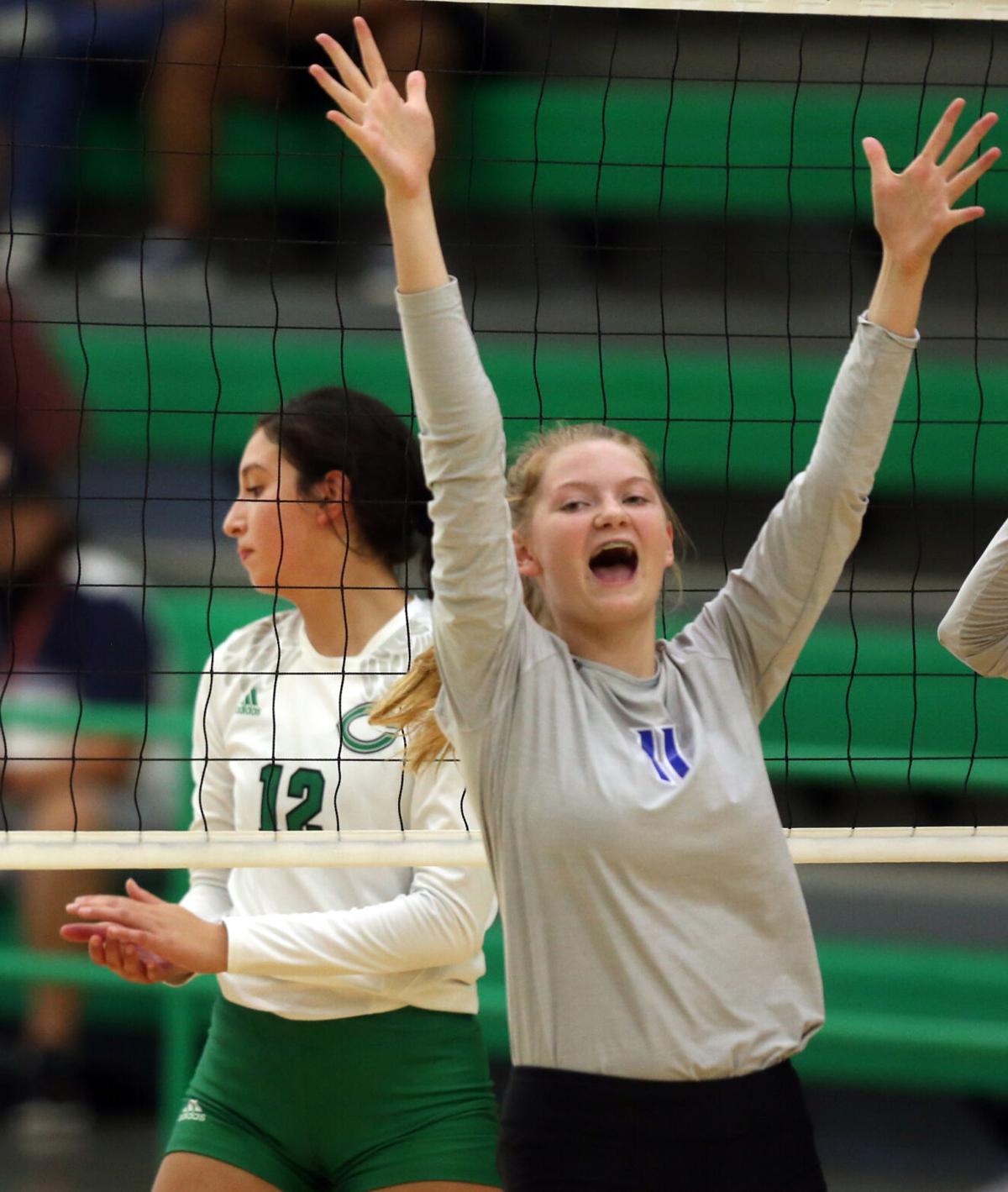 Cuero’s Daniella Saenz reacts after St. Joseph scores another point in the first set during Tuesday’s game between St. Joseph and Cuero at Cuero High School. 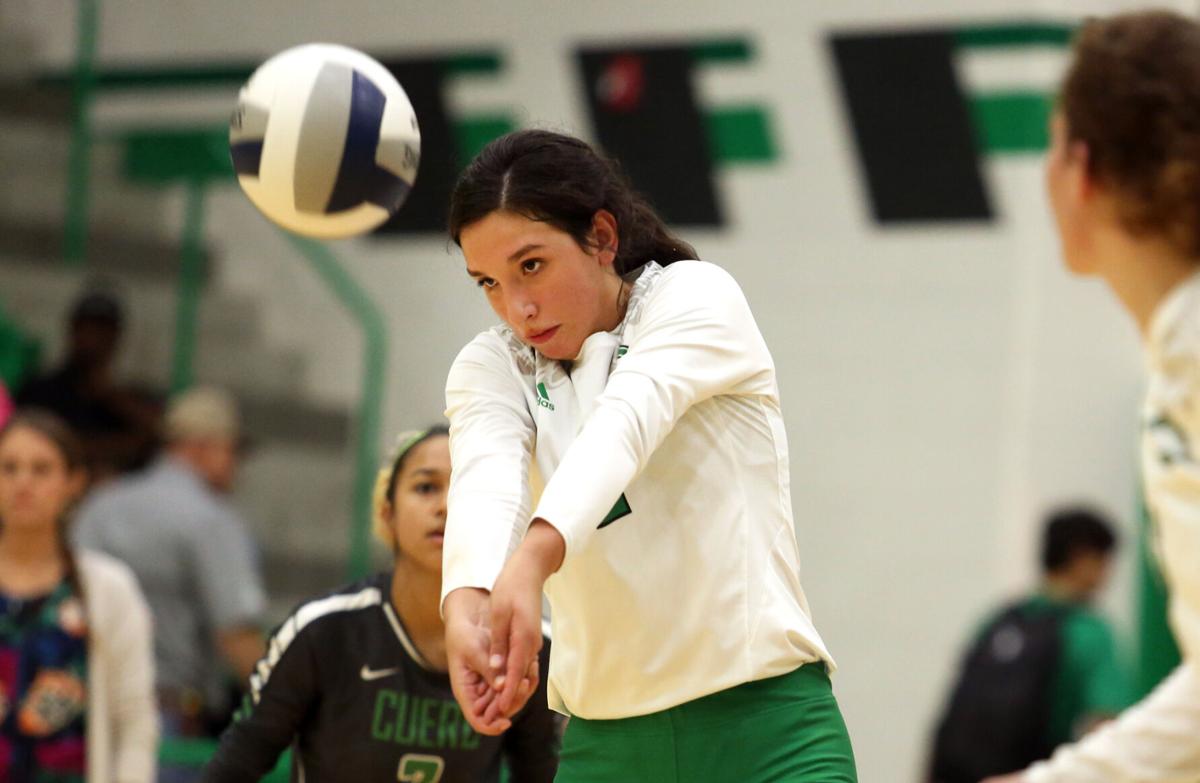 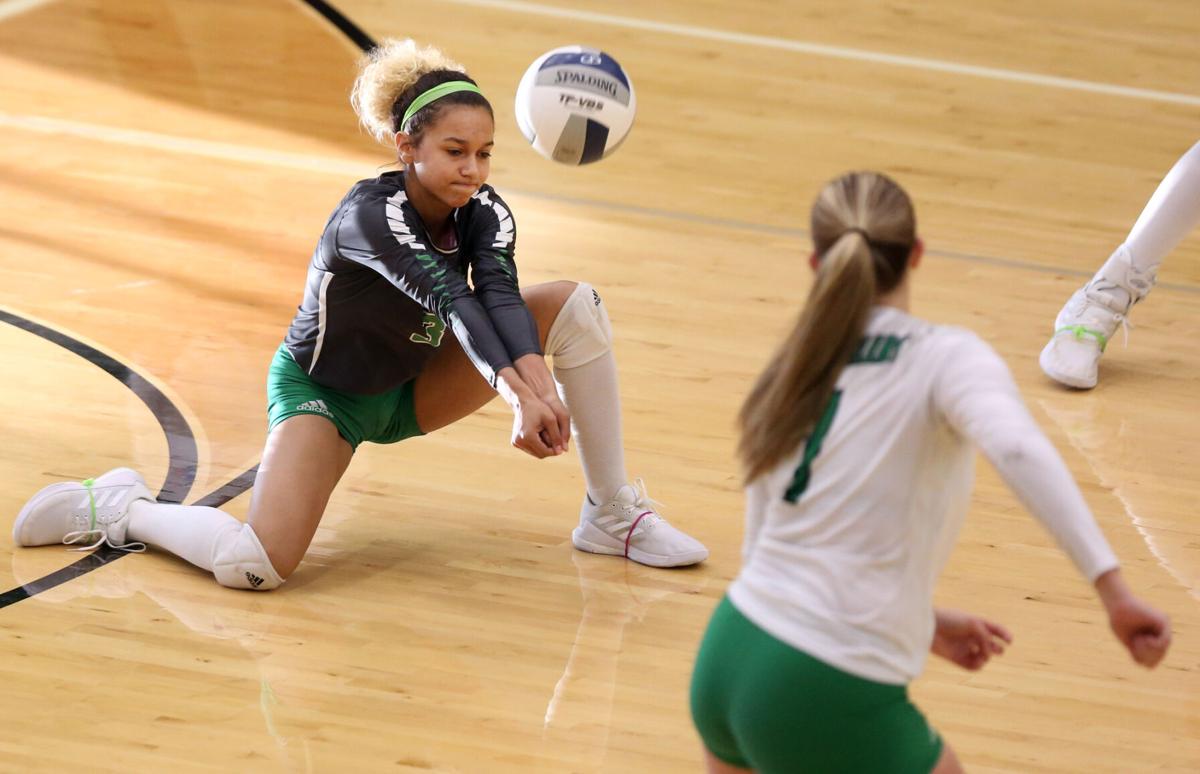 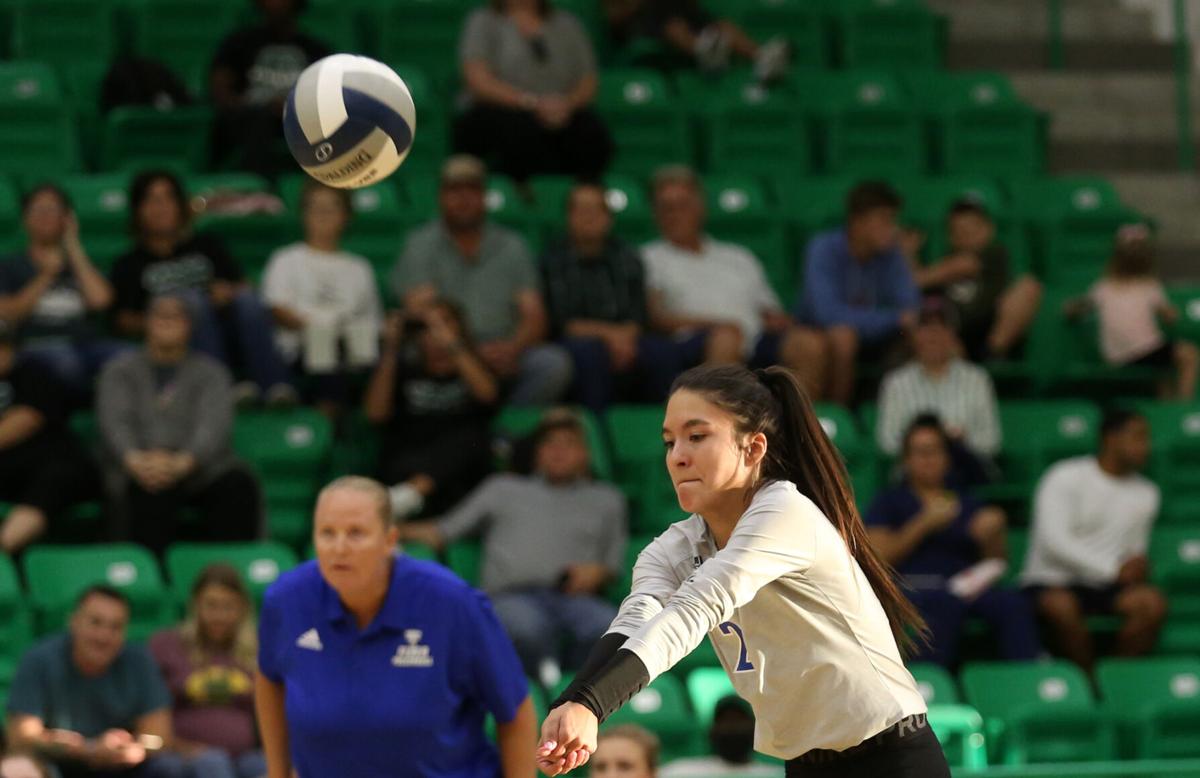 Cuero’s Daniella Saenz reacts after St. Joseph scores another point in the first set during Tuesday’s game between St. Joseph and Cuero at Cuero High School.

The Lady Flyers struggled at a tournament in Dallas over the weekend and coach Christa Swanlund said she didn’t recognize the team she saw.

Seniors Ryan Ward and Kerigan Baumgartner, and freshman Adison Ozuna, each had 10 kills for the Lady Flyers to set the pace.

St. Joseph, behind a well-distributed offense, found its groove.

“It was crucial,” Swanlund said. “I saw on Saturday a team I had never seen before. It was just a poor volleyball day. To see them come out and play like that didn’t even happen really was a relief to me because it shows they can overcome a little bit of adversity and excel.”

It was a breakout game for Ozuna. Swanlund expected the 6-foot-tall freshman to be a factor in the Lady Flyers’ offense.

She was able to pick up four kills in each the second and third sets to help St. Joseph back into the win column.

Ozuna is beginning to adjust to her first year at the high school level.

“I think after me and the setters connected, everything just went together and we started getting kills after kills,” Ozuna said. “I was able to spot the block and hit around it. Me and our setter worked really well together.”

Freshman Addison Ozuna is stepping up to become a third option in attack for the Lady Flyers. pic.twitter.com/ZcgA9V9VbA

Ozuna hopes to join the senior tandem of Baumgartner and Ward as a weapon at the net with her newfound confidence.

“I think we’re really fluid right now,” Ward said. “Being able to set all three positions means a lot in a game. And playing a big team like Cuero really helps us to have all those options.”

“We scheduled these good, tough teams with a good strong tradition of winning on purpose, not by accident,” Lemley said. “We want to play teams used to winning and are going to show us some good, fast volleyball.”

Instead, she was pleased to see Ashley Price and sophomore setter Bromli Watson connect. The two connected four times in the third set.

Price finished with a team-high eight kills. Watson had 13 assists.