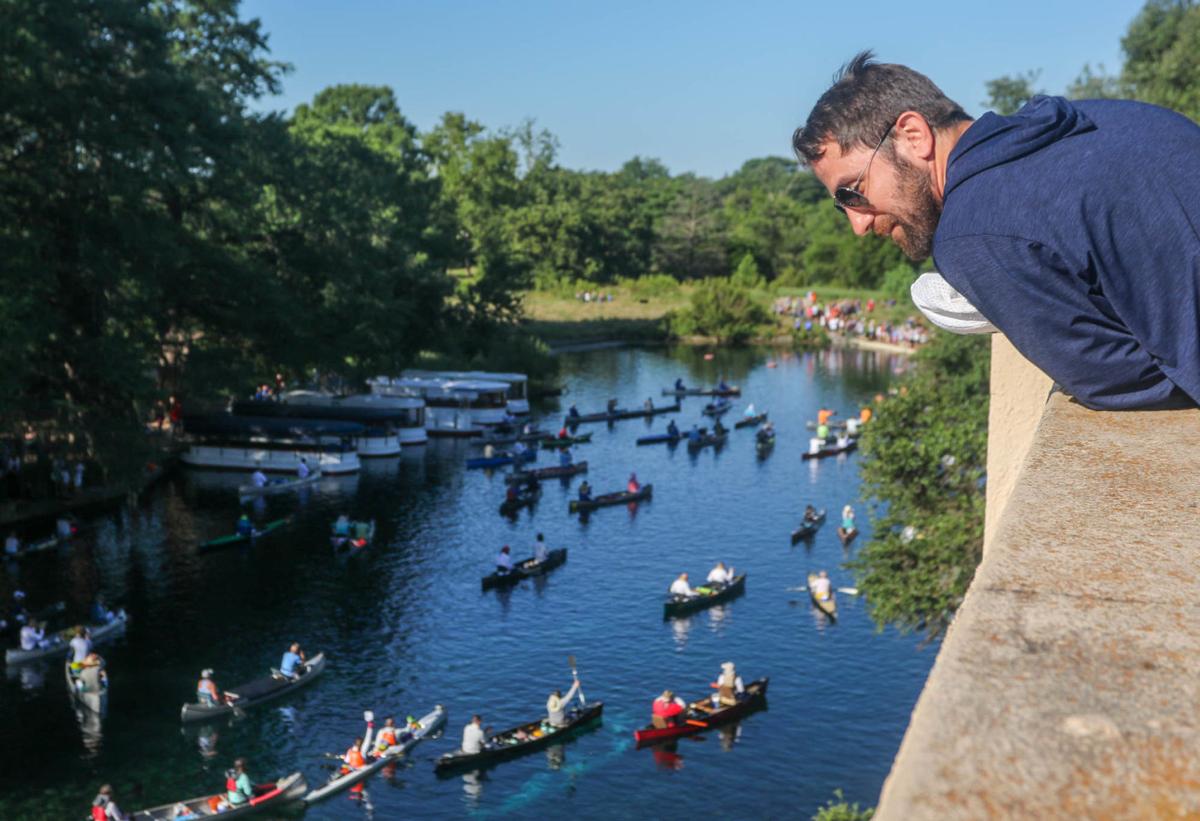 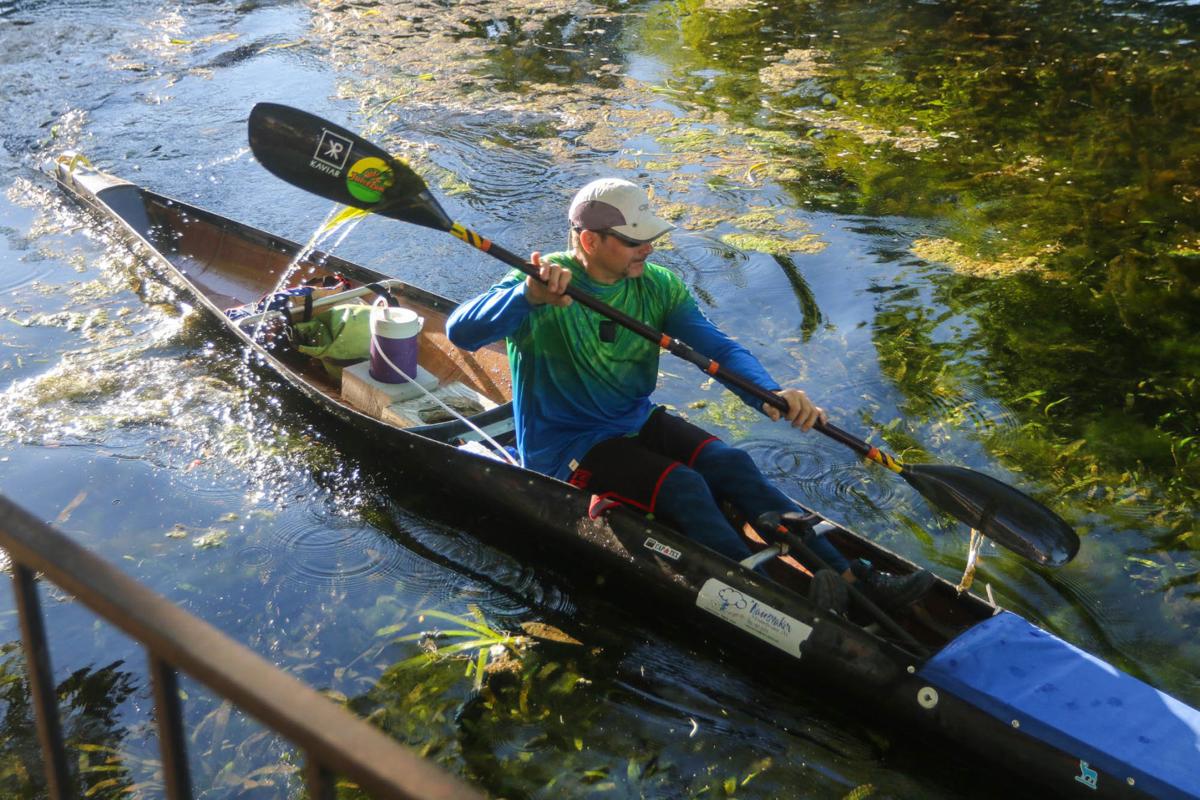 Michael Tecci enters the water at the Meadows Center in San Marcos at the start of the Texas Water Safari.

Michael Tecci enters the water at the Meadows Center in San Marcos at the start of the Texas Water Safari.

After a year’s absence, the Texas Water Safari will be back this weekend.

The 260-mile race will kick off Saturday in San Marcos at The Meadows Center as racers start their journey to Bill Sanders Memorial Park in Seadrift.

“Everyone is pretty pumped up,” said race director Allen Spelce. “People were upset after it was canceled last year with COVID, and people are just ready to be able to do things, and it’s showed by how excited they are with this. We had a record turnout for our river marathon in May and people are just so excited to be back out racing again outside.”

Last year’s race was canceled for the first time in its history because of the COVID-19 pandemic, and this year’s was threatened to be delayed after heavy rains caused flood conditions throughout the Guadeloupe River.

But with water levels falling, Spelce is confident that the race can be held without any problems arising.

“It looks like all the checkpoints are going to be open. The water levels are dropping rapidly,” Spelce said. “Victoria’s city park went out of flood state yesterday, and further downstream a lot of things are coming out of flood state, as well. We’re going to have some good water, and I think a high number of finishers.”

The water levels also give a chance for some of the race’s records to be broken.

It will also be a different race, even for experienced paddlers, as the rain has caused new parts of the river to be able to be paddled.

“It’s kind of like there’s a new river,” Spelce said. “A lot of stuff from Victoria on down has changed because of floods. There’s going to be new log jams and cuts opened up. A number of teams were down there on Wednesday scouting that out and trying to figure out what their plan will be.”

While no international teams will compete this year because of the COVID-19 pandemic, there will still be 148 teams, down from 165 in 2019.

“We didn’t know what to expect after not having it last year, and we were a little surprised it was so high” Spelce said. “We were expecting 100-125 teams, so it’s great to see that it’s higher than that. It just shows how people are ready to get out and paddle again.”