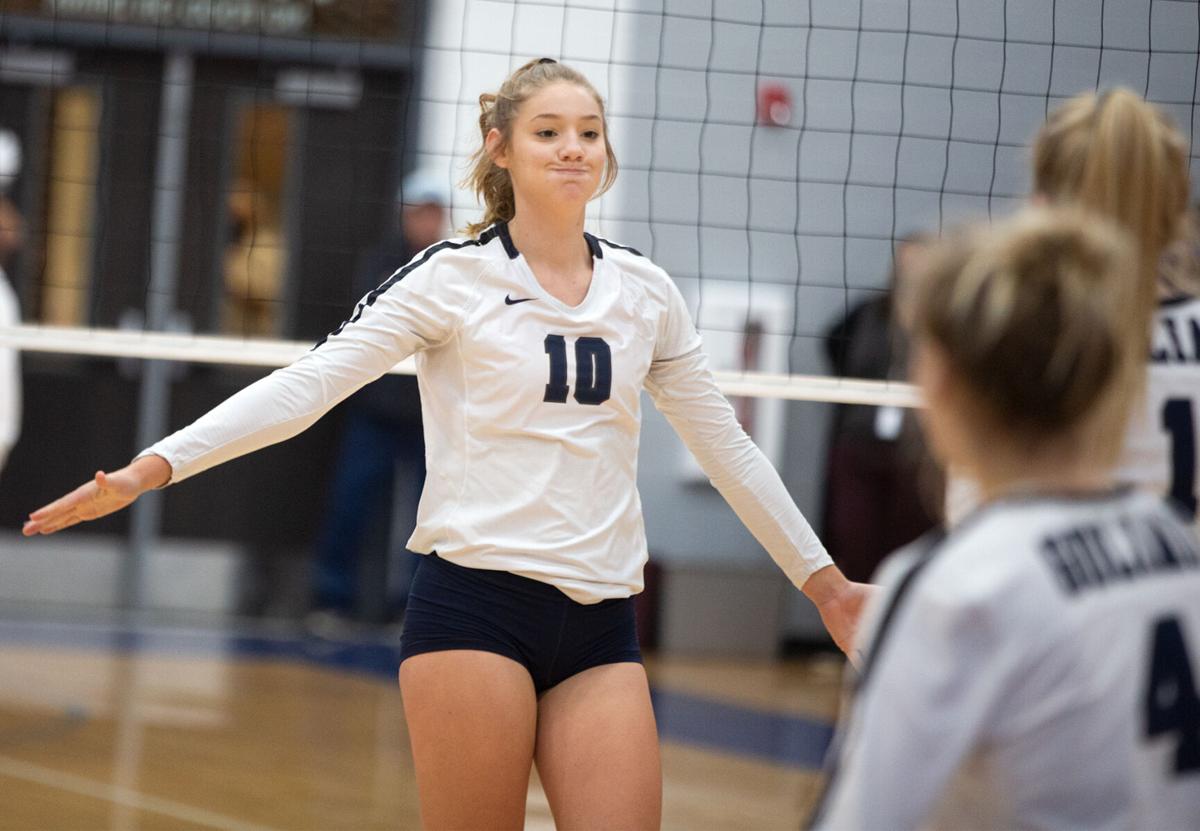 Goliad's Abby Yanta reacts to a play that gave a point to East Bernard during Tuesday's Class 3A state semifinal game at Yoakum High School. 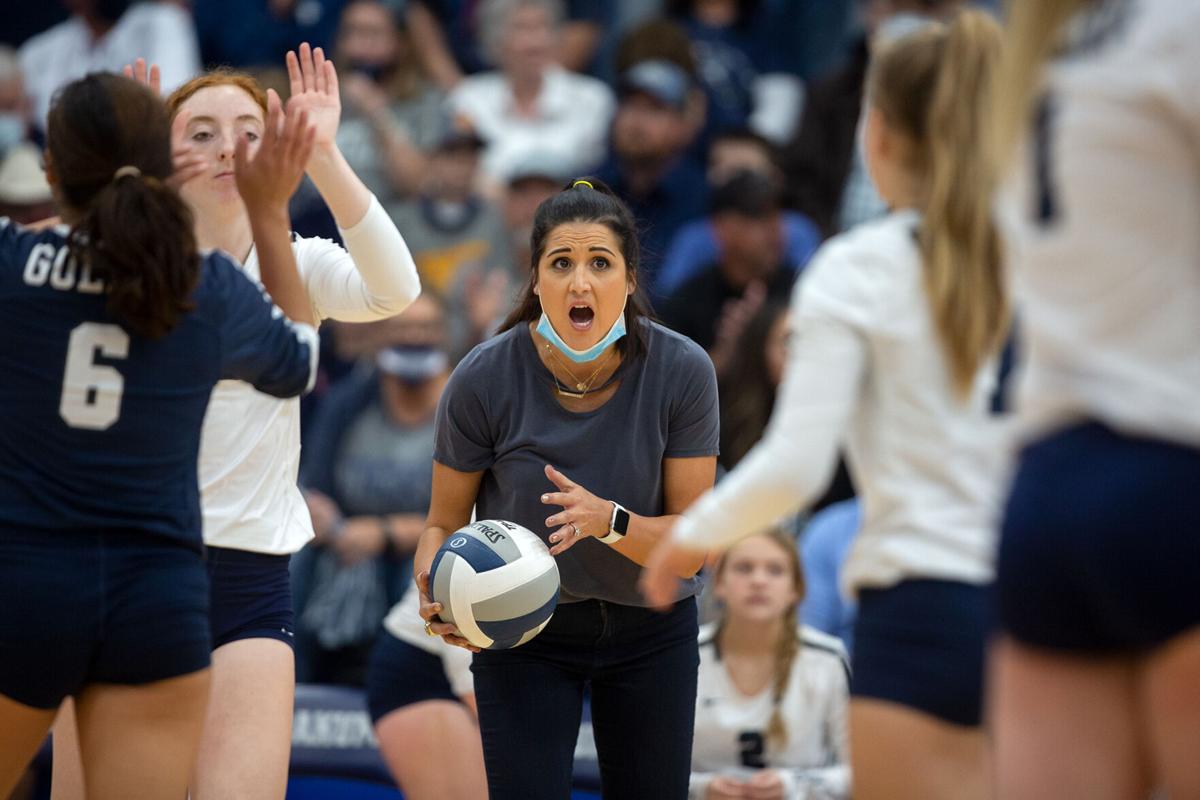 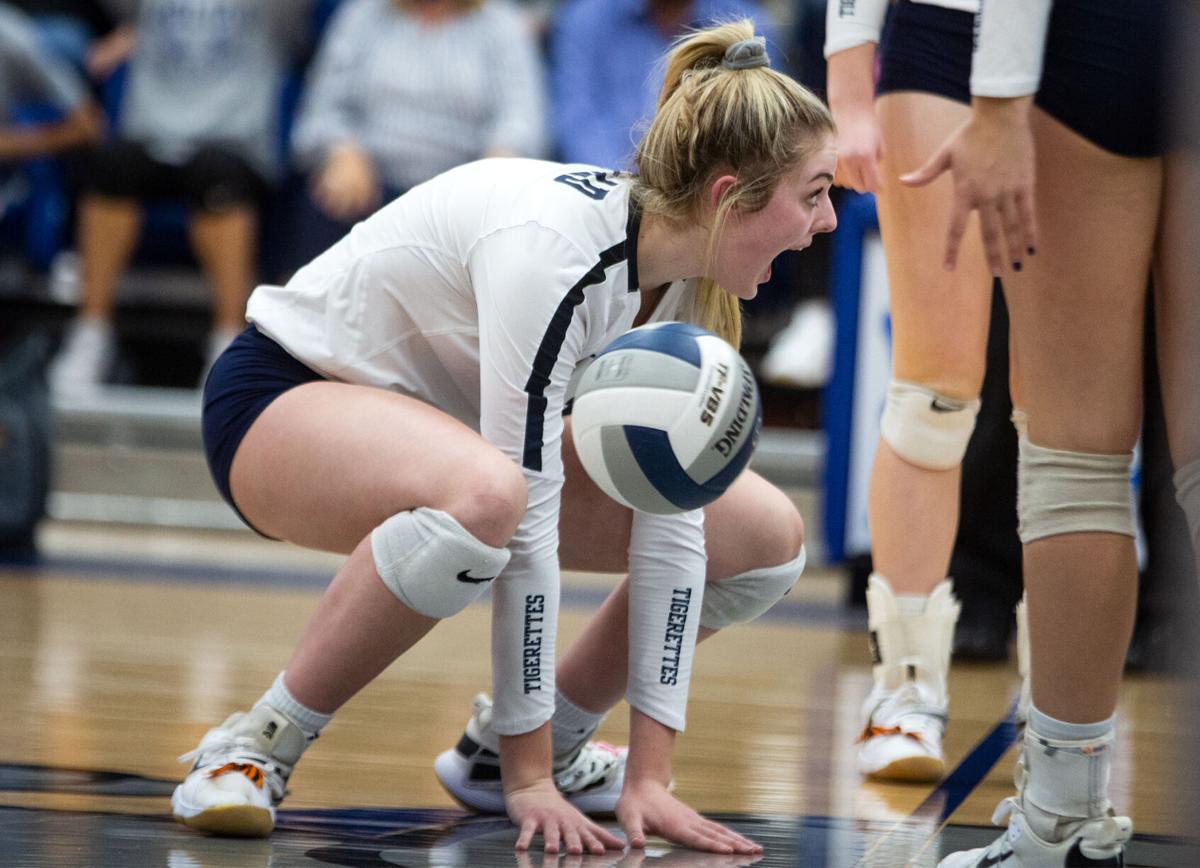 Goliad's Abby Yanta reacts to a play that gave a point to East Bernard during Tuesday's Class 3A state semifinal game at Yoakum High School.

Mollee Henicke has thought a lot about getting back to Garland.

The Goliad senior setter was part of the state championship team for Goliad in 2017 as a freshman, she has spent the past three years trying to get back to that stage.

After a four-set win over East Bernard in the Class 3A semifinals, Henicke has accomplished her mission.

“Everything is so crazy right now,” Henicke said. “We should be at Garland right now playing this semifinal, but we weren’t able to do that so we had to make sure to make it to Saturday.”

The Tigerettes failed to get to the state tournament each of the past two seasons, losing in the regional final both times to Industrial.

“This team is always going to fight,” said senior libero Julia Morris. “We always fight back, we always get up, we’ve never gotten down on ourselves and that’s what was able to push us through this year.”

Now, Goliad is one step away from its third state championship in the schools fifth trip to the state tournament.

But standing in the way of the Tigerettes is Bushland.

The Lady Falcons are in the state tournament for the second straight season and ninth time overall. They have four state championships in school history.

Bushland made it to the state semifinal last season before falling to eventual state champion Industrial in five sets.

“We really have to spend these next few day’s looking over and paying attention to them,” said Goliad head coach Jess Odem after the team’s win over East Bernard in the semifinal. “We just have to keep improving our offense and defense and figure out what we can do to stop them and holes we can find to score.”

Odem is convinced her team will be prepared for the atmosphere at the state tournament.

“This is a mentally strong team” Odem said. “It’s a different atmosphere with bright lights and it’s a big atmosphere and a complete different situation than we’ve been in since there wasn’t a regional tournament. I think it might take us a bit to get where we need to be, but these girls aren’t going to be put down and they’ll be ready.”

Goliad has two players with state final experience in Henicke and Karleigh Hill.

“We have a mixture of this experience and young players,” Odem said. “I think that mixture together really has made us stronger and helped this team grow. There’s a bunch of girls on this team who don’t have the experience of winning a gold medal and they all have one goal in mind. That’s what has given us such an edge.”

The Tigerettes are excited about getting a chance to play for another state title.

“I’m so ready to get out there,” Morris said. “It feels so good to be able to experience this in my senior year and have a chance to play in Garland.”