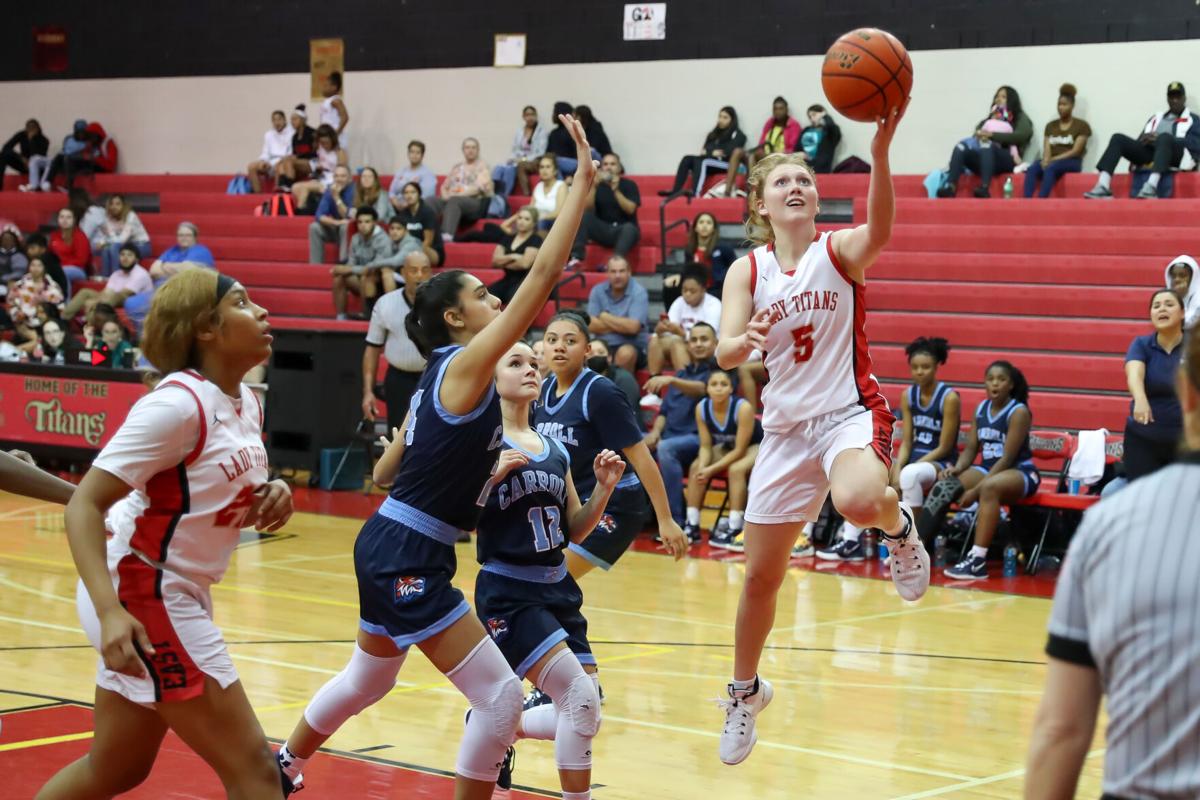 Hannah Tyler drives toward the basket for the Lady Titans in their game against Corpus Christi Carrol Tuesday night at East High School. 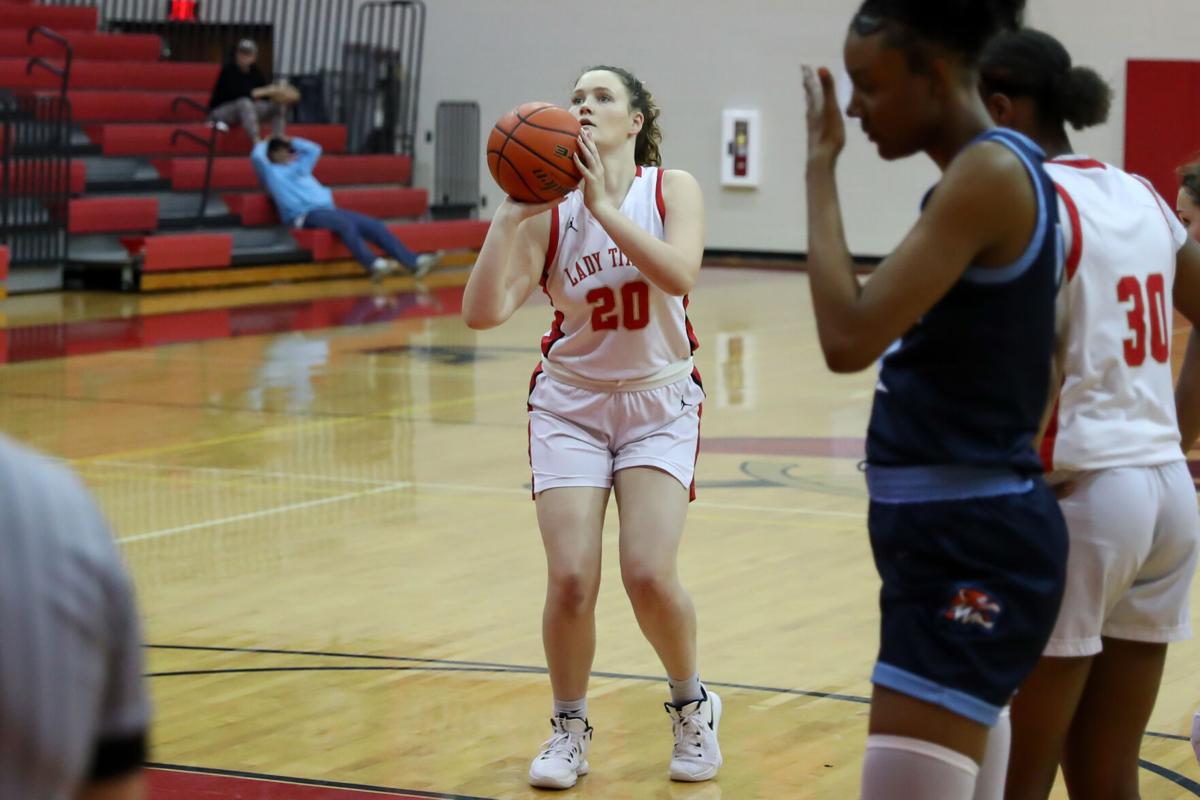 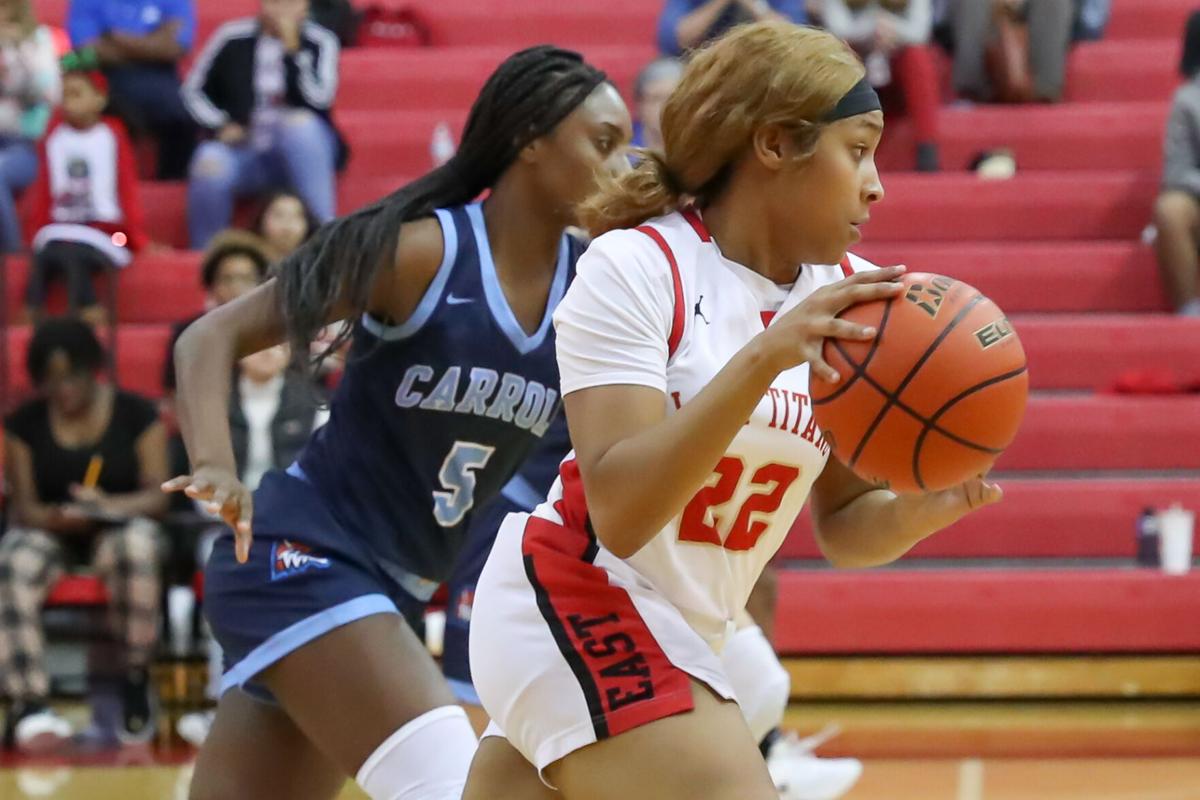 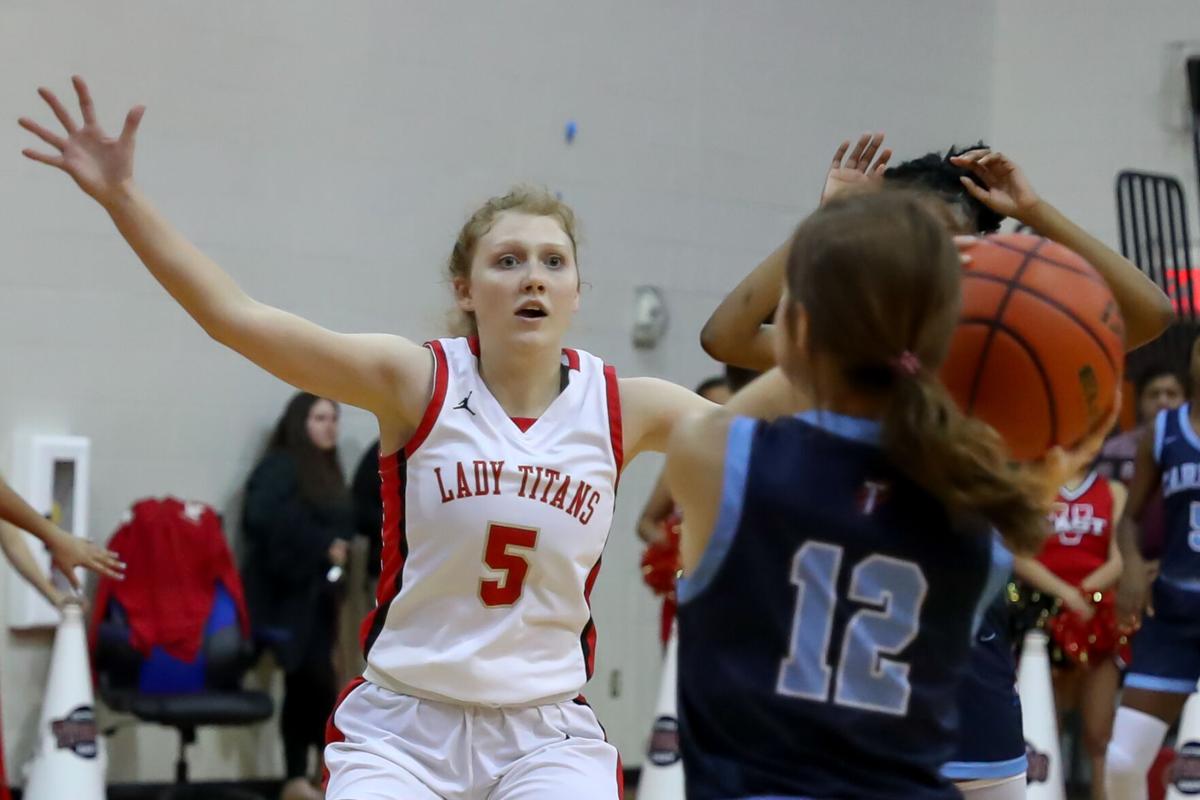 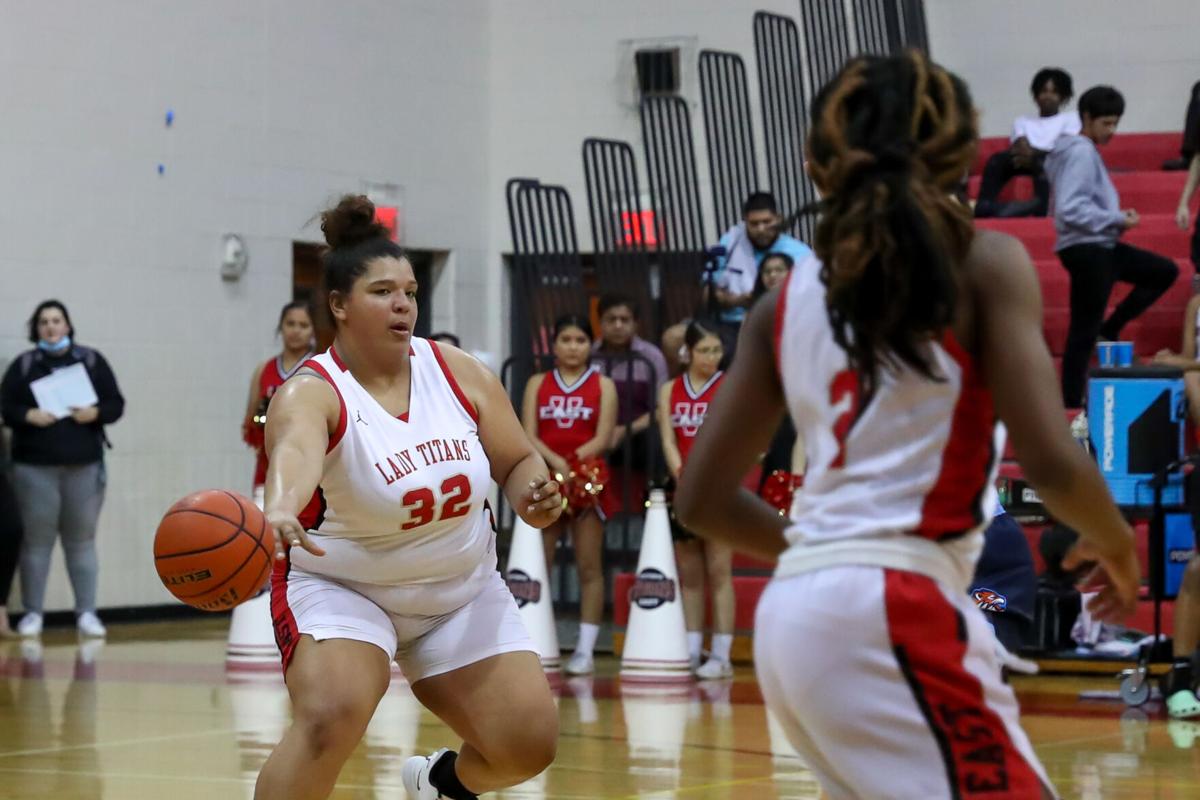 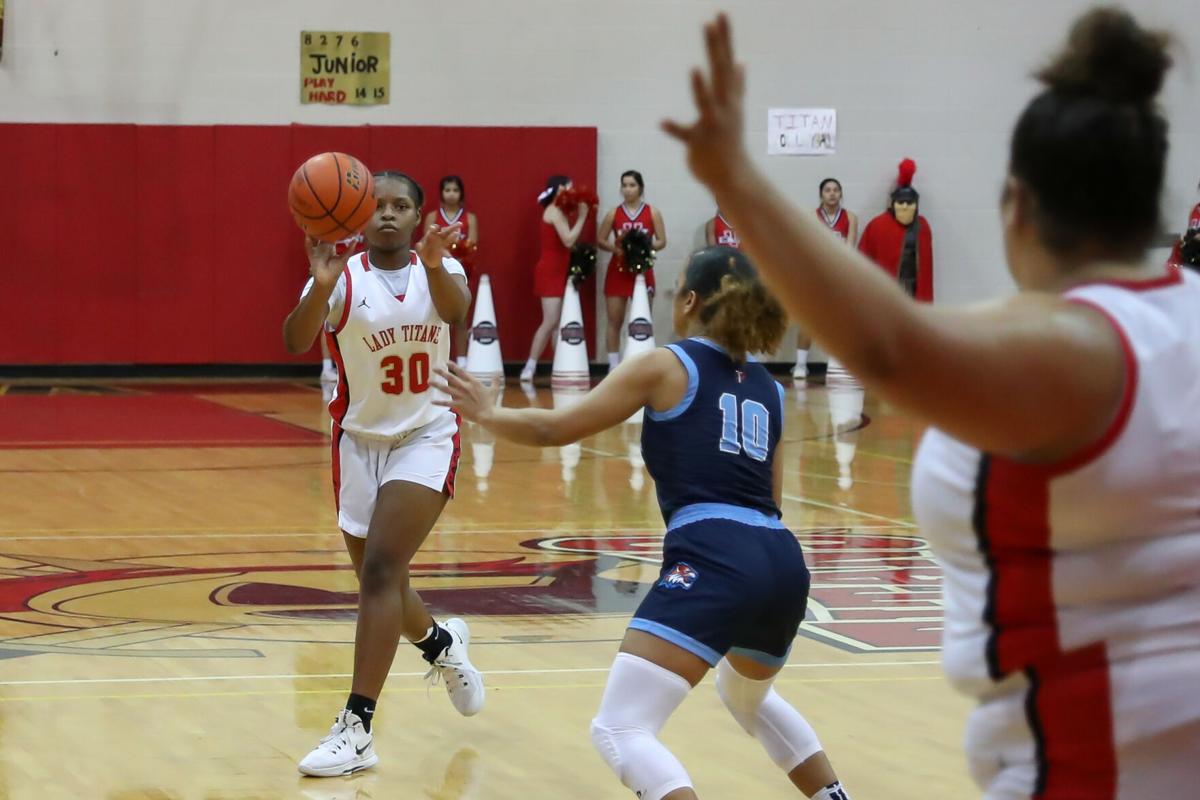 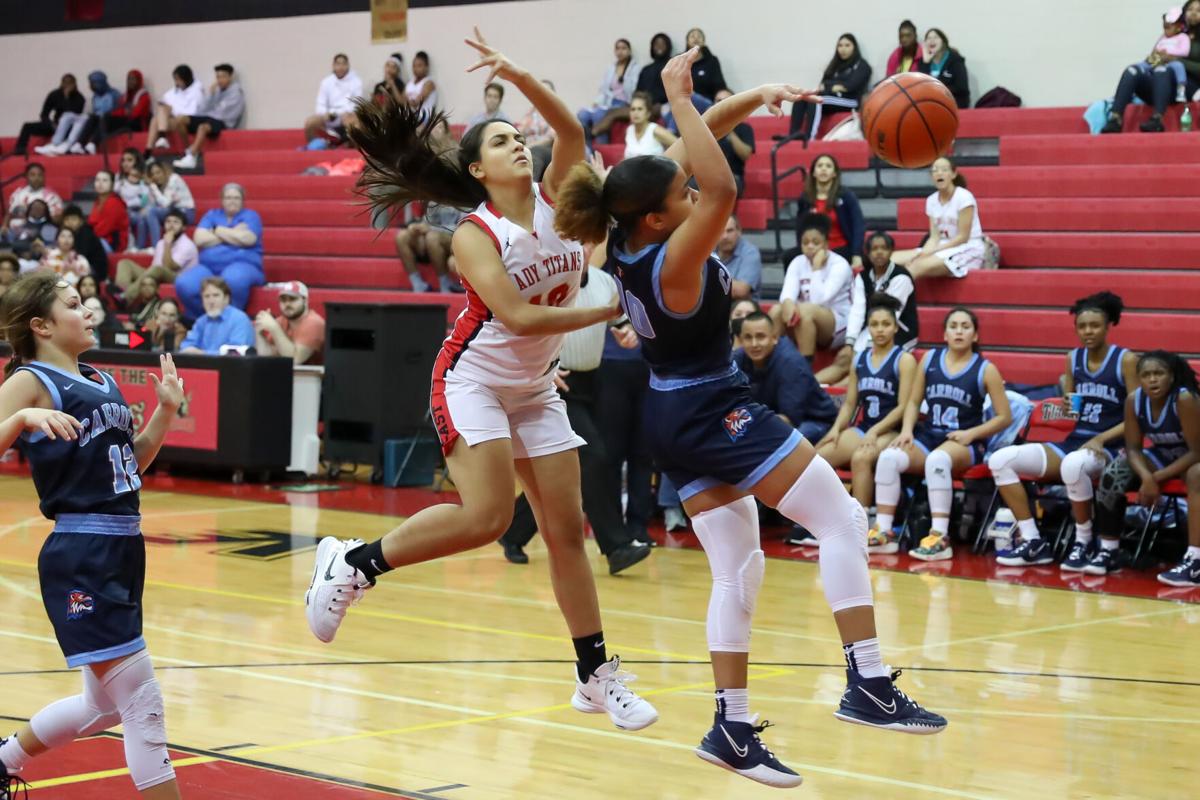 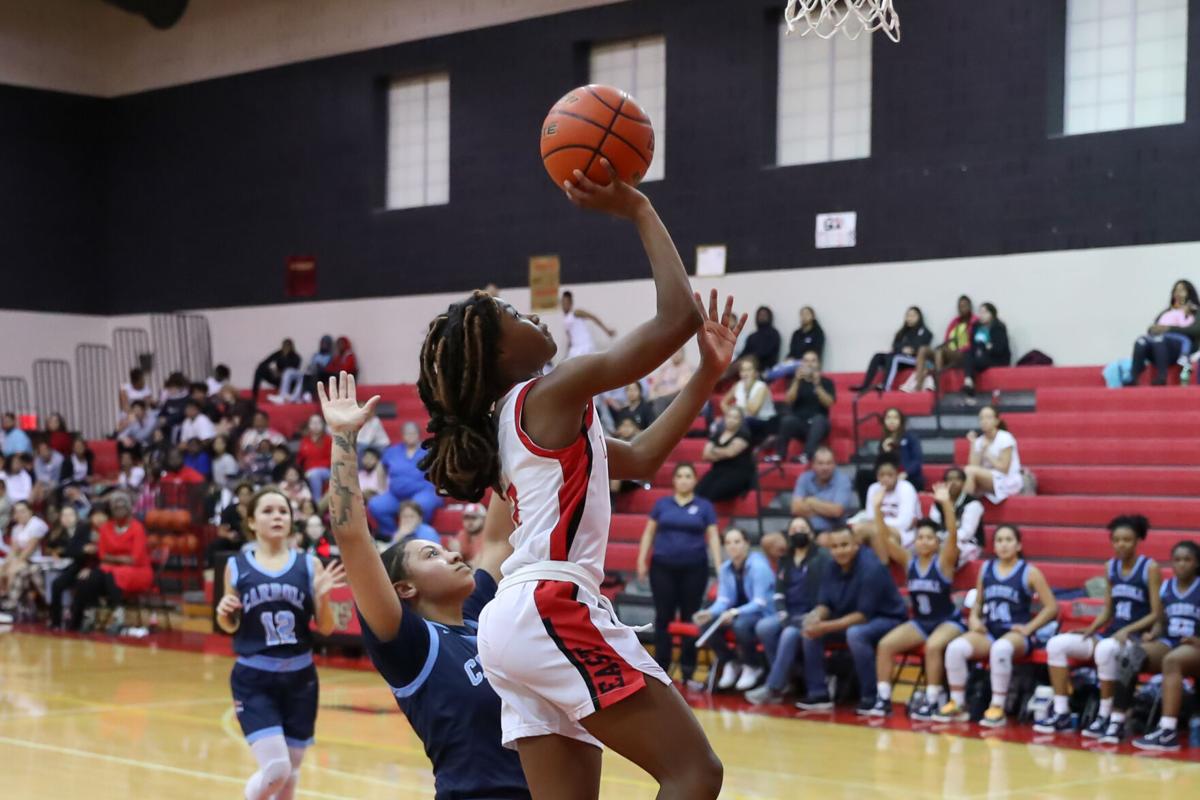 C'niaha Randle drives toward the basket for the Lady Titans in their game against Corpus Christ Carroll Tuesday at East High School. 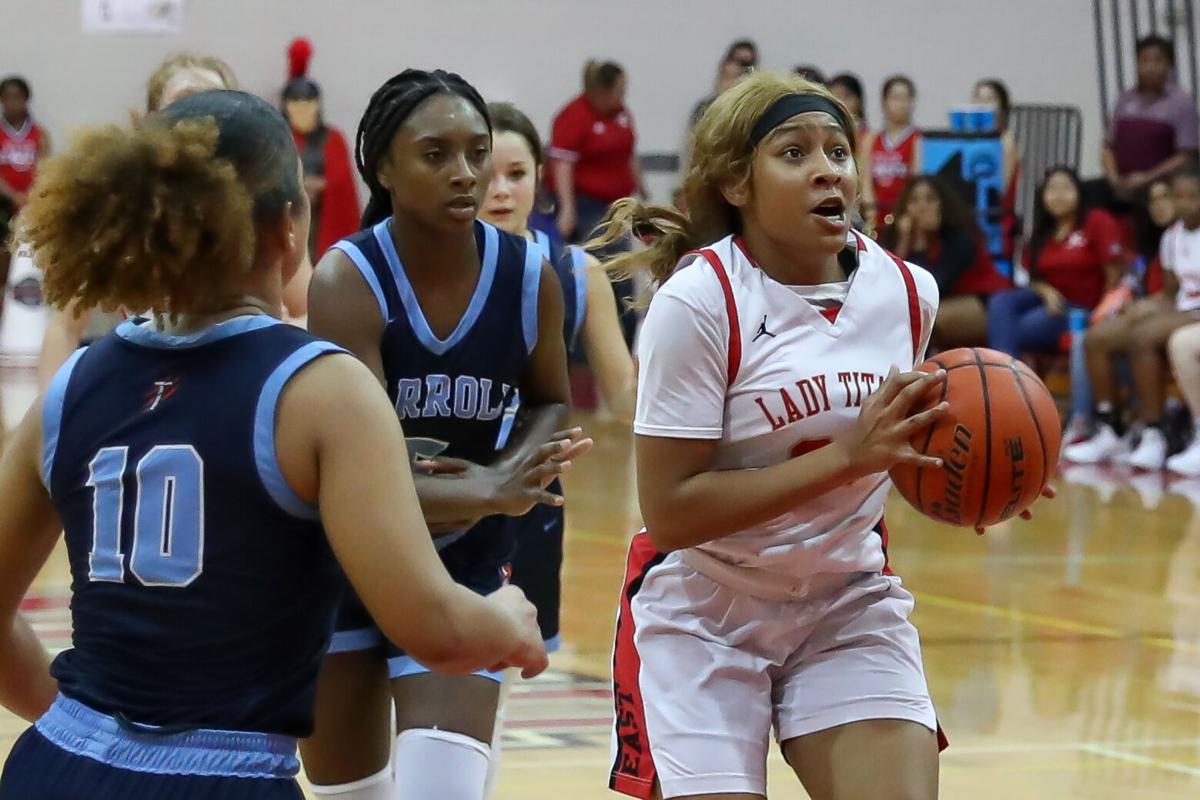 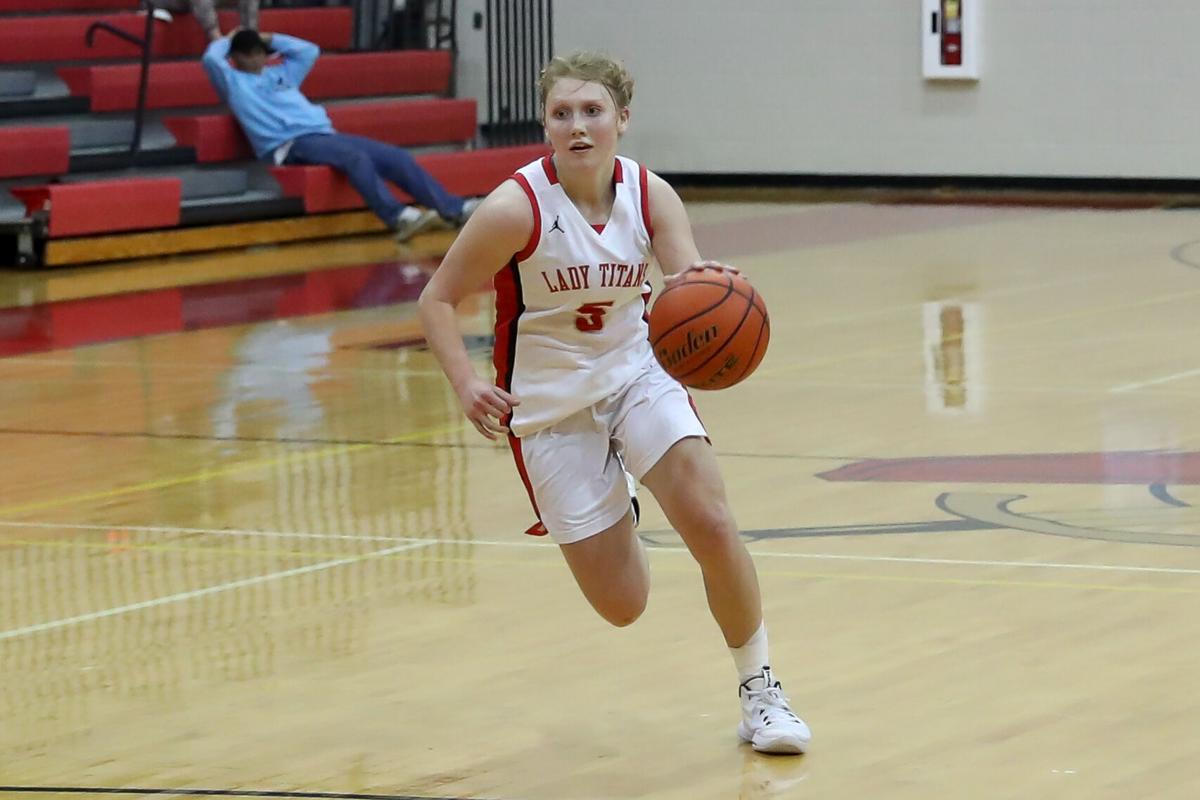 Hannah Tyler drives toward the basket for the Lady Titans in their game against Corpus Christi Carrol Tuesday night at East High School.

C'niaha Randle drives toward the basket for the Lady Titans in their game against Corpus Christ Carroll Tuesday at East High School.

Hannah Tyler was anxious to get back on the court for Victoria East.

The senior guard missed playing time after suffering an injury at the San Antonio Southwest Legacy Tournament, but was back for East’s Tuesday night District 29-5A opener against Corpus Christi Carroll.

After losing three district games last year, East was in an unfamiliar spot trailing for almost the entire game.

The Lady Titans needed every point from Tyler as she kickstarted East’s rally, scoring 16 of her 23 points in the fourth quarter, including the buzzer-beating 3-pointer to give East the 44-42 win.

“Coming off an injury is difficult,” Tyler said. “I haven’t had an injury in a few years. Especially to the beginning of my senior year, I just wanted to come in with positive energy and hard working demeanor. I know I set a leadership role for them, so I come out excited and they feed off my energy.”

Tyler was one of a few players for East that saw regular playing time last season.

The others, Lamira Cleveland, scored seven points in the game, while Ariana Ramsey, a senior guard, was out with an injury.

Against Carroll, East received no favors as the Lady Tigers’ height advantage and full-court defense led to turnovers by East and helped Carroll to a 20-18 halftime lead.

“Their press hurt us a little bit,” said East coach Yulonda Wimbish-North. “They have these kids that are getting rebounds and getting second chances. It’s what I thought it would be, that it’d be a close game. We had opportunities from the free throw line that we didn’t capitalize on.”

Three of those came in the third quarter as Carroll came out of halftime on an 8-0 run, taking a 28-18 lead.

East managed to break the run with six points from Cleveland, but trailed 31-24 going into the fourth.

“It’s all about energy,” Tyler said. “It’s all about your perspective. When you go out with a positive perspective on the game, ready to punch someone in the mouth, figuratively, good things work out for you.”

East started breaking through the press defense, driving to the basket and chipping away at the deficit before retaking the lead with 30 seconds remaining from a Tyler layup.

Carroll came right back with a layup of their own before Tyler was fouled.

With both teams in the double bonus, Tyler had two free throws and missed both of them. But Tyler managed to strip the ball away from the Carroll defender and get a shot off for the buzzer-beating victory.

“We saw our team be resilient,” Wimbish-North said. “The game is a game of runs and you just got to keep fighting. They did that. So I’m really excited for them.”