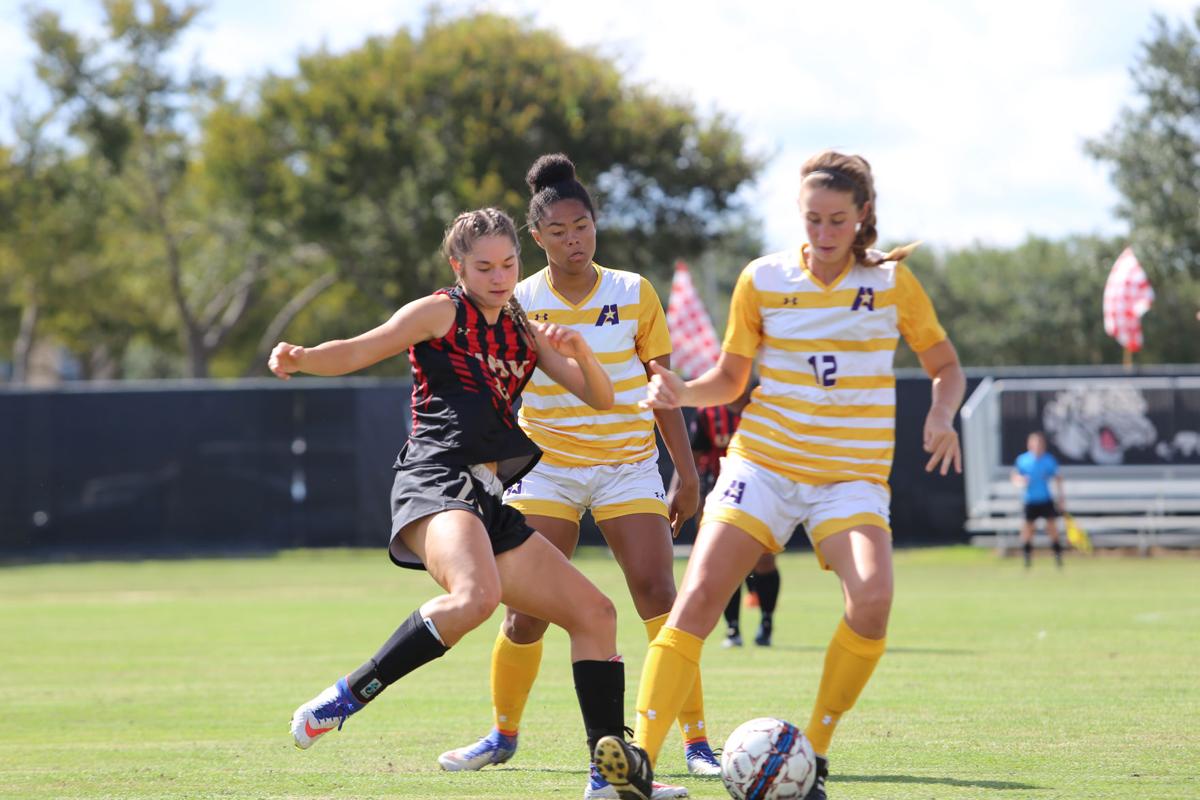 UHV’s Maria Grogan battles two LSUA players for the ball during a Red River Athletic Conference Game at The Cage in 2018. 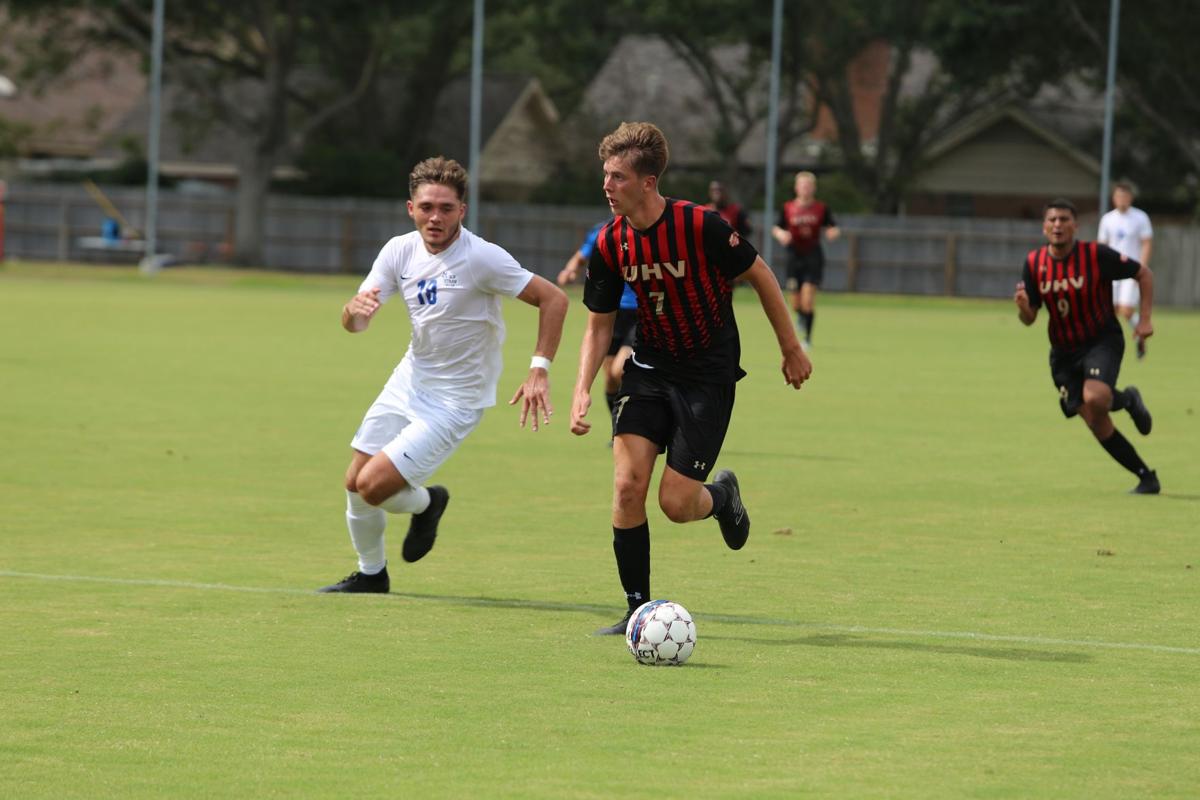 University of Houston-Victoria’s Brody Patience dribbles down the field during a Red River Athletic Conference game.

UHV’s Maria Grogan battles two LSUA players for the ball during a Red River Athletic Conference Game at The Cage in 2018.

University of Houston-Victoria’s Brody Patience dribbles down the field during a Red River Athletic Conference game.

When the National Association of Intercollegiate Athletics announced it was moving soccer championships to the spring, senior Nisa Olivierre took a positive approach.

Olivierre feels the change will benefit the women and men programs by allowing the teams to have more time to practice and integrate the younger players on the team.

“When I first heard the announcement I was nervous,” Olivierre said. “I didn’t think I’d actually get back this time, but then I looked at it from an optimistic point of view. I think it’s actually much better for us having the season in the spring than the fall.”

The announcement forced an adjustment in the Jaguars’ plans, but one positive is that the teams will have an entire semester to work with each other instead of the normal two weeks before the start of the season.

The Jaguars, who compete in the Red River Athletic Conference, will return to campus in the fall under head coach Adrian Rigby, who has coached the men and women for the past 10 seasons.

“It feels like we never have time to work on things,” Rigby said. “So having this extra fall season to develop players can help. It gives us a chance at more tactical training, and I think that is going to benefit out players to where then they can go and use their individual strengths because they know what we need from them tactically.”

“We are making sure to follow all of the policies in place,” Rigby said. “The University of Houston, the CDC’s and the NAIA’s. We’re collaborating all of those and trying to make this environment as safe as possible for the student athletes.”

The players have done their best to keep in shape while they’ve been away from the team.

“It’s really been the same things I usually do,” said UHV junior Jean Bosco Irumva. “It’s just I haven’t been able to work out with other people as much, so that part has been a bit difficult. I’m just trying to work hard because I know I’m going to get more time, and I want to be at my best when I get back to Victoria.”

When the season does start up in the spring, both teams have high expectations.

“I think we can make a run at nationals,” Irumva said. “We showed last year the amount of talent we have, and I think now with the work the coaching staff has done that we are ready to take that next step. This year we’re going to achieve a lot I think.”

“I’m really excited for this team,” Olliviere added. “I’ve been saying that since we started recruiting players, and I can see that everybody knows what the goal is and everyone knows what they need to do. I’m just excited to put it on the field, and I think it will be a very good season.”