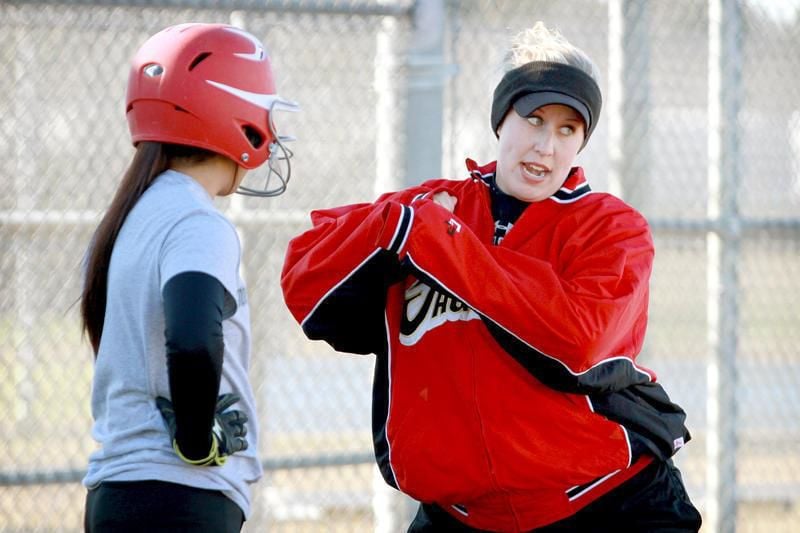 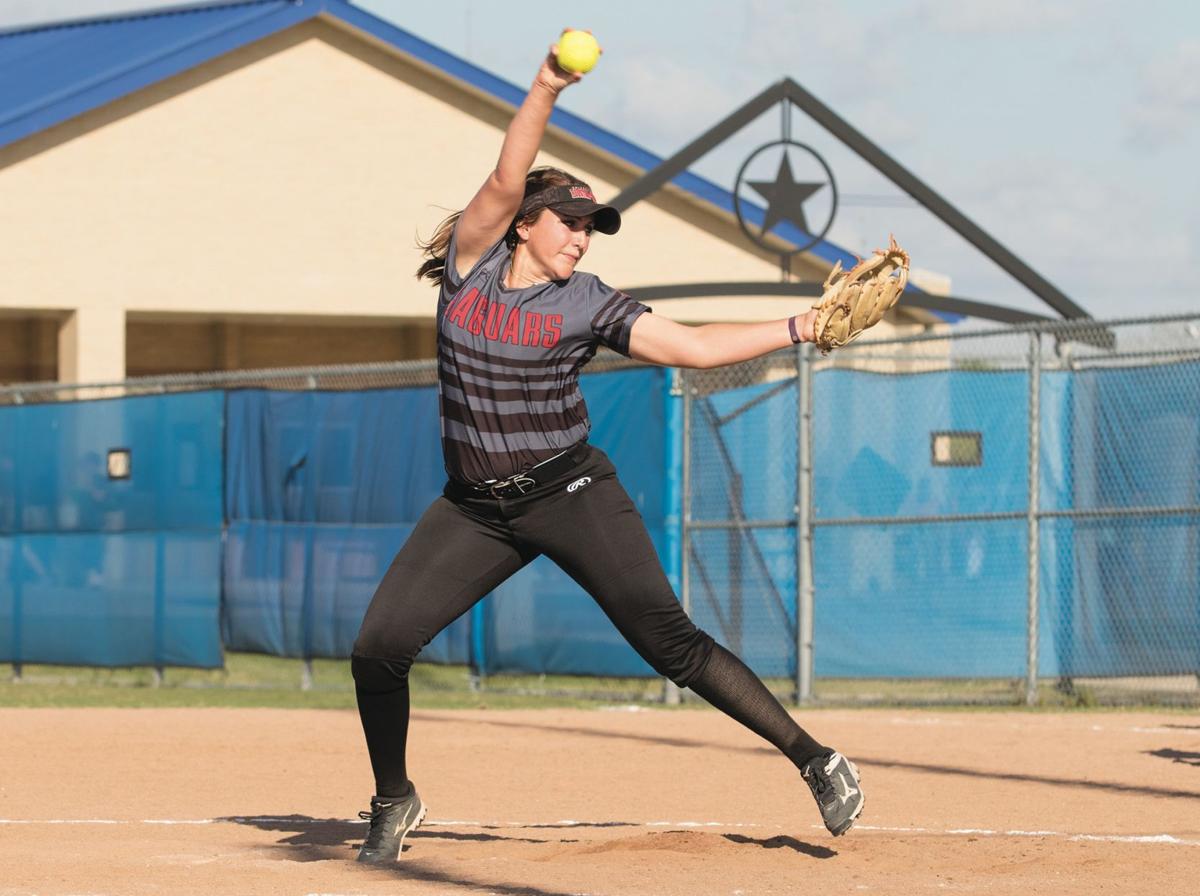 UHV’s Kelsey Tidrick winds up for a pitch during a game against Texas Southern at the Victoria Youth Sports Complex. Tidrick plans to return to complete her senior season after it was cut short due to COVID-19. 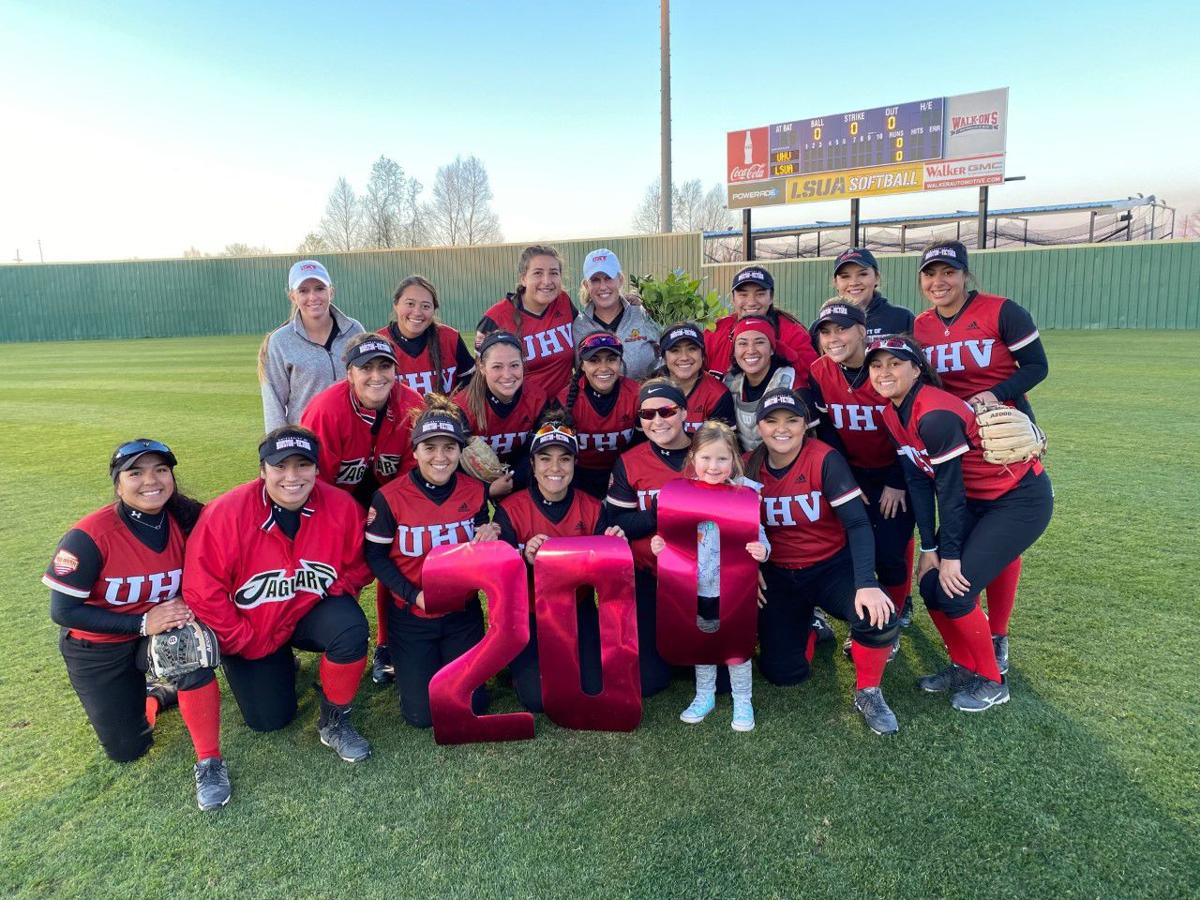 UHV’s Kelsey Tidrick winds up for a pitch during a game against Texas Southern at the Victoria Youth Sports Complex. Tidrick plans to return to complete her senior season after it was cut short due to COVID-19.

The cancellation of UHV’s softball season will always have Kelsey Tidrick wondering what could have been in 2020.

Tidrick, a Calhoun graduate, was hoping for a breakout senior season after coming off strong sophomore and junior campaigns in the circle.

“No one ever takes the saying, ‘Always play every game like it’s your last’ serious enough, and I now know the feeling of why you always should,” Tidrick said. “Softball has been my life, and I had big plans for my senior year. It really was the worst news when we found out it was canceled.”

The Red River Athletic Conference canceled the rest of spring sports because of COVID-19 on March 12 – four days after the Jaguars (9-10, 3-0) had played what turned out to be their final game – a 7-2 win over RV Central Methodist College at the Gulf Shores Tournament.

“I was devastated when we heard the news,” said UHV softball coach Lindsey Ortiz. “There are clearly bigger things at play here, and softball is small in the grand scheme of things. We had worked really hard as a group, and we were getting our feet under us. We were super disappointed to have it taken away.”

Tidrick was one of five seniors on the team and one of three, who decided to return to complete their senior season.

The NCAA and RRAC granted an extra year of eligibility for all senior athletes competing in spring sports.

“Thankfully, they have offered to give us an extra year of eligibility, and I gladly hopped on board with the idea,” Tidrick said. “Not only did I not get to have closure with the sport, but I just wasn’t done yet. Therefore, I decided to come back and play one more time in the 2020-2021 season.”

The Jaguars only played in 19 games, but one proved to be the highlight of the shortened season.

A 5-3 win over LSU-Alexandria in the Jaguars’ RRAC opener gave Ortiz her 200th win as head coach of the program.

The Jaguars, who were ranked No. 23, went on to sweep the three-game series.

“It was super fun,” Ortiz said. “LSU-A has always been a big rival, and we were playing them early in the year. We knew it was going to be a test but the kids played great. As much as I enjoyed it, several of those seniors have been there for half of those wins, and it’s a celebration for all of us. I’m glad it happened before we left, and hopefully it’s a step for next year.”

Ortiz was a member of the first UHV softball program in 2008, and after two years of playing, she became the Jaguars’ assistant coach in 2010 and took over as head coach in 2014.

“Playing for coach Ortiz over the last four years has been the best experience; physically and mentally,” Tidrick said. “I have grown so much over the years, and I have her to thank for that. I know her winning her 200th win meant so much to her, and I am glad I had the pleasure to share it with her.”

Ortiz said she’s continued to keep in contact with the team over the computer and by phone.

Her and the other coaches have met with each player weekly for mentoring and one-on-one sessions.

“The way everything happened was tough because the last time I saw the kids, they said we were going to take a three week break, and that’s when I found out everything was canceled,” Ortiz said. “I didn’t get to see them in person when it happened. It’s been tough because you care about the kids and you miss the kids.”

Tidrick is hoping the younger players will use this time as a learning experience.

No date has been set when players will be able to workout again, but Tidrick is hoping her teammates will stay ready.

“As a senior, my message to the team would be to literally play every game like it’s your last and always leave it all on the field,” she said. “You’ll forget when you make a bad play, but you won’t ever forget that one game winning play that put you out on top.”