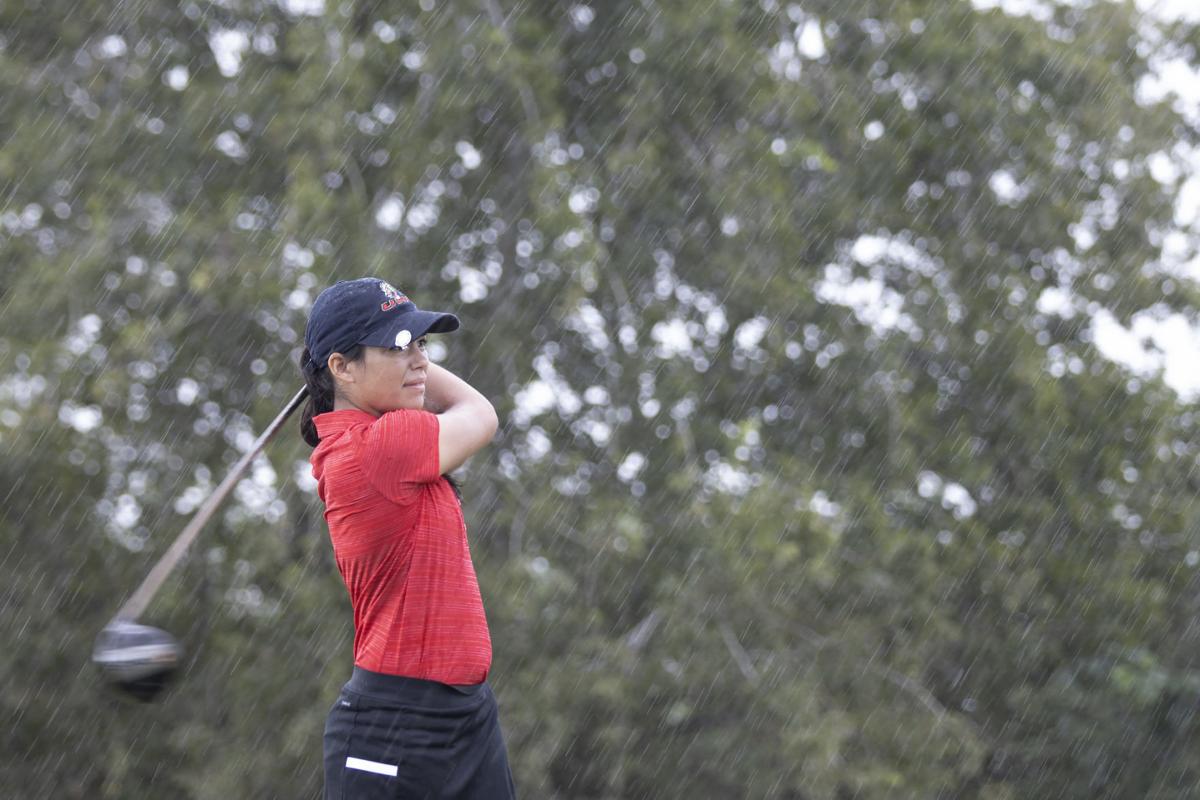 Mia Lerma, University of Houston-Victoria, tees off as heavy rain begins to fall during the second day of play in the UHV Fall Classic at The Club at Colony Creek. 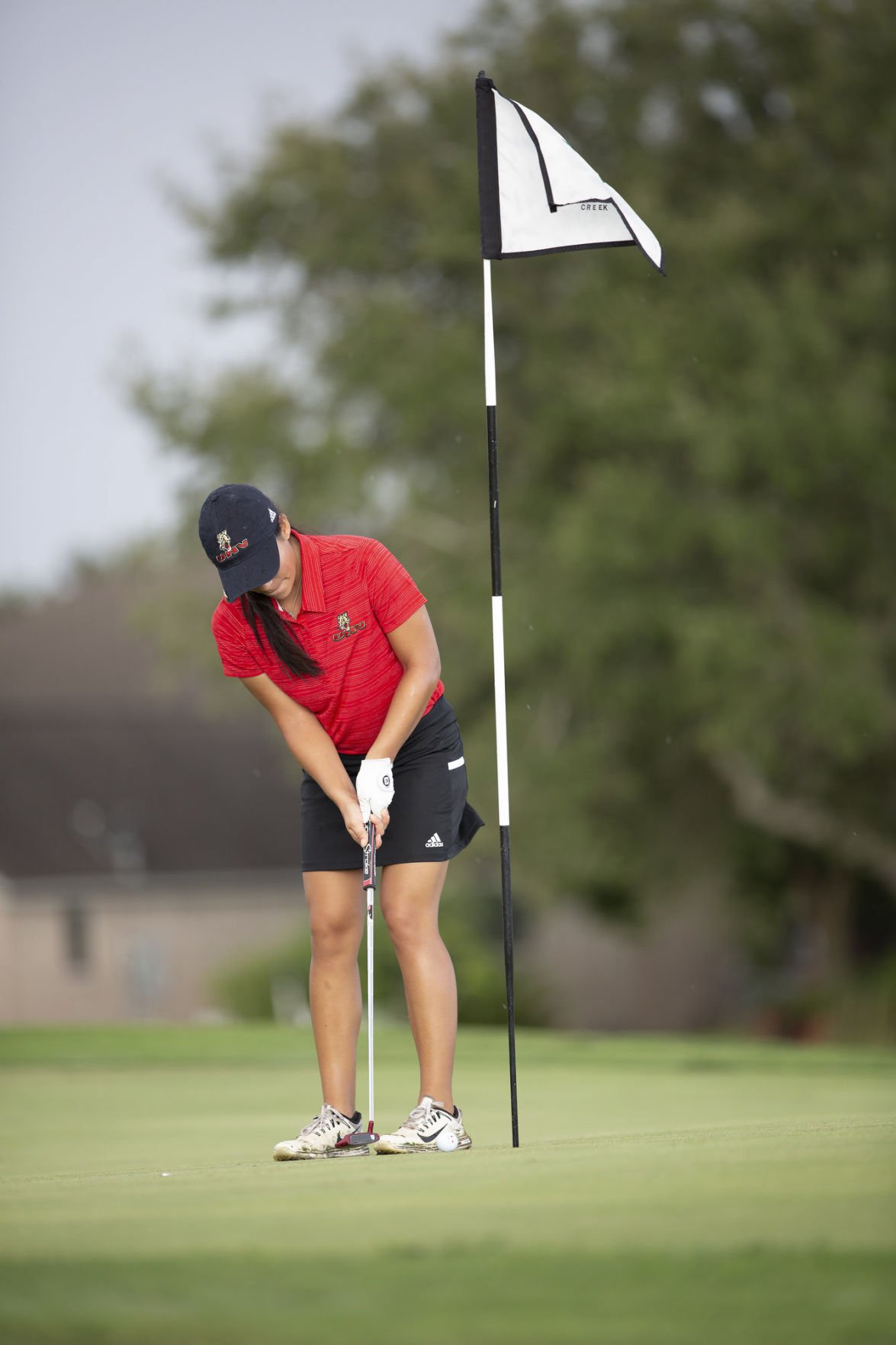 Mia Lerma, University of Houston-Victoria, sinks a short putt during the second day of play in the UHV Fall Classic at The Club at Colony Creek.

Mia Lerma, University of Houston-Victoria, tees off as heavy rain begins to fall during the second day of play in the UHV Fall Classic at The Club at Colony Creek.

Mia Lerma, University of Houston-Victoria, sinks a short putt during the second day of play in the UHV Fall Classic at The Club at Colony Creek.

Sisters Leah and Mia Lerma were unaware of the historical significance when UHV women’s golf won the A.i.i conference title.

Not only was it the Jaguars’ first championship in program history, but it also secured their second trip to the NAIA National Championships and first since 2015.

It made it that more exciting for the Lermas to do it together as a team.

“I had no idea before going in that the girls hadn’t won before,” Leah Lerma said. “I knew they had went to nationals but I didn’t realize they hadn’t won. So definitely after the fact, realizing it was a big surprise and I was very excited to do that for the school.”

The two sisters from Mission were the second and third place finishers at the conference tournament.

UHV won the team title shooting 643 against second place University of the Southwest’s 731.

“We knew we had a really good chance of getting first, so we just wanted to make sure we played our best,” Mia Lerma said. “We stayed in the lead the first day and the second day we started to play our best scores we’ve had all year. I’m really proud we were able to peak at the right time.”

UHV had struggled in April but had played well in March, finishing third at the Claude Jacobs Collegiate Invitational and winning the TSU Hank Stewart Collegiate.

The Jaguars benefited from hosting the conference tournament at the Victoria Country Club, but now they will have to travel to Rose Creek Golf Course in Oklahoma City with the championship starting Tuesday and ending Friday.

“We’ve been playing a lot of rounds and playing at both of the golf courses,” Leah Lerma said. “Getting the different environments. Going to Oklahoma at this course it’s the one that we haven’t played at before, and it’s supposed to be a tough cut so we’re going to see how we’re going to play when we get over there.”

UHV tees off at 1:54 p.m. Tuesday and will be grouped with Marian, Bellevue, Park, Cumberland TN, and William Woods to start the championships.

Interim head coach Garrett Adair has encouraged the Jaguars to enjoy the moment of going to nationals, but also not to get caught up in it.

“It’s a big thing and nerves can really kick in, which are good, but go out there and do what we’ve been doing all year and try to treat it like a normal tournament, which will be hard cause it’s a big tournament,” Adair said. “The biggest hurdle is just getting over the idea of being at a national championship and trying not to get too hyped up. Just keeping the nerves in check and doing what we did all year and just stay patient and let our hard work do the work.”