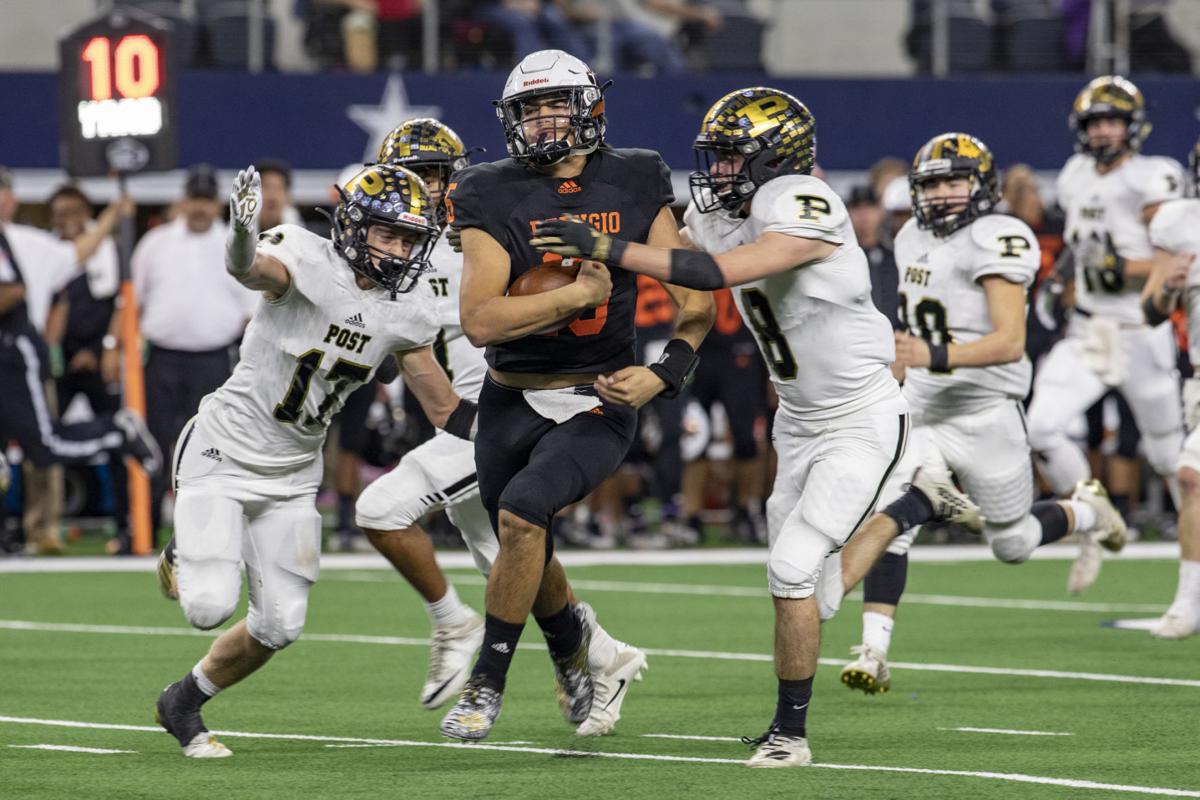 Refugio quarterback Austin Ochoa powers past defenders during the Class 2A, Div. I state final against Post. 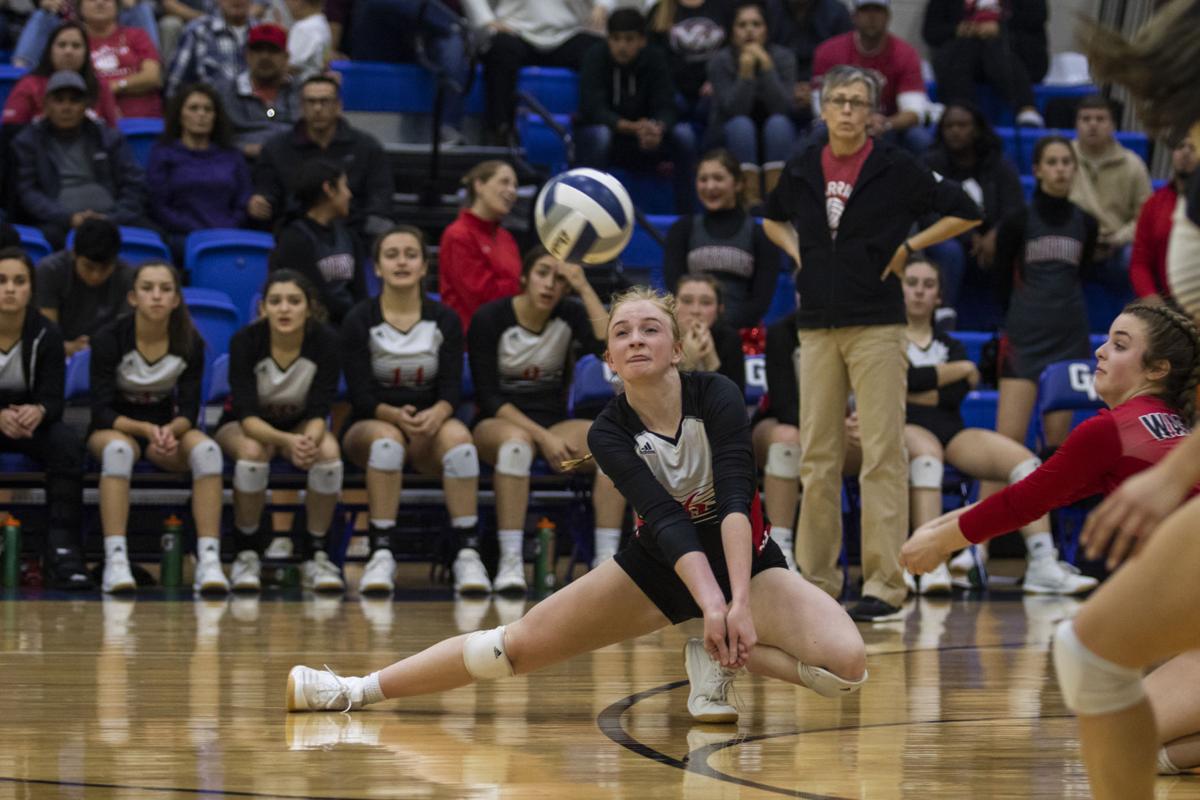 Victoria West’s Piper Kallman dives for a dig in the Warriors’ Class 5A regional quarterfinal game against Gregory-Portland at George West High School. 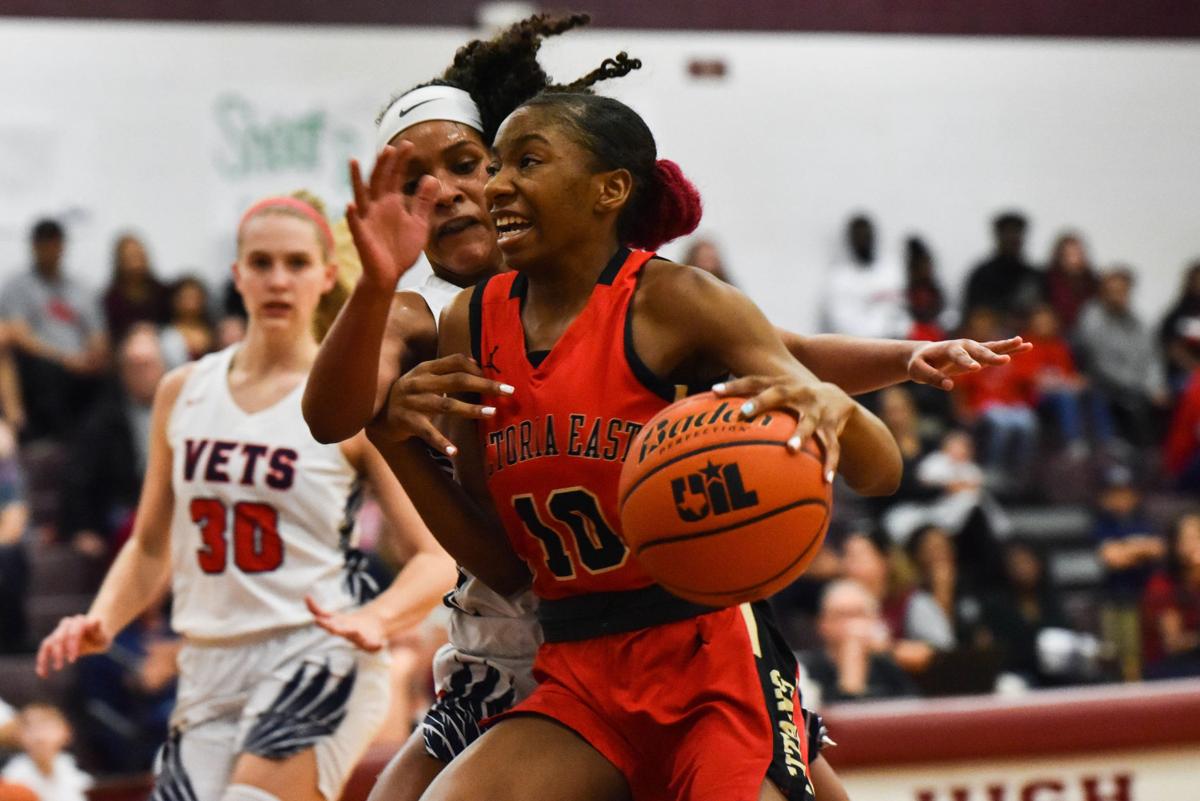 Victoria East’s Giani Wimbish-Gay fights for a layup in the first quarter of a Class 5A regional quarterfinal game against Corpus Christi Veterans Memorial in Sinton.

Refugio quarterback Austin Ochoa powers past defenders during the Class 2A, Div. I state final against Post.

Victoria West’s Piper Kallman dives for a dig in the Warriors’ Class 5A regional quarterfinal game against Gregory-Portland at George West High School.

Victoria East’s Giani Wimbish-Gay fights for a layup in the first quarter of a Class 5A regional quarterfinal game against Corpus Christi Veterans Memorial in Sinton.

The UIL released guidelines for extracurricular activities in the upcoming school year Tuesday, and they include different start dates for larger and smaller schools.

The UIL also issued protocol for moving ahead during the COVID-19 pandemic.

Schools in Class 4A and below will begin practices Aug. 3, while Class 5A and 6A schools won’t start until Sept. 7.

In addition, state champions in football and volleyball for larger and smaller schools will be crowned at different times.

The volleyball state championships for the smaller schools will be Nov. 18-21, and Dec. 11-12 for the larger schools.

The football state championships will be Dec. 16-19 for the smaller schools, and an undetermined date in January for the larger schools.

“We’ve been since Day 1, planning for next month,” said VISD Athletic Director Spencer Gantt. “It hasn’t failed yet, when we get to that point, OK scratch that now we’ve got to plan for something else. Just right here, with what these guidelines say, we’re planning for Sept. 7.”

“It is what it is,” said Victoria West volleyball coach Alysia Hill. “Of course it’s a disappointment that everything’s shortened, but the silver lining is that we have a schedule. We get to play, and those seniors will have a chance to get on the court for their final season. I’m just very thankful that they will have that opportunity.”

The UIL expanded on its safety protocol that it released earlier this month for summer strength and conditioning drills. Guidelines are included for travel and spectators at events.

“It’s all kind of morphed and evolved and we’re already doing most of it,” said Refugio athletic director and head football coach Jason Herring. “But we’ll double and triple check and follow it to a ‘T’ and even try to expand on it every chance we get.”

The UIL’s decision to stay with the original start date for the smaller classifications came as a surprise to some coaches, who were expecting a delay.

“It’s kind of like realignment,” Herring said. “Every time I think I can predict what’s going to happen, I completely miss it. I am surprised. I was thinking they might push back everybody. I hadn’t thought about everybody with the big schools and the bigger populations and more kids and just the numbers within their cities. Obviously, somebody’s thought this out and thinks that it’s the best.”

The schedules for Victoria West and Victoria East and the schools in Corpus Christi are likely to change after having all face-to-face activities shut down until Sept. 7.

“There’s definitely some obstacles to figure out and how we’re going to get over them and that kind of stuff,” he said. “It will be a process.”

“To me, that’s going to be the biggest challenge football wise,” Dixon said. “Keeping up and maintaining your mask when you’re coming out of the game, like you’re on the sideline for a play or two. Like volleyball will be the most simple. When you’re going to sit on the bench, you’re masked.”

Athletic directors were scrambling to rework their schedules after the guidelines were released.

Calhoun had games scheduled with Bryan Rudder, Houston Second Baptist and Stafford that will have to be reworked or replaced.

Calhoun athletic director and head football coach Richard Whitaker was looking into the possibility of playing games on days other than Friday.

“It’s exciting, but we’ve got to get games on the schedule,” he said. “I’m trying to get the schedule set up. We could have a Saturday and Monday game.”

Coaches are mostly thankful to have a start date after months of speculation.

“Now, the work begins,” Alvarez said. “I guess my No. 2 reaction would be we got a date and so now we got to start informing people and teaching people what the new normal is here. Whatever we’ve got to do, we need to do a great job of teaching our kids, our parents and our community what were doing.”

But the last few months have taught coaches that nothing can be taken for granted.

“I’m going to tell my kids to be happy right now,” Dixon added, “but also know that it can be taken away at any time.”

The UIL also announced guidelines for the upcoming basketball season.

The biggest change is teams are not allowed to play in tournaments or showcases.

The regional tournament will be replaced by regional semifinal and regional final games. The state tournament is still scheduled.

“At this point, it’s a trying time,” said Victoria East girls head basketball coach Yulonda Wimbish-North. “It is what it is. We’re in a pandemic so this is the result of it. I'm not really feeling upset about anything because this is something way out of our control. We’re just going to roll with it and do the best we can.”

Below is the new UIL fall schedule. 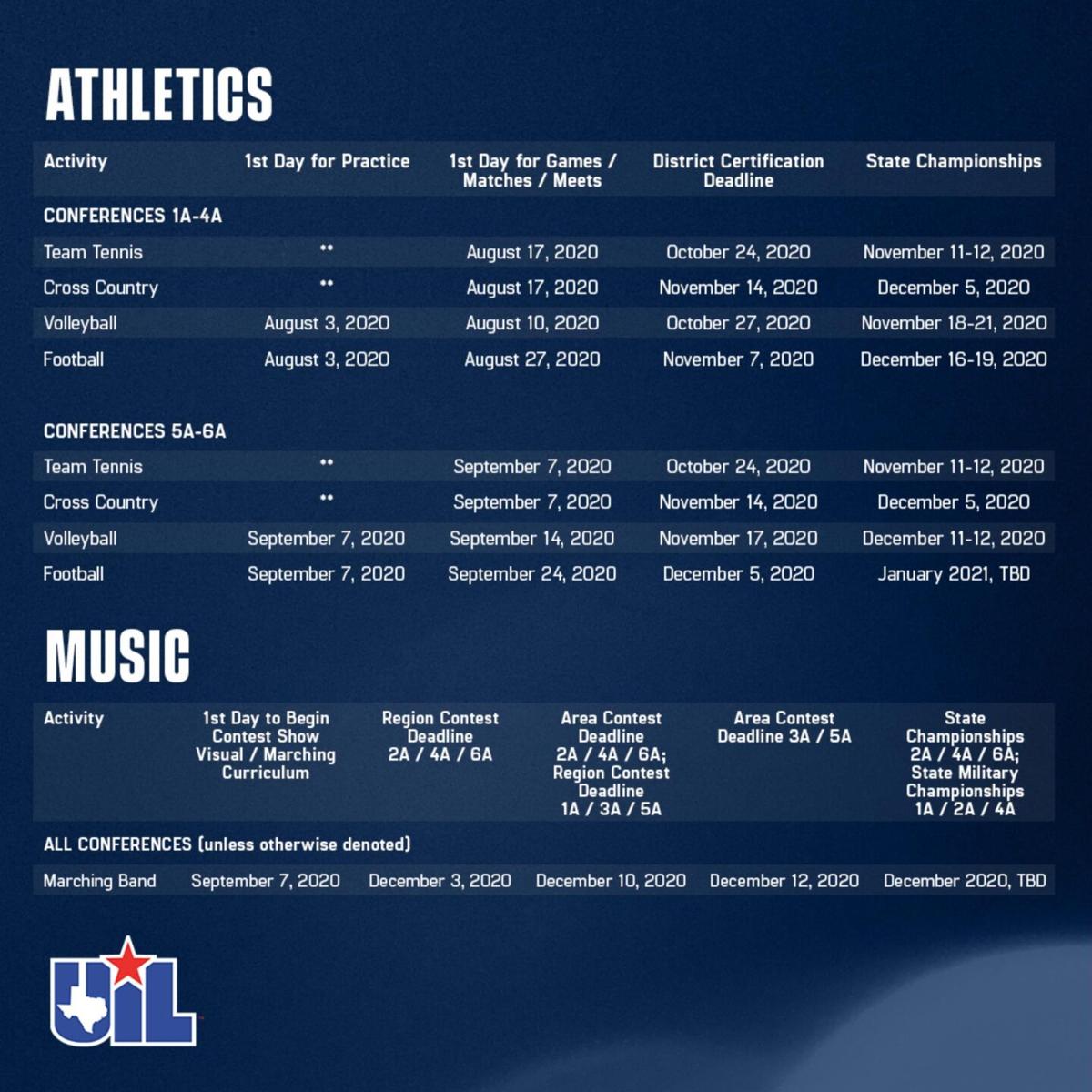