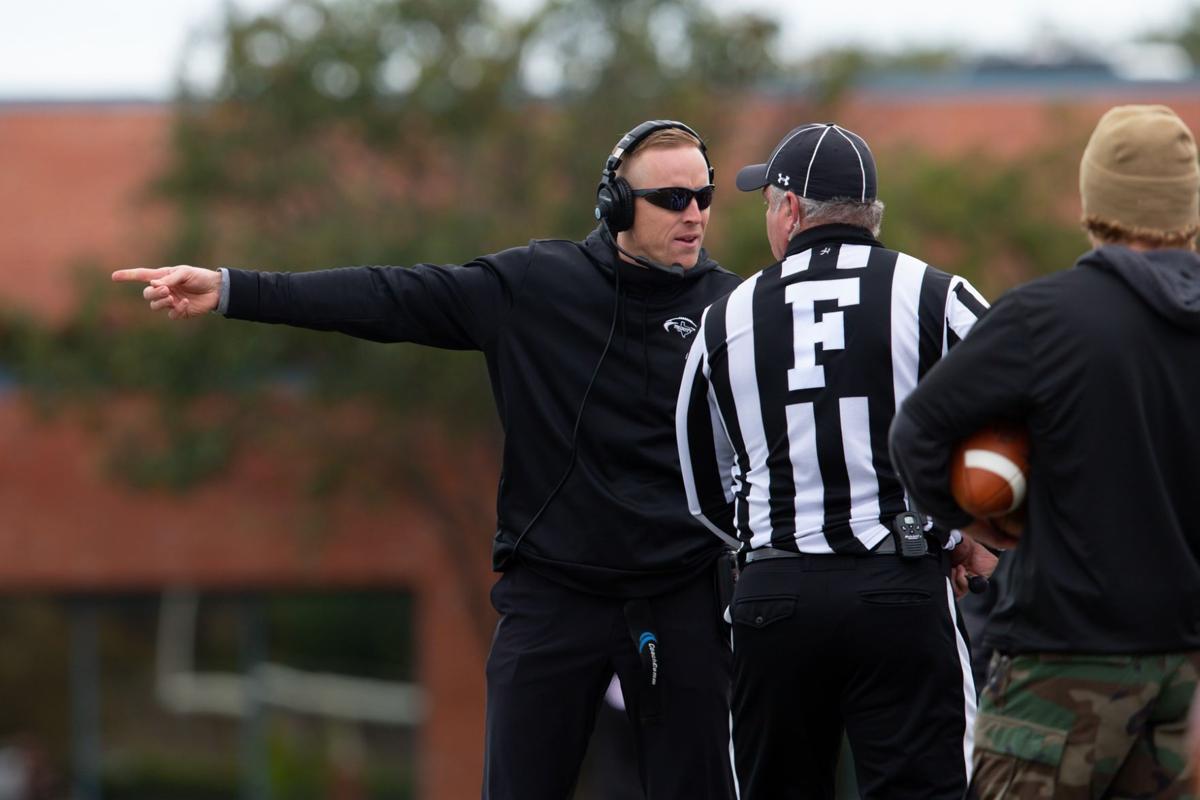 Jerheme Urban, left, will be recognized with his induction into the Trinity University Athletic Hall of Fame in October. 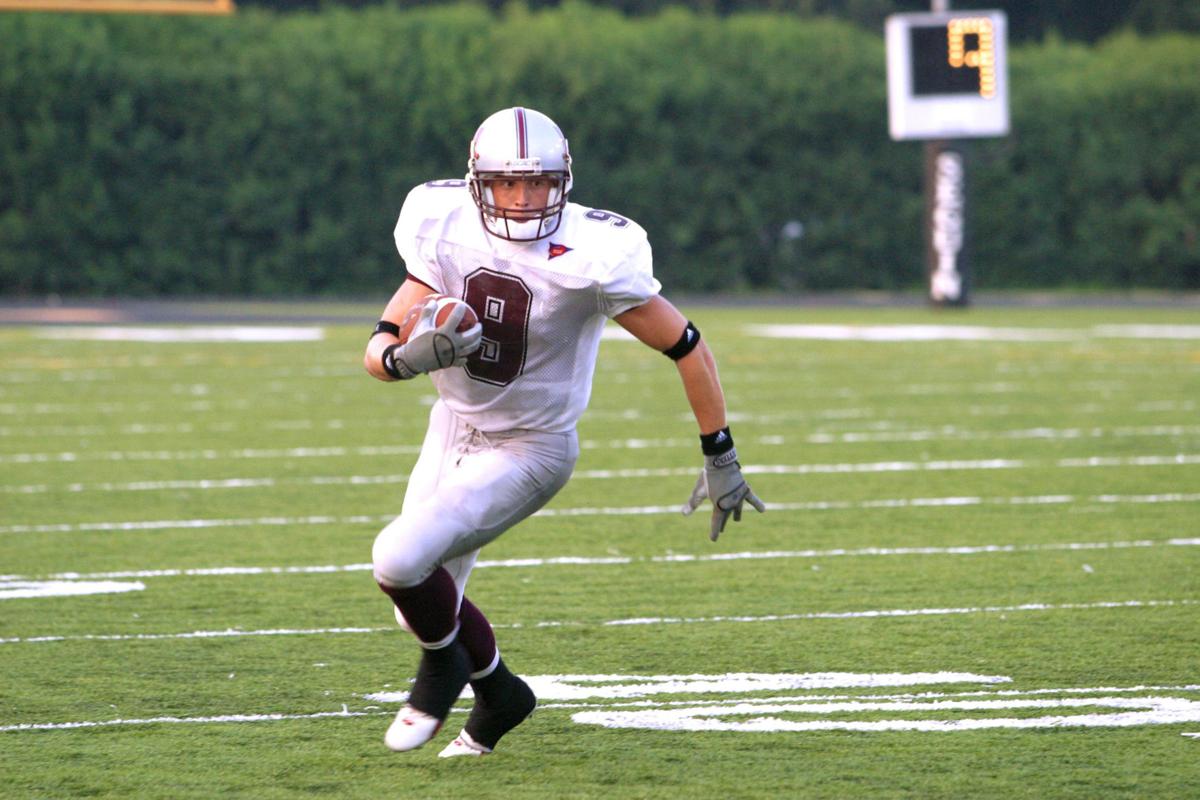 Jerheme Urban graduated from Stroman High School in 1999 and won a NCAA Division III national championship at Trinity in 2002. 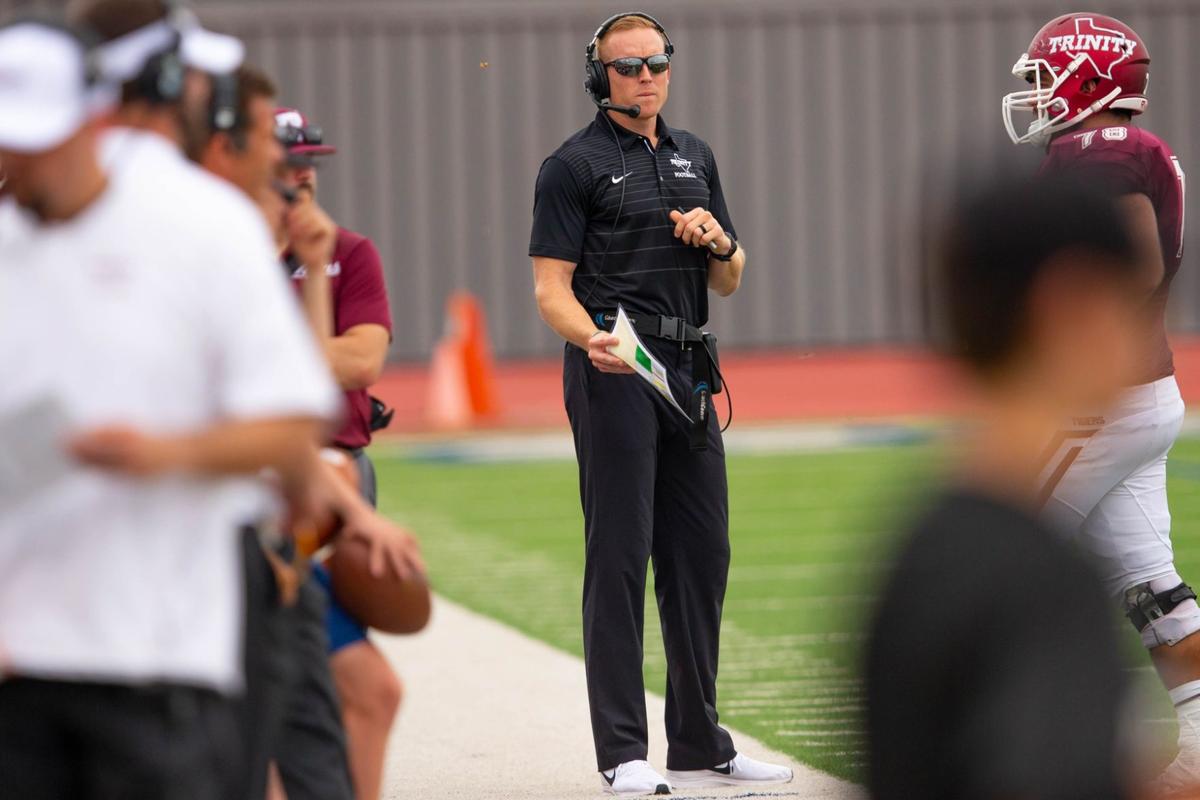 Jerheme Urban will be recognized with his induction into the Trinity University Athletic Hall of Fame.

Jerheme Urban, left, will be recognized with his induction into the Trinity University Athletic Hall of Fame in October.

Jerheme Urban graduated from Stroman High School in 1999 and won a NCAA Division III national championship at Trinity in 2002.

Jerheme Urban will be recognized with his induction into the Trinity University Athletic Hall of Fame.

Jerheme Urban was certain the Trinity experience would be right for him.

Urban now attempts to convince high school prospects the same can be true for them.

“I wanted to play college football, I wanted to fly around the country, and I wanted to get a degree,” Urban said. “Trinity allowed me to do all those things.”

Urban, 38, has spent over half his life on the San Antonio campus as a student-athlete, as an NFL player working out in the offseason and as an assistant coach before becoming the head football coach.

His dedication to the school and its athletic program will be recognized with his induction into the Trinity University Athletic Hall of Fame.

Induction ceremonies will be Oct. 5 during halftime of Trinity’s Southern Athletic Association game against Austin College.

“It really, really is special to me,” said Urban, who met his wife Emily at Trinity. “This fall will be 20 years. I came here in the fall of 1999 and I never left.”

Urban describes his decision to attend Trinity as “kind of a perfect storm” that occurred during his senior year of high school at Stroman in Victoria.

Stroman head football coach Tal Elliott passed on a questionnaire to Urban from Trinity coach Steve Mohr, which was directed at athletes who also excelled in the classroom.

Urban was discussing his options with Stroman counselor Janet Kobza, when principal Ray Macias, who was from San Antonio, overheard the conversation and extolled the virtues of attending Trinity.

Urban had considered walking on at Rice, but after visiting the Trinity campus, realized the school was the perfect fit.

“The quarterbacks coach at Rice (David Lee) told me if I wanted to come to Rice and walk on, they could make that happen,” Urban said. “But they didn’t throw the football under coach (Ken) Hatfield. I could play receiver and they might throw the ball three times a game, and I should really look at this place in San Antonio called Trinity University.

“They threw the ball around and he thought what they did offensively could really suit my skills,” he added. “Obviously, he knew that I wanted a high-academic experience and he supported the Trinity education as well.”

Urban was recruited as a quarterback, but moved to receiver after breaking his left hand as a freshman.

He became a three-time all-conference performer and received All-American honors in 2002 when he helped lead the Tigers to the NCAA Division III national championship, while earning a social studies composite degree with a focus in history.

Urban continues to hold seven of the nine records he broke during his Trinity career, which includes total touchdowns scored and career receiving touchdowns.

Urban also captured 16 conference championships in track and field and became the first person in conference history to be named Male Athlete of the Year for four consecutive years.

Urban hadn’t been recruited to Trinity for track and field and his career began after a conversation with team member Tom Pillow, who was in the same country and western dance class.

“He was talking about how he ran track and I told him how I used to run track in high school,” Urban said. “He started asking me what I ran and what my times were. I was telling him. He immediately walked me down to the track coach and said, ‘If he’s telling the truth, he can help us.’ I don’t think he really believed my times. We joke about that to this day. Our track coach at the time was Johnny Gonzales and he said, ‘If you want to give it a go, come on out.’”

Urban wasn’t drafted after his senior year, but he signed as a free agent with the Seattle Seahawks.

“I tell kids at camps and speaking engagements all the time that I feel like my upbringing on the ranch definitely was a major part of me getting the opportunity to play after college at the Division III level,” he said. “When you rely on agriculture, you have to work hard and you have to do certain things with the hopes of having to pay off with no guarantee of anything paying off down the road if you don’t get rain or cow prices fall, you’re not going to get paid but you still have to do the work on the front end.

“My sophomore and junior year, I just really worked hard with that same mentality, knowing that there’s no guarantee that it would come to fruition, but I was going to give it a shot. My senior year, some scouts came out and during the playoffs is when it really started to become a real possibility.”

Urban went on to play in the NFL for nine years, including an appearance in the 2008 Super Bowl with the Arizona Cardinals. He finished his career with 91 receptions for 1,266 yards and eight touchdowns.

Urban, who conducted football camps free of charge in Victoria during his time in the NFL, returned to Trinity after ending his playing career to become an assistant coach under Mohr.

He took over as the head coach when Mohr retired after the 2013 season, and has a 30-20 record over the past five seasons.

“For nine years in the offseason we’d come back here because this was home base,” he said. “I’d train at Trinity when the offseason started. I was always finding time to be at Trinity. I knew I wanted to coach and to be a part of the program.”

Urban is proud of what he has achieved at Trinity and gives much of the credit to his father, Wayne, late mother, Rhonda, sister Molly and brother Caleb.

“To me this is a family award,” he said. “My parents sacrificed deeply for me to go to Trinity and they encouraged me.

“The sacrifice my dad made the summer before my senior year when things were tight monetarily. He told me to put all my energy into my training that summer and not have to worry about valeting cars or running here or there and to get the sleep I needed and to work out hard so I could have a senior season. It was a full group effort.”