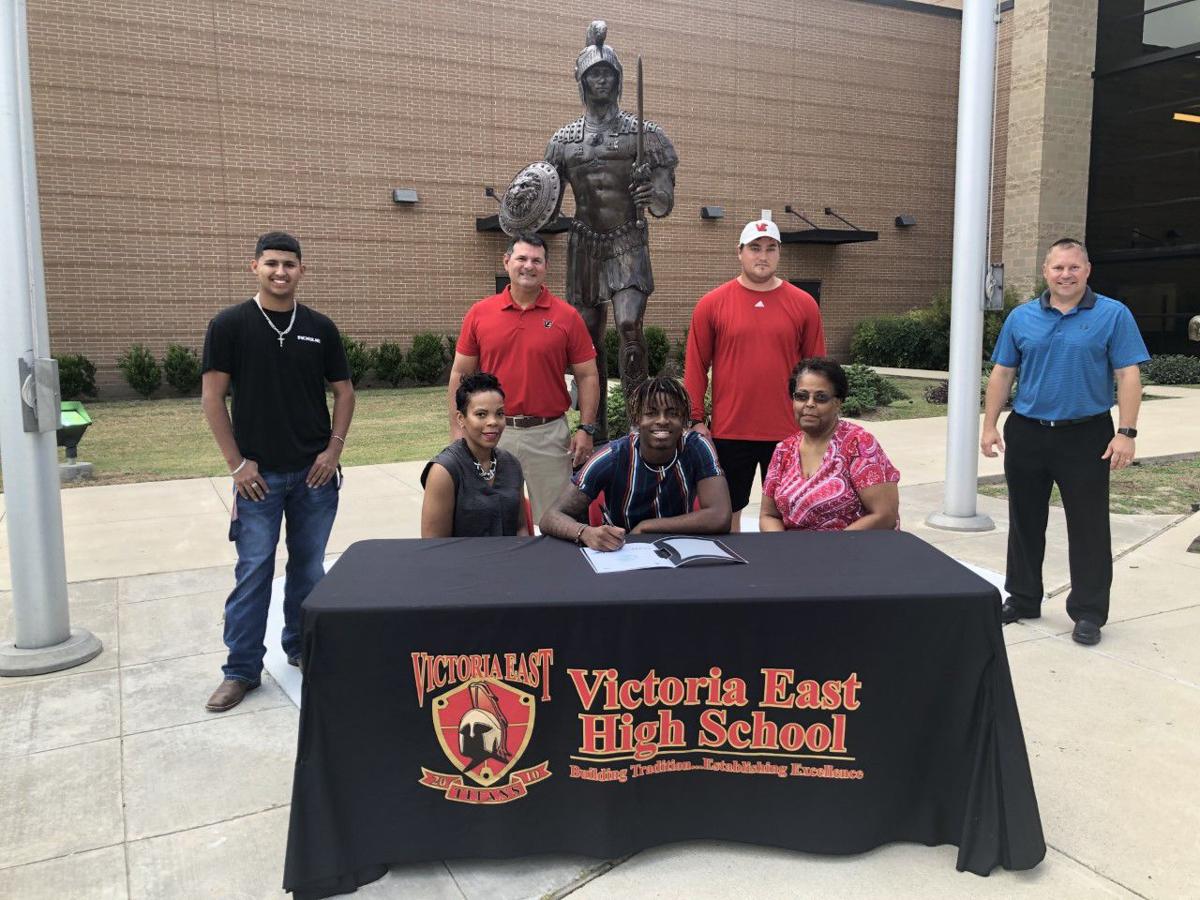 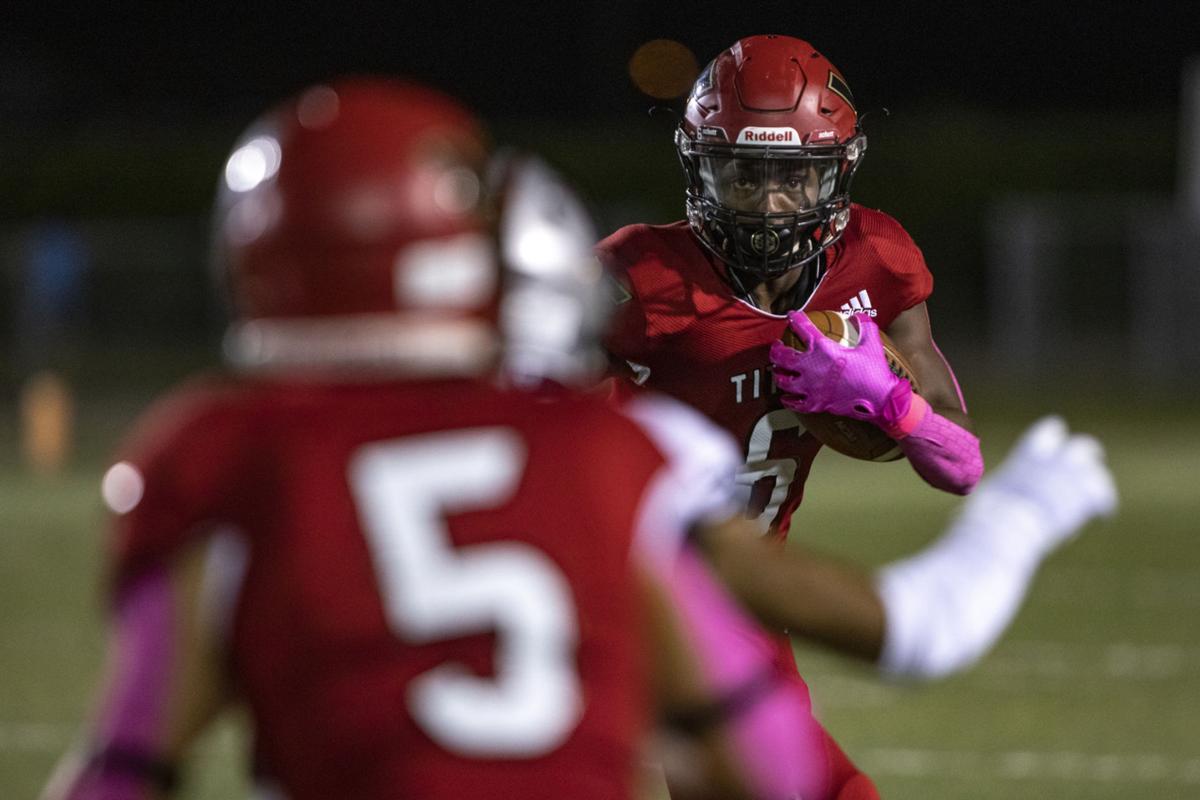 Koby Levigne only played two varsity seasons at Victoria East, but his play-making abilities were enough to capture the attention of his teammates and coaches.

“He’s a program player, he’s a dedicated player and has been a great leader for our guys,” said Victoria East coach Roland Gonzalez. “He’s always been a tough individual and a great young man.”

Levigne graduated from East earlier this month, but he plans to continue his football career 1,300 miles away from home at Division III Concordia University Wisconsin.

Levigne made his commitment official in front of family, friends and coaches at the high school Monday morning.

Other schools had shown interested in Levigne, but Concordia’s medical program was unmatched in helping him get a head start with his education.

“They have a good medical program, and they gave me an offer I didn’t want to turn down,” said Levigne, who plans to major in pre-medicine. “They have a mock medical facility and since I want to go into cardiology, I figured having those resources could give me a jump start.”

Levigne enjoyed a playoff run with the Titans in 2018 and capped off his high school career with a 20-yard touchdown reception in a 48-35 win over Corpus Christi Moody.

He played wide receiver and defensive back at East and plans to carry over his success into his freshman campaign with the Falcons.

“I can add the skillset of a swiss army knife,” Levigne said. “I can do multiple things and play both ways. I’m not a one-sided player - I can play special teams and play wherever the team needs me.”

East offensive coordinator Luke Walters feels Levigne has all the tools to be successful at the college level.

Walters joined the Titans’ coaching staff last season as the receivers coach and immediately noticed his talent on both sides of the ball.

“The biggest thing colleges look at is kids who show up to weights and practice every morning and guys you can depend on,” Walters said. “Koby is a kid you never have to worry about. He is always the first one there and does things the right way.

“Skills wise, he has all the capabilities of a college slot receiver. His quickness, the way he moves and returns punts — he does all the things that will help him transition into the next level.”

Levigne plans to continue playing as a slot receiver and at defensive back for the Falcons.

He hopes his dedication to the game and offseason workouts will contribute to the program’s success.

“I feel like I can adapt well,” he said. “This will be another challenge I will have to overcome, and it makes me want to work harder. The harder I work, the more I will achieve.”