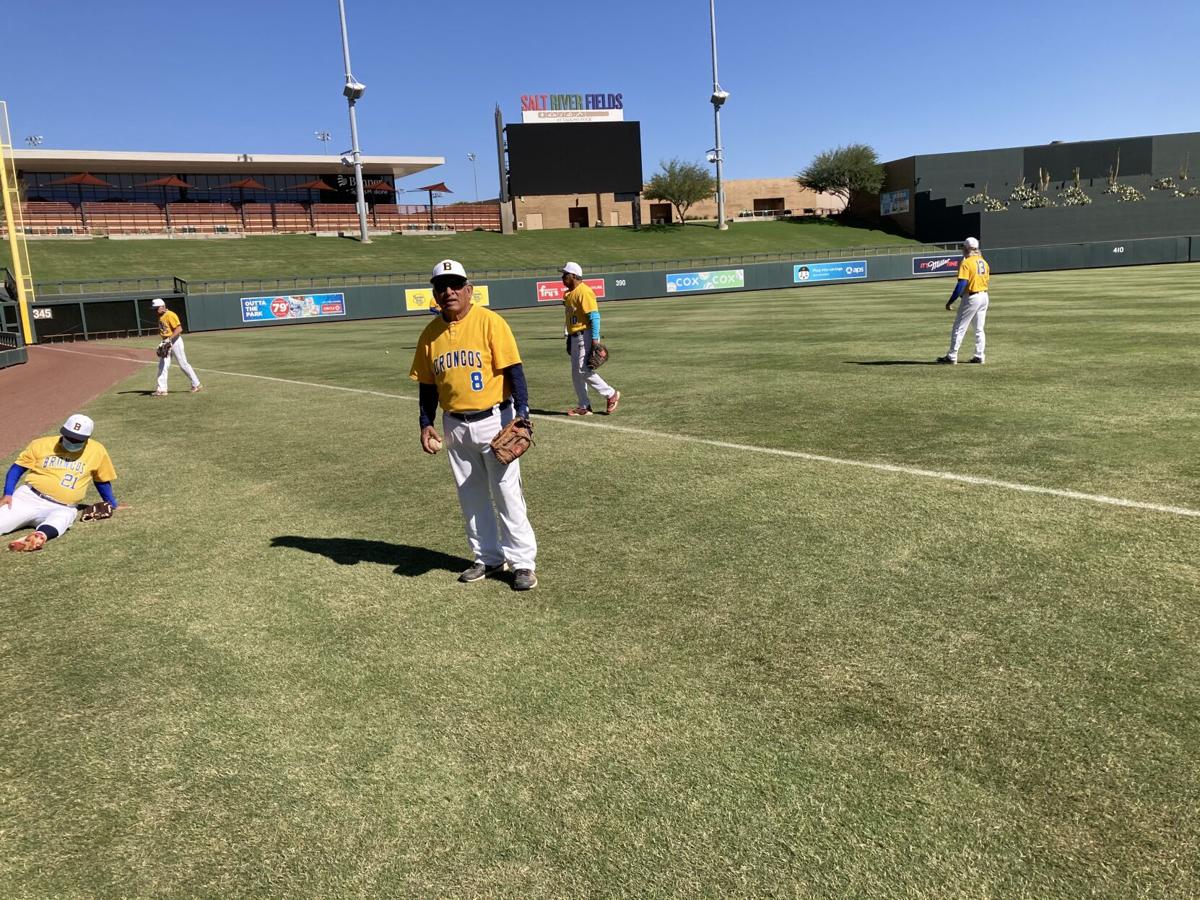 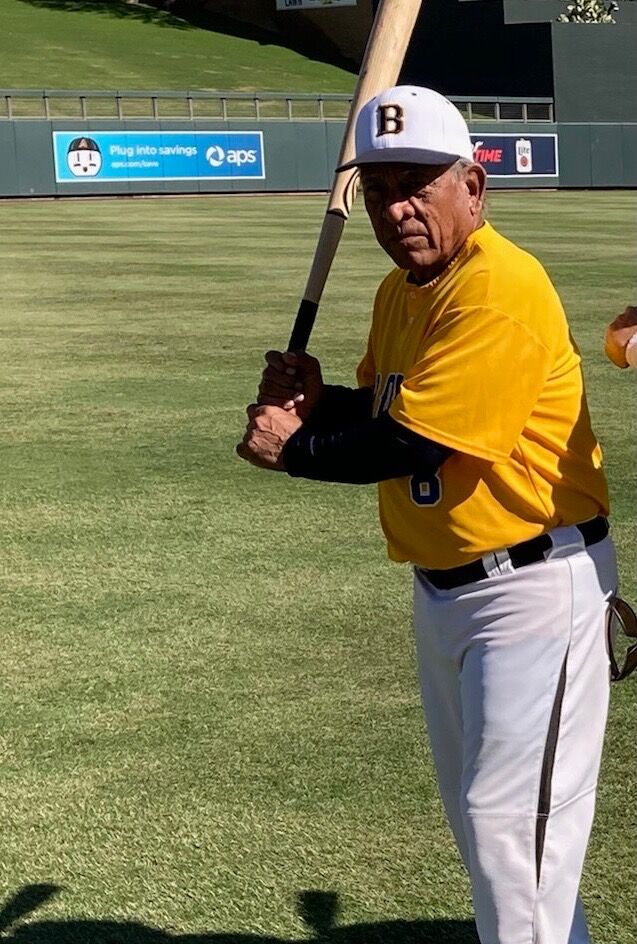 Joe Floes had five hits in one game during the Men’s Senior Baseball League Tournament.

Joe Floes had five hits in one game during the Men’s Senior Baseball League Tournament.

Joe Flores was excited to get the opportunity to play baseball again.

But he didn’t have to wait long to find out it wasn’t the same.

“I caught so many ground balls,” Flores said, “that my arm hurt for four days.”

Flores, 74, had good reason to be sore, considering he was playing baseball for the first time in 50 years.

“It turned out to be a great tournament,” Flores said. “It was a great experience to do this baseball deal.”

Flores played baseball growing up for the McFaddin Ranch team, he was on the varsity for three seasons at Victoria High, and played one season at Pan American University before entering the Air Force, where he was a member of the baseball and softball teams.

Flores concentrated mostly on softball after leaving the service. He has been a starter on teams that have won 16 national or world championships and has been selected all-American or all-World 21 times.

The manager of the Broncos had seen Flores play softball. He first attempted to get Flores to join the Broncos, who include players from around the U.S. and Mexico, in 2019.

Flores initially turned him down before relenting last year.

Playing baseball for the first time in five decades was not Flores’ only concern.

He also was worried about the COVID-19 pandemic. But after some thought, he decided to fly to Phoenix for the tournament.

The tournament included a few rule changes because of the players’ ages.

Runners could not be thrown out at first base on balls hit on the ground to the outfield. Stealing second base was not allowed, although players could take as large of a lead as they desired.

Flores started at shortstop and went 5 for 6 with two doubles in one game.

“You’re used to playing softball and the throw is not that hard,” he said. “But then you’re playing baseball and I had to bounce a couple of balls to first base. I had to play on the edge of grass, get the ball on one bounce to first base.”

The Broncos compiled a 7-1 record and lost in the championship game before Flores flew home.

Flores won’t rule out playing in the 75-year-old division at this year’s tournament, but would alter his travel plans.

“I would consider it,” he said. “Hopefully, they have this virus under control by October. But I will be driving. I don’t think I’ll take another chance at flying.”