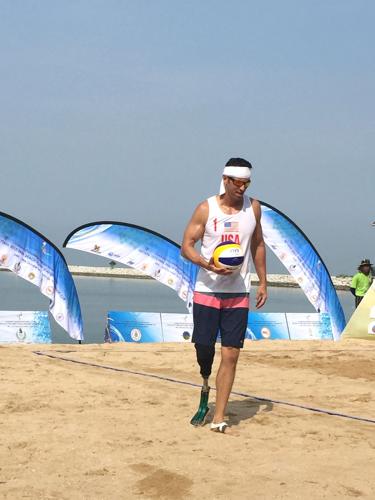 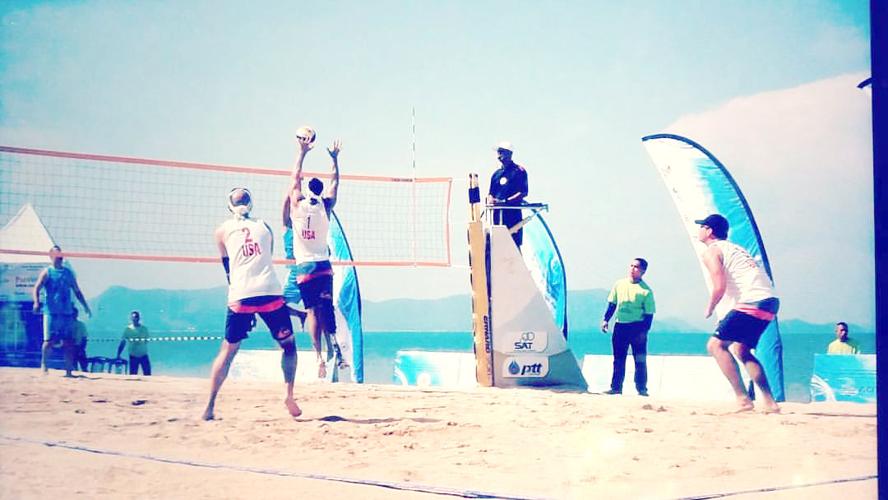 Chris Seilkop blocks an attack for USA Volleyball's first three-man international beach team in the Pattaya Para Beach Volley Standing Challenge Cup in Thailand in late October. Seilkop, the CEO for the YMCA of the Golden Crescent, and his team won the silver medal. 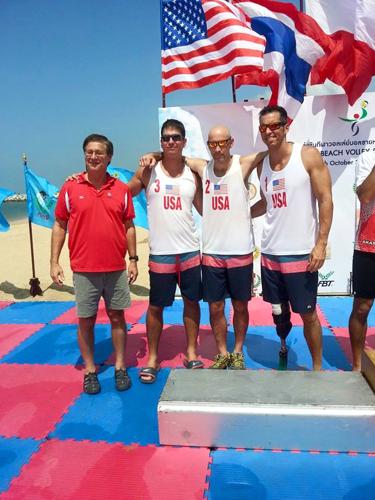 Chris Seilkop blocks an attack for USA Volleyball's first three-man international beach team in the Pattaya Para Beach Volley Standing Challenge Cup in Thailand in late October. Seilkop, the CEO for the YMCA of the Golden Crescent, and his team won the silver medal.

Team USA, composed of Seilkop, Eric Duda and David Newkirk, fell to Poland 21-19, 22-20 in the tournament's championship. Neither team trailed by more than three points in either of the two sets. Germany earned bronze, beating Thailand's A team in the consolation game.

"We did as well as we expected," Seilkop said. "Even though we didn't win it, we were pleased with our results."

On top of the competition, Team USA had to battle extremely hot weather conditions, as the heat index rose as high as 104 degrees by 10 a.m.

After struggling to beat Kazakhstan in three sets in the first day of the group stage, a tired USA team was trounced by Poland later in the afternoon.

It was then that Seilkop, 45, suggested a change to help him conserve energy. Team USA moved Seilkop to the outside when they were receiving serves and allowed Duda and Newkirk to set each other. After serves, Seilkop would return to help block and set on defense.

"What it did was it saved me from having to run around on serve receive," said Seilkop, who also serves as the CEO for the YMCA of the Golden Crescent. "Plus it gave us another option outside. I actually had a good number of kills on the outside."

The adjustment was successful, as Team USA advanced out of the group stage before beating Germany to set up the championship match against Poland.