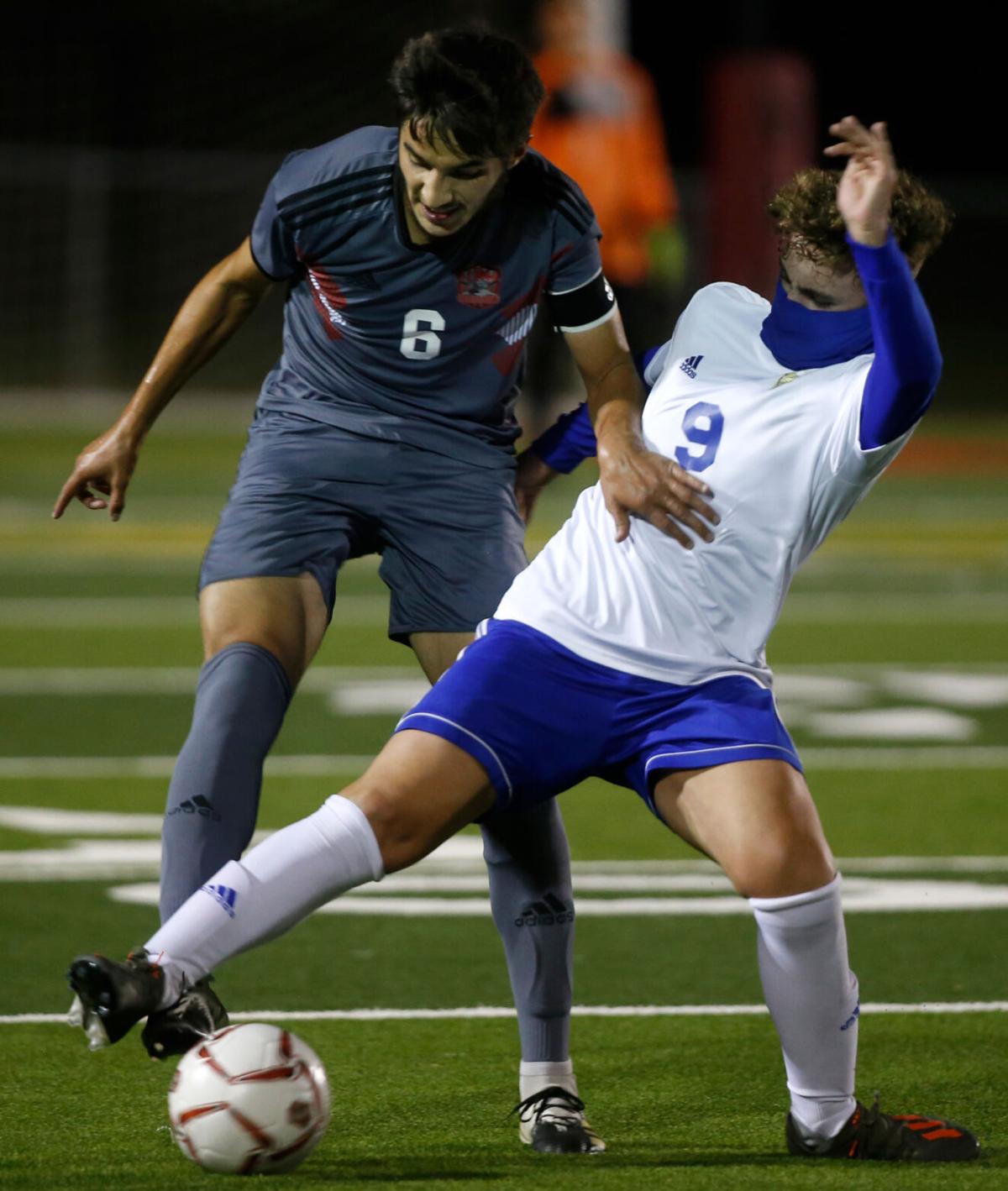 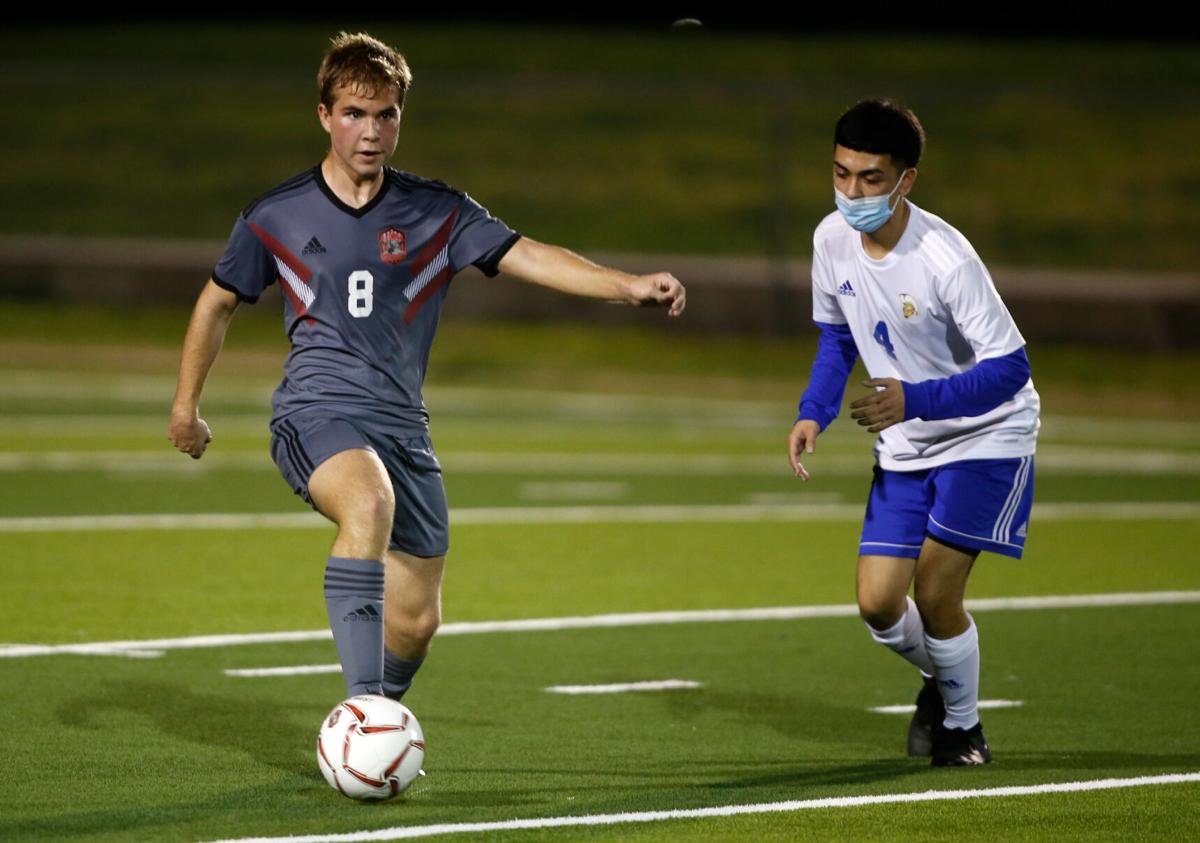 Victoria West's Colin Prejean holds on to the ball during Friday's District 29-5A game against Corpus Christi Moody at Victoria Memorial Stadium.

Victoria West's Colin Prejean holds on to the ball during Friday's District 29-5A game against Corpus Christi Moody at Victoria Memorial Stadium.

Trevor Seerden knew that he would need to become a more vocal leader this year.

After Victoria West graduated a number of seniors, Seerdan has stepped up in his third year as the team's goalkeeper.

"It really came down to just learning how to talk better with the defense," Seerdan said. "We aren't a team without our core players, we have Damian Rojas at centerback and he's a guy that helps a lot. Damian and I are able to communicate really well and it just came down to using my voice more and being more confident with everyone."

Seerdan and West played to a 0-0 tie in their first District 29-5A match Friday night at Memorial Stadium.

It was a defensive struggle for throughout. Both teams had chances to open the scoring, but missed shots and good plays from both goalkeepers kept the teams at zero.

"Obviously, we wanted the win," said Rojas, a senior. "We fought and we got the point which is good. We had to make sure we didn't come out with nothing and we did that."

The Warriors weren't pleased with the tie. West knows it will have to continue improving throughout district play.

"You have to give Moody a lot of credit," said West head coach Hazael Avila. "I feel like they might have outplayed us, and I think they had more chances than we did. We didn't play the style of soccer that we are trying to do tonight. It was out of our comfort zone and hectic and I think that hurt us."

Avila was happy the Warriors were able to hold Moody scoreless.

"Trevor's done a great job, he's learned and improved year by year and I know that we can count on him," Avila said. "I think we did fairly well defensively, there were just some slight breakdowns. But when they got space and opportunities Trevor did his job and kept the ball out."

West will play at Corpus Christi Carroll on Tuesday before taking on Victoria East on Friday.

"I really think it just comes down to fixing up little things and tightening up our play," Seerden said. "Obviously,  we're not a bad team, I think we are a great team, we just have to figure out the right way to play."