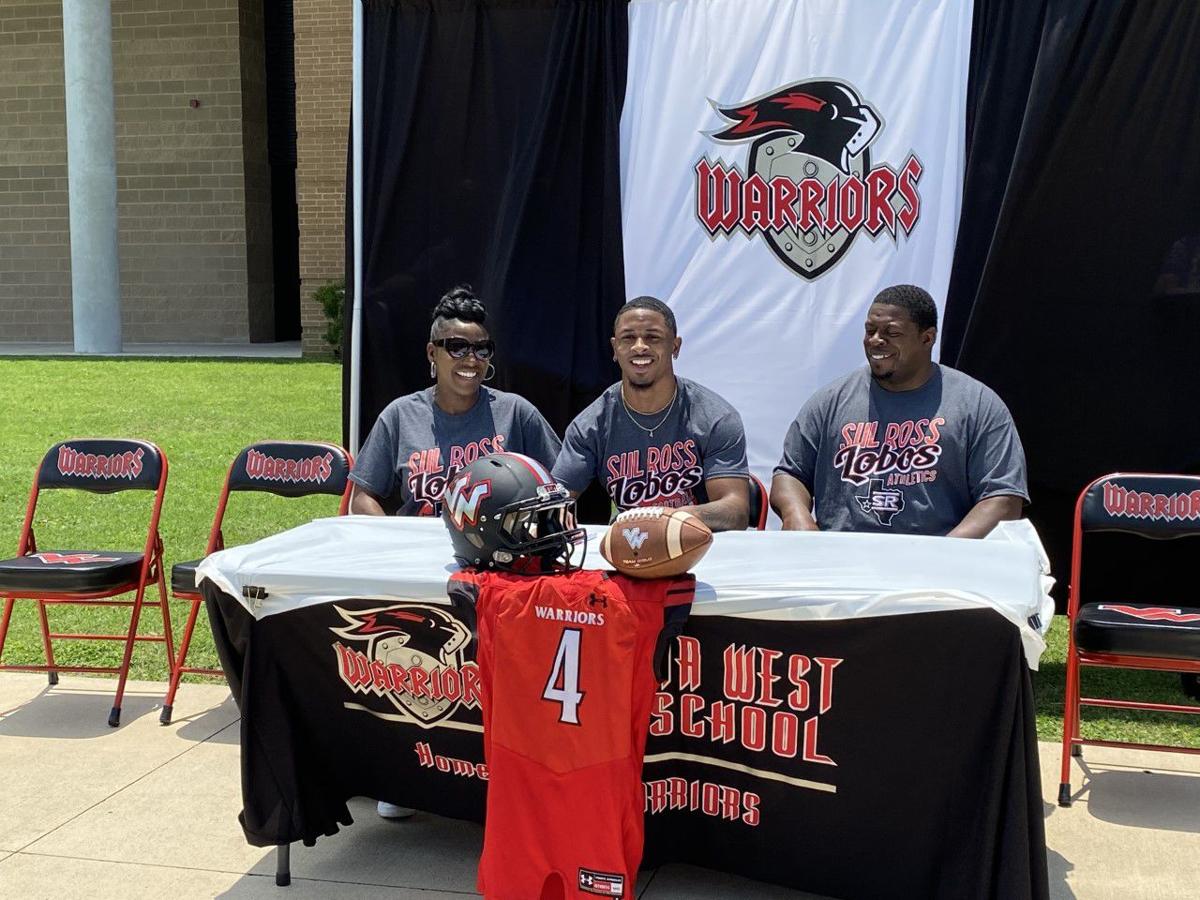 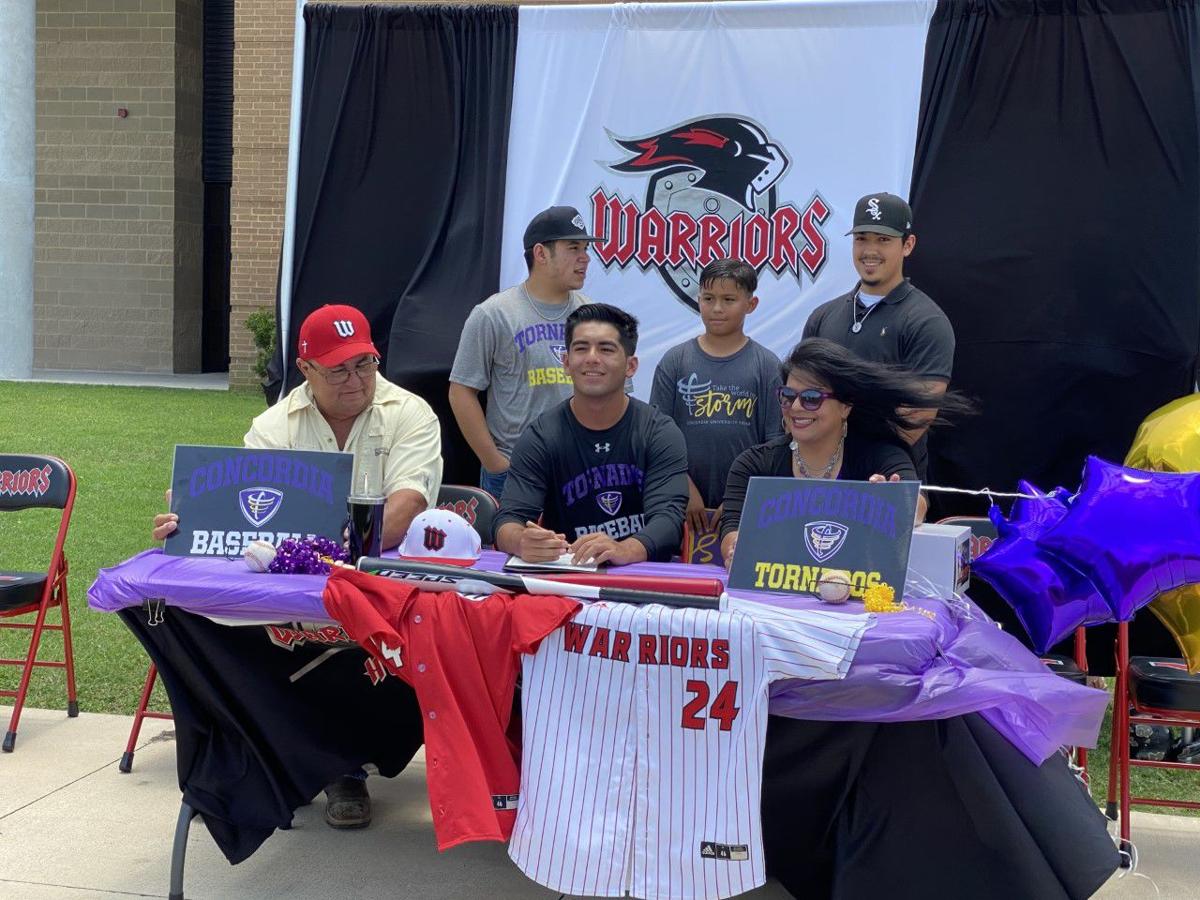 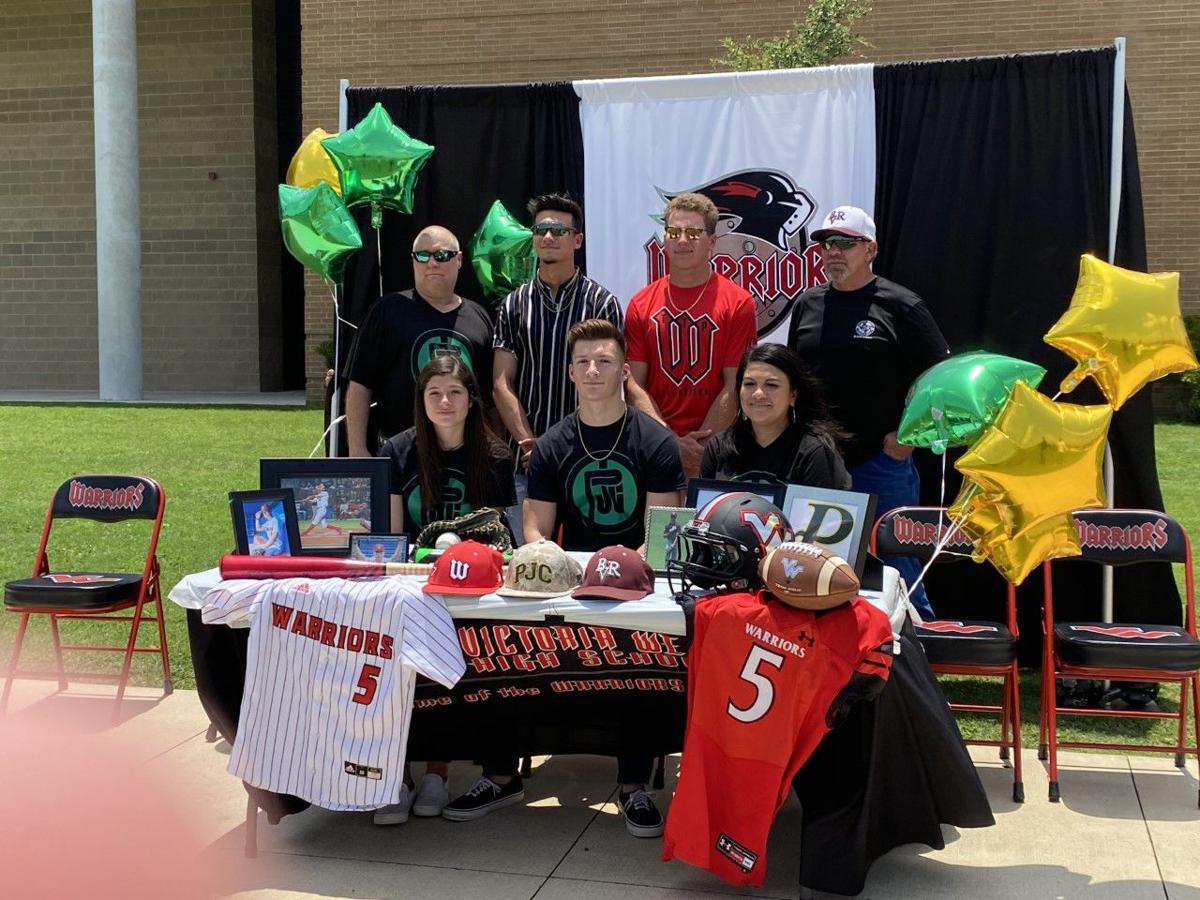 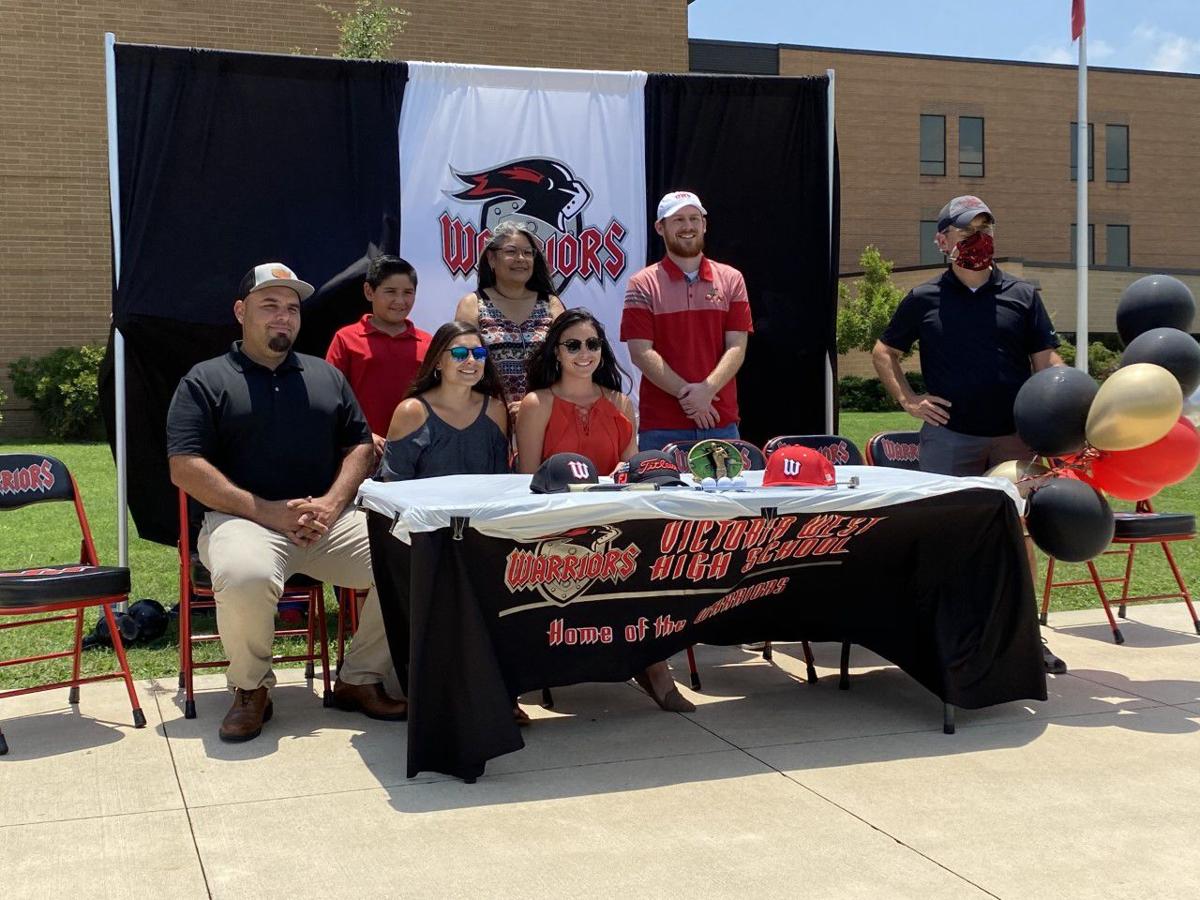 Victoria West’s Jonathan Buckner was unsure where he’d find a place to play football after his senior season.

Buckner made it official Wednesday, committing to play for the Lobos outside the high school.

Buckner was joined at the ceremony by Leila Bazan, who signed to play golf at UHV.

In addition, Bryce Sitka and E.J. Rodriguez, who had previously committed to play baseball, also took part in the ceremony.

“It’s really nice they were able to do this,” Buckner said. “The coaches and everyone didn’t have to do this and give us a signing, so for them to come out here and help us, it’s great.”

A big part of Buckner’s decision to play for Sul Ross came down to the players in Alpine.

“The coaches were amazing up there, and the players were what really drew me in,” he said. “It’s a young team, and I feel like it’s a great opportunity to play football up there. I had a great experience and think it’s a great environment.”

As a senior, Buckner recorded 93 tackles, six tackles for losses, two sacks, caused two fumbles, recovered one fumble and had an interception, while helping lead the Warriors to an area-round appearance in the Class 5A, Division I playoffs.

“My biggest goal is to try and be a starter, but academics are important too,” Buckner said. “I need to make sure I get all my classwork done, maintain good grades and go out and play football to the best of my ability.

Bazan, who earned three letters at West, is thankful to continue her athletic career on the collegiate level.

“It’s always been a dream of mine to do this,” she said. “I’ve always wanted to play golf and it means a lot to me that I’ll be able to keep doing it.”

Bazan is happy to be going to school in her hometown.

“I wanted to stay local and be close to my family,” she said. “That was really important to me and it’s great that I’ll be able to do that.”

Leila Bazan is staying in Victoria and will attend UHV where she will play on the golf team. pic.twitter.com/hhUDODuo7I

Sitka and Rodriguez were thankful for a chance to celebrate with their classmates.

“The whole situation was unusual,” Sitka said. “But it’s great that we had the opportunity to do this. I was able to have some of my friends and family come out, and it was nice to come here one last time and have the chance to do a signing here.”

Bryce Sitka on being able to have a signing at Victoria West. pic.twitter.com/CuY7MkHwWZ

“This is everything I’ve wanted and even more,” Rodriguez said. “It’s exciting. I just have to keep everything I’ve been doing going, and be ready when I get to Austin in the fall.”

E.J. Rodriguez is excited to have the chance to play baseball at Concordia University. pic.twitter.com/1vgSHrs04K

Despite baseball season grinding to a halt, Bryce Sitka has been busy.