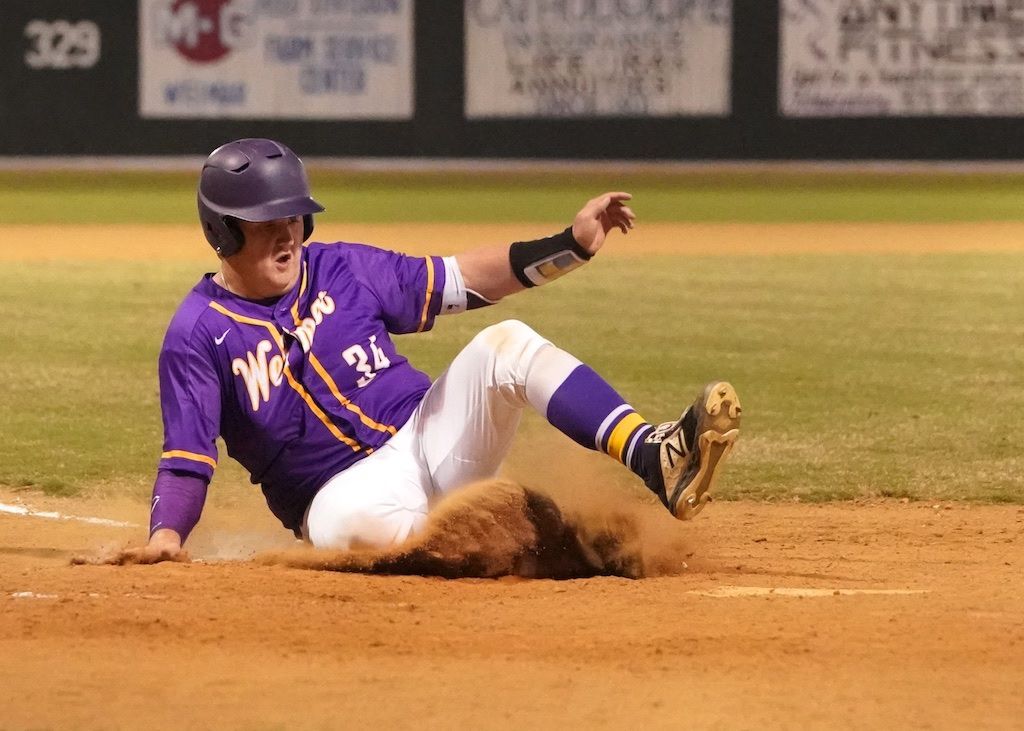 Jagger Fishbeck scored the fourth run for Weimar in the District 28-2A matchup against Shiner in Weimar in 2019. 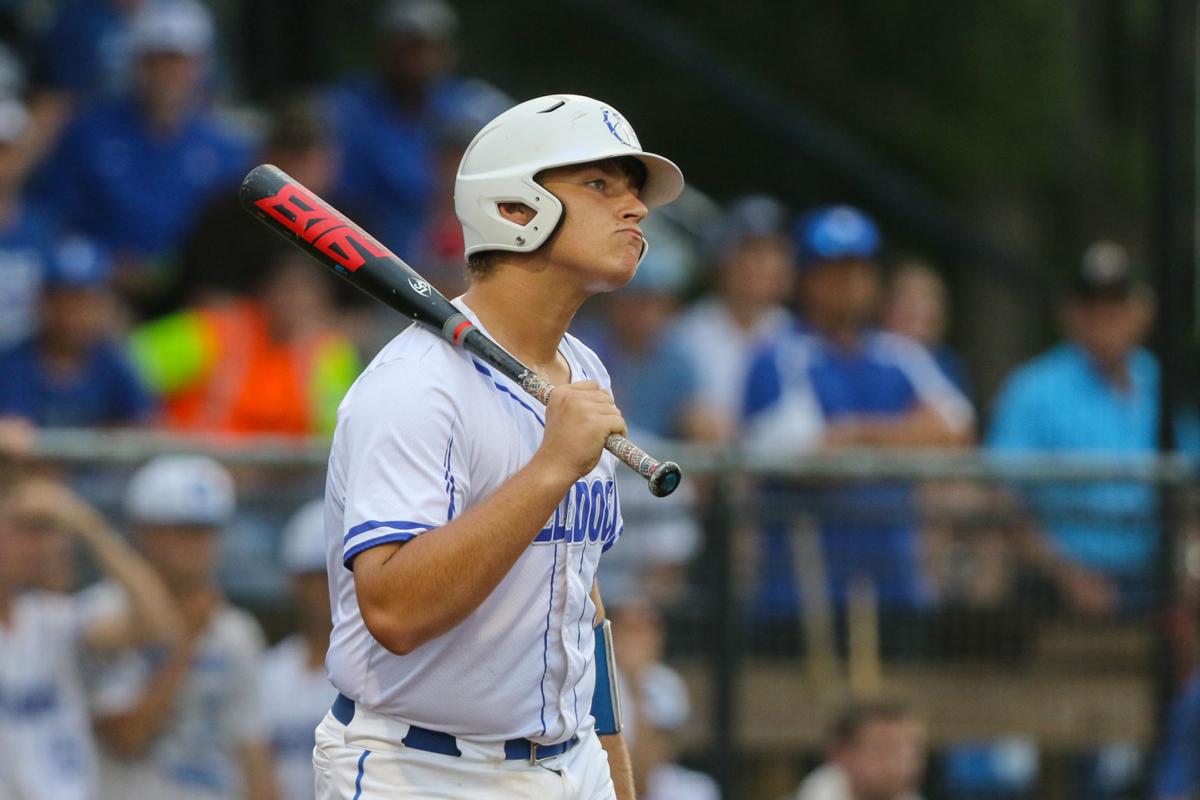 Yoakum’s Staton Pakebusch (10) bats during Game 2 of the Region IV-3A semifinal against Bishop on Thursday night at Riverside Stadium in Victoria. 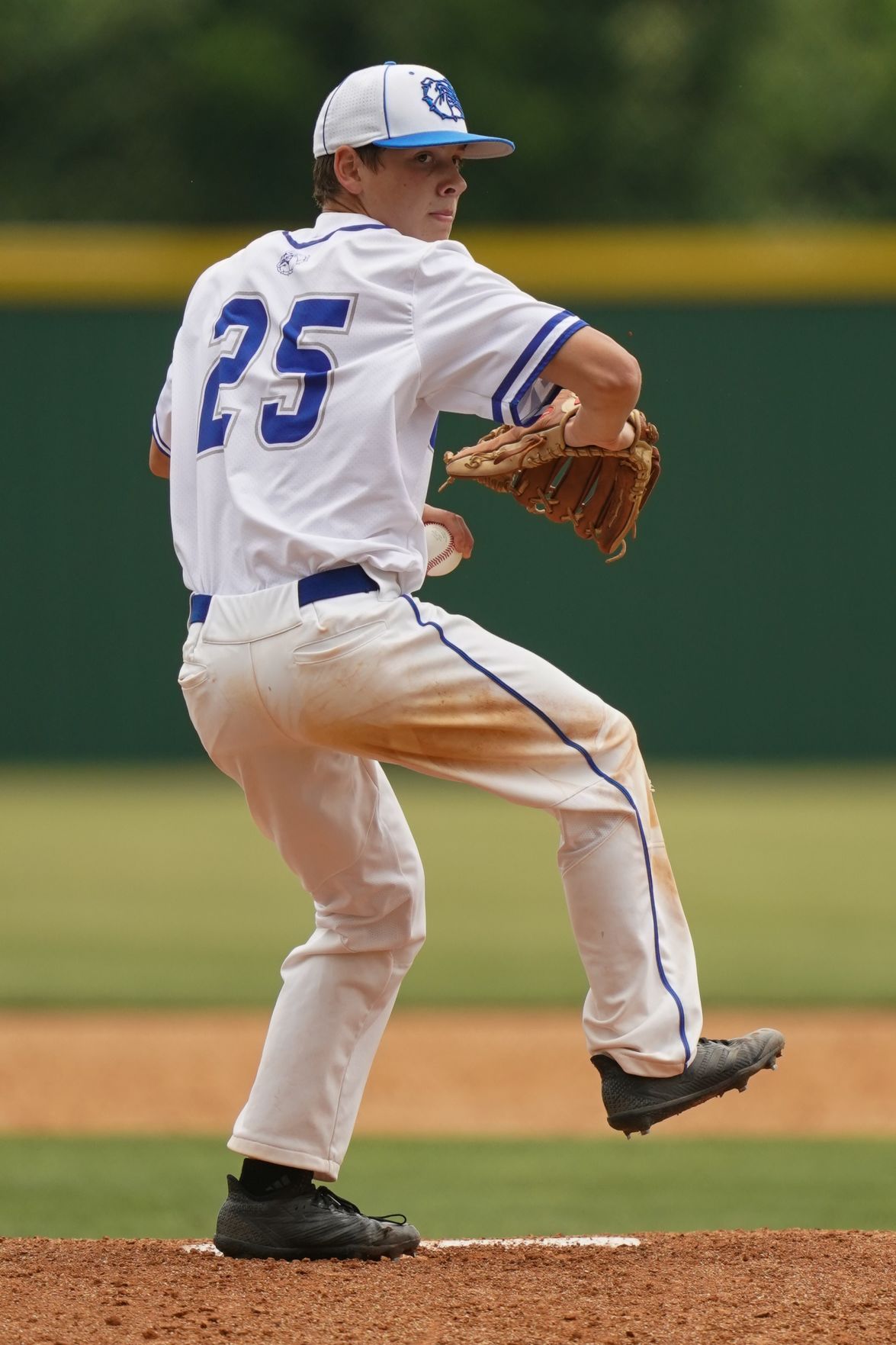 Jagger Fishbeck scored the fourth run for Weimar in the District 28-2A matchup against Shiner in Weimar in 2019.

Yoakum’s Staton Pakebusch (10) bats during Game 2 of the Region IV-3A semifinal against Bishop on Thursday night at Riverside Stadium in Victoria.

WEIMAR — Jagger Fishbeck and his Weimar teammates are too young to have witnessed Weimar’s five state championships and six state tournament appearances from 1996 to 2003.

They may have a vague recollection of when the Wildcats went back to the state tournament in 2013.

But they are well aware of the expectations of Weimar baseball.

“Ever since you’re born, you’re bred to play Weimar baseball,” said Fishbeck, a junior. “You just have to come out here and work to prove it.”

Weimar’s ⁦@WeimarBaseball⁩ Jagger Fishbeck ⁦@FishbeckJagger⁩ and the Wildcats want to add to their winning tradition. Weimar enters the season ranked No. 3. ⁦@2ATxHSBaseball⁩ pic.twitter.com/yFdyml9DCn

The Wildcats have a chance to build on their tradition as they enter the season ranked No. 3 in the Texas High School Baseball Coaches Association’s Class 2A poll.

“We have a lot of potential and we have a really solid pitching staff this year,” Fishbeck said. “We’ve just got to figure out how to hit the ball and to run the table, have a little luck.”

Weimar will be under the direction of first-year head coach Ray Ramos, who coached at Ben Bolt last season, which was shortened by the COVID-19 pandemic.

“Weimar baseball is known throughout the state as quality baseball,” Ramos said. “It’s rich on tradition and rich on winning the state titles. It’s something whenever you hear about it, it’s something you want to be part of and uphold that tradition and values not just to the team but to the community as well.”

Ramos grew up in West Texas and brings a high-tempo style of baseball to Weimar.

“I reference it back to the 80s (St. Louis) Cardinals,” Ramos said. “You get them on and the track meet immediately starts. You’re aggressive on the base paths. We’re big on situational baseball and putting the pressure on the defense. Ultimately, we’re manufacturing our own runs. The kids seem like it. High tempo, high intensity is the way I coach.”

Senior pitcher Trenton Chenard, who has signed with McNeese State, is confident the Wildcats will be able to execute their game plan.

“I feel like we’ve all adapted and we all really like Coach Ramos,” Chenard said. “We’re not where we need to be right now. Once we get rolling, we’ll get there.”

Weimar won’t have an easy road to the playoffs in District 28-2A, that includes Shiner, which won a state title in 2004, and Flatonia, which won back-to-back state championships in 2015 and 2016 and is the last area team to win a state title.

Hallettsville enters the season unranked but should not be underestimated.

The Brahmas won a state title in 2013 and are perennially in the playoffs.

Hallettsville will be a young team this season but won’t be without talent.

“I feel like we’re going to be a scrappy, young team,” said senior Ty Gerke. “I think we’ll be fine. We just need to keep working hard, keep having good at-bats and play great defense.”

Hallettsville won’t have to look far for competition as District 28-3A opponent Yoakum returns a number of starters.

“Pretty much, we’re the same team as last year,” said senior Staton Pakebusch, who has committed to Texas A&M-Kingsville. “We didn’t lose many people. We’re going to work as hard as we can and see what we can do and see if we can make it in the long run.”

El Campo had a 6-3 record when last season was called off because of the COVID-19 pandemic.

The premature end of the season is motivation for this year’s team.

The Ricebirds will be under the direction of first-year head coach Trent Popp and will again compete in Region III.

“We have a lot of seniors who are on the varsity for the first time and they’re stepping up,” David said. “We need underclassmen to step up and we all need to do our part to win games.”