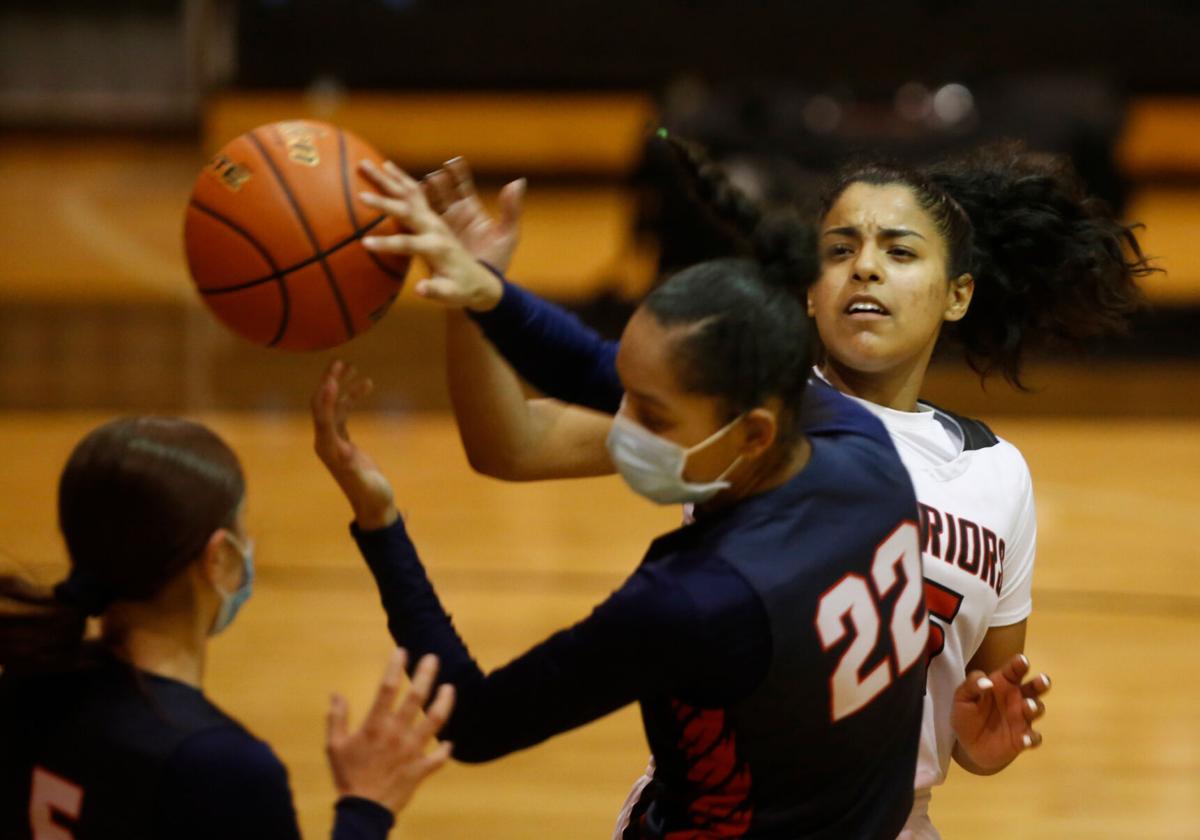 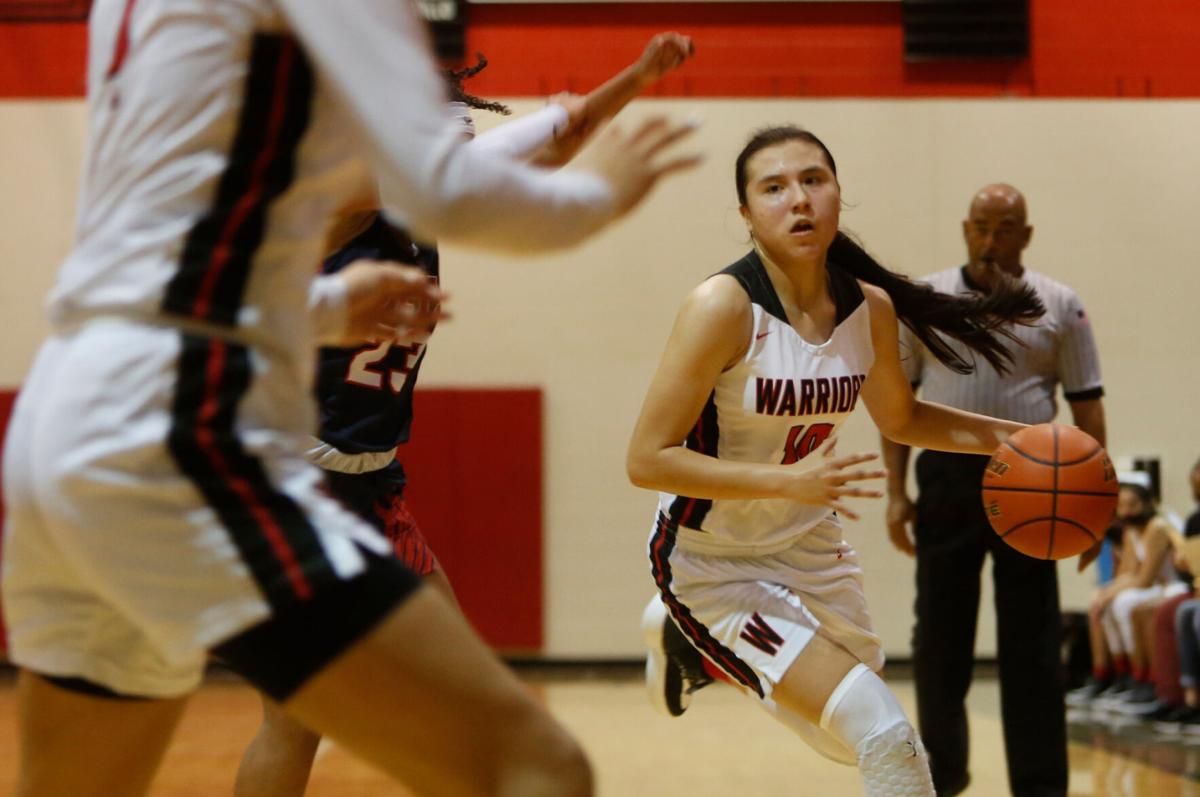 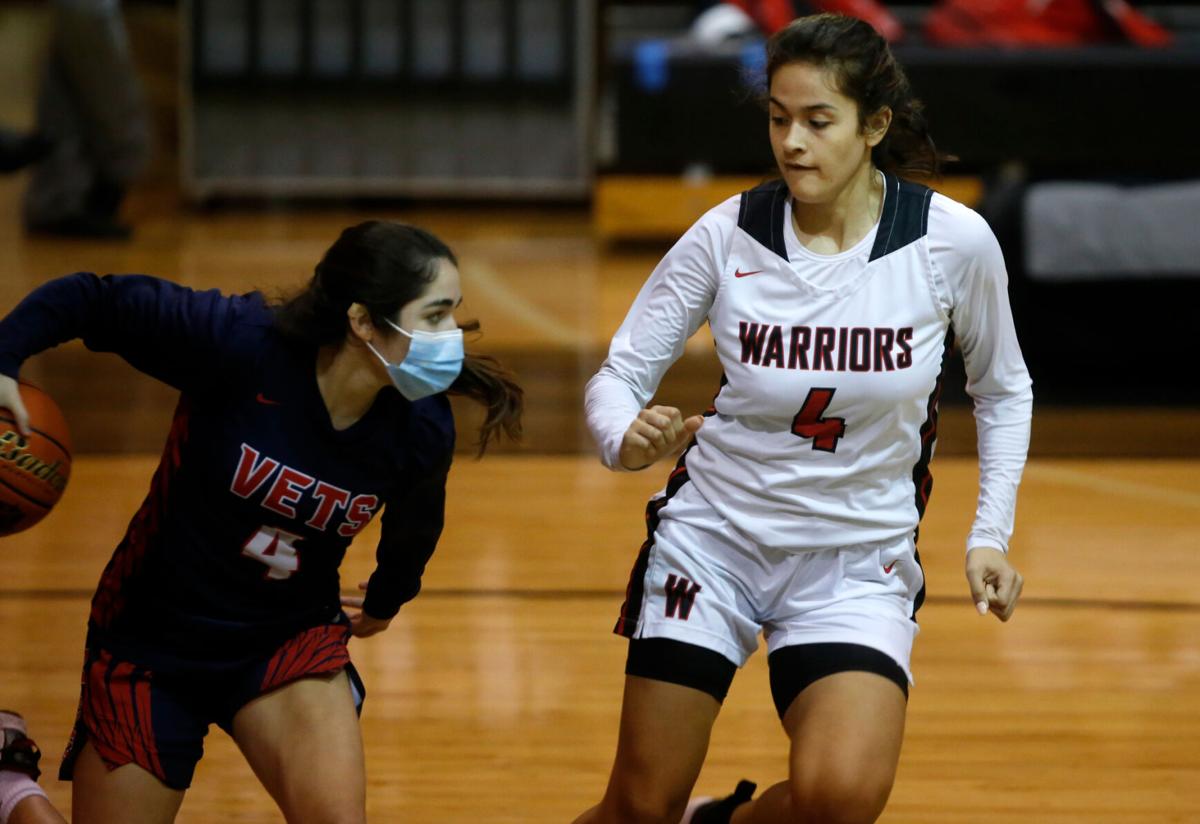 The senior forward for the Warriors was well acquainted with the talent on the Eagles roster.

“It’s a really good team with lots of really good players,” Castillo said. “We knew how we would have to come out to compete and fight for everything.”

West came out strong in the first quarter and even took an 8-7 lead off a Castillo bucket, but Veterans Memorial (15-2, 7-0) found its legs in the second quarter as the Eagles outscored the Warriors 15-5 to take a 28-15 lead into halftime.

“We had a good start but let things slip away from us,” Castillo said. “We just have to keep working on being consistent and moving the ball and breaking the press.”

The Eagles stretched their lead in the third quarter before West trimmed into the lead in the fourth before the final whistle.

Castillo was disappointed with the result but happy the team showed grit in the final quarter.

“It just shows that we won’t give up,” Castillo said. “We knew it was possible to come back, if we keep playing like that we’ll be good. We just need to work on not fouling as much, if we didn’t foul like we did it could have been a closer game.”

The loss drops the Warriors to 4-2 in district play.

“Before the game we talked about how we needed to make sure they knew we were here and that we were going to play them hard for 32 minutes,” said West head coach Sandra Jimenez. “The foul count definitely went against us but I’m proud of the way they stayed with it through the ups and downs of the game.”

But Jimenez also said there are things the team needs to work on moving forward.

“I wasn’t surprised we were close and competing in the first quarter, I just thought we were spending too much time on the defensive end,” she said. “That’s something we need to work on is just taking our time and making sure we spend time on the offensive end and be patient.”

Up next for the Warriors is Flour Bluff on Friday. West and Flour Bluff currently sit in the final two playoff spots in district.

“That’s a big one,” Castillo said. “We have to shut down a couple of their girls, continue working as a team and we have to come out and be confident and have our shots fall, we need to be hot in that game.”