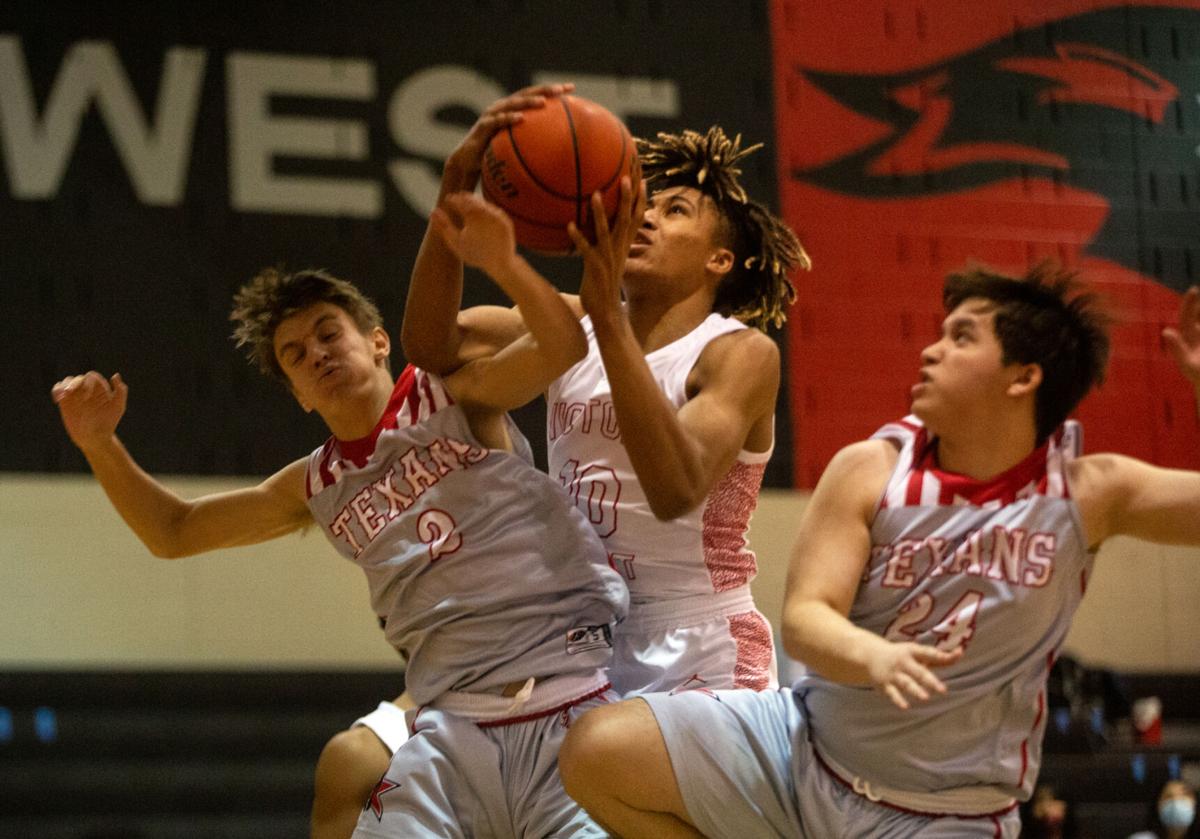 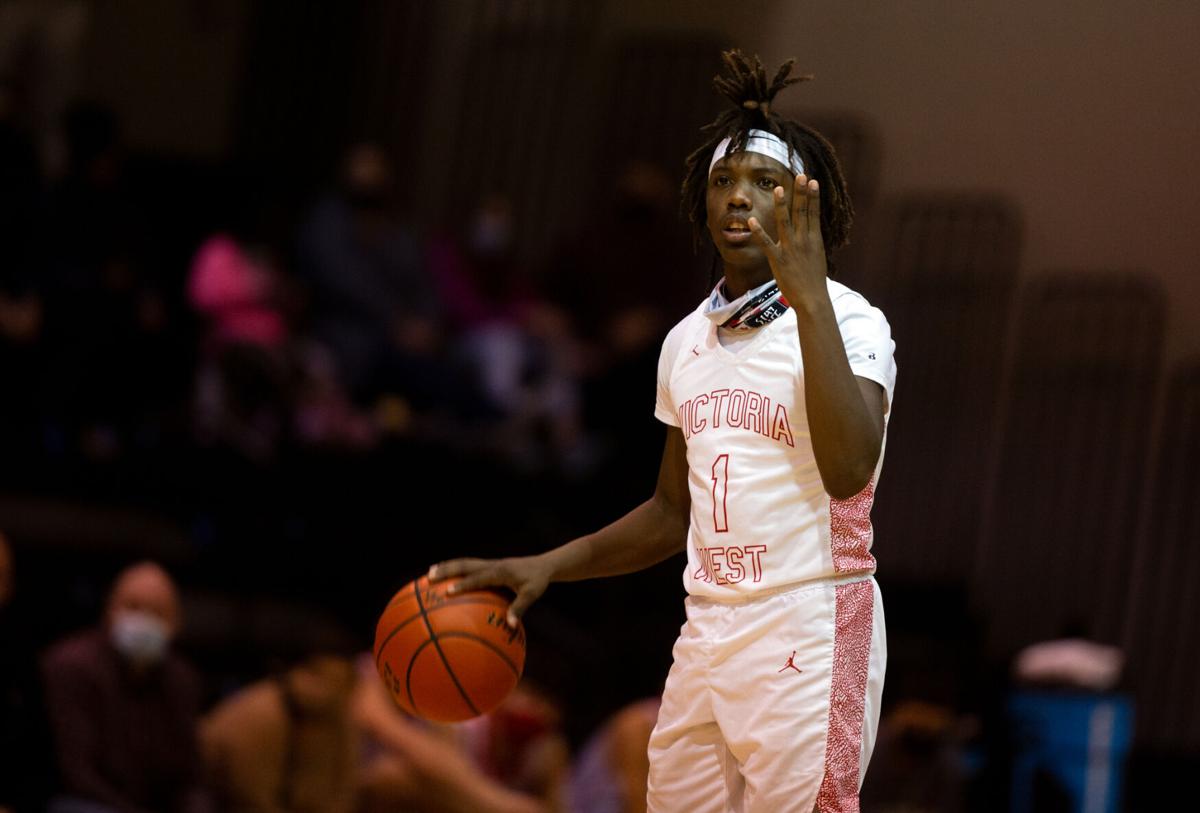 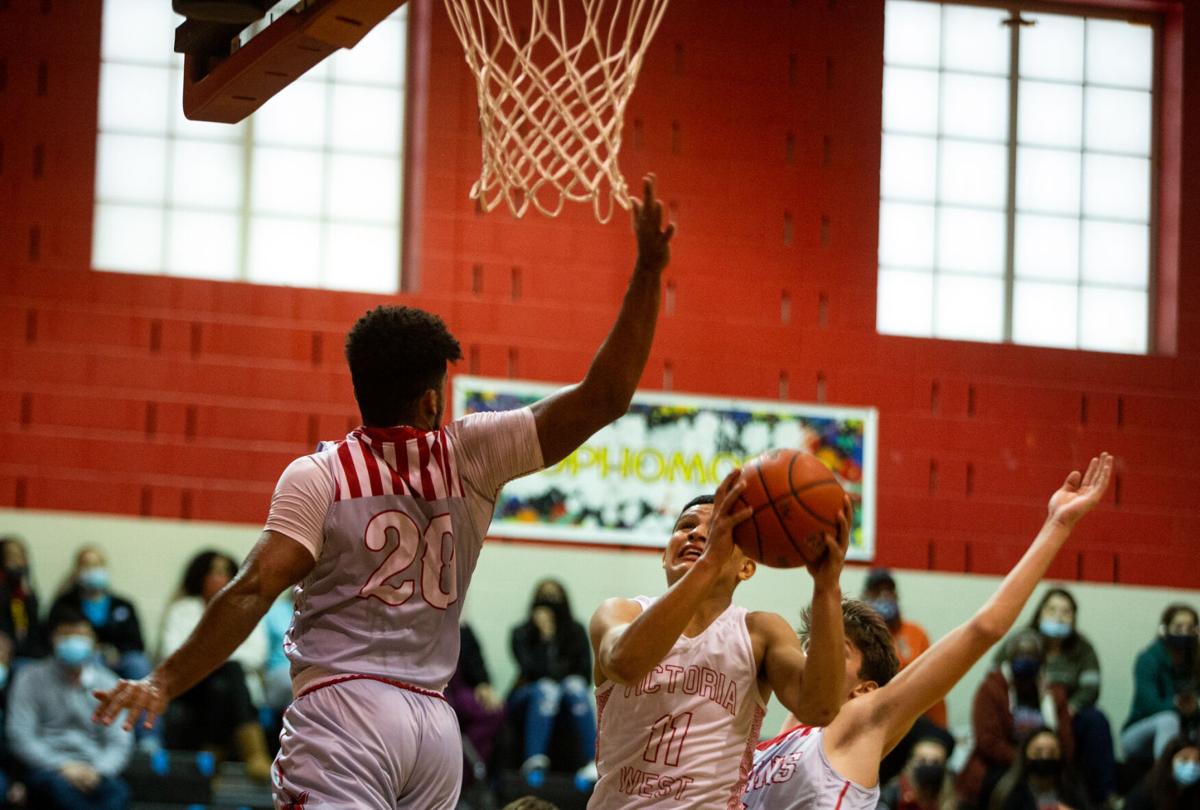 Victoria West finally was at full strength on Thursday.

After spending the first part of the season without players because they were still playing football, the Warriors had their full roster available for the first time this season as they played Corpus Christi Ray in District 29-5A.

“It was like having Christmas again,” said Jadyn Smith, a junior. “It was fun, we loved it and it was just good having those guys out there and what they bring to this team.”

“This is a special team,” said Dion Green, a junior. “There’s so much talent at every position and I just think we can go far and beat anybody.”

The Warriors started the game with a 10-0 run and led 22-6 after the first quarter. The Warriors stretched that lead to 31-13 at halftime.

“The key to that was just doing what we wanted to do coming into the game and executing,” said West head coach Pat Erskine. “We pushed the ball and we put pressure on their ballhandlers. We were fortunate enough to get out on them early and build that lead. It set the tone for the game and really our rebounding played a big part in that too.”

The second half was more of the same as West led 45-23 after three and kept up its strong play in the fourth.

Green capped things off with a dunk in the fourth, the first in-game dunk of his career.

“It was such a great feeling,” Green said. “My brother used to play basketball too, and knowing that I got a dunk before him and that I was able to do that in a game is awesome.”

Kevin Rankin led all scorers with 17 points, while Green chipped in with 10, Omar Posada had 9 and Smith and La’Trell Barfield both had 8.

“It was like a new Jadyn out there today,” Erskine said. “He’s shown glimpses of it and it looked like he could do some of those things, but today he went and he showed it. He really jumped out and got after it and was aggressive on the glass. That says a lot for him and his growth as a player.”

Green said it was an easy transition to go from the football field to the basketball court.

“The adjustments been easy because I had been playing basketball during football season,” he said. “So I already had the rhythm and it was just getting back with my teammates and they’ve made it easy.”

With the win the Warrior’s now sit one game up on Flour Bluff for the district lead.

“Ray was the district champs last season and we want that,” Smith said. “That’s our goal for this year is to win district and that’s how we have to play if we want to do that.”