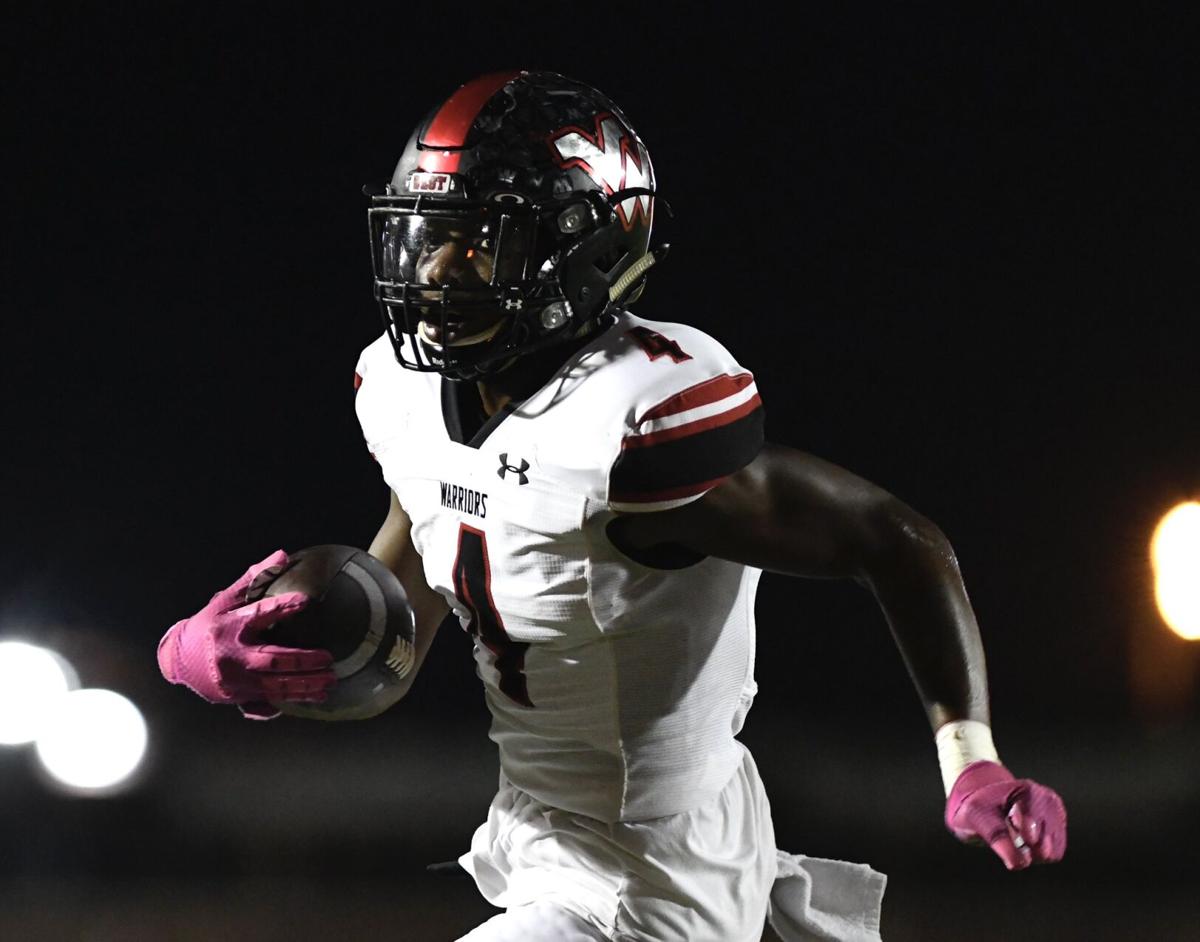 Victoria West’s Dion Green rushes into the end zone during Friday’s District 15-5A, Division I game against Corpus Christi Moody. 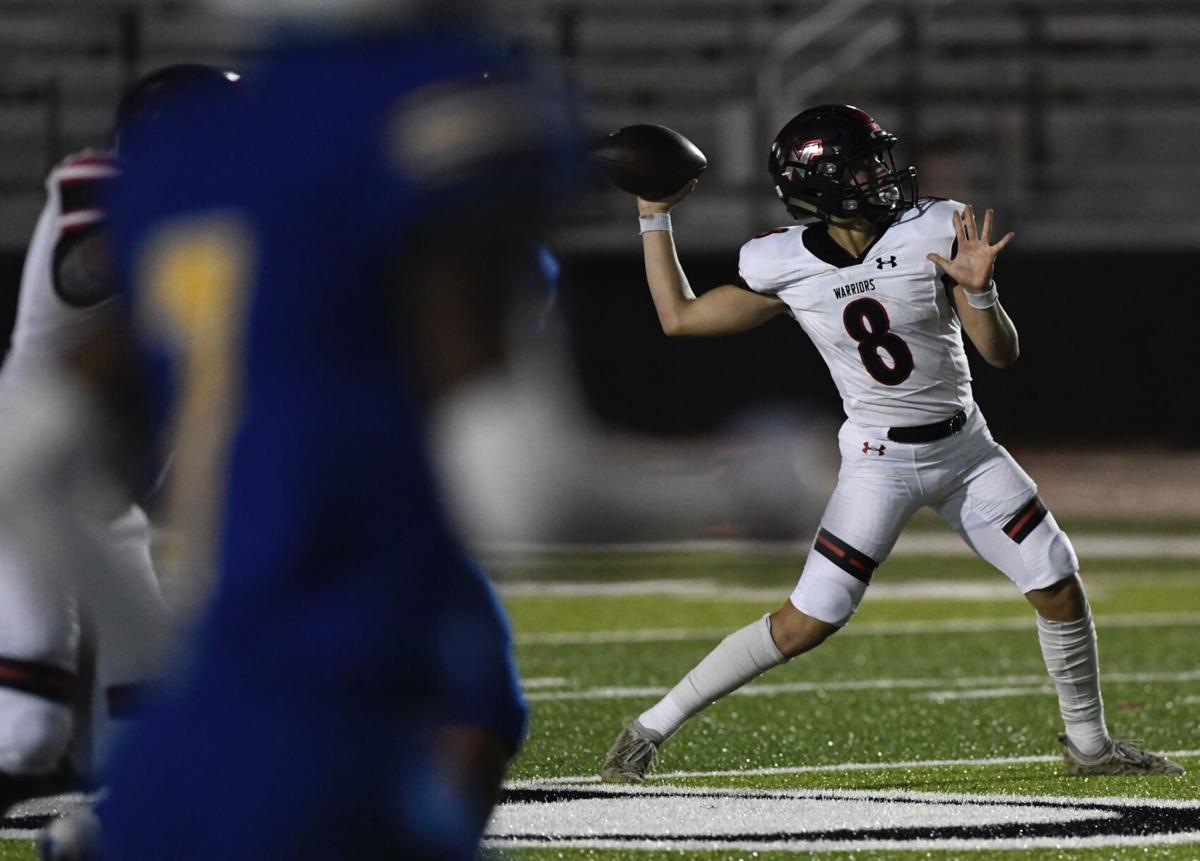 Victoria West’s Braden Luedeker prepares to pass in the first quarter of Friday’s District 15-5A, Division I game against Corpus Christi Moody. 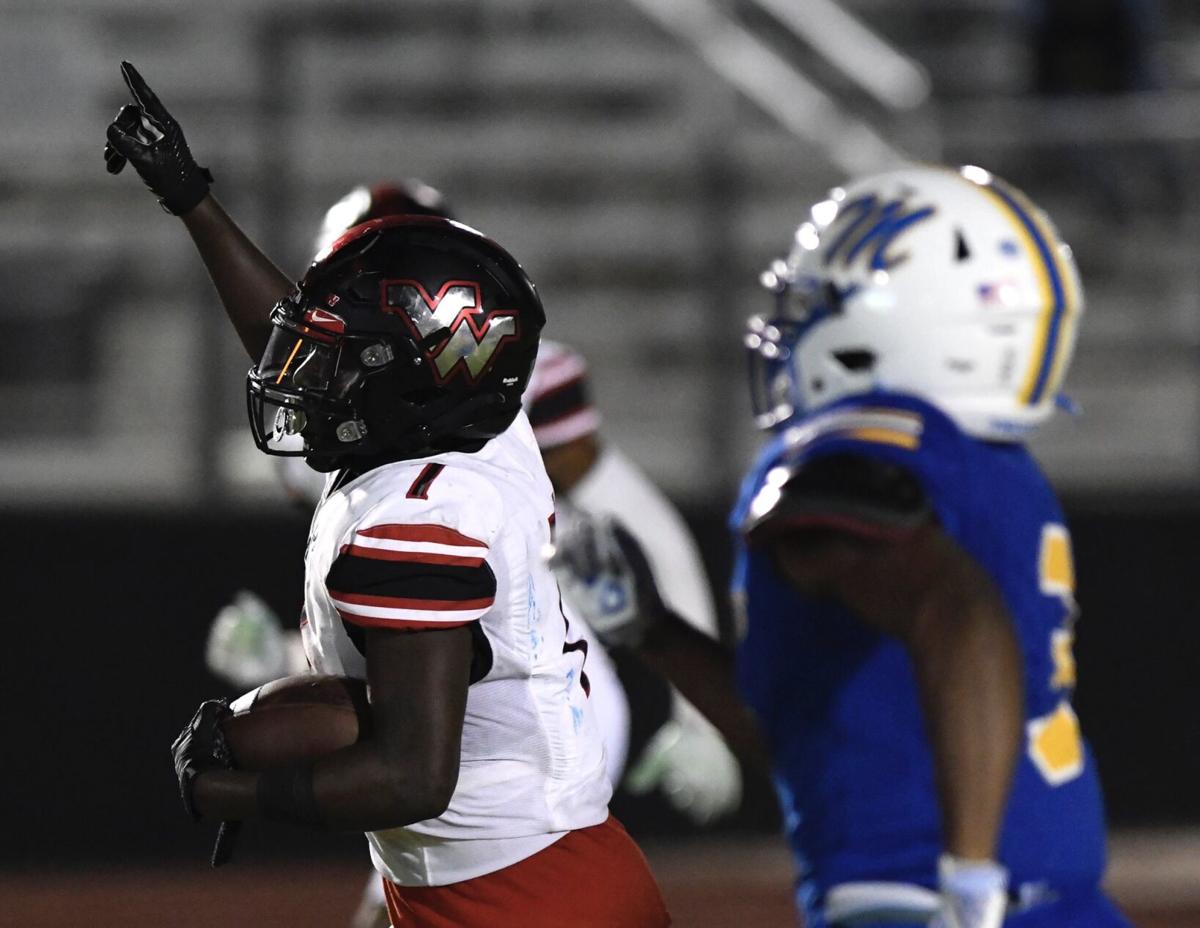 Victoria West’s Kibreante Williams gestures to the sky as he scores a touchdown in Friday’s District 15-5A, Division I game against Corpus Christi Moody. 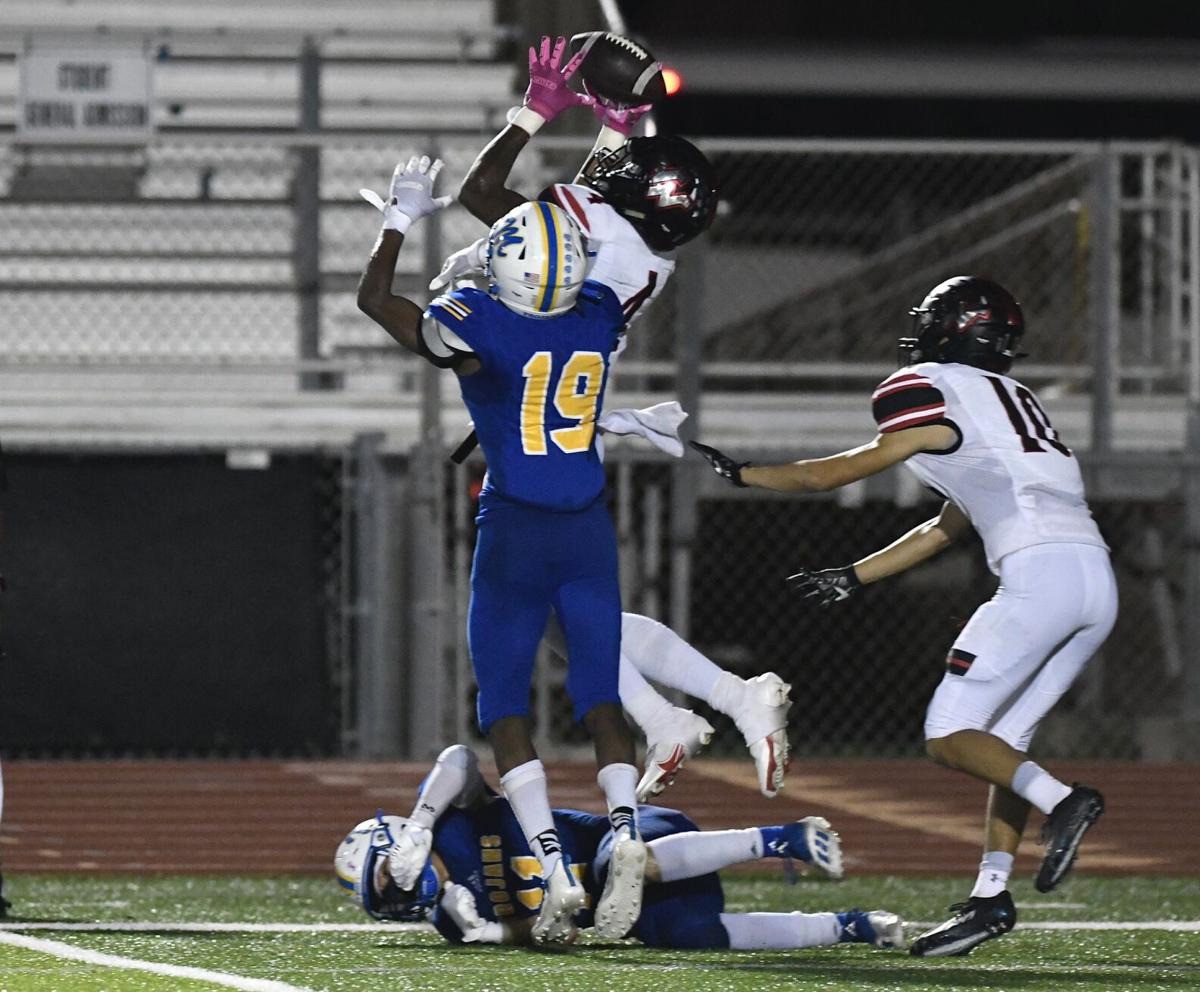 Victoria West’s Dion Green rushes into the end zone during Friday’s District 15-5A, Division I game against Corpus Christi Moody.

Victoria West’s Braden Luedeker prepares to pass in the first quarter of Friday’s District 15-5A, Division I game against Corpus Christi Moody.

Victoria West’s Kibreante Williams gestures to the sky as he scores a touchdown in Friday’s District 15-5A, Division I game against Corpus Christi Moody.

It’s meant as a rallying cry to focus on the task at hand, not anything in the past or future.

The Warriors had to stick to that mantra as they traveled to Cabaniss Stadium on Friday night to face Corpus Christi Moody with playoff implications at stake.

A win would put West in the driver’s seat for the fourth playoff spot in District 15-5A, Division I.

The Warriors are now alone in fourth place thanks to the win and a loss by Victoria East with two weeks left in the season.

“It’s fantastic,” said West coach Courtney Boyce. “We made some big plays. Dion made some really big plays, everybody did on both sides of the ball. (D’andre) Fillmore made some great tackles when they were trying to get to the edge. He was keeping them from being able to make quick cuts. You could just see that. But just as a whole defensively, coming out in the second half and creating just three-and-outs. That was big for us, big for our confidence.”

West capitalized on two turnovers on downs by Moody in the first quarter. Green would score on a 38-yard reception from Braden Luedeker on the first. Kibreante Williams scored on a 2-yard carry on the next drive to eventually put West up 15-0.

Green punctuated the win for West with his third touchdown grab of the night, this one a 22-yarder from Luedeker on 4th and 17 to put West up 39-14 at the time.

After protection broke down for the sophomore quarterback Luedeker, Green knew he had to find a sliver of room to give his quarterback a chance.

“I was just trying to get open and hoped he’d throw it,” Green said. “He did and I caught it.”

Green finished the game with four catches for 70 yards and three touchdowns.

Senior running back Kibreante Williams rushed for 144 yards and two touchdowns on 23 carries in the win.

Williams scored on a 2-yard run during West’s second trip to the red zone.

The Warriors were able to come away with points four of the five times they drove inside the 20-yard line.

While the three touchdowns certainly helped, Boyce pointed to senior kicker Armando Rojas’ 37-yard field goal that gave West an 18-point advantage with 7:12 left in the third quarter as the turning point.

“Obviously the touchdowns are big,” Boyce said, “but I think the crucial point of the game was the field goal to put us up 18. It was the biggest (red-zone drive) of them all.”

Moody found a groove in the second quarter, scoring twice to make it a two-score game at halftime on a 7-yard run by Dequwan Lindsey, and a 1-yard dive by quarterback Jon-Michael Ortega.

The Trojans finished with 223 yards of total offense. West had to deal with a surge from Moody after holding it scoreless in the first quarter.

West’s defense was able to finish the job.

“We’re a family, we don’t want to separate,” said senior defensive lineman Araqua Franklin. “We want to keep going as long as we can.”