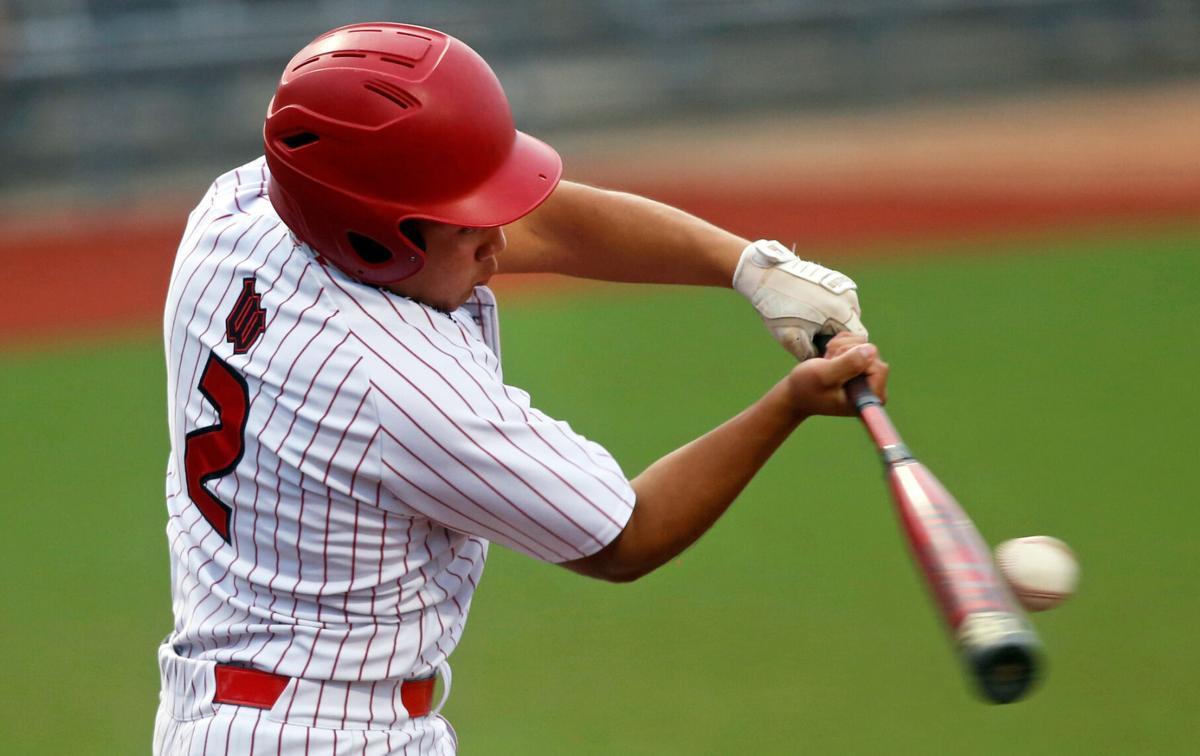 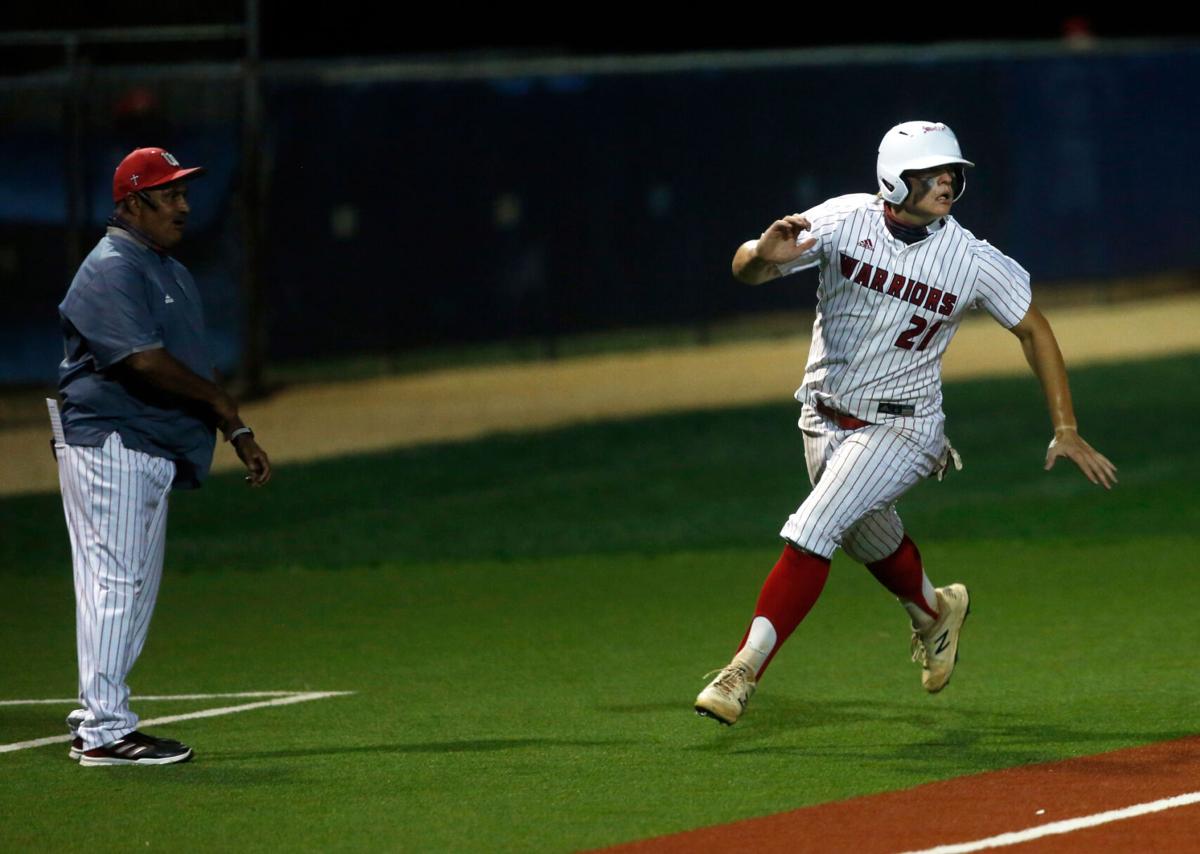 Victoria West’s Colten Matus rounds third base to score a run during Tuesday’s District 29-5A game against Corpus Christi Carroll at Riverside Stadium. 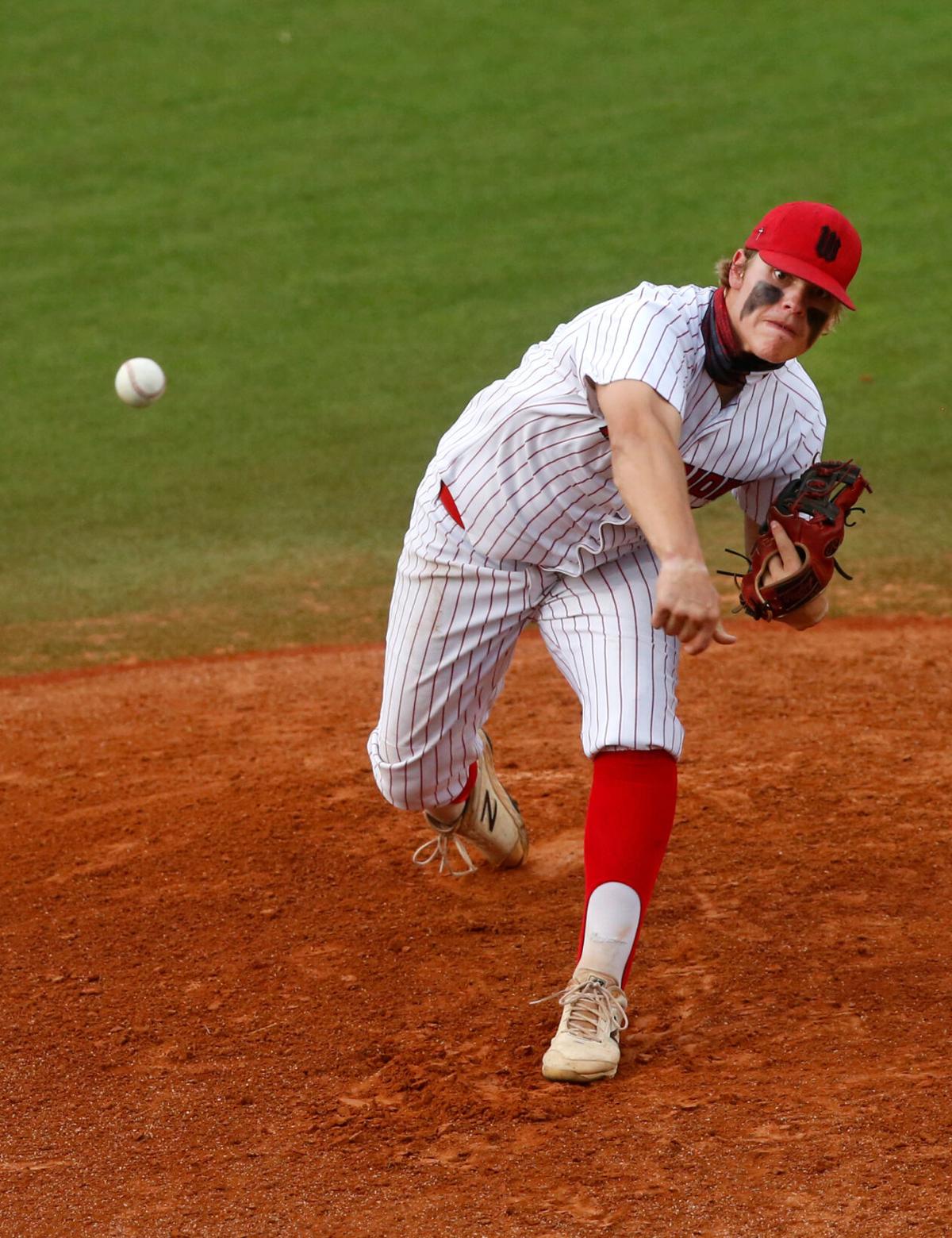 Victoria West’s Colten Matus rounds third base to score a run during Tuesday’s District 29-5A game against Corpus Christi Carroll at Riverside Stadium.

Manuel Alvarado would not have had his final season as head coach of Victoria West with any other group.

The Warriors dealt with their fair share of adversity this season, but Alvarado was happy with his 14 seniors.

“It’s been so special to coach this group,” Alvarado said. “Ever since they came in as freshman, I’ve watched them grow and mature as young men and having the chance to coach these guys this year was one of the reasons I stayed when I could have retired. I love these kids, they put a lot of work in the past four years and they are just a great group of guys.”

Alvarado coached his last game at Riverside Stadium on Tuesday night in a 6-4 District 29-5A loss to Corpus Christi Carroll, which clinched the fourth playoff spot.

“The guys have been fighting all year long, things just haven’t gone our way,” Alvarado said. “They have a never quit attitude and we’ve talked about that and they just refuse to quit.”

Colten Matus started on the mound for the Warriors (12-17, 4-11) and went five innings, allowing four runs and striking out three in the senior’s last home game.

“Baseball has meant a lot to me and it taught me a lot about life,” Matus said. “I’m a pretty emotional person and a pretty upbeat person. It’s taught me how to control those emotions, the coaches have taught me how to be a man. It’s been a huge part of my life ever since I’ve been 5 or 6 years old.”

The Tigers (17-11-1, 8-7) opened the scoring in the top of the first on as Diego Cardenas drove in Gavin Villegas with a two-out single.

Carroll scored another run in the third but West responded, scoring three runs in the bottom of the inning.

The first run scored on a bases-loaded walk and the other two runs came home on an error.

West left fielder Jose Aguilar was forced to the bench after three innings when he felt pain in his right shoulder.

“It kind of hit me early on that this was going to be my last game here at Riverside, Aguilar said. “And then my arm started bothering me and I had to tell coach I couldn’t go anymore. It just sunk in right there because I didn’t get to finish my last home game.”

Carroll scored a run in the fourth, one in the fifth and two in the sixth to take control.

Arnold Canales had a pinch-hit single in the sixth to score Tim Mendez, who was running for Matus, but the Warroris could get no closer.

“I love these guys, I love them with my whole heart,” Matus said. “We’re a family. I wouldn’t have wanted to play with anyone else and I’ll remember this time with them forever.”

Aguilar will miss playing for Alvarado and credits his coach with making him a better person.

“I’ve gotten really close with him,” Aguilar said. “When I was a freshman, we didn’t see eye to eye, but he’s helped me grow up. He’s taught me to be a young man and taught me to see the world in a different way. He’s given me so much advice from school to at home. He’s just a very great man.”

After the game, Alvarado was still coming to terms with his retirement.

“This has been my life since I was 7 years old,” Alvarado said. “It’s provided for me and my family and it hurts right now. But I’m so happy that I was able to coach so many great kids, that I got to see the camaraderie in this group. They love each other and you couldn’t ask for a better bunch of kids.”