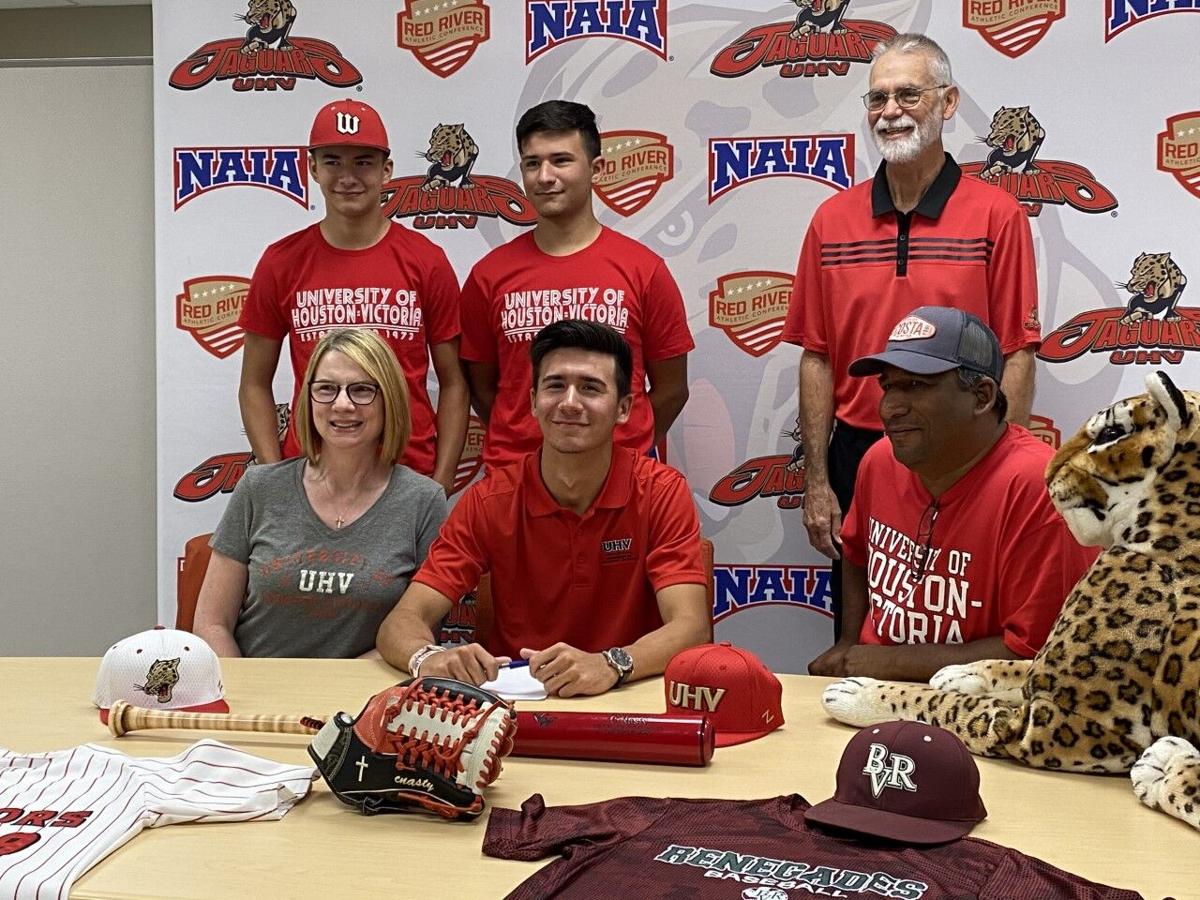 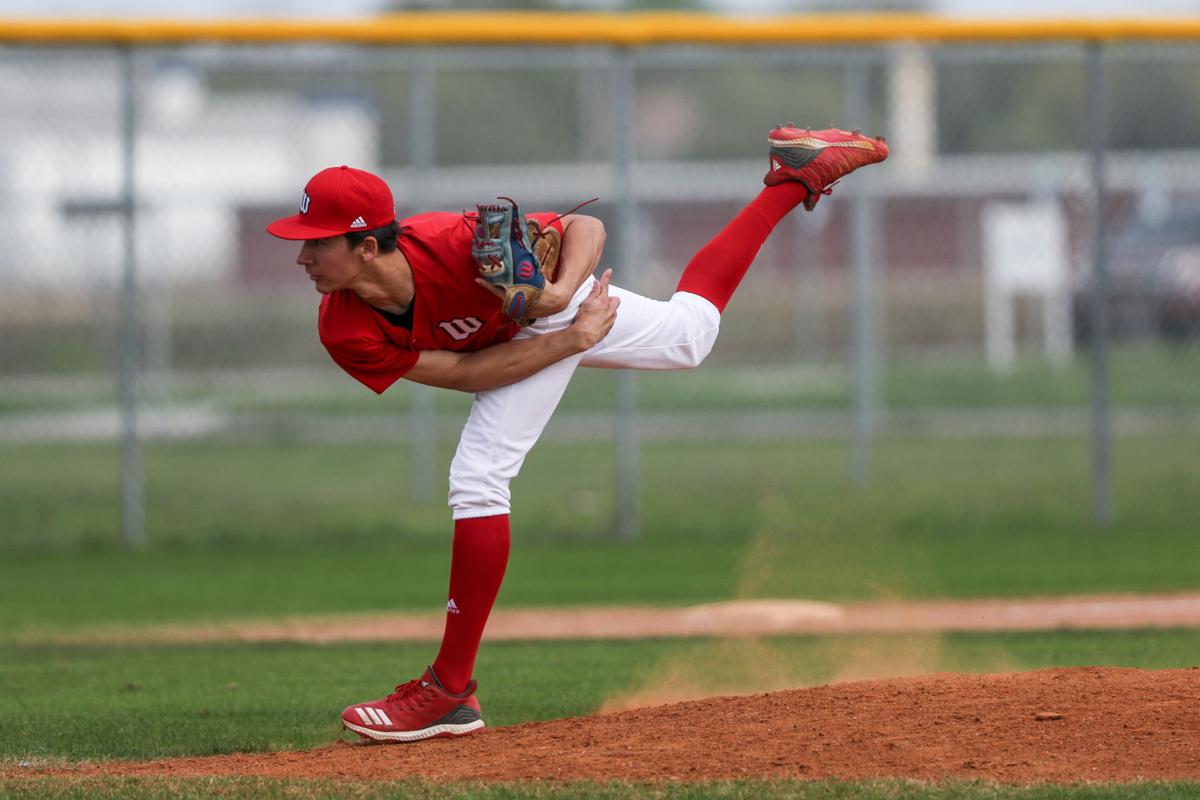 As Colton Salas mulled college offers, his mind kept bringing him back to one place.

Salas wanted a college where he could stay close to family and friends while also learning how to become better pitcher.

The Victoria West graduate found that in the University of Houston-Victoria, where he signed to play baseball Friday.

“Staying in my hometown and being able to play in front of my family was a big thing for me,” Salas said. “This program is also a really great program and I think it will help me get my name out there. Coach (Doug) Heinold is also a great pitching coach, and I think he will help bring the best out in me.”

Salas had other offers, but no program made a connection with him like UHV.

“I looked at some places and had some offers and I was trying to figure out which would be best for me,” Salas said. “I just kept coming back to UHV because they made me feel perfectly in place.”

Colton Salas @coltsalas9 signed with UHV today. He is excited to have achieved his dream of being a college athlete. pic.twitter.com/LN9JzDoOnu

Salas was limited to just three pitching appearances in his shortened senior season. He finished 1-1 on the mound with 15 strikeouts and hit .318 with eight RBI’s. As a junior, he had a 1.75 ERA and 16 strikeouts in 20 innings.

West head coach Manuel Alvarado was disappointed that Salas didn’t have more of an opportunity to play as a senior, but said he will be a good player at the collegiate level.

“I think he’ll be a very competitive player,” Alvarado said. “He works hard and has put in a lot of work with his pitching. We were excited to see what he would be able to do this year before the season got cut short. I think he will be a good asset for them on the mound.”

Alvarado thinks UHV will be a good place for Salas to grow.

“Being with coaches like Terry Puhl and Heinold, those guys have a lot of knowledge that will help him,” Alvarado said. “Colton will gain a lot of experience, especially being around a former major league pitcher. So I think that’s going to help him become an even better pitcher.”

Salas will be pitching in a familiar place for UHV.

Riverside Stadium, where the Jaguars play their home games, is where Salas spent his high school career pitching for the Warriors.

“I was able to play at Riverside a lot and Coach Heinold was able to come watch me sometimes,” Salas said. “I think that really helped, getting a connection with who I will be coached by and with UHV.”

Salas plans on working out on his own and playing select ball over the summer.

When he gets to UHV in the fall, he wants to be prepared and show the coaching staff what he can bring to the table.

“I want to go in there and prove myself,” he said. “I’m going to try to become a starting pitcher and get my stats to be the best they can be.”

But he is savoring the feeling of being a college athlete for the time being.

“It’s amazing,” Salas said. “This is something I have always dreamed about. Playing in my hometown is an even better feeling.”