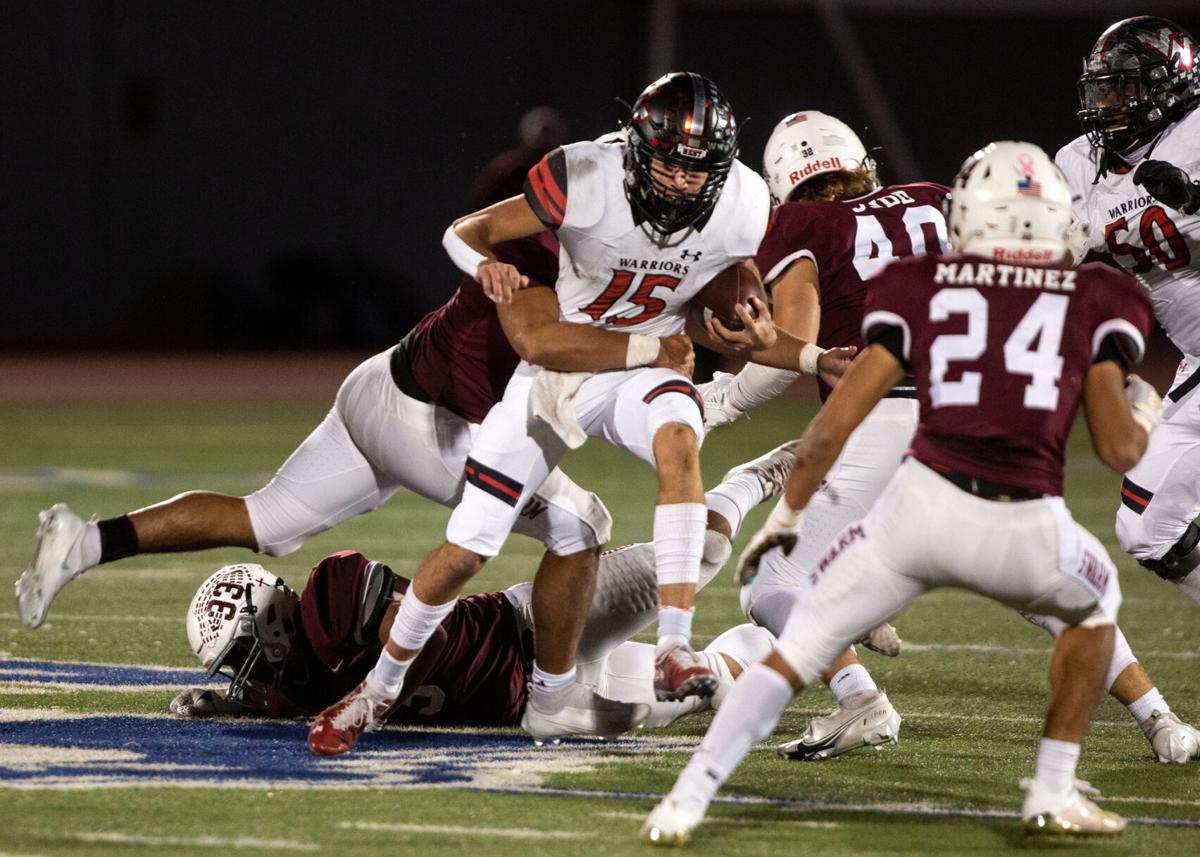 Victoria West’s Blake Buzzell is wrapped up while on his run during Saturday’s Class 5A Division I, regional round matchup against Flour Bluff at Alamo Stadium in San Antonio. 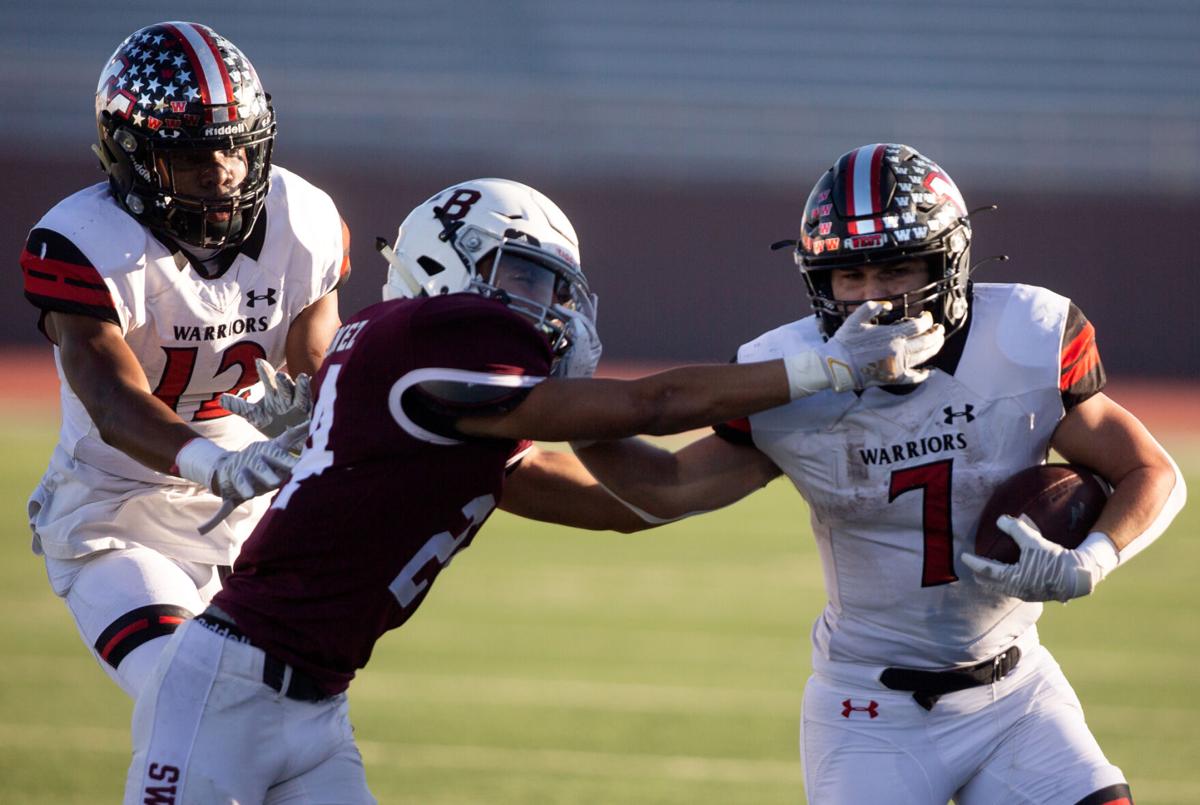 Victoria West’s Chase Patek runs towards the sideline to get away from a defender during Saturday’s Class 5A Division I, regional round matchup against Flour Bluff at Alamo Stadium in San Antonio. 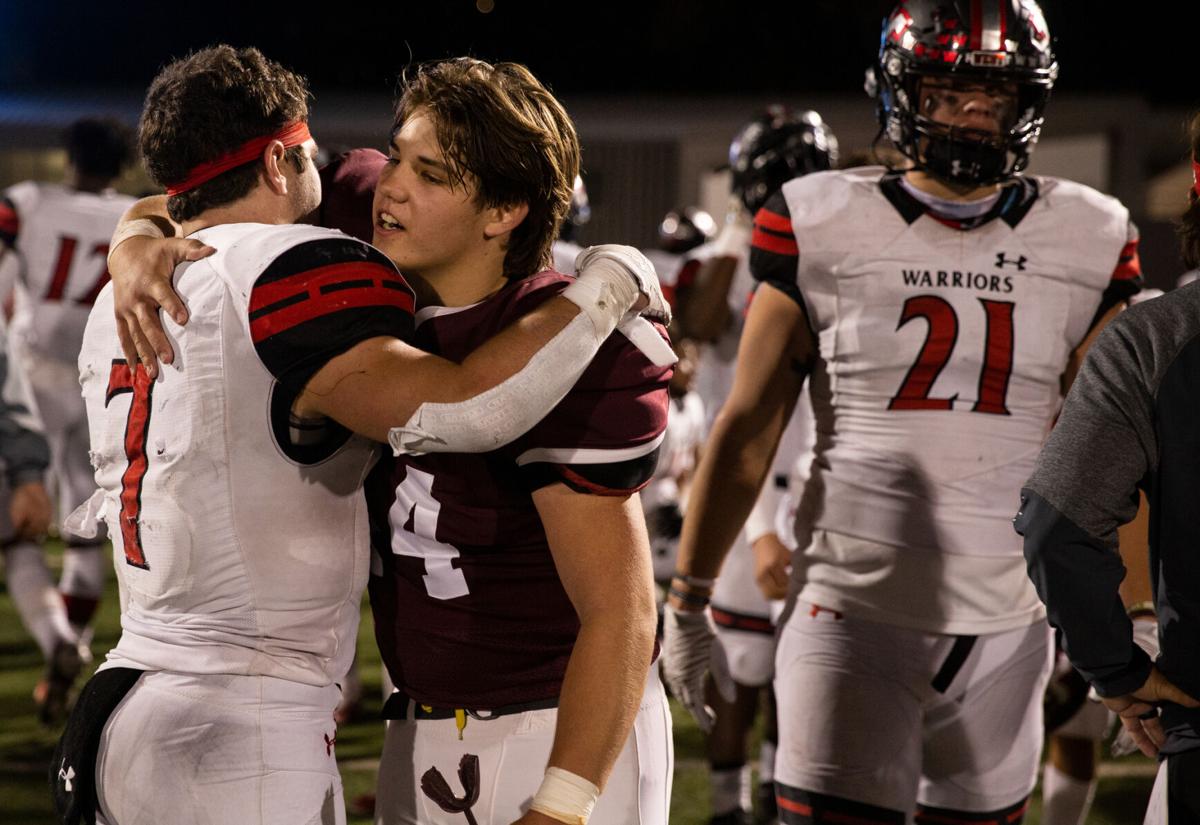 Victoria West’s Blake Buzzell is wrapped up while on his run during Saturday’s Class 5A Division I, regional round matchup against Flour Bluff at Alamo Stadium in San Antonio.

Victoria West’s Chase Patek runs towards the sideline to get away from a defender during Saturday’s Class 5A Division I, regional round matchup against Flour Bluff at Alamo Stadium in San Antonio.

SAN ANTONIO — Football has always been more than a game for Victoria West’s Chase Patek.

Throughout high school, football led to the strongest ties he had.

“Football, it’s always just meant family to me,” Patek said. “The relationships, the bonds, the whole senior class here. From freshman year to senior year, we got closer and our bond got stronger and stronger. It’s something we’re all so proud of.”

Patek and his teammates had already done what no Warriors team had done before by playing into Christmas week.

West was looking to continue its season on Saturday when it played Flour Bluff in the Class 5A, Division I regional round at Alamo Stadium.

The Hornets (11-1) scored the game-winning touchdown with just over a 1:31 left in the fourth quarter to advance to the quarterfinal round.

“No matter how it ended, we’re a whole team and we love each other to death,” said senior linebacker Jody Ybarra. “There’s a lot of seniors on this team and we played until the very end. We came up short, but we’re going to keep our heads held high, no matter what.”

Flour Bluff got on the board first with a 5-yard pass from Nash Villegas to Scottie Green on its opening possession.

West answered back late in the first with a 33-yard pass from Blake Buzzell to Patek.

The Warriors took the lead in the second quarter on a 64-yard run from Buzzell.

Flour Bluff answered with two touchdowns in the third quarter, one on a Villegas run and another on a 13-yard pass from Villegas to Aidan Featherby.

West was held scoreless in the second half until Buzzell found D’Andre Fillmore on a 39-yard pass with 3:59 left to pull withing two.

The Warriors tied the game with a two-point conversion pass from Buzzell to Fillmore.

“This team would never give up,” Patek said. “We kept on fighting no matter what was in front of us and we were just going to keep on fighting until it’s over.”

But it was not enough, as Villegas linked up with Featherby on a 28-yard pass to set the Hornets up inside the 10, despite great coverage from Johnny Martinez.

Villegas cashed in on a 3-yard run for the decisive score.

Ybarra had 11 tackles and a sack to lead the defense, while Adam Diaz and Joel Silva each had eight tackles.

“It’s just their resiliency,” said Victoria West head coach Courtney Boyce. “They didn’t take any shortcuts. They came to practice every day with intensity and extreme focus, and they continued to learn and get better.

“They were never satisfied on the field and as coaches it was a group that we could really make changes with during the week and add wrinkles into the game plan. They handled everything we threw at them and they did a phenomenal job all year.”

Patek and his senior teammates were proud of their accomplishments.

“It was a special group, I don’t even know how to explain it,” Patek said. “It sucks that it had to end, but I wouldn’t trade this group for anything.”

Both Ybarra and Patek were among the senior leaders on the team and they left the underclassman with a message for next season.